Since I wrote last week’s Third Culture Kid post on relationships, I decided I wanted to hear from a first culture kid about what it’s like to date a third culture kid. I wanted a different perspective. Who better to ask than my own husband, Jordan? 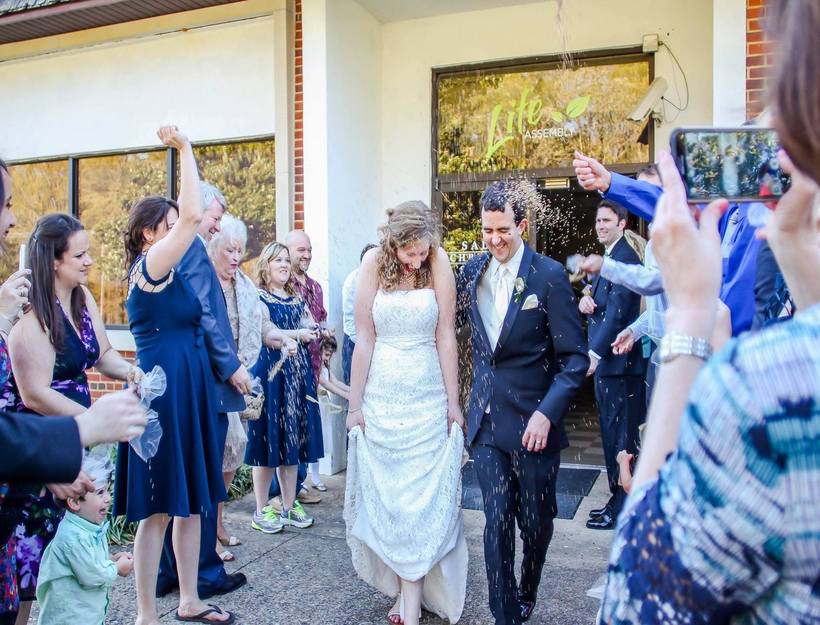 Unlike me, Jordan is a first culture kid (FCK). He might not have had a childhood like mine, but that hasn’t affected our relationship like I thought it would. Jordan is very adventurous and has a unique perspective.

I asked Jordan similar questions to the ones I used in my previous post. Here’s what he had to say to third culture kids (TCKs) looking to have a relationship with FCKs:

[Emily] So, let’s talk about you a little bit. Where did you grow up?

[Jordan] In the United States, specifically Pittsburgh and Richmond, VA.

Would you say your childhood has impacted your ability to form strong relationships with other people?

Yes. I was very introverted as a child, so that made it hard for me to open up to people—to take the initiative, to make the effort. I had a fear of rejection. But when I went to college, that sort of changed. College made me come out of my shell. I still have moments of introversion, but I’m much more likely to strike up a conversation with a person I don’t know than I used to be.

Do you gravitate toward people who have traveled, or who are of a different ethnicity or nationality than you?

Yes. I find their stories interesting. And their cultures. It’s different from me, so I want to know more about them and who they are.

Do you find that arguments and disagreements between you and me are a result of a difference in culture or personality?

I want to say personality, but I also don’t want to disconnect the two. I think that personality can be greatly impacted by culture. To say that it’s one or the other, I think, ignores the close relationship. Your cultural experience had a significant impact on your personality.

Do you think if I hadn’t grown up overseas then it would be a difference in personality?

Do you believe my TCK upbringing has affected our relationship?

I would say yes. I don’t see how it couldn’t. But your TCK upbringing is a part of who you are, so I can’t really point to specific traits that I could attribute to your TCKness. I know it has impacted you in some way.

Do you see my TCK upbringing as having a positive or negative effect on my life and relationships?

I think it’s both. I think it’s positive because you have been given experiences and exposures that anybody else I know does not have. And that gives you a different perspective on everything around you—from the way we go grocery shopping to the latest political current events—and your perspective on them.

But from a negative perspective I think it impacts your ability to start relationships because you’re so used to saying goodbye. Even though there may not be a reason to say goodbye that you know of in the near future, that’s just something you got used to.

What should TCKs keep in mind if they have relationships with people who are not TCKs?

I would say that TCKs need to use the same mindset of how they approach another culture when they’re trying to have a relationship with someone.

Also, don’t overlook the simple things, the things that we may take for granted as insiders. The things that—speaking from an American perspective—we think of as what defines being American. That we do automatically. Like watch football.

Any final thoughts on your relationship with a TCK?

It’s exciting to me. I don’t want to be in a relationship with myself. I want to be in a relationship with somebody else that makes me better. That makes life interesting. If I’m honest, I’m actually a little jealous of the unique worldly experiences you’ve had. I want to travel. I want to be the one going to somebody’s apartment to dinner with fifty plates of food on the table, where it’s an all-night affair. In a language that I may not really understand. But I didn’t grow up that way. So if I couldn’t have those experiences, it’s exciting to be with somebody who did.

Thank you, Jordan, for sharing your thoughts with us.
*