I come from a family of artists. All of us have a talent for some art form, be it painting, design, music, drama or writing. So I didn’t find it too odd growing up that my family was never keen on football. We just weren’t a sporty family. 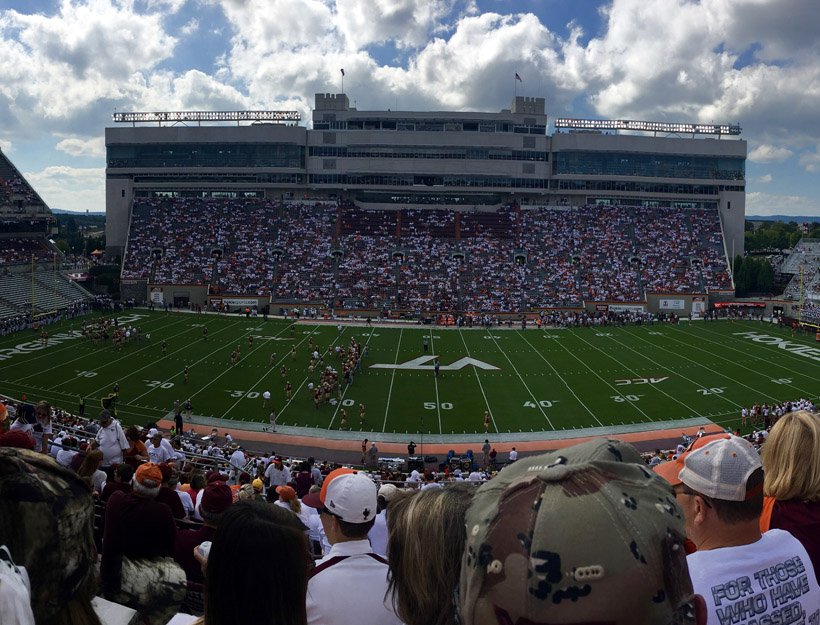 We were also a family of expats and third culture kids (TCKs). If we had been a football family, we would have had to work extra hard to keep up with the sport back home. At my international school in Kazakhstan, there were Americans who worshipped football. They had their teams and their players. Once a year on Super Bowl Sunday, they would wake up in the wee hours of the morning to watch the game on the internet.

To me, that just seemed like too much for a sport I didn’t really understand.

I graduated high school and returned to the states 10 years ago. Since then I have attended homecoming games, and yes, even Super Bowl parties. In college, I had friends who met every Monday night to watch football. I would be there too, sitting in a corner of the living room with my literature textbook in my lap. What I enjoyed was the food and the camaraderie, but the actual game on the TV did not impress me.

I put in an effort, but I never quite got it: the appeal, the draw, the same enjoyment of the game that my American friends did. Perhaps it seems silly to you, dear reader, that I would spend so much effort on a sport. After all, there’s so much more to American culture than football. But I am a TCK, and for one aspect of American culture to remain elusive and bewildering to me did not sit well with me.

A few years ago, a former roommate of mine invited some of her friends over. As we were sitting in our dining room talking and playing board games, the conversation turned to sports. For reasons I can’t quite fathom, I passionately shared my issues with football. Eventually I proclaimed that I was done trying – the sport was impossible for me to like.

The young man sitting next to me who had started the conversation appeared perplexed and even a little sad. He then informed me that he passionately loved football, just as much as I seemed to hate it. I was slightly humiliated by my outburst: I – the TCK who prefers to blend in when I meet someone new – had instead made myself  stand out. My foreignness was obvious to all.

The young man was nice about it though, and we moved on. In fact, only a couple of years later we were married.

My husband is an American through and through. A graduate of Virginia Tech, he’s very proud of his Virginia Tech Hokies. Although he tempered his love for football while we were dating, I knew that football was going to become part of my life. 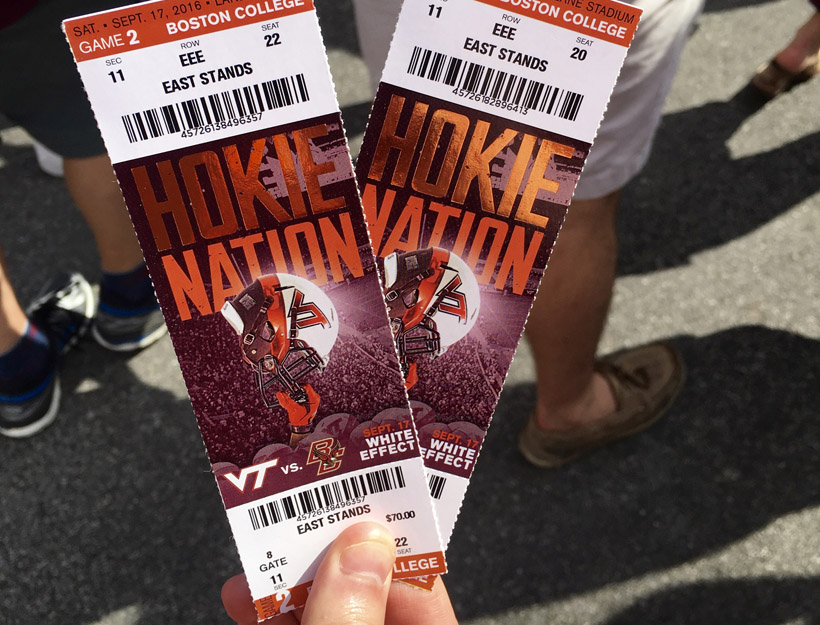 A couple of weeks ago, he took me to Virginia Tech for a game. And I will give him this: Hokies know how to put on a show.

From the tailgate parties to the color effect to the team’s entrance while playing Metallica’s “Enter Sandman,” I was overwhelmed by the culture associated with the team and the game. My husband acted as my translator and guide: he told me when to jump and when to shout along with the cheers. He took out his keys and shook them along with everyone else in the stadium when it was time for a “key play.” He taught me how to give someone the Hokie bird. 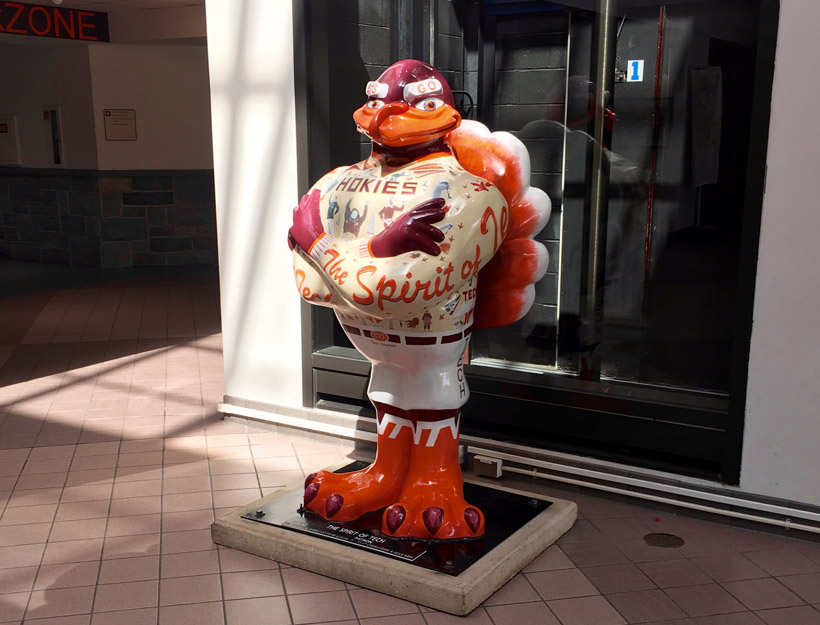 I also learned a lot about football that day. My husband explained the rules and objectives of football to me better than anyone ever has before. But it was the immersion into the Hokie culture that caused me to end up at the campus bookstore buying my very own Virginia Tech shirt. To wear to my next game, of course.

I’m still not a fan of the sport, but we have an understanding now, football and I. I think we’ll be friends now.
*