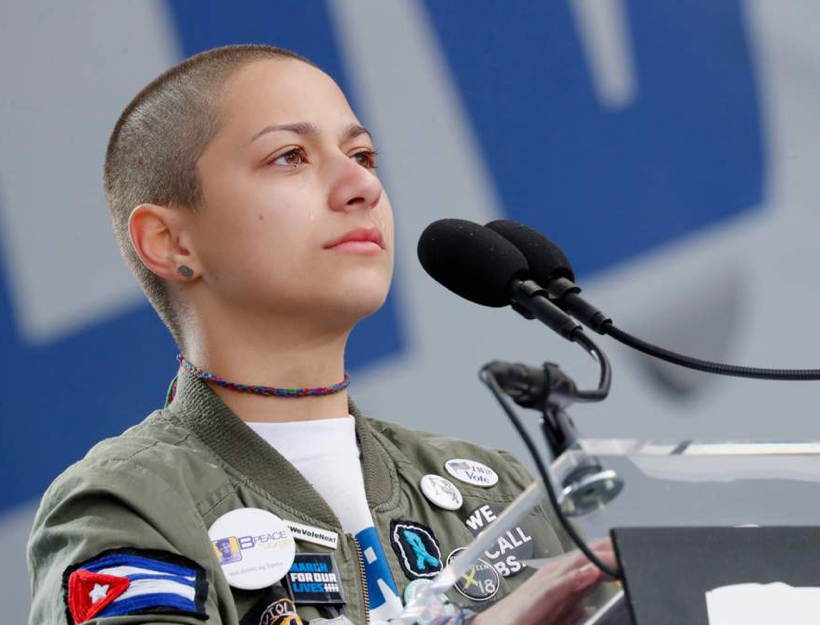 Emma Gonzalez, March for Our Lives

On Valentine’s Day of 2018 at 2:20 PM on the campus of Marjory Stoneman Douglas High School, Nikolas Cruz, a former student, shot and killed 17 former classmates and teachers and injured 15 more. This was one of the worst school shootings in American history. Many of the survivors at Stoneman Douglas High School have stepped up and spoken out with the goal of ensuring something like this will never happen again.

Mere days after the massacre, on February 17th, several students spoke up at a rally in Fort Lauderdale. One video in particular went viral: a speech made by Emma Gonzalez (see below), a senior at Stoneman Douglas whose passionate, articulate words spoke out for common-sense gun laws to be brought into effect immediately. Gonzalez introduced the mantra “We call B.S.” to all excuses made by politicians and the National Rifle Association (NRA) for the shocking lack of gun regulation that led to a child purchasing a semi-automatic rifle and slaughtering other children.

The students have pointed out that every time there is a mass shooting in the United States, the country goes through the same process as the last one. People are shocked and horrified. Protestors speak up for more gun control and better gun safety laws. Politicians send their “thoughts and prayers” to the victims. No new legislation is passed. Nothing changes. In a few months or less, another shooting occurs and the cycle continues.

This is what the #NeverAgain, #Enough and #WhatIf movements across social media are trying to combat. With these hashtags, thousands of messages are being shared with people’s stories and their own opinions on gun control and needed legislation.  Students in the #NeverAgain movement have made their goals clear.

They are making the point that this is not a discussion that can end once the shock of the latest shooting has worn off for the general public. They are demanding real, tangible changes made if such acts of “domestic terrorism” are to be prevented in the future. Among their demands, some of the primary goals are for Congress to ban assault weapons, require universal background checks before gun sales, and pass a gun violence restraining order law that would allow courts to disarm people who display warning signs of violent behavior. 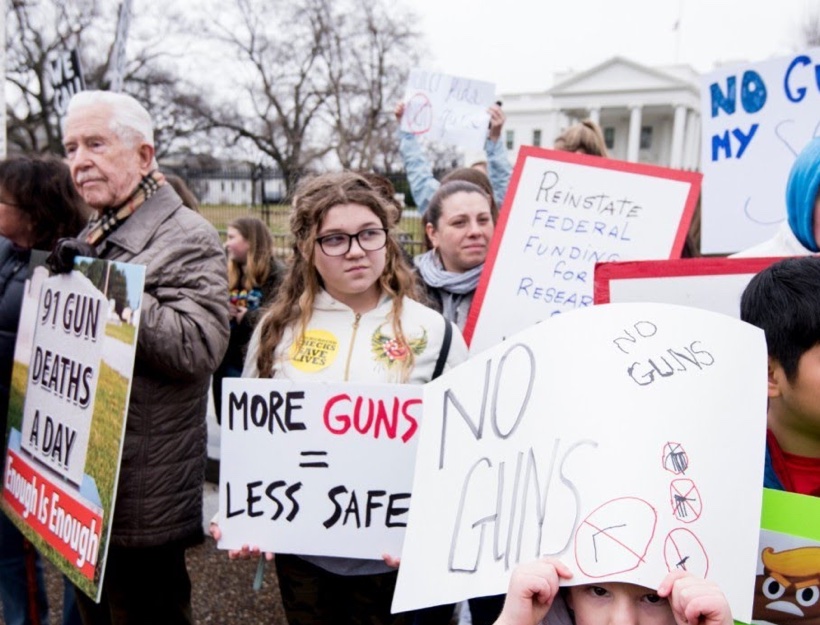 #Enough, #WhatIf and #NeverAgain: March For Our Lives – Students Across the United States Speak Out Against Gun Violence and Call For Legislative Change

On February 20th, 100 students from Stoneman Douglas High School travelled to Tallahassee to meet with lawmakers and call for change. In an act of bitter irony, these lawmakers had just voted down a bill that would have banned semiautomatic guns and large capacity magazines in Florida. The lawmakers spent more time that day resolving to declare pornography a public-health risk. While the students were understandably disheartened by most of the politicians’ responses, dancing around any definitive answers while offering their condolences, David Hogg, one of the leaders of the NeverAgain Movement, was determined to keep things in perspective. “This is a practice run,” he told a reporter for The New Yorker. “If we can get this done at the federal level, this doesn’t even matter.”

While the response on the part of the government has been tepid thus far, support from the youth all around America has been astounding. On February 21, students from high schools in Broward and Miami-Dade counties walked out of their classrooms in protest to advocate for effective gun-law proposals. This Wednesday, March 14th at 10 AM local time, students throughout America will stand in solidarity with the survivors of the Stoneman Douglas High School massacre, leaving their classrooms for 17 minutes, a minute to honor each of the victims. Students in countries as far away as Ireland, Switzerland, Israel and Mexico will also be participating. EMPOWER, the youth branch of the Women’s March, has organized the event and reported that more than 2,500 walkouts are planned. While anyone not affiliated with a school is asked to stay off of school grounds for security reasons, they may express solidarity by wearing the color orange and walking out of their workplaces for 17 minutes. 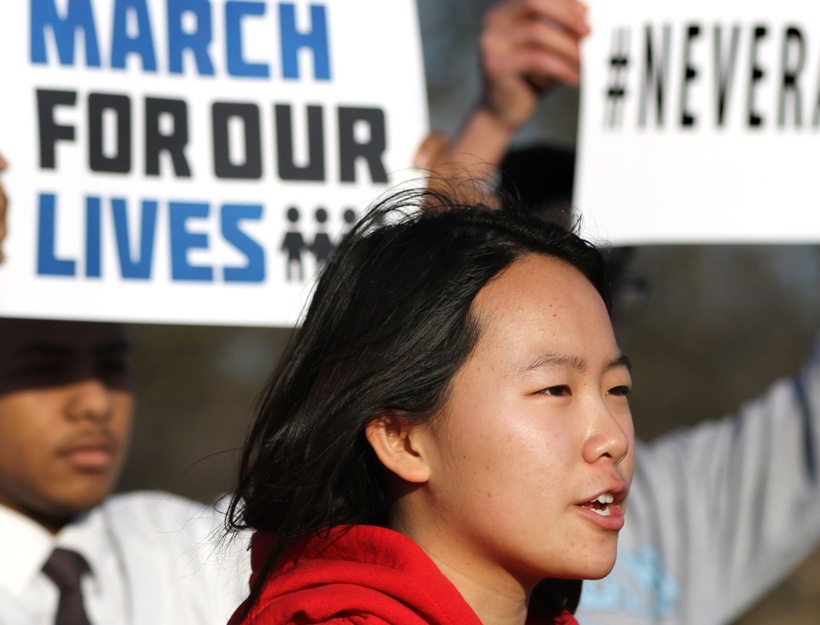 #Enough, #WhatIf and #NeverAgain: March For Our Lives – Students Across the United States Speak Out Against Gun Violence and Call For Legislative Change

There have been some who have told the student leaders of the #NeverAgain movement that this is not the time for activism, but rather the time for grieving. In response, a date was set for a political discussion on guns and legislation: the March For Our Lives. The march will happen on March 24th of 2018, the main march taking place in Washington with satellite marches throughout the United States and internationally as well. It is said that as many as 500,000 people are expected to take part in the march. The march has received funding and support from such celebrities as Oprah Winfrey, who donated $500,000, matching a donation made by George and Amal Clooney.

After decades of America experiencing more lethal gun violence than any other developed country in the world, these students are pressing adults to make long overdue changes in the way guns are handled and sold. It is the hope of many that with the spotlight shining on the survivors of Stoneman Douglas High School, and with student leaders rising not only from that school, but all around the entire country, common sense gun safety laws will at last pass through Congress. The youth of the nation are standing up and becoming politically active long before anyone would expect this of them. With an entire generation calling for change, will those in the American government listen and take practical steps to prevent the massacre of children in their own schools from ever happening again? Perhaps the beginning of this change has finally come.
*

For more information on how to join in the March For Our Lives, click here.