Naturally, seasons and cycles dominate food production, yet these days those factors have virtually no effect on food availability in most industrialised and post-industrialized environments. 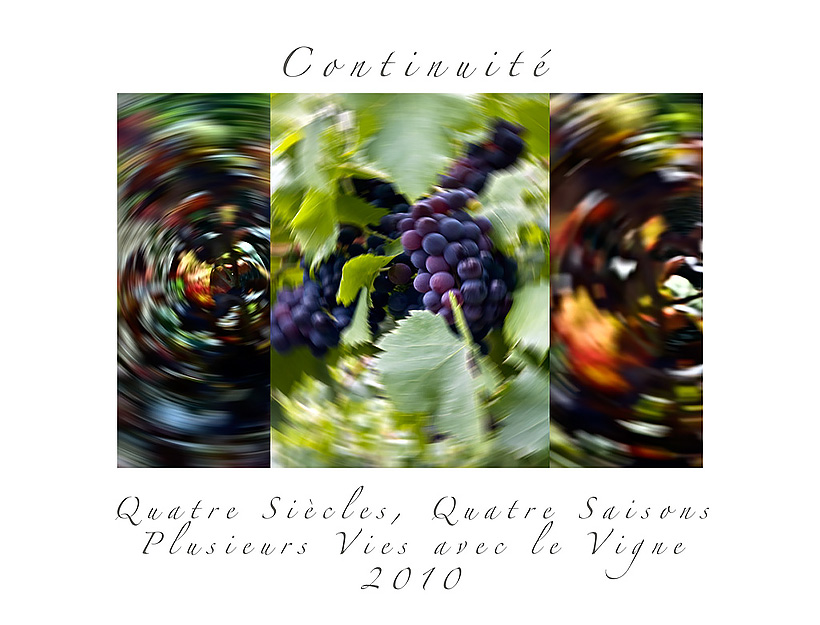 In reference to food, lifestyle and changing seasons, images herein relate to life in a slower paced or ancient world – a country pace in which food growing, hunting/fishing and eating correspond closely with nature’s rhythms. Raised in an agricultural family, I know the feelings of these rhythms. While they did not always suit my rhythmic preferences, I acclimated and still rely on a strong reverence within for the miracles and beauties of nature. 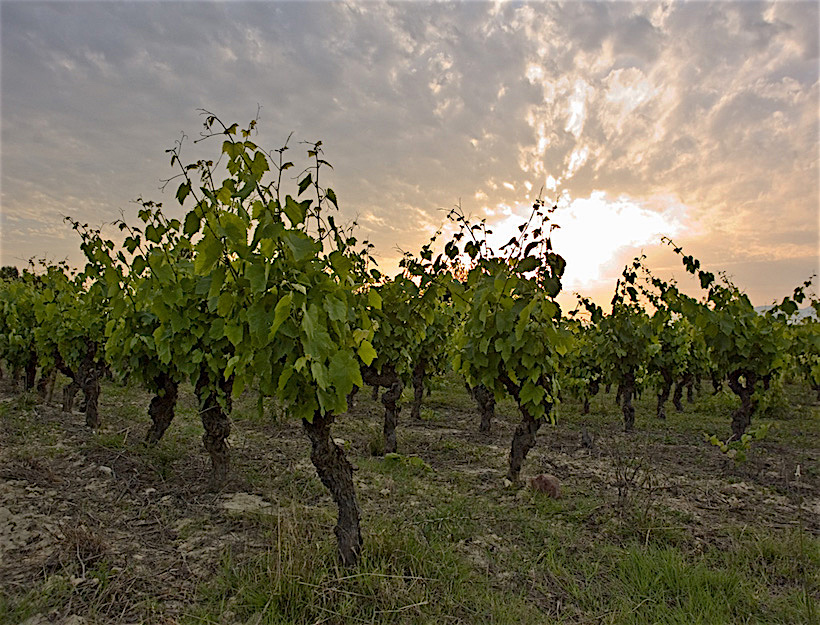 Spring evening of ‘greening’ in the vineyards, south France

These images partially document a two year period of living in the south of France in the Languedoc-Roussillon, Department of l’Herault. The family who allowed me to photographically explore their vineyards and lifestyle in order to present a photo exposition at the Magalas Museum of Vineyards and Campanes (Bells) have been vintners since the 1600s. Hence the expo title: Four Centuries and Four Seasons. 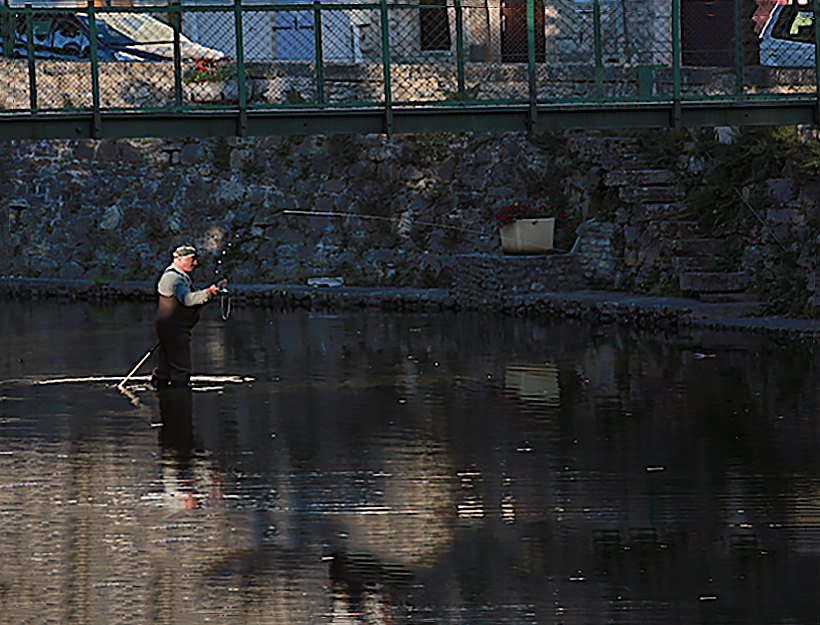 Fisherman in the village of Lunas

The photos provide a connection to the feeling of nature’s rhythms. Some simple, some stylised – just my selections. I hope the images, along with my observations on the topic of slow food in slower seasons, touch your heart via associated memories or stimulate your curiosity at the opportunity to reflect on the topic. This is the time of year to move into a more quiet, reflective, gentler, slower, darker period dotted with celebrations of feasting during these colder months.

Feasting, celebrating the sun cycles and the seasons, has been part of human history for thousands of years. Fall harvest in the northern hemisphere celebrates wine-grapes, fruits and root and vine vegetables. 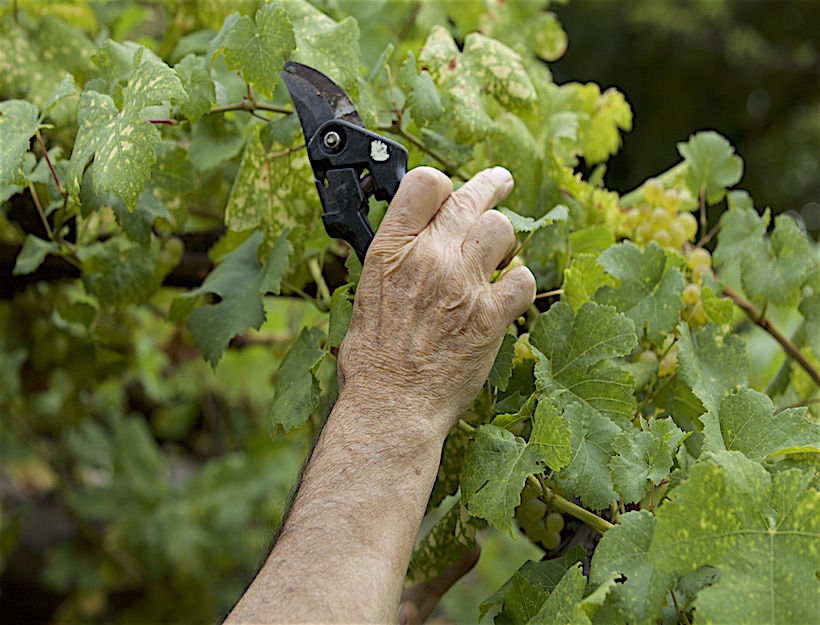 Personal vine in the garden of a family in Lunas, France

Mabon (occuring during the fall equinox in September) is a time to reflect and meditate on balance, give thanks for one’s blessings for summer, and pay tribute to the coming darkness. Oktoberfest began in Munich on the 12th of October in 1810 to celebrate the marriage of Bavarian Crown Prince Ludwig to the Saxon-Hildburghausen Princess Therese. 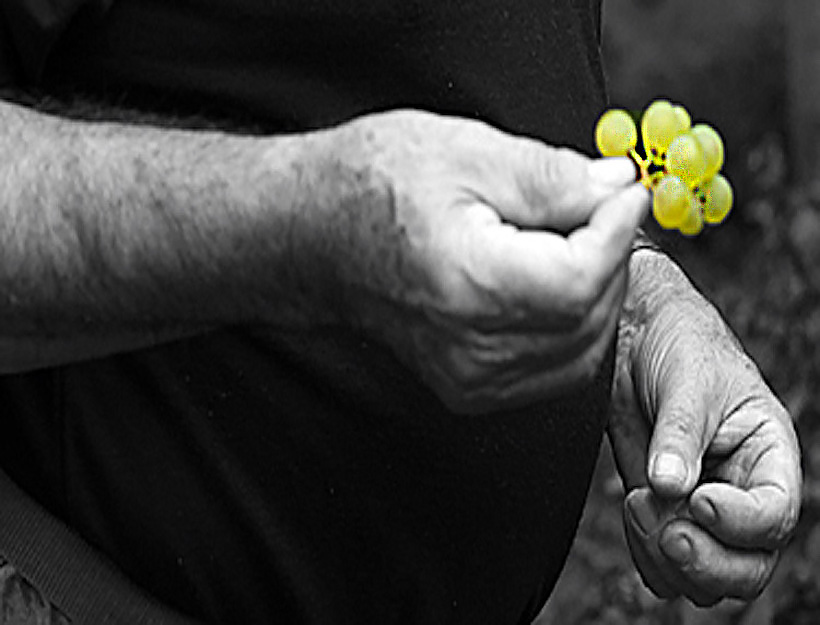 Villagers were invited to feast and revel over five days on the fields in front of the city gates, although not invited to join the formal arrangements of the nobles. 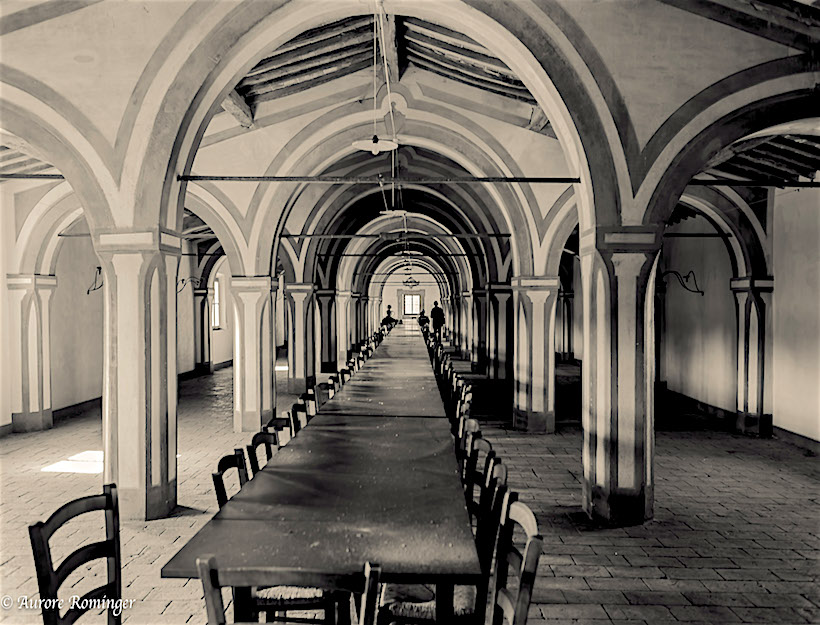 Table for a Feast of gentry after a hunt, Camugliano Estate, Tuscany Pisa, Italy

Thanksgiving began as a day of giving thanks for the blessings of the harvest and the preceding year. Thanksgiving is celebrated on the second Monday of October in Canada, on the fourth Thursday of November in the United States, and around the same part of the year in other places. 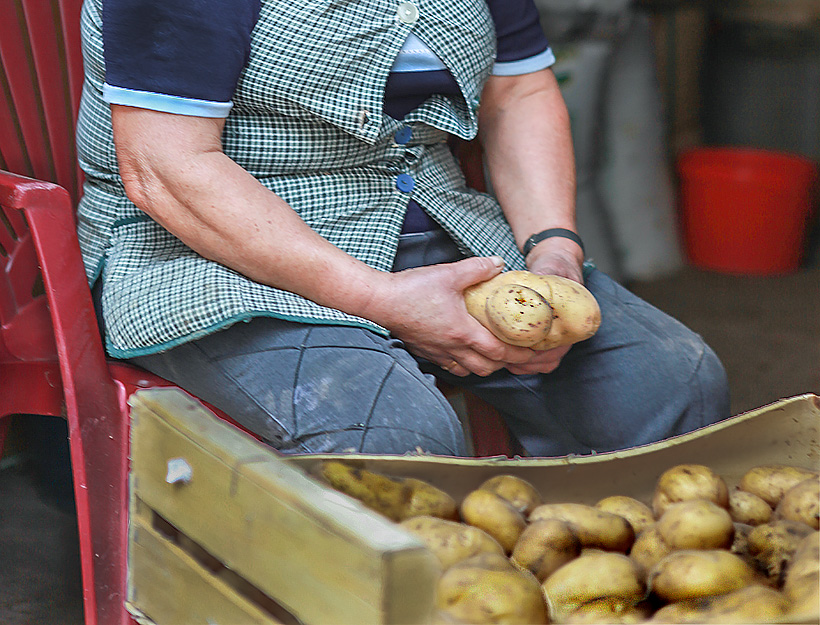 While Thanksgiving has historical roots in religious and cultural traditions, it has long been celebrated as a secular holiday. Yule (or winter) solstice festivities are traced to the celebration of the return of the sun’s climb to its higher place in the sky. 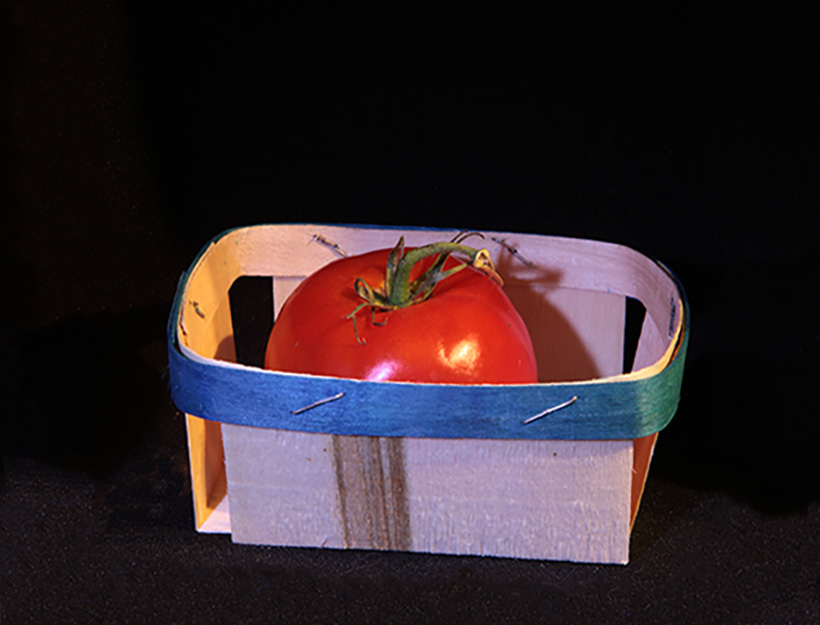 Feasting is an acknowledgement to the importance of honouring our seasons that nourish our lives in all forms of mind and body. 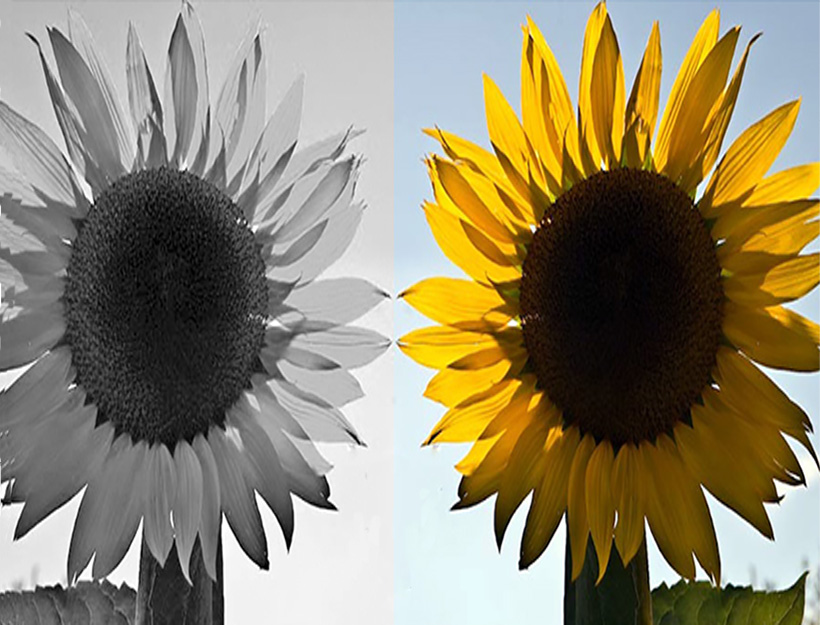 Dried sunflowers provide nutritious seeds and oil. In their prime they turn with the Source of Light, emanating a vibrant, joyful sense of well-being.

The Joy of Food

“Food is more than survival. With it we make friends, court lovers, and count our blessings. The sharing of food has always been part of the human story. From Qesem Cave near Tel Aviv comes evidence of ancient meals prepared at a 300,000-year-old hearth, the oldest ever found, where diners gathered to eat together. Retrieved from the ashes of Vesuvius: a circular loaf of bread with scoring marks, baked to be divided. “To break bread together,” a phrase as old as the Bible, captures the power of a meal to forge relationships, bury anger, provoke laughter. Children make mud pies, have tea parties, trade snacks to make friends, and mimic the rituals of adults. They celebrate with sweets from the time of their first birthday, and the association of food with love will continue throughout life — and in some belief systems, into the afterlife. Consider the cultures that leave delicacies at the graveside to let the departed know they are not forgotten. And even when times are tough, the urge to celebrate endures. In the Antarctic in 1902, during Robert Falcon Scott’s Discovery expedition, the men prepared a fancy meal for Midwinter Day, the shortest day and longest night of the year. Hefty provisions had been brought on board. Forty-five live sheep were slaughtered and hung from the rigging, frozen by the elements until it was time to feast. The cold, the darkness, and the isolation were forgotten for a while. “With such a dinner,” Scott wrote, “we agreed that life in the Antarctic Regions was worth living.” ~ Victoria Pope

Enter today’s ‘foodscape’, wherein availability is more dependent on distributors than on growers.  Recognize the multiple roles of agriculture and producers and the myriad of interdependencies required in the product-to-customer chain. Mindfulness – is it motion forward… backward… or both? What about it?

Has our industrial and post-industrial progress run rampant and become complex beyond understanding? Are control channels flowing rapidly via tributaries leading to division and destruction? Can we bring mindfulness to today’s hastily changing spins in order to consciously apply greater choice in our perspectives and actions to improve our motion forward? There is no backward movement; the nature of life is continuous forward motion. Consider some of the findings and perspectives of this documentary film: Prosperity by Dr. Pedram Shojai, founder of well.org.

“The option to be mindful begs us to be conscious in perspective, in choice and in action as a pathway to actively align with, embrace and promote values that serve our planet and fellow humans responsibly, judiciously, and discerningly – as members of the greater humanity — as stewards of our (only-thus far) planetary home.”

For Further Consideration and Follow-up

Currently international “movements” (to use the vernacular term) include, but are not limited to “alterconsumption” – environmentally friendly and ethical consumption. Actions favor consumerism that selectively and consciously supports purchase of products 1) manufactured in environmentally friendly conditions, under fair labor protection laws, and 2) distributed under fair-trade conditions.

Slow Food is one organization that promotes local food and traditional cooking. It was founded by Carlo Petrini in Bra, Piedmont, Italy in 1986 and has since spread worldwide. Its motto is “good, clean, and fair”. It boasts a membership of 78,000 (growing more each day).

Agritourism, in its most broad terms, involves any agriculturally-based operation or activity that brings visitors to a farm or ranch. Agritourism has different definitions in different parts of the world. Agri-tourism refers specifically to farm stays in Italy. It is widespread in northern, Tuscany and southern provinces of Italy. Farm stays are eagerly embraced and are a growing sector of tourism.

Under the rubric of agritourism, the tendencies are toward slow food – attention to nutrition from where and how it comes. Eco tourism is tourism directed toward exotic natural environments. It is intended to expand wildlife observation and engender support for conservation efforts.

Each seem to represent encouragement to venture beyond the mentality sweeping society in general: the quick and easy commercialism of prepared foods. It seeks to highlight the very life-giving act of nourishment and educate around the values of choice in stepping outside of the corporate “box” store.

The proponents of education and intervention wish to diminish the rush to reduce the sacred act of self-nourishment to the shortest moment in time that interrupts the work day.

Such opportunities present a pathway to mindfulness. 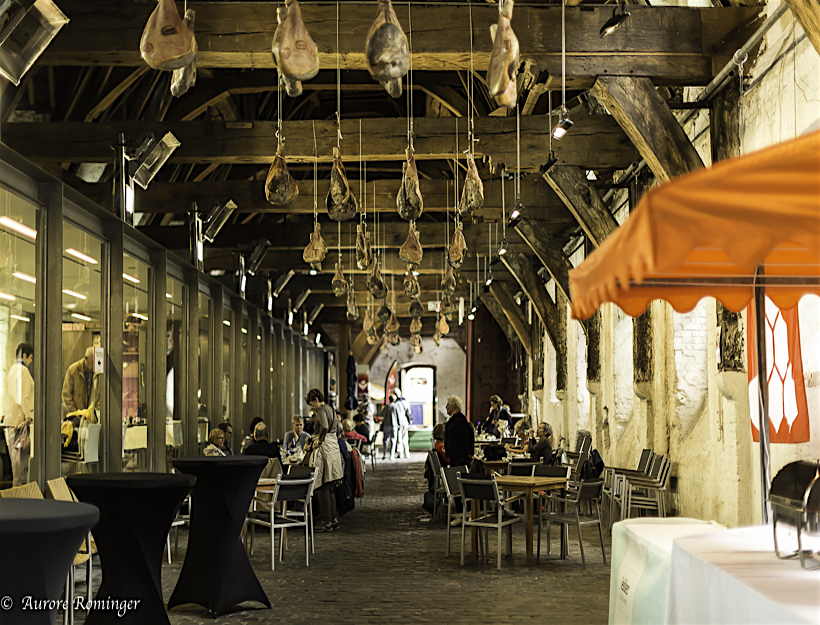