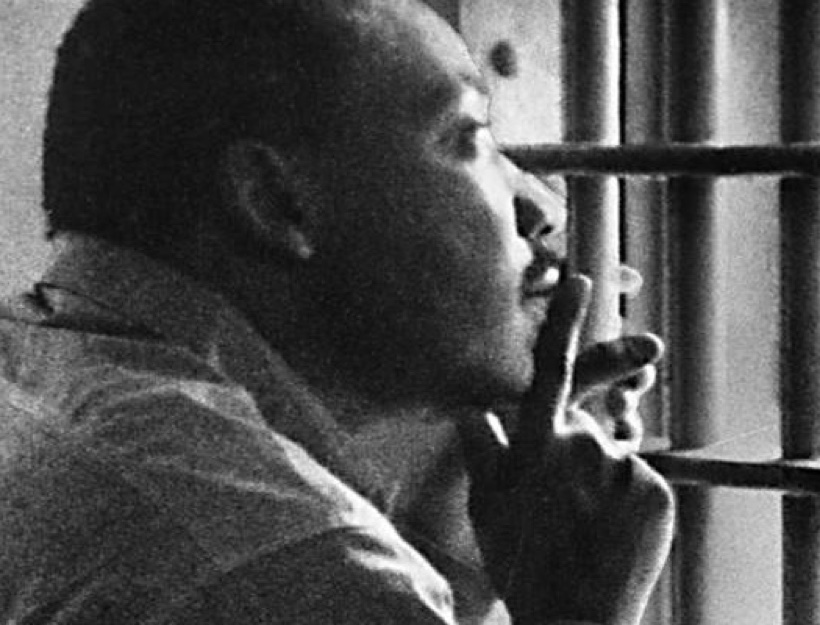 Over 50 years ago on April 16, 1963, Dr. Martin Luther King Jr. wrote an open letter from a jail in Birmingham, Alabama where he was imprisoned. He wrote this letter to give challenge to those that would ask for civil rights to “wait”. He wrote this letter to those that said it was “inconvenient” timing for them to think or act in regard to the civil rights of the Black community. He wrote to those that sat in white church pews and chairs across the country. He challenged the ideas of what it meant to be a person of faith, and his words challenge us today.

The excerpts below are presented together to catch the spirit of words and leadership that are much needed again in 2017. In the face of overt hatred and violence against minorities and those who would align themselves with them in the United States, as well as systemic challenges that continue to put America’s minorities at a disadvantage, we offer the following excerpts. These words are powerful and instructive as we all, especially those of us from the privileged white community, reflect upon what our responsibility is now. Will we stand with minorities, “others”, and the most vulnerable among us? Will we vote? Will we write, converse, march and persuade, and not stop until “liberty and justice for ALL” is true?

“Injustice anywhere is a threat to justice everywhere. We are caught in an inescapable network of mutuality, tied in a single garment of destiny. Whatever affects one directly, affects all indirectly.”

“Lamentably, it is an historical fact that privileged groups seldom give up their privileges voluntarily. Individuals may see the moral light and voluntarily give up their unjust posture; but as Reinhold Niebuhr has reminded us, groups tend to be more immoral than individuals.”

“We know through painful experience that freedom is never voluntarily given by the oppressor; it must be demanded by the oppressed.”

“I submit that an individual who breaks a law that conscience tells him is unjust, and who willingly accepts the penalty of imprisonment in order to arouse the conscience of the community over its injustice, is in reality expressing the highest respect for law.”

“I must confess that over the past few years I have been gravely disappointed with the white moderate. I have almost reached the regrettable conclusion that the Negro’s great stumbling block in his stride toward freedom is not the White Citizen’s Council0r or the Ku Klux Klanner, but the white moderate, who is more devoted to “order” than to justice; who prefers a negative peace which is the absence of tension to a positive peace which is the presence of justice; who constantly says: “I agree with you in the goal you seek, but I cannot agree with your methods of direct action;” who paternalistically believes he can set the timetable for another man’s freedom; who lives by a mythical concept of time and who constantly advises the Negro to wait for a “more convenient season.””

“In that dramatic scene on Calvary’s hill, three men were crucified. We must never forget that all three were crucified for the same crime – the crime of extremism. Two were extremists for immorality, and thus fell below their environment. The other, Jesus Christ, was an extremist for love, truth and goodness, and thereby rose above his environment. Perhaps the South, the nation and the world are in dire need of creative extremists.”

“But the judgment of God is upon the church as never before. If today’s church does not recapture the sacrificial spirit of the early church, it will lose its authenticity, forfeit the loyalty of millions, and be dismissed as an irrelevant social club with no meaning for the twentieth century. Every day I meet young people whose disappointment with the church has turned into outright disgust.”

The excerpts above were compiled from the original letter by the website “Faith on the Fringe“.

For a video presentation about the letters formation, please watch the video below:

We also recommend the video below for some context about the film, Selma, and MLK from Selma’s director Ava DuVernay and David Oyelowo, who starred in the film as Dr. King.
*