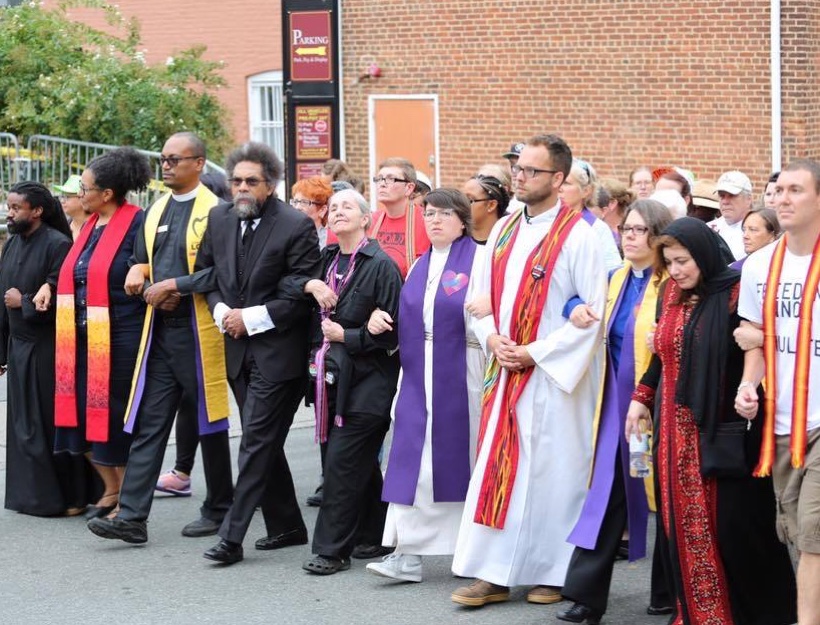 “God has shown you, O mortal, what is good. And what does God require of you? To act justly and to love mercy and to walk humbly with your God.”

When I look at the photo of the clergy above who made their way to Charlottesville, Virginia this past weekend, I think about faith, justice, and courage.

According to Merriam-Webster online dictionary, courage is defined as mental or moral strength to venture, persevere and withstand danger, fear, or difficulty.

Perhaps the clergy that convened in Charlottesville would say that they were not courageous, that they were simply following their faith, the many injunctions in Biblical scriptures that talk about standing for justice, defending the vulnerable and laying one’s life down for another. From what I read and watched about the Friday and Saturday events, the clergy that marched and stood outside of the Neo-Nazis’ area had prepared themselves for giving their lives if necessary. After spending time with the words of Dr. Martin Luther King this week, I feel certain that those words are familiar to the clergy who stood together for love in the face of hate and violence in Charlottesville last weekend.

The secret “torch march” that took place the night before the scheduled, so-called “Unite for Right” rally had all the earmarks of a KKK attempt from the past to intimidate and worse. The same clergy that marched on Saturday were holding a prayer service in the nearby St. Paul’s Episcopal Church. They felt so intimidated that they didn’t leave the safety of the building until long after their scheduled end time. One speaker from that night, Jalane Schmidt, an organizer with the local Black Lives Matter movement and an associate professor of religious studies at the University of Virginia, reports that she is still receiving death threats.

To hear about what happened in the words of Dr. Cornel West, watch:

Sociology, as well as history, teaches us that those in power, the “dominant culture”, do not willingly give up their power without a struggle. Yet the U.S. Census Bureau reports that because of population trends whites in America will become the largest minority in the year 2043. People have a hard time with change in general, and again those in power will resist conceding it. Yet aren’t people of faith taught another way, an alternate view of power?

“In the face of the implicit and often unconscious structures of racism, ‘it’s time for white Christians to be more Christian than white’.“

~ An oft repeated quote from Jim Wallis, a civil rights activist since the 1960’s and founder of Sojourners magazine.

“Some evil is clear. The evil of race hatred. Of police standing by doing nothing while white nationalists attack nonviolent counter-protesters. Of a terrorist driving a car into a crowd of people marching for love and basic human rights.”

“When we see evil like this, we must name it, confront it, resist it and defeat it. If we do not, we should not pretend that we follow Jesús. And churches and supposed Christians who are silent at this moment are making a clear choice for hate over love, Empire over the Kin-dom of God and the false Gospel of white supremacy over the revolutionary love of Jesús.”

~ Mike Kinman, Rector of All Saints Church in Pasadena, CA, said in a web statement.

“No one is born hating another person because of the color of his skin or his background or his religion… People must learn to hate, and if they can learn to hate, they can be taught to love… … For love comes more naturally to the human heart than its opposite,”.

Even as we keep hope in our hearts, we must heed a warning:

“Evildoers do not understand what is right, but those who seek God understand it fully.”

The tragedy that occurred in Charlottesville is a continuation of the call for all people, and people of faith – and starkly, to white people of faith specifically – to take a stand for what is right. White people have been the majority and the ones in power in the U.S. since its beginning, and this is still the case. While strides have been made in civil rights through the years, the events of last weekend show that there continues to be much work to be done – what is our response? What can we each do? What must we each do? What WILL we each do to be sure the call to “understand fully” and to “act justly and to love mercy and to walk humbly with your God” is walked out in our individual and societal lives?

The following video produced by Vice, HBO is an extremely well-done documentary on what took place this past weekend. If you are reading this and think perhaps this will all just go away without any effort on the average person’s part, that view will be challenged by the reality shown in this video. The content is extremely upsetting, but in order to understand how serious this all is, I do recommend adults view it.

Tragedy: an event causing great suffering, destruction, and distress, such as a serious accident, crime, or natural catastrophe.

What is our response? 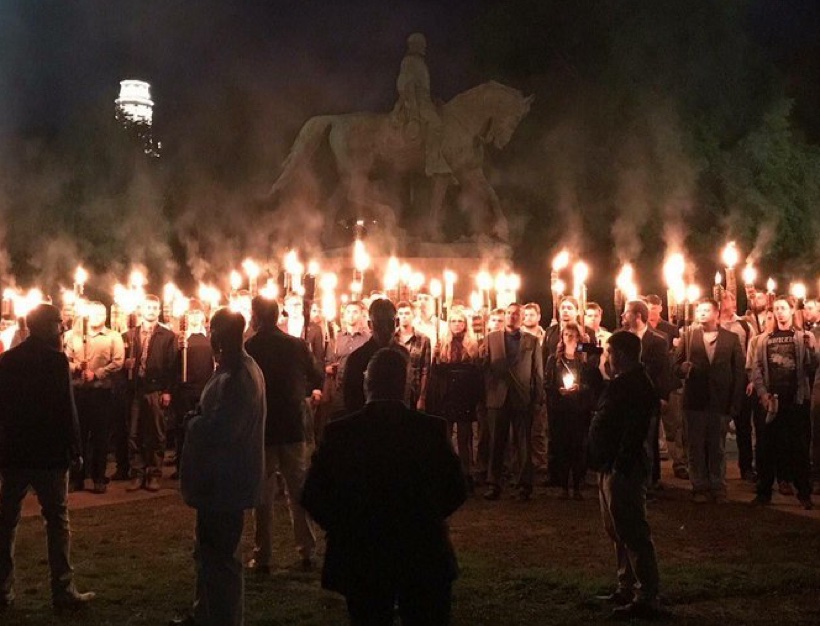