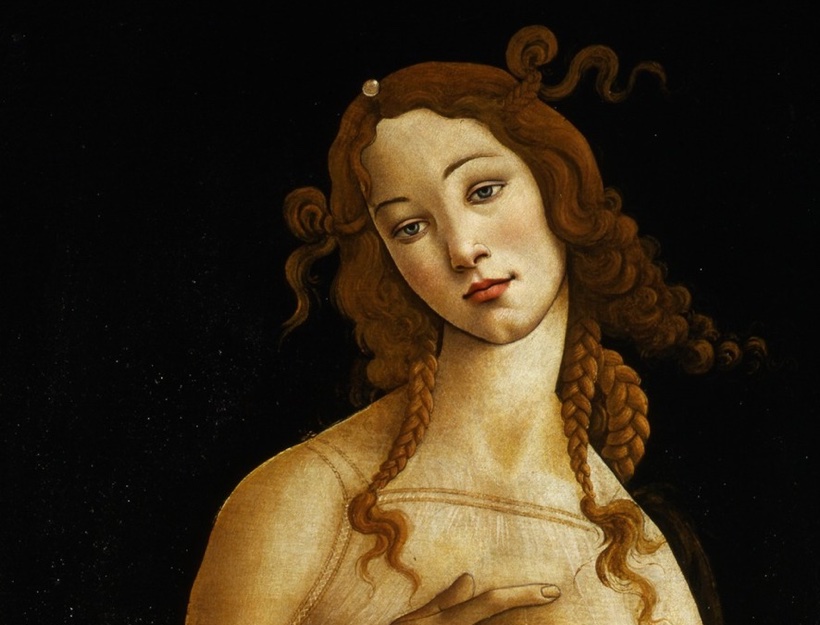 The Renaissance was in full swing. In the early 1490s, Florence was a hub of innovation – in mathematics and engineering, commerce and banking, literature, architecture, and the visual arts. And of all the city’s great painters, one name was on everybody’s lips… Botticelli.

One of a Kind Exhibition

Last week I commuted into Boston to take in the exhibition Botticelli and the Search for the Divine currently on view at the Museum of Fine Arts (MFA). Featured are twenty-four masterpieces from Italy by Sandro Botticelli and his colleagues. These are combined with works from local art establishments to create the most important exhibition on this artist to reach American shores.

In this exhibit, the MFA traces Botticelli’s development over his long artistic career, focusing on three distinct areas of artistic development. First, we are introduced to Sandro’s early artistic training. Next, we witness the independent artist producing his signature works. Lastly, a dramatic shift in style and subject matter during his later years is unveiled.

Sandro Botticelli (1445 – 1510) was fortunate to be born and raised in Florence, Italy. As an aspiring painter, he was in the right place at the right time. During the 15th Century, Florence was one of the largest and richest cities in Europe. Lorenzo d’ Medici, the city’s principal ruler from 1469 to 1492, drew the greatest humanist thinkers to his court. The Medici family’s wealth and love of art provided generous commissions to painters, sculptors and architects. Largely through Medici influence, Florence became a center of learning and the heart of artistic innovation and production in Italy. It proved to be a ripe womb for nurturing a gifted young painter such as Sandro Botticelli.

Sandro was initially apprenticed to a goldsmith followed by three years’ training in the workshop of Fra Filippo Lippi. Here he learned to draft architectural backgrounds and draw realistic, graceful figures. He mastered the art of creating flowing robes and using brilliant color, often crowning his works with glittering gold detail. 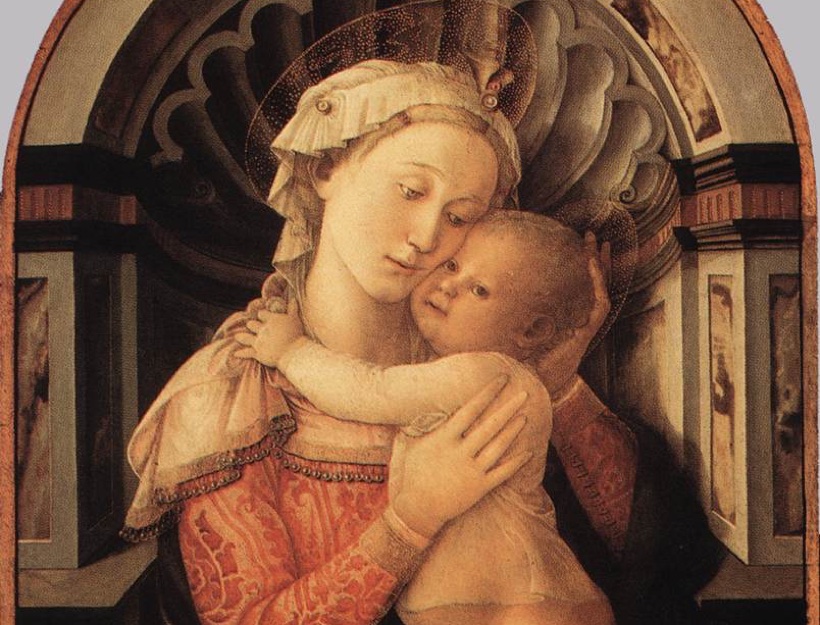 Next, we are ushered into the period of the artist’s flowering into his own distinct style expressed in both mythological and sacred themes. As a member of Lorenzo’s intellectual circle, Botticelli was exposed to the hot topics of the day as well as the rediscovery of literature and art from ancient Rome and Greece. Both his aloof Virgins and statuesque Venus display his attempt to express the humanist concept of ideal beauty as well as reconcile pre-Christian ideas from the Classical World with Christian belief. It was not long before Sandro rose to the top by becoming the preferred artist of the Medici as well as earning commissions from the pope. 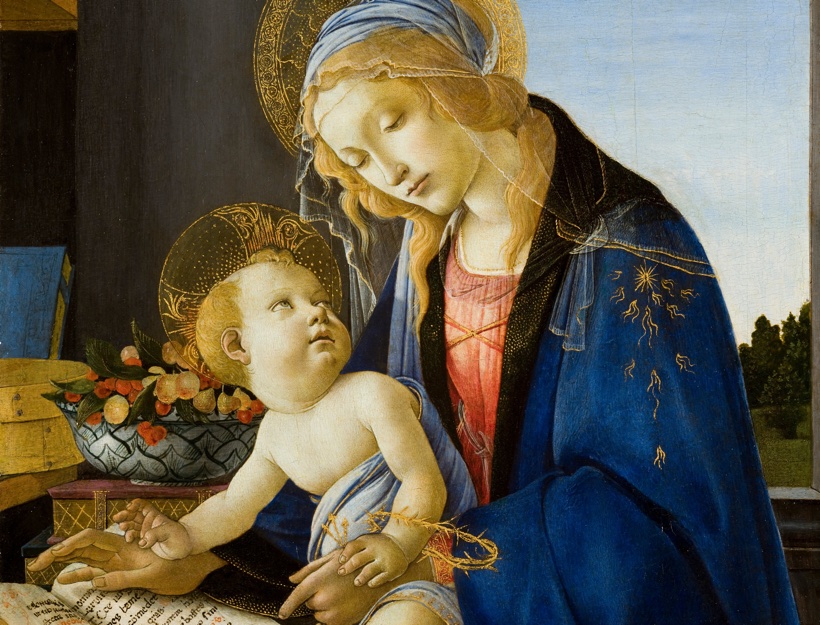 Sandro Botticelli, Madonna of the Book, about 1478 – 1480. Tempera and gold on panel. Museo Poldi Pezzoli, Milan.

The most famous publicly displayed work during the artist’s lifetime. 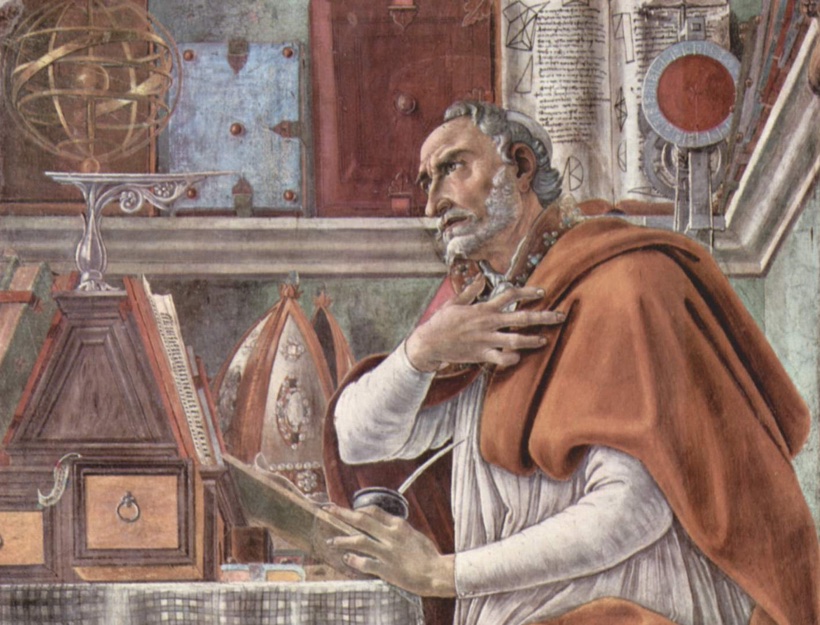 Botticelli, Saint Augustine in His Study, about 1480. Detached fresco. Church of Ognissanti, Florence.

A shadow was cast on Florence and the Golden Age of the Renaissance in 1492 with the death of Il Magnifico, Lorenzo d’Medici, and the ascendancy of fiery Dominican preacher, Savonarola. This monk preached gripping sermons attacking humanist ideals, the excesses and corruption of wealth, and what he considered the wrongful use of art. It is commonly thought that Savonarola’s message had a great impact on the inner life of Botticelli, causing a dramatic shift in his artistic expression made evident in this exhibit. Biblical scenes prevail over the classical, colors are more muted, a depth of human emotion is displayed that was virtually absent from his earlier work.

This exhibition provides an intimate look at the artist behind the paintings disclosing the people, places, and events that most influenced his work. It reveals an artist who continued to grow in his craft, maturing into a versatile painter who was shaped by and responded to the world in which he lived. Boston is the last stop for the exhibition, Botticelli and the Search for the Divine. It runs from April 15, 2017 to July 9, 2017.
*