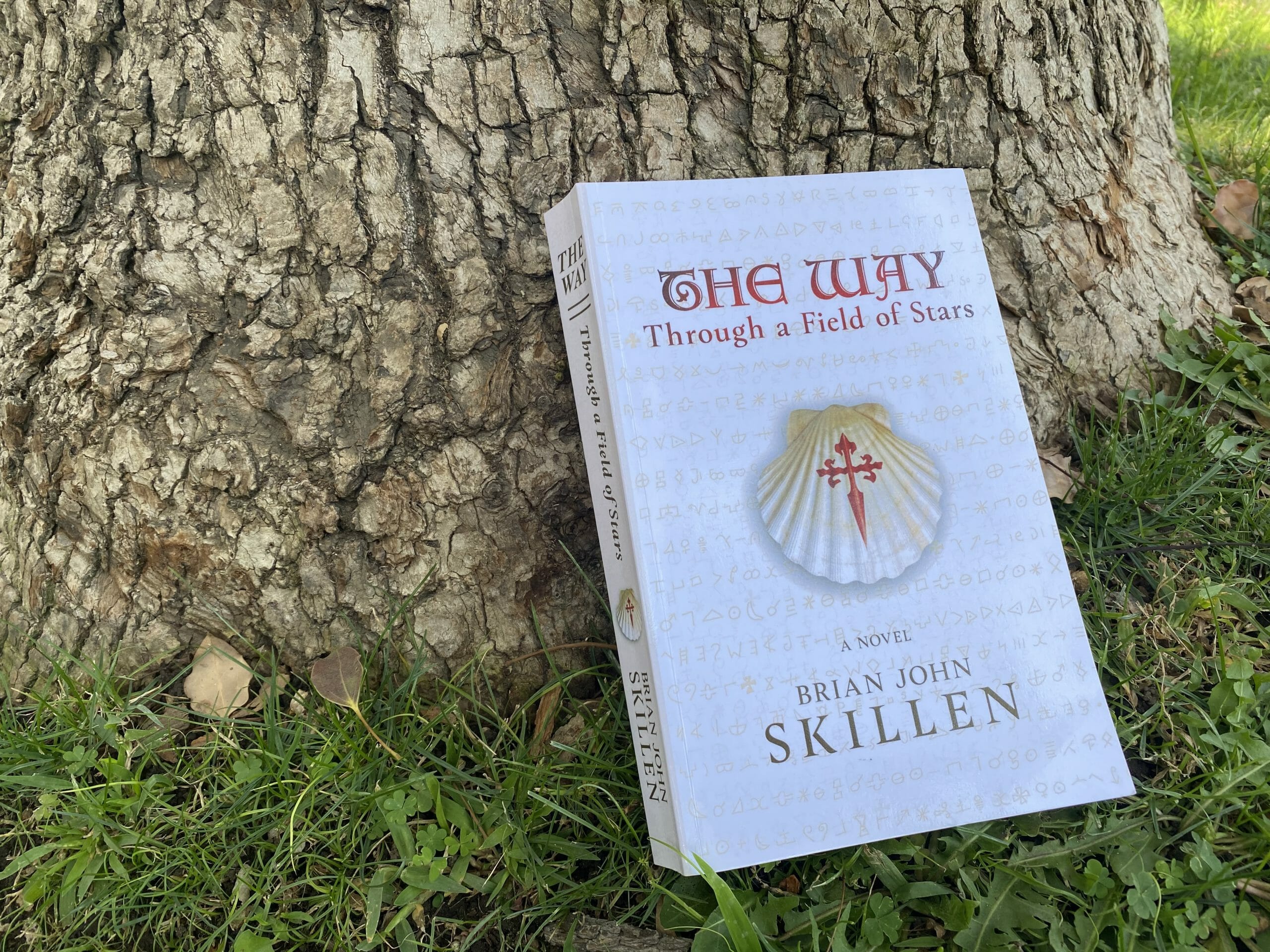 The Way: Through a Field of Stars

To focus a novel on the act of walking would seem an incredibly risky endeavour. Walking is, after all, tremendously dull. Or at least it seems to be. But then you remember that many great authors of the past and present, including Bill Bryson, have centralised stories around the act of walking. In fact, if I’m not mistaken, it was Bill Bryson who in his book A Walk in the Woods, said, “The world, you realise, is enormous in a way that only you and a small community of fellow hikers know. Planetary scale is your little secret.”

Perhaps then, there is something to this idea.

It is probably worth saying before I continue that Brian John Skillen’s The Way: Through a Field of Stars is a great book. It is not tremendously dull. Instead this book about walking the Camino de Santiago incorporates secret codes of the Knights Templar, centuries old mysteries, murderous hunters of the magical variety, unfathomable treasure, and everything else you need to make a historical fantasy come to life.

Set in Spain and France in 1306, the story follows several characters – some of whom are historic figures, though this is definitely a fictitious story – as they walk along the famous Camino de Santiago pilgrimage. The central story revolves around the Knights Templar and the mysterious treasure they were rumored to possess. Each character journeys for their own reasons. Some seek to acquire the treasure, some to defend it. Some couldn’t care less and are there for entirely different reasons. The variety of characters in this novel is refreshing and all the stories are brilliantly intertwined to emulate the sense of adventure and wonder that the Camino pilgrimage brings.

The Way is a historical fantasy, which means you should expect magic and other fantastical elements. But unlike many fantasies, it manages to blend the real and fantastical into a believable and coherent thread. I must confess I am always optimistically cautious when I dive into a historical fantasy. Some of my favourite novels have been historical but their very nature makes them tricky. How do you paint a picture of life seven hundred years ago without sounding like a history lesson? And without having experienced such life yourself? Where do you place the magic and mystery? It is easy to simply add magic when stuck for an idea or to solve a mystery and I am happy to say this novel does not do that, at least not noticeably.

Instead the magic helps tell the story. It feels real, believable.

Do you need to have walked the Camino yourself?

As often happens with most historical novels it did take me a moment to get into The Way, and at times I felt my lack of having personally walked the pilgrimage diminished my full enjoyment in the story. As with many novels written with an element of personal experience (Brian John Skillen has walked over one thousand miles across Spain researching the book) there can be a risk that a reader unfamiliar with the setting can be left behind. But overall these moments were few and far between, and in fact that balance struck between pages dripping with description and those as dry as the Spanish roads the Camino takes was remarkably robust. Throughout the course of the novel I found a map beginning to build in my mind, an image of what the Camino was for me.

And let’s be honest, if anything these moments only developed in me a desire to walk the pilgrimage myself one day and see if my mind’s representation of the journey is anything like the real thing.

The importance of the Camino

What this novel captures most brilliantly, the reason I personally could not put it down, is the essence of what the Camino de Santiago is. I personally haven’t walked it. But I know many who have and anyone who’s been on any form of pilgrimage will be able to relate to what the Camino is. It is the epitome of a journey, full of trials and growth. It is a strange calling to put one’s body through the challenges and to emerge on the other side changed forever.

And The Way: Through a Field of Stars emulates that spirit perfectly. If you want an adventure, to travel and explore in a time where COVID-19 is putting a stop to just that, then read this book. Fall in love with the characters as you see them morph and grow as all do who walk the Camino. And when you turn the final page and put it down, whisper to yourself the phrase said by all who walk the path – whisper because it would be weird for anyone in earshot to hear you say this randomly.

If you would like to purchase Brian’s book, AND support an independent magazine like ours, you can order your own copy here!

…what many might not know is that before he became the skateboard legend he is today, he was a skinny kid whose father was too involved in the sport and whose tricks weren’t considered cool enough…