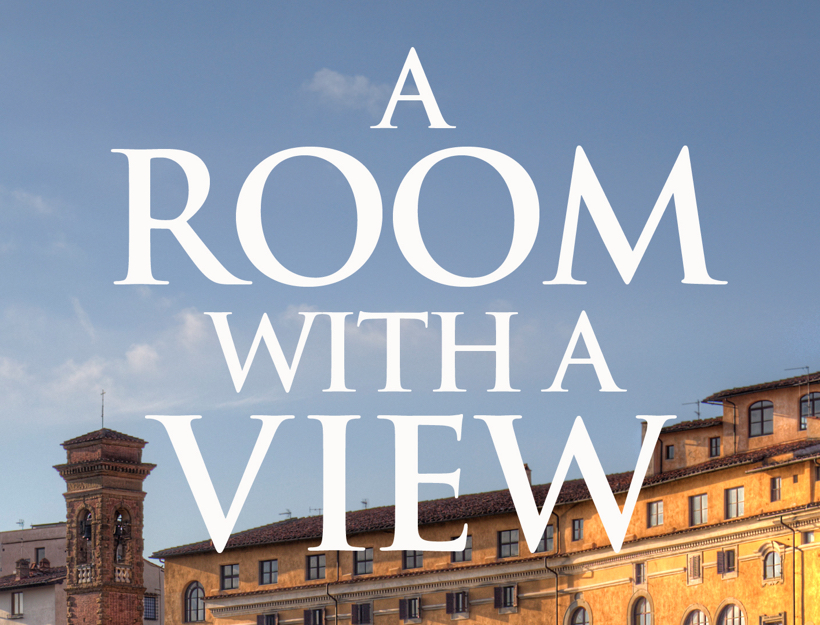 A Room with a View

Written over a century ago, it isn’t surprising that E. M. Forster’s Room with a View would feature aspects outdated and archaic. But whether or not you choose to look past these elements is up to you. Anyone who does will be greeted with a novel whose central message remains poignant and highly prevalent in today’s age.

Room with a View follows the story of Lucy Honeychurch. She is a well-to-do woman who travels to Italy with her cousin. The actual room which has the view doesn’t feature too prominently in the story, but it does lead to the single most important interaction: the meeting with George.

So far no spoilers have been revealed that would not be by reading the blurb. However, for those wishing to remain unaware as to the eventual plot – which isn’t particularly set apart from other love stories – it is recommended you skip the next two paragraphs.

A series of events transpire which lead to Lucy and George meeting and chatting several times, getting to know each other more as they do. George is not a well-to-do like Lucy and is far more radical in his thinking, following among others several of the philosophies of Nietzsche. Part I of the novel culminates in George kissing Lucy and Lucy running away to Rome.

Part II begins back in England and it is not long before Lucy is engaged to Cecil, an upper class and pretentious man who is obviously not a good fit for Lucy. Again George appears through random events and another series of events transpire, including another kiss from George. Lucy, in an act of freedom, eventually breaks off the engagement to Cecil – but still refuses to acknowledge that she loves George – and seeks to travel to Greece to get away and gain her independence. She doesn’t for she realises in time – with help from George’s father – that she loves George. The novel ends with the two of them together in Italy, ostracised from her family, but believing things will be mended in the end.

Despite its publication over a century ago and the advancements made in the time since, numerous societal critiques remain prevalent within the novel. The battle between love and societal standing is one such aspect. Should they marry well, or should they marry for love? The stifling of independence and equality is another. Cecil’s repressive character represented the limitations placed upon women in society, and while the hope is that these limitations have decreased, the social commentary put forth by E. M Forster is this novel is still incredibly prevalent today.

If I were to give my own opinion as to the enjoyment of this book, I would say I stand divided. I thoroughly enjoyed it overall, but there were elements which did not age well and of which other readers diving into E. M Forster should probably know. He was a writer of his time and therefore several references will be lost on the newer reader (though Google is a helpful tool here). And with his writing style of occasionally breaking the fourth wall to chat with the reader and explain the situation, I could not help but think I was at times being spoon-fed the underlying plot of the novel.

Have You Loved Today?

Perhaps this is due to the timing of the novel and the at-the-time revolutionary elements which E. M. Forster was proposing. I cannot tell for sure. But despite these moments of randomness or uncertainty – prevalent in many a novel – overall I found the novel to be one not only enjoyable, but eye-opening. Not only eye-opening to life at the time of its publication, but eye-opening to where we stand in society today. It is a showcasing of just how far we have come, but also just how far we have not come. How many of us today can say we truly feel passion? Or love? How many of us can say we fought for what we believe? Have we burned the flame bright with life or have we simply joined what E. M. Forster called “the vast armies of the benighted, who follow neither the heart nor the brain, and march to their destiny by catchwords”?

“The armies are full of pleasant and pious folk. But they have yielded to the only enemy that matters – the enemy within. They have sinned against passion and truth, and vain will be their strife after virtue. As the years pass they are censured. Their pleasantry and their piety show cracks, their wit becomes cynicism, their unselfishness hypocrisy; they feel and produce discomfort wherever they go.”