Have you ever heard of Moon Knight before? In the past he may have been considered a more minor hero when it came to the pantheon of choices out there, but with his very own show now on Disney+, the masked, mysterious avatar of Khonsu has truly reached the big leagues. Released on March 30, 2022 with one new episode dropping each week for a total of 6 in the series, Moon Knight was well-received for its excellent acting, dynamic action and its thoughtful representation of both mental health and Egyptian culture.

So who exactly is Moon Knight? Created in 1975 by writer Doug Moench and artist Don Perlin to appear in Werewolf by Night #32, Moon Knight began as a mercenary and an antagonist but had his less-than-noble villainous origins retconned quickly into being an undercover stint as a spy. At that time Marc Spector (the man bearing the Moon Knight mantle) used multiple aliases as part of his espionage. In 1980 in Issue 1 of Moon Knight’s first ongoing series the character was given his ties to Egypt and the story of his “resurrection” by the moon god Khonsu was penned. Early iterations of Moon Knight’s backstory cast doubt on whether the mythical origins Marc Spector claimed had turned him into Moon Knight had actually occurred, suggesting instead that he may simply be “crazy”. Over time, the names which had formerly been aliases became distinct personalities and Marc was described (incorrectly) as having schizophrenia before he was later diagnosed with multiple personality disorder (now called dissociative identity disorder). Moon Knight has certainly had a long and storied history and his earlier tales show the hallmarks of their time but are still thoroughly interesting reads. For a look at his very first comic book appearance, check out Casually Comics’ review below:

Now, onto the show itself. Though I’d been aware of the show’s existence, I hadn’t felt the pull to check it out upon its initial release. Sometimes even the most dedicated geeks can experience comic burnout and I was certainly in that camp, wondering if I really needed to keep up with every single Marvel release. But Moon Knight had always been a character that fascinated me, one that I had heard of but not read, and once I learned that the series involved museums on top of its panoply of Egyptian mythological references, I needed to check it out. I was glad I did.

I binged the show in two sittings of three episodes each (though it would also be totally doable to watch everything in one sitting). From the opening episode Oscar Issac‘s masterful performance as Steven Grant had me hooked. I could spot the breadcrumbs of various clues being sprinkled throughout each scene and was intrigued to see what would happen to Steven as I had already been charmed by his earnest excitement and relatable awkwardness. I wanted him to succeed and be happy in life, but this was a Marvel show so I knew he’d be in for a boatload of suffering first. Boy was I right.

Moon Knight is the sort of fast-paced, bingeable watch that will have you clicking onto the next episode as soon as the current one ends (though I would highly suggest sticking around for the beautiful credits and the catchy tunes that play first). The fast-paced action keeps things moving in every episode and the more you know about the main characters and the mystery they’re involved in the more you want to see it through to the end. I know we’ve all binged shows with enticing premises that never panned out as beautifully as they were set up (I grew up on Lost). Thankfully, Moon Knight avoids this key pitfall. The show is engaging from beginning to end with a satisfying ending that leaves just enough mystery unsolved in case a second season does come about. It’s the sort of show that can be an entertaining popcorn film-esque binge or a full-fledged deep dive depending on how you want to watch it. Either way will bring satisfaction.

Now, let’s talk more specifically about the things the show does right. Over the years as the MCU has developed, I’ve heard it said that superhero movies can’t simply be about superheroes to remain engaging. They need to be about superheroes and something else to keep things fresh and dynamic. The same thing holds true for shows. WandaVision explored the crippling effects of grief and the inner strength it takes to move on from tragedy. The Falcon and the Winter Soldier expressed some of the complex struggles that come with being a Black hero taking on the mantle of Captain America. Moon Knight seeks to explore questions of identity, self-worth and the purpose of life, especially when one is being faced with multiple conflicting narratives on how it is best to live and what exactly to live for.

The stellar acting of the cast, especially Oscar Isaac handling multiple roles, is what carries the show. The heart that Isaac gives to both Steven and Marc truly captures the crux of the tension as the audience comes to care deeply for both men and want happy endings for them both even as they are two personalities occupying the same body. May Calamawy as Layla, the dual love interst for both Marc and Steven, does an excellent job rounding out the trio and providing a grounding realism to the group’s mission amidst Steven and Marc’s never-ending struggles. Also, shoutout to Antonia Salib as the voice actor and motion-capture for Tawaret who was my favorite of the Egyptian gods (I can’t believe this was her first credited role!) 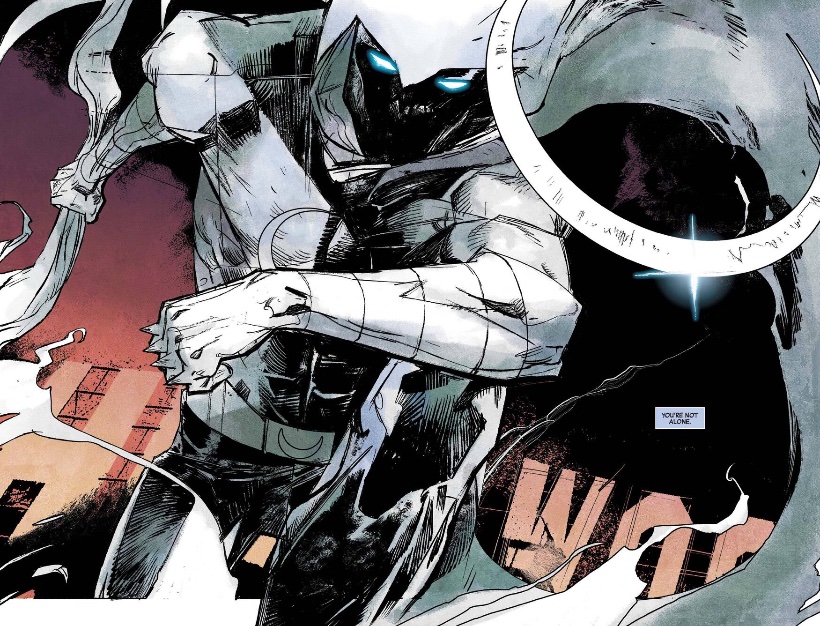 Director Mohamed Diab is to thank for the show’s thoughtful cultural representation. From the start, Diab set out to portray Egyptians as “normal human beings” rather than the exotic “guides and desert wanderers” often seen in Orientalist stereotypes of Egypt and its history. Diab also hired Egyptian crewmembers to work on the series and made sure that scenes within the series that were centered in Egypt showed not only ancient structures such as the pyramids but the modern city itself. Egypt is not a country that has stayed trapped within its past. The Giza pyramids are right beside the capital city of Cairo. And though the series was not filmed in Egypt itself, the scenes meant to take place within the country show a thriving modern society as well as the rich history of the past.

The series has also been lauded for its thoughtful portrayal of DID or dissociative identity order (formerly known as multiple personality disorder or colloquially as split personality disorder). While the existence and diagnosis of DID has been historically contentious, it is a key component of Moon Knight’s character and one that could not and should not be shied away from. Though I cannot speak in any sort of professional capacity on DID and the accuracy of its portrayal within Moon Knight, I will say that I personally found it to be respectful and heartfelt and should anyone with DID see the show, I would hope that they would feel seen. When most of the portrayals in popular culture of DID occur within crime shows and horror films, to have Moon Knight instead depict the hero(s) of the show to be the one(s) with DID certainly feels like a step in the right direction toward acknowledgment and acceptance.

Does the show do anything poorly? My complaints are few and far between. The pacing dipped for me momentarily somewhere within the action-packed madness of episode 3 (what can I say? I’m not an action flick gal) but quickly picked up by episode 4 and had me on the edge of my seat as the climax approached and Steven and Marc traversed the endless sands of the Egyptian underworld, Duat. There were moments throughout the show where my suspension of disbelief was broken and the fantastical elements at play became almost a bit “silly”, perhaps due to the limitations of a show budget as compared to a movie, but I’ll chalk that up to the insane demands such an action and mythology heavy premise puts upon the CGI for the show. There’s a lot you can get away with in a comic that’s near impossible to translate perfectly onscreen. Overall, my issues can be swept away quite easily as they did little to dampen my viewing enjoyment.

If you’ve been getting burnt out with the MCU and are wondering whether to skip Moon Knight, I’d suggest still giving it a try. It’s quite unlike anything else Marvel has put out so far (which is quite an accomplishment for a cinematic universe with almost 15 years under its belt). Whether you watch Moon Knight for the action, romance, Ancient Egyptian Easter eggs or simply out of a love of all things Marvel, I can confidently say that you’ll find something to enjoy within the series. Best of luck, and happy geeking!
* 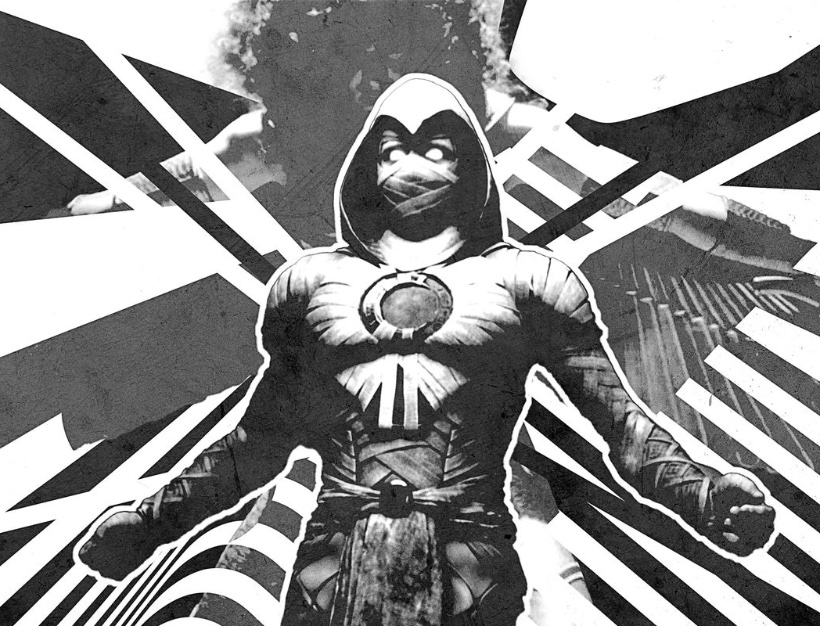