“What do you know about autism?”

If someone asked me this question, I would have to answer honestly with, “Not much.” I know that autism exists along a spectrum and that someone having autism could mean a variety of things. I know that awareness for autism has grown within my lifetime and that more people are diagnosed early on. According to the World Heath Organization, about 1 in 100 children have some form of autism. Despite its prevalence though, I have not come across much media that positively depicts and educates about autism. The most I have heard about organizations and media surrounding autism are the negative examples such as Sia’s 2021 film Music and Autism Speaks, an organization that frames autism as a terrible disease in need of a cure. When I heard April is National Autism Awareness month, I wanted to find some form of media that could better educate me on what life is like for those with autism. Enter The Reason I Jump.

Based on the book of the same name by Naoki Higashida, a 13 year old writing of his own experience growing up with autism, The Reason I Jump is a documentary following the lives of five young people from around the world with autism which attempts to share some of the unique ways in which they perceive the world around them and communicate. Utilizing quotes from the original book for narration, the documentary intercuts interviews with the individuals’ parents as well as contributions from some of the individuals themselves. Through their stories, The Reason I Jump attempts to show that at their core, autistic individuals have the same hopes, fears and dreams as everyone else, but the way the world is structured often presents serious barriers to their personal advancement and place in neurotypical society. 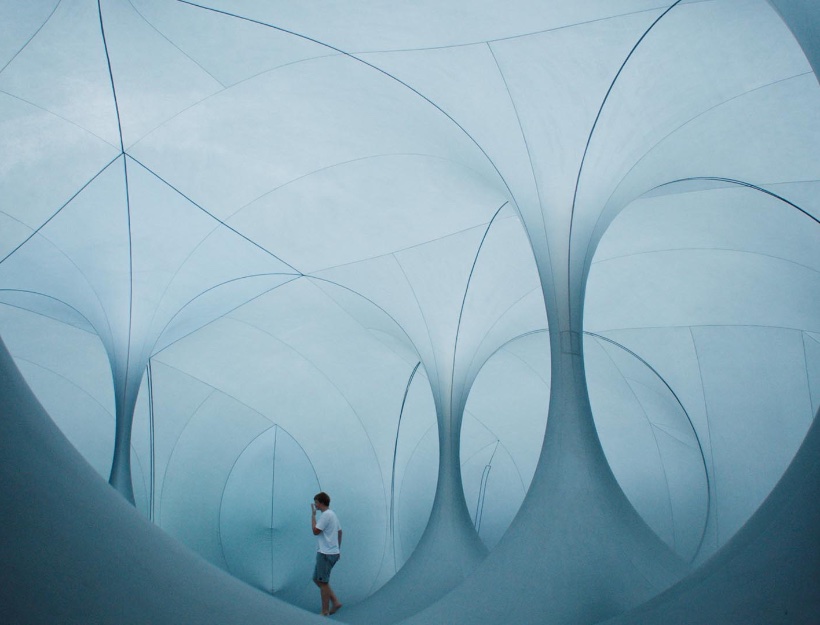 Film Review | The Reason I Jump

While many people on the autism spectrum mask their traits in order to blend into “normal” society , The Reason I Jump focuses on individuals with nonverbal autism who largely or entirely do not speak. It can prove difficult for these teens to express their thoughts and emotions when they have been born into a world that expects speaking to be the default form of communication. They have often found themselves alienated from their peers and disregarded in their public education as those around them are unable or unwilling to find a form of communication that works for them. Many who interact with these teens may even assume that their lack of verbal communication points to some sort of mental impairment when this is certainly not the case.

Throughout the film, The Reason I Jump carefully works to openly depict the struggles of autism without falling into common pitfalls of poor representation. Many conversations about autism can focus on the burdens autism brings to the parents of  autistic children and at worst can depict autism as an incurable disease. Though the film does not shy away from showing the tantrums and incessant screaming prevalent among nonverbal autistic children, the moving interviews with their parents show the deep love and commitment they have for their children and their understanding that these fits of anger come from a place of despair at the inability to communicate rather than from malice. Autism is not depicted as a disease in need of curing or a problem in itself. Rather the parents strive to work in tandem with their children to solve the true issue at hand: the struggle to communicate.

The Reason I Jump’s deepest impact comes from the words of Naoki Higashida and the thoughts of the teens themselves. Rather than relying on the non-autistic parents’ perceptions of their loved ones’ experiences for the bulk of the narrative, The Reason I Jump strives to highlight and empower autistic voices first and foremost. This is primarily done through Higashida’s beautiful prose describing the unique ways in which autism impacts his perception of the world around him. Through his words we understand the profound struggles that come from being unable to control his body and mind in the way society expects of him and his deep, all-too-human desire to connect with those around him and lead a happy, fulfilling life. His desires are the same as our own; he simply required a way to communicate them.

As the film progresses, we are shown the ways in which the other teens express their own thoughts and feelings. Amrit Khurana’s artwork is her primary form of expression. Her highly detailed, colorful art appears throughout the film and at the end of the documentary we are shown highlights from her solo exhibition “Metro Diaries, Lives Extraordinaire”. Benjamin McGann and Emma Budway share thoughts on their lifelong friendship and personal journeys via a letterboard (the same method Higashida used to write his book) where they can spell out their thoughts one letter at a time. McGann shares an insight in the closing moments of the documentary that perfectly encapsulates the importance of the film: “I think we can change the conversation around autism by being part of the conversation.”

There is still so much to learn about the human mind and the myriad of ways in which it works. The Reason I Jump helps us as an audience to see our own biases and question our assumptions, guiding us to be more inclusive in our thinking and pause before we dismiss someone for not doing things in the way we would expect. Perhaps we should reframe our own conceptions of what it means to be “normal” or get rid of that term altogether and focus instead on what it means to be human.

The Reason I Jump is a great starting point for those who wish to understand or empathize better with their autistic peers. I believe the film serves as a great primer to dip one’s toes into a highly complex and nuanced topic. I was moved by both the stories I heard and the insights I learned while watching. I hope this becomes a single step in my journey toward further understanding.