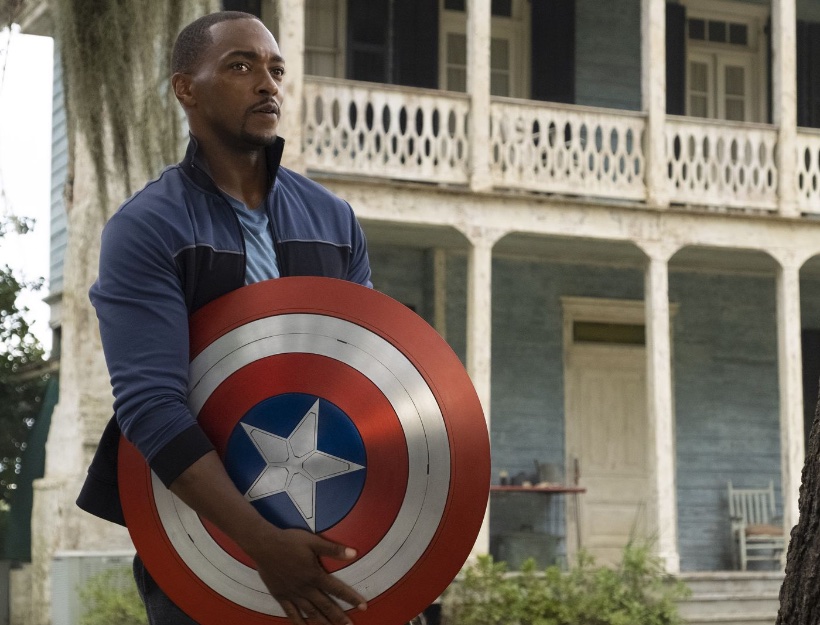 The Falcon and The Winter Soldier is a story of growth. It is a tale of coming to terms with one’s past and moving into one’s future, laying down identities in the wake of change and taking on new mantles. Although there may be a second season to come, the show will be unable to bear the same name as this is the tale of how The Falcon and the Winter Soldier set aside those titles and stepped into new roles within the Marvel Cinematic Universe.

Originally, The Falcon and the Winter Soldier was meant to be the first of the Marvel shows to air. However, due to the pandemic putting filming on hold, the more experimental WandaVision was the first to air on Disney+ to widespread acclaim. With Falcon next in line to be released, there were some who feared that the show wouldn’t be able to live up to the hype and renown surrounding WandaVision. Could this show possibly be as good as the charming, mysterious, heart wrenching tale audiences had witnessed just weeks before? 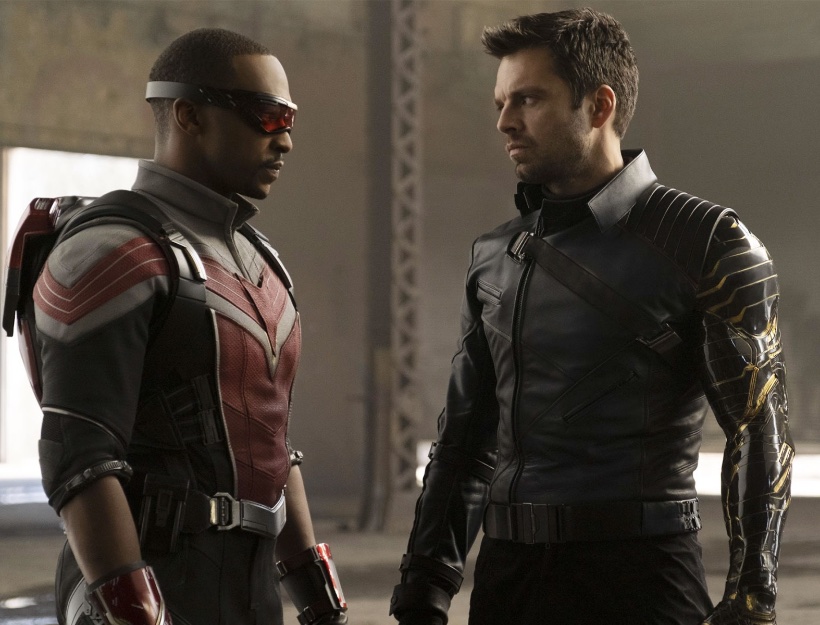 While not as eccentric or unusual a show as WandaVision, The Falcon and the Winter Soldier delivers in the area that matters most: character. The onscreen chemistry between Sam Wilson (played by Anthony Mackie) and Bucky Barnes (played by Sebastian Stan) make them a duo to be remembered and their individual arcs throughout the show are crucial moments of character growth that there would not have been time for within the larger context of a blockbuster movie. With both Falcon and WandaVision, Marvel has clearly demonstrated the point of including shows within the canon of the MCU: it allows time to explore character growth that previously would have been referenced as happening offscreen. Instead of having Sam be Falcon within one film and Captain America within the next, we now get to see the journey of how he came to the decision to pick up the shield and the weight and symbolism behind having a Black man become Captain America.

This is not a tale about the destination; we know what must happen for both characters’ stories to progress. Sam Wilson will become Captain America and Bucky Barnes will finally find a way to move past the crimes that he was brainwashed and forced to commit as the Winter Soldier. The beauty of the story lies not in the ending but in the journey to get there. Moving on from the past is something we all must do, but it is easier said than done. Sam and Bucky must face their past in the form of familiar faces such as Sharon Carter (Emily VanCamp) and Baron Zemo (Daniel Brühl) as well as struggle with an uncertain future in the face of such opponents as rebel leader Karli Morgenthau (Erin Kellyman) and the morally ambiguous John Walker (Wyatt Russell) who takes up the mantle of Captain America when Sam at first chooses to set it aside. 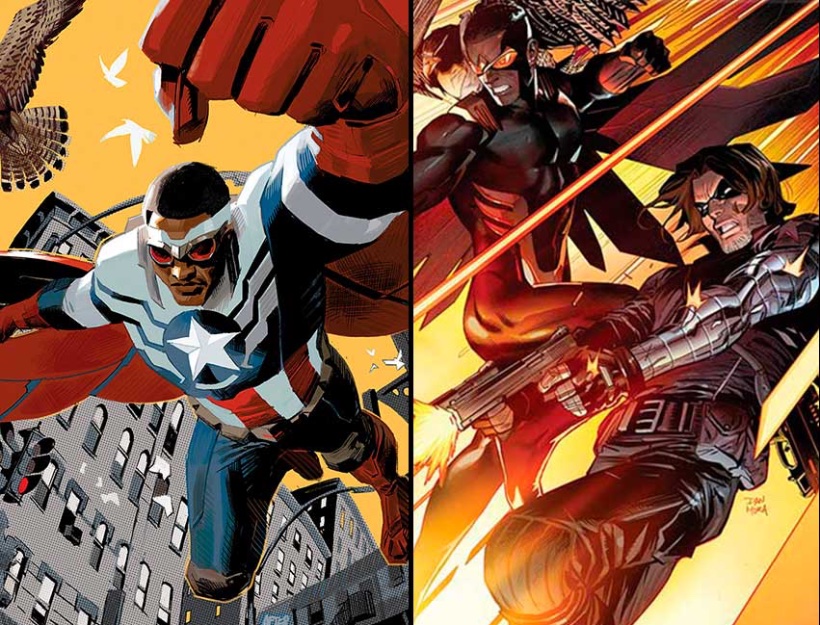 This is an ambitious show. Instead of shying away from the implications having a Black man as Captain America brings to the table, The Falcon and the Winter Soldier dives headfirst into them. Early episodes may simply seem to brush upon the topic of racism such as the police confrontation in which officers act aggressively toward Sam only to back down immediately when they hear he is The Falcon, but later episodes, especially the scenes with Isaiah Bradley (masterfully played by Carl Lumbly) truly show the depths to which America has sunk throughout history when it comes to the treatment of its Black citizens.

Another particularly poignant aspect of The Falcon and the Winter Soldier is its exploration of the treatment of soldiers by the government, especially those who have returned from service. Instead of taking the easy route and making John Walker a one note villain to easily be thrown to the side once the true Captain America steps onto the scene, the show gives compelling, heart-breaking motivations behind his actions and inevitable fall from grace. Watching his arc and Karli Morgenthau’s unfold, the show begs the question: are villains not born but made? 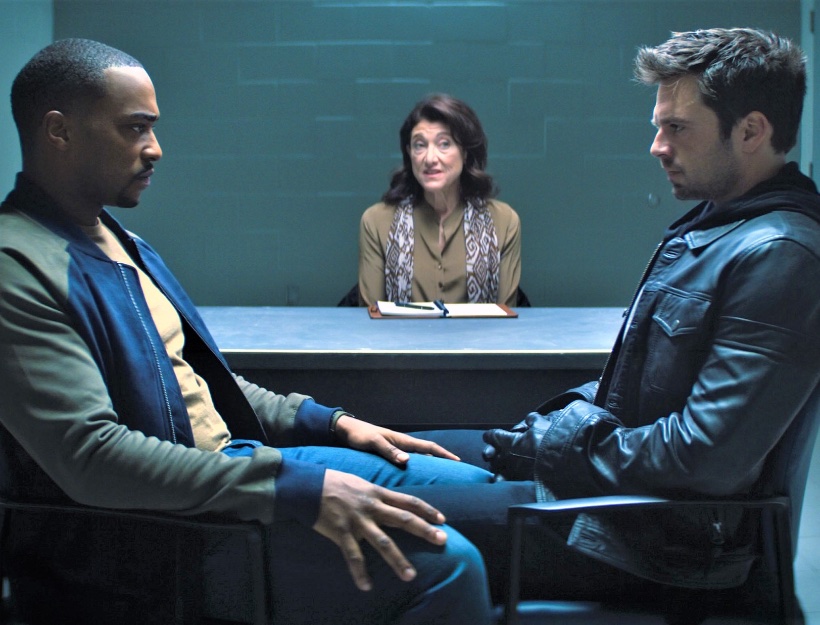 The show does not deliver perfectly in every regard. There were scenes where the story seemed to drag for a moment in the name of information dumps and the resolution to some arcs, especially that of the Flag Smashers, came across as somewhat trite and rushed. However, the good and I daresay the great certainly outweighs the mediocre moments within this show. There are scenes that span multiple episodes which will stay permanently etched within my mind, moments where I audibly gasped and said “Wow, they actually went there!” as I watched and discussed the show with others. The stories within it will touch your heart and will make you think and that’s exactly what good television is meant to do. I am excited to se what is to come within the MCU’s shows, whether that be a sequel to The Falcon and the Winter Soldier or something else entirely. With two successful shows under their belt, Marvel has certainly proven that they can be trusted to translate the charisma of their stories and stars from the big to the small screen with dexterity and depth. Endgame was the conclusion to a brilliant era and with shows like these being released, we can be assured that the next age of the MCU will be just as memorable as the first.