The image and sound of shattering glass has always been a weird fascination of mine.

I couldn’t tell you why honestly, but I like the feeling of shattering glass and the sound glass makes when it’s being broken. It has always been art in motion to me, it’s a beautiful disaster. In 1985 Michael Jordan was in Italy during a European Tour for Nike. MJ decided to take part in an exhibition between two local basketball clubs which would produce a significant career highlight. MJ took off from the free throw line and slammed dunked but when he was finishing the dunk he ended up pulling the rim down so hard that the glass backboard shattered all over his opponents. 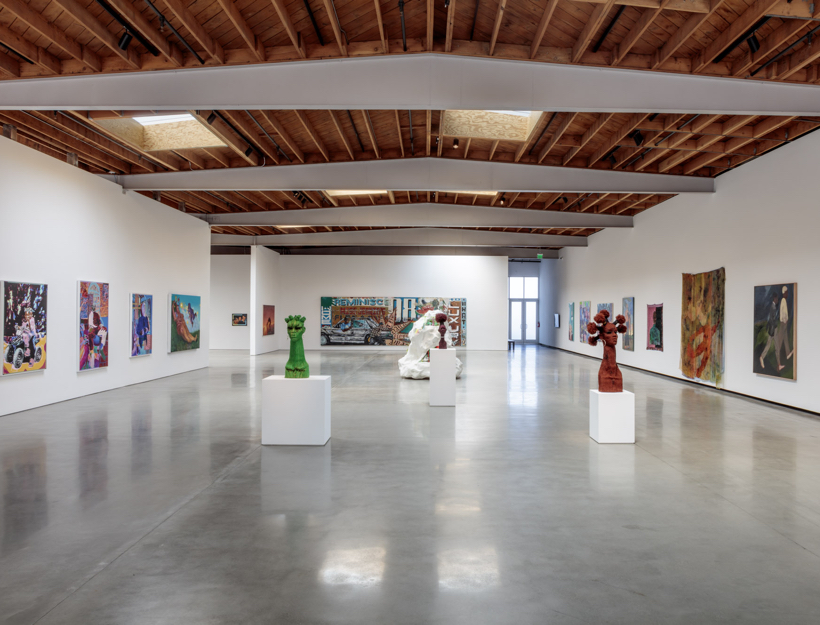 Shattered Glass @ the Jeffrey Deitch in Los Angles, Through May 22, 2021

The image of the glass shattering all over MJ’s white opponents was the inspiration behind AJ Girard’s & Melahn Frierson’s concept for the curation of the “Shattered Glass” exhibit.

For those of you who don’t know, I am a sneaker addict (to say the least). I’ve been collecting shoes since I was 7 years old, stopped collecting for a few years and picked it back up in 2019. A pair of Jordans that I did not hit on the NIKE SNKRS app were the “Shattered Backboard 2.0” Jordan 1’s because all sneakerheads know we get handed more L’s on that app than the Charlotte Bobcats 2011-2012 season. After speaking to AJ that was the one thing we had in common: losing on the NIKE SNKRS app. 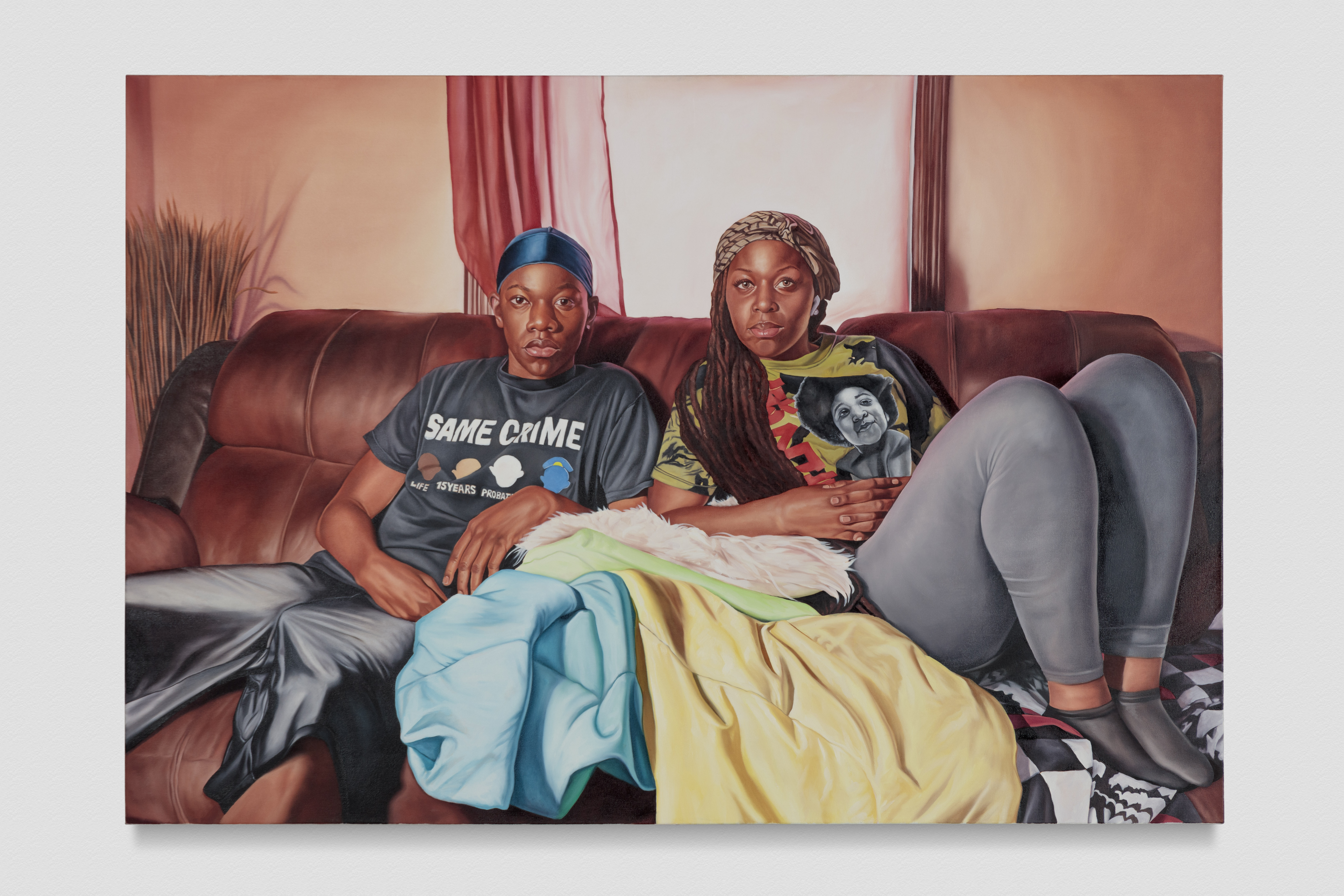 “One of my main objectives in curating this show was to see people that look like us in these spaces, and to be able to express themselves through their sneakers or streetwear fashion and feel comfortable”- AJ Girard 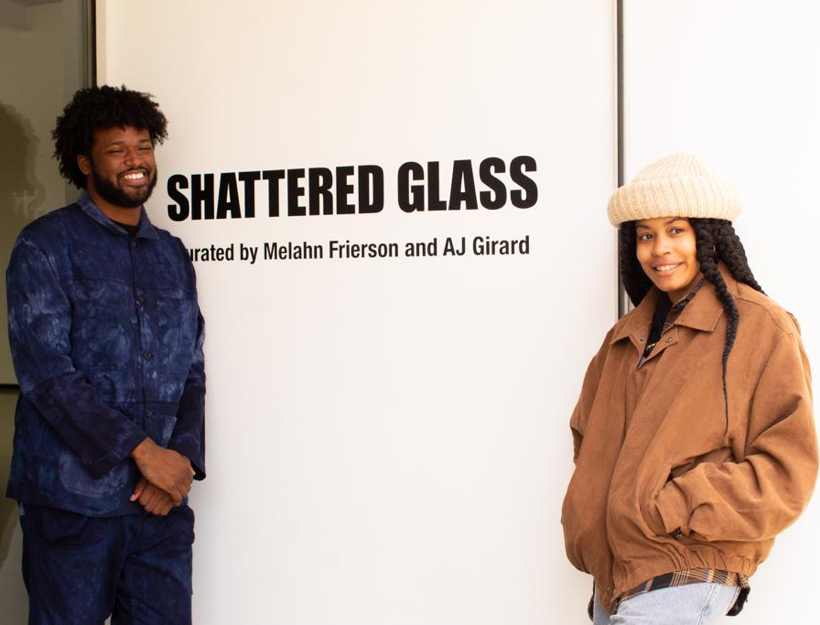 AJ Girard, one of the curators of “Shattered Glass”, along with Nyara.W at the Deitch in Los Angeles in May, 2021.

After having a quick conversation that started with the origin of sneakers AJ gave us a brief insight to his background, which for me personally was inspiring . AJ explained to us how he went from going to a HBCU to curating. AJ attended Howard University for his undergrad and then moved out west to Los Angeles about 5 years ago to begin his journey in the art world as an independent curator. He started off working at the Broad Museum which is one of LA’s most popular contemporary art museums. While he was working there he would not only speak to visitors about the art they were viewing but he would also talk about sneakers. So word spread about his niche on art and sneakers, and visitors would come in and seek out AJ to learn about art and sneakers. One of those visitors happened to be the late Nipsey Hussle, the Great. After losing Nipsey, AJ had an idea to somehow honor Nipsey’s legacy and ended up presenting an idea to the queen of LA, Lauren London. The idea was to curate an altar for Nipsey’s birthday which was given the green light by London and Nipsey’s team. After this successful project he then came up with the idea for the 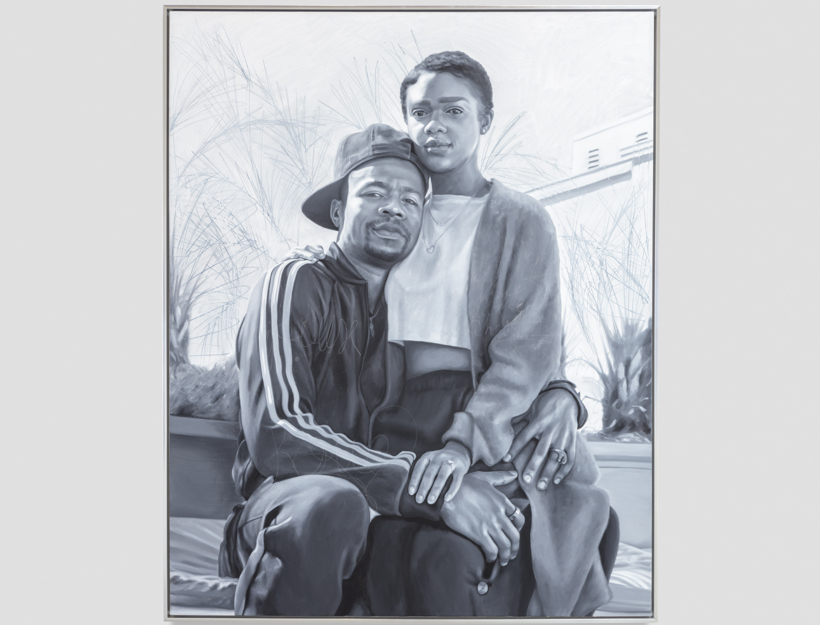 I stumbled upon Shattered Glass exhibit by accident.

I was actually connecting with some friends from out of town and we are all a part of a sneaker group called Kicking Through Pages (shoutout the KTP rellies Simone & Marti as well as the whole KTP fam). They suggested we check out the “Shattered Glass” exhibit which ended up being the highlight of our day. We got to speak with one of the curators, AJ Girard, who is also a sneaker connoisseur. The first thing AJ pointed out was the sneakers we were all wearing and he thanked us for showing up to view the exhibit. 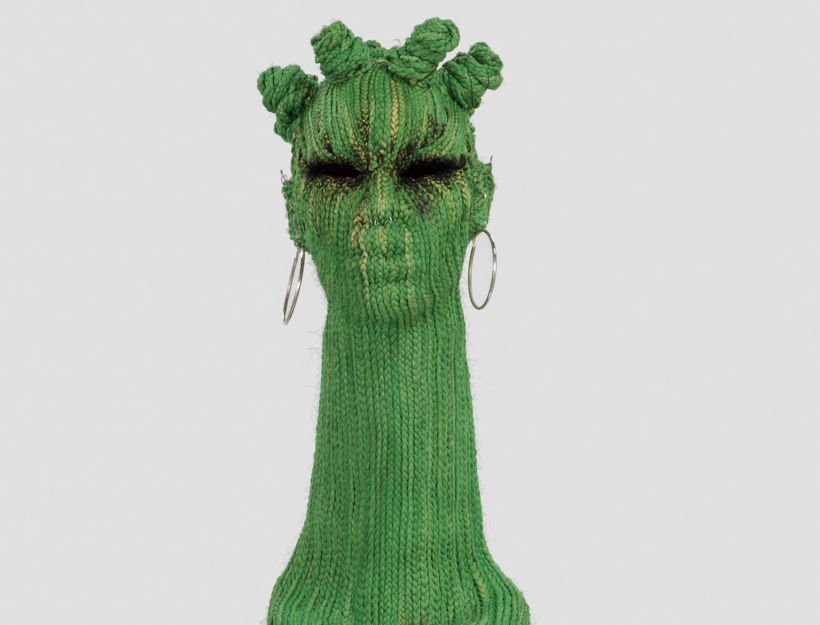 It was refreshing to not only speak with one of the curators but also to see someone who looked like me in that position.

As someone that attends many different art museums and galleries, I have never experienced a curator coming up to me to speak about sneakers and art. It just shows not only his character but also how he and Melahn are using the space to build community. What I appreciated the most about Shattered Glass was that I didn’t feel that imposter syndrome feeling. It was the first time I walked into a gallery and actually felt like I was supposed to be there. Seeing other attendees in the space that look like them will give younger children of color the confidence they need to feel like they belong in those art spaces by simply being comfortable in their own skin. It’s definitely an exhibit I could hit the homies up for and tell them to pull up, and I know they would feel connected to the work displayed in the gallery because it reflects our stories. 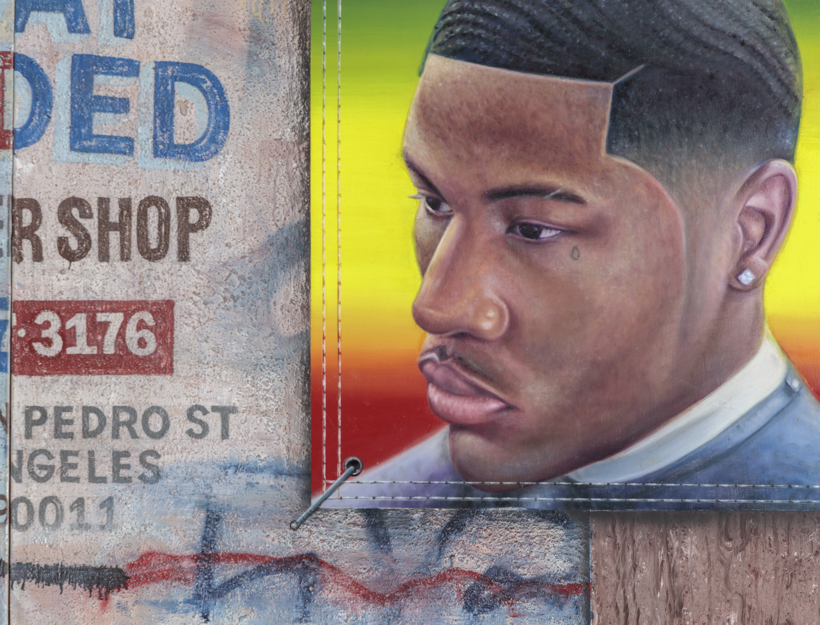 Shattered Glass is an exhibit in the Jeffrey Deitch contemporary art gallery in Los Angeles, featuring 40 artists’ artwork on display reflecting stories of social justice, power, and the importance of black women.

Some of the standout artists on display are Fulton Leroy Washington aka “Mr. Wash” who has a testimony you can feel through his art. Mr. Wash was sentenced to a lifetime of incarceration for a drug but was granted clemency because President Obama commuted his sentence. Mr. Wash shares his story through his photorealistic portraits. Other artists that have works on display alongside Mr. Wash are Rafa Esparaza, Mario Moore, and Murjoni Merriweather just to name a few. The art did not only resonate with me because of sneaker and fashion culture; all of the pieces on display depict real life stories from going to the barbershop to fighting against social justice issues. The artwork on display gives the viewers not only information about what we feel as a community but it also allows us to represent ourselves how we want to be represented as a culture. 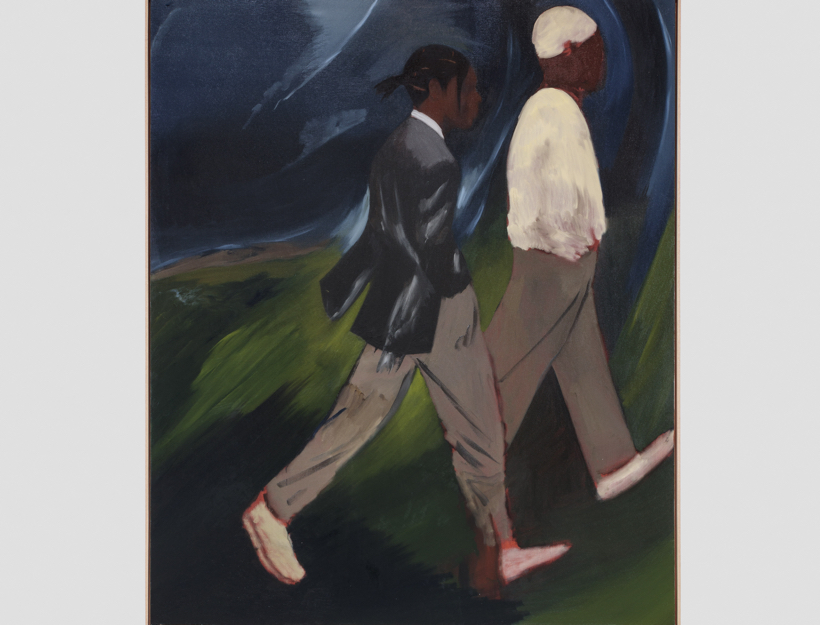 I highly recommend everyone visit the Shattered Glass exhibit at the Jeffrey Deitch in Los Angles before its last day on Saturday May 22, 2021. The exhibit is open from Tuesday-Sunday 11am-6pm.  Email reservations are required – email ” la@deitch.com” to reserve your visit!