Andre Henry, an award-winning singer/songwriter, always thought he’d write a book but not the one that he is prepared to release.

After the 2016 deaths of Philando Castile and Alton Sterling at the hands of police, he knew what his calling was as a Black man. “I’ve hoped for a long time that I might publish a book someday. I didn’t think that I would write a book about racism when I was younger,” he said. “I thought that I might write a book about theology or maybe a memoir, or maybe something about love or something one day.” He’s set to release All the White Friends I Couldn’t Keep on March 22nd. The book is based on his viral 2019 blog post of a similar title that’s an open letter “To All the White Friends I Couldn’t Keep.” Henry earnestly tried to have authentic conversations about racism and social injustice with his loved ones, white friends he once considered family. Instead, they shut him out and gaslighted him.

This forced Henry to rely on his biological family more than ever. He contrasts the uncomfortable dinners he had with friends from church where discussing politics was not allowed to the free-flowing conversations he has with his cousins in Atlanta.

Being a musician has helped Henry understand his audience as well.

“I only fight white supremacy because I have to as a Black person. And as a musician, I understand that I can’t make music that everyone wants to dance to,” he shared. “When we say ‘everyone,’ we’re excluding people that we are making invisible, but there’s no music on the planet that every single person wants to dance to. And I think that that is true across the board in so many different disciplines.”

“So I started to learn that when I talk about racial justice, some people think that there’s an approach that will work for everyone. And usually they assume that approach is, you know, ‘Be kind and try not to offend the person that you’re talking to.’ And those are great principles for conversation in general. However, that approach doesn’t work when the person sitting across from you just doesn’t want to hear you at all.”

While the events discussed in All the White Friends I Couldn’t Keep were playing out, Henry wrote his popular song “Playing Hookey” about his frustrations with White Evangelism. As he’s grown as a community activist — helping lead marches in Pasadena and even carrying a boulder around to represent the burden that Black people face in society — he’s processed through his own beliefs about Christianity and the person of Jesus.

“That was around the time when I was very much involved in church,” he said. “I used to be a pastor. I was studying to be a theologian and in school, and all the churches, not all, but most of the churches I was in relationship with refused to support the Black Lives Matter movement. And that was a huge wakeup call to me.” So Henry devoted his time to studying the success of the Civil Rights Movement and social justice movements in other countries and meeting with activists to find out how to end racism in America once and for all. He started a reading group around Bryan Stevenson’s Just Mercy which has since been turned into a major motion picture. The Ava Duvernay-directed documentary 13th was also foundational to Henry’s journey, equipping himself with knowledge about the facts supporting his personal experiences.

Besides All the White Friends I Couldn’t Keep, Henry also co-hosts the “Hope & Hard Pills” podcast with Alicia T. Crosby

The duo chats with fellow activists and social justice advocates. But the root of everything Henry does is his music. 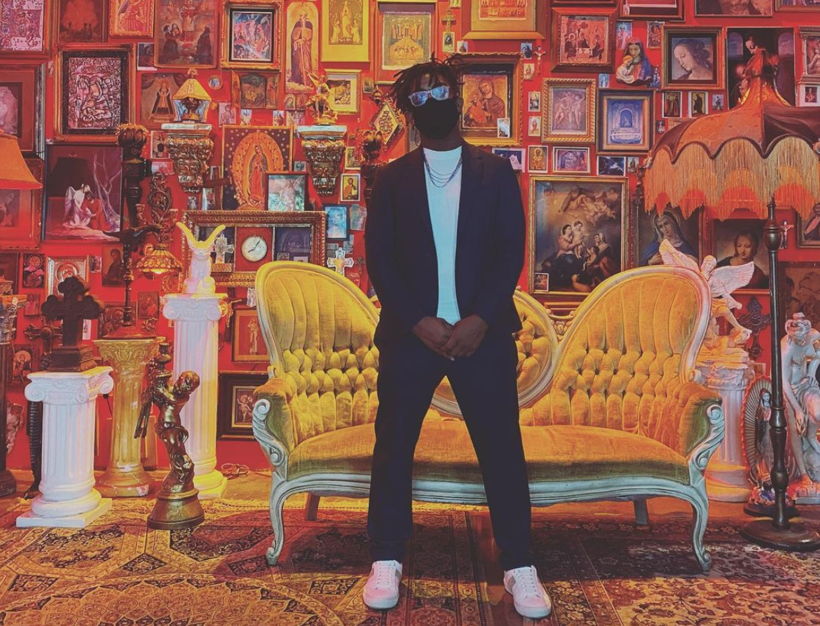 He recently reflected on the 10-year anniversary of receiving the inaugural “Reach Out and Touch” Award from the ASCAP Foundation in honor of veteran songwriter Nick Ashford presented by his longtime collaborator Valerie Simpson. That opened the door for many opportunities, including working on a song for an artist in the United Kingdom and performing at the Kennedy Center. On a local level, Henry’s song “Red and Blue (Remix)” was featured in the documentary Thorns on the Rose about police brutality in Pasadena. He’s enrolled at 1500 Sound Academy where he has strengthened his pen to further his mission.

“I’m going to learn how to make this subject even more approachable by making it sound just as good as any other song you hear on the radio,” he said. Henry’s carefully built his brand on this accessibility, even utilizing the color orange because it’s known as a warm, welcoming color, which he knows will attract exactly who it needs to. “You can focus on people who agree with you but aren’t active and that’s where I’ve chosen to focus my energy,” he said. “Instead of the people who are actively opposed, I focus on the people who are in support of racial justice. They say they don’t know what to do, they don’t know what their first step should be. And I have found that for me, that is a whole lot more rewarding. It’s a lot easier on me and for my mental health.”

Henry might have lost those white friends, but he’s gained so much more.

Preorder All the White Friends I Couldn’t Keep today.