That’s how Trish Hosein has introduced her persona for several years, performing across the United States and abroad with her magnetizing melodies, live looping and unfiltered storytelling.

In October, TRISHES released her debut album The Id, a 16-song journey through her many emotions, desires and experiences. The title, and TRISHES’ plurality of character, comes from Freud’s psychoanalytic theory that every person is born with three competing natures.

“The whole reason I started using vocal effects and vocal loops on some level I think it was how I would express these conflicting wants,” she said. “And then I think at some point, I just realized that, I think really often with art, you start creating and then you look back and you understand what you’re creating and I think that’s definitely what happened with me. I think I was really struggling to understand morality and integrity and why I would want different things that just didn’t seem to make sense to me.”

Much of The Id was written several years ago, but it seemed like the world wasn’t quite receptive to the exploration of race, social justice and mental health. As the Los Angeles-based Trinidadian-American artist was waiting for the right time, she released “Ego,” her debut EP, in 2019 and continued performing many of the songs meant for the album.

After the growth of the Black Lives Matter movement and then the pandemic of 2020, TRISHES noticed a “consciousness shift that I was excited about,” so she finally released the project. It was well-received by many, getting her placements on SPIN and Rolling Stone India. But there was still signs that not everyone embraced the more progressive world. The first single, “Venom,” about built-in rage as a woman of color, saw mixed reception.

“Some people really got it and then there was a lot of white guys who are gatekeepers, who just did not get it all,” she shared. “And, well, obviously don’t get it. This isn’t really made for you. This isn’t, ‘Share your perspective.’ So things like that are frustrating.”

Despite the obvious barriers that persist, TRISHES tries to separate the reception of her art from the art itself.

“The people that do get it and understand it and feel empowered by it, that is really fulfilling,” she said.

TRISHES has also built her brand through thought-provoking and insightful music videos. One of the standout tracks from The Id is “Big Sunglasses,” which discusses the power of anonymity and how the accessory hints that people perhaps have not evolved as much as we think we have. For the video, TRISHES worked with previous collaborator Jessica Lorenzo (who co-directed “ColoRED Dreams” for TDE’s REASON) to recreate Stanley Milgram’s experiment where people were asked to shock someone who was secretly an actor. There’s also a nod to Philip Zimbardo’s Stanford Prison Experiment where guards would wear reflective aviators to detach themselves from their work.

“One of the things I knew I wanted to talk about was anonymity because the whole album, it’s about our like primal, subconscious selves,” TRISHES said. “And when we feel anonymous, I think it is a closer look at what that self is. So I’ve always been really interested in anonymity and how it affects us.”

Another track that shows TRISHES’ artistry is “Cotton Candy,” a bubbly track that is actually about her swirling anxiety. The duality of the track conjures up the image of the meme currently circulating where two people are on a train looking out both sides where one sees sunny skies and the other sees darkness. The inspiration came from her days as a young teenager working at the San Diego County Fair and watching cotton candy grow.

“It’s actually this very small amount of sugar, but then they [swirl it and] it just gets to be so huge and inflated…. I feel like most adults in modern society have this crazy amount of anxiety compared to the things we’re actually anxious about.”

TRISHES has taken her message beyond her music as she’s a contributing writer to several publications, appeared on Andre Henry’s podcast and even shared her own TED Talk. She spoke about the historic economic trend of forcing people, especially minorities, to specialize in one task. However, that is not what humanity is built for and we are supposed to embrace our many talents and interests.

For herself, TRISHES has embraced drawing. After several years of denying that she could pick up a pencil she finally tried it out and found that she could, indeed, draw. She’s since incorporated visual art in her releases. 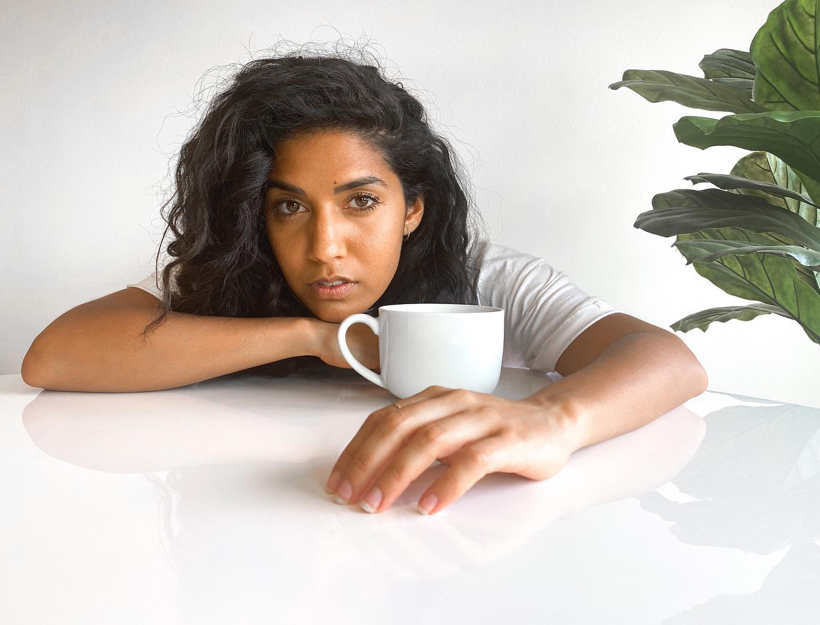 People of Note | My name is Trish, but you can call me TRISHES

“It’s all very purpose-driven,” she said. “It’s just been a lot easier to like convey my message and to be clear on my purpose, integrating other things into my artistry.”

She uses her platform as an advocate for social justice and an inspiration for young girls who look like her to live in their purpose.
*