Pasadena Chalk Festival ‘22: How a Piece of Chalk is Able to Create Extraordinary Art and Build Community One Mural at a Time!

Imagine sweating for 48 hours over a prized artwork, slaving under the hot sun to create the amazing image developed in your mind’s eye onto the rough cement below you. Sweat dripping onto your work as you practically lay down on a concrete slab in order to perfectly draw your lines and lavishly fill in the colors. Thousands of onlookers pass by for the two days of your public artistic expression, some for a few moments, and others barely noticing your toil and labor. And, at the end of your sacrifice, to have your exquisitely finished piece of chalk art eradicated two days after the festival by an unknown spray washer. 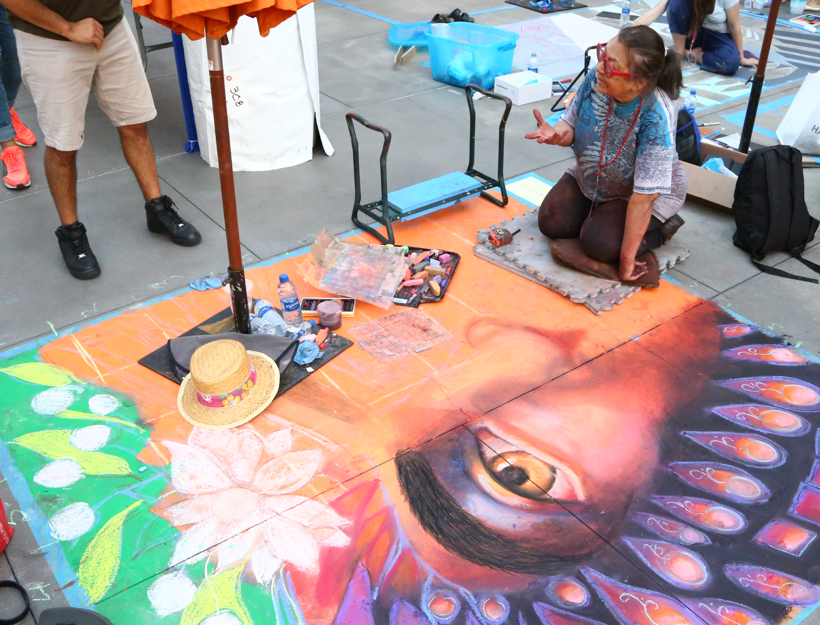 What would motivate an artist to struggle knowing that their work is temporary and to be blasted into oblivion by torrents of water? And that the race to complete one’s mural in time for recognition is limited to what might be accomplished on two of the hottest days of the nascent summer? 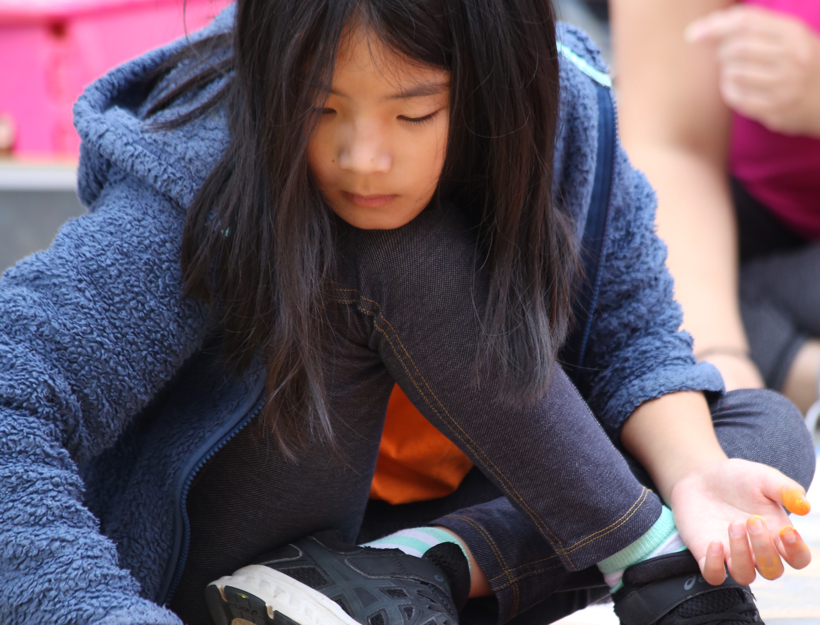 The answer lies not necessarily in an artistic framing of the experience but rather the human side of the festival. The COVID-19 pandemic has eviscerated our lives on a multitude of levels, one of the most pronounced was the elimination of public events – concerts, sports, movies, festivals, etc., were all shut down for nearly two years. And yet, this year’s Pasadena Chalk Festival promises to be one of the most exuberant ever! 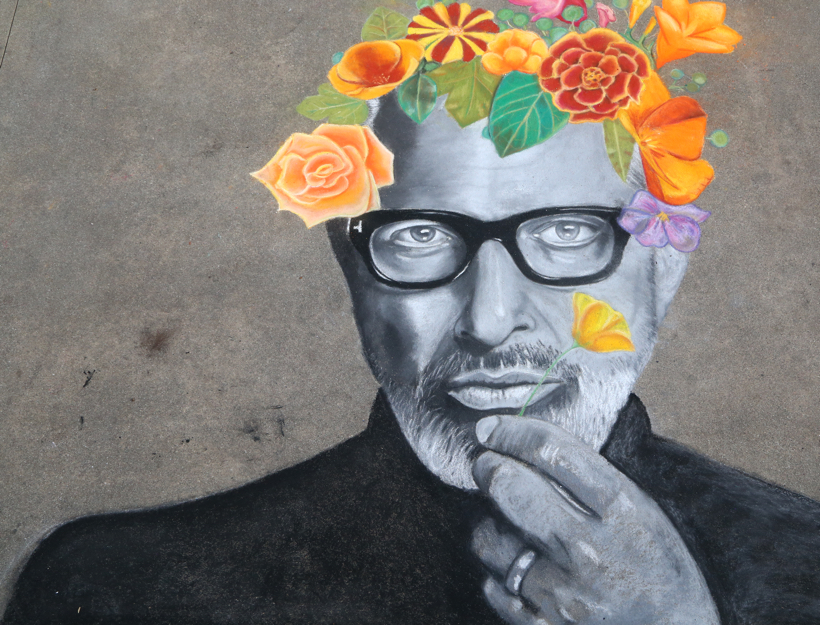 With over 200 murals and nearly 600 artists this year, the Festival is back on June 18 and 19 at Paseo Colorado. Part of what drives the enthusiasm of artists is the ability to co-create. Not solely to draw murals together, but, more importantly, to create murals simultaneously in community. To be able to look down the corridor or across the square and see other artists frantically working to grid their parcels, sketch their lines, smooth their colors, just as they do the same! It is the sense of relationship that brings artists back each year to draw alongside one another. 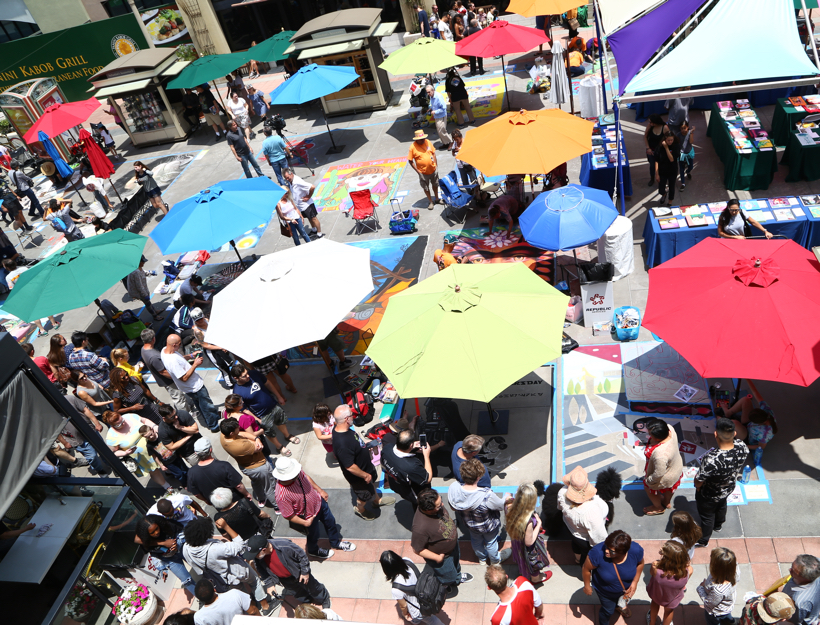 Culture Honey asked several long-time Pasadena Chalk Festival artists why this event is so special to them and this is how they responded: 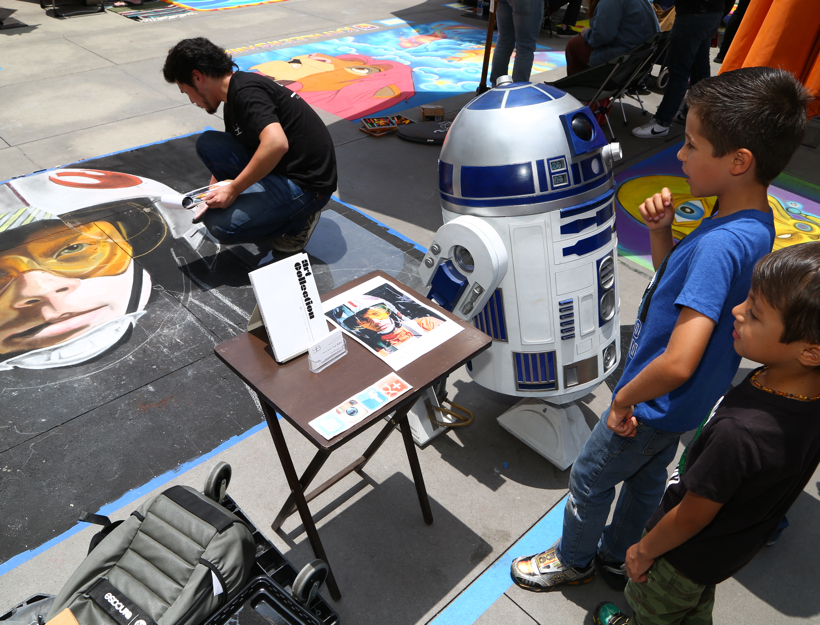 Ester Petschar, a veteran of 27 festivals (she has only missed one since its inception) notes, “Seeing all the old friends, the newcomers and the great art – which has become better and better every year – is what draws me back.  People pour their hearts into their murals!  I love seeing my friends who keep coming back each year; they are like family. I love it, love it!” 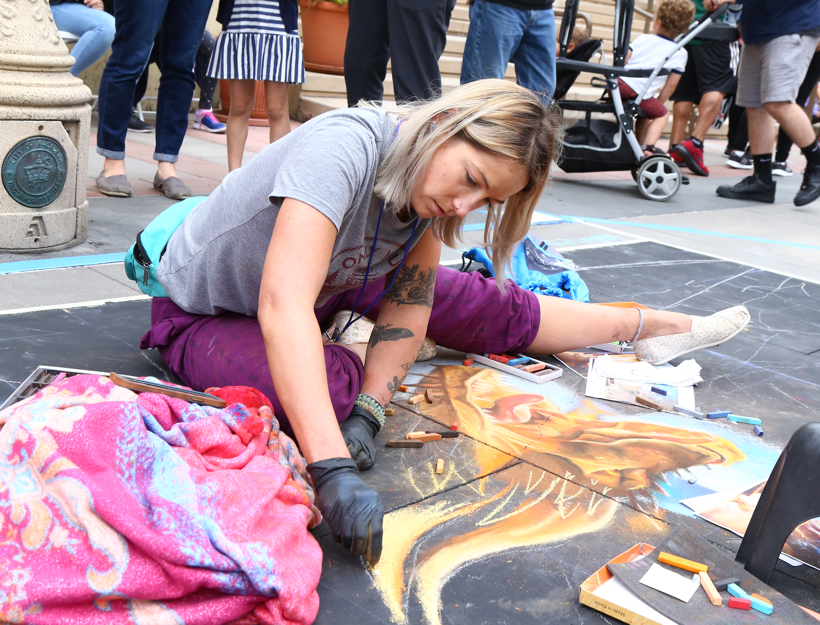 Liz Espinoza – “Gosh, I’ve never thought about it. Maybe it’s the challenge of it all. The interaction of audience and the artists. The camaraderie between the artists. The friendships forged. The support for the arts in the schools. Challenging myself in front of the world. It always makes me want to do better. The encouragement from the other artists. I like the fact that the range of skill and imagery is so great. It allows for one to be where they are and yet to be inspired by others. I have often told people who ask what it’s like to draw with an audience, and my response is that it’s like standing naked in front of the world. Everyone who comes by is watching you.” 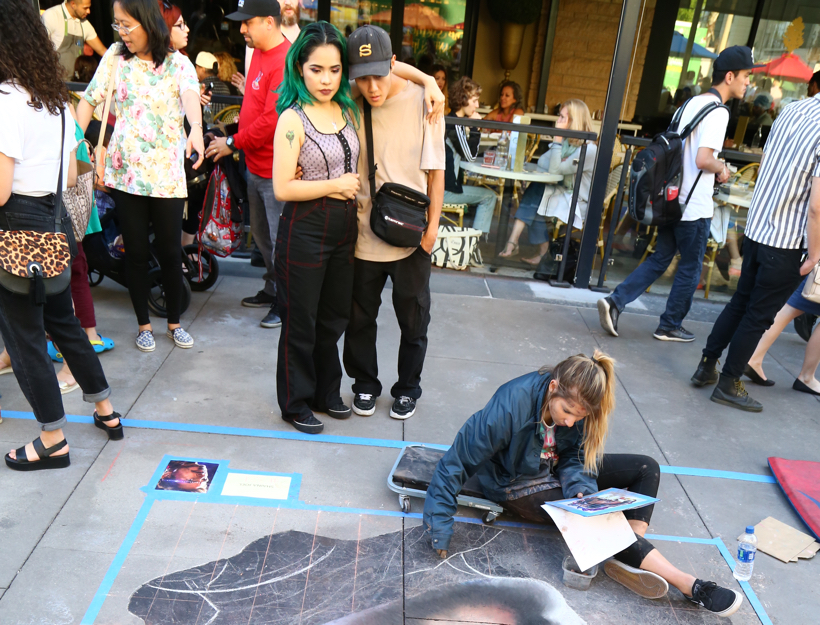 Sasha Karlova – “The Pasadena Chalk Festival has become an annual tradition for me. When I moved to Portland last November, I planned to visit SoCal a few times a year, and I planned for one of those times to always be for the Chalk Festival. Having done the 2020 festival remotely and the 2021 festival being cancelled, I wouldn’t miss the 2022 festival for the world! Having the opportunity to draw in-person again is so exciting. I’m looking forward to the festive environment, the joy of creating with the community of artists that I’ve been a part of for over 15 years, and talking to the spectators. It’s one of my favorite weekends of the year, and I haven’t found a community quite like this anywhere else.” 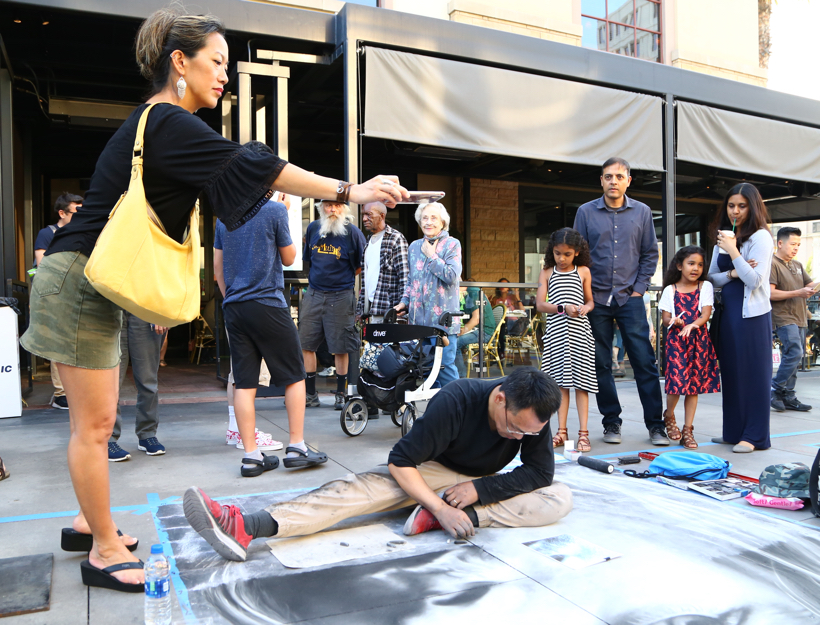 Henry Casas – “Everyone is so friendly and supportive, especially to new artists. I have learned many different techniques to chalk and built numerous friendships…we have even kept in touch outside of the festival by creating social media groups where we talk about art, other festivals, and keep abreast of any future art opportunities. And unlike other art that is created in one’s home or studio, the Pasadena Chalk Festival provides an opportunity for the community to see every step it takes to make such beautiful art. As I work on my mural, I have heard many people talk about when they used to make art – maybe it’s not painting, maybe it’s sculpture, weaving, pottery, or whatever. But it seems to rekindle the desire for them to go back and do whatever that art form was. I think it’s very inspiring!!!” 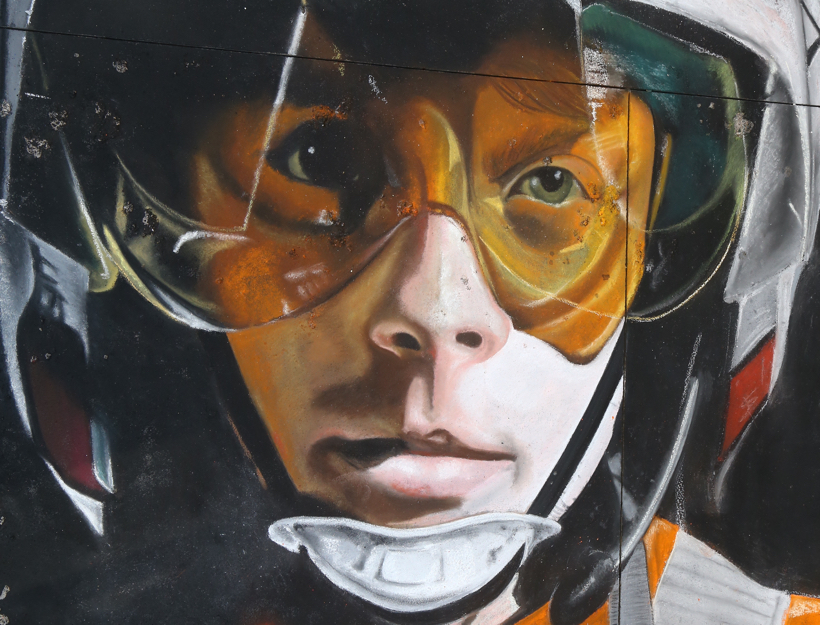 Nearly 30 years ago the idea for this unique festival was hatched out of the Light Bringer Project’s office on the top floor of the Julia Morgan-designed YWCA building through an idea floated by a summer intern named Nancy Siegmund. As many intrepid youth have done over the decades, Nancy backpacked across Europe and witnessed the tradition of street art painting in the plazas of Milan, London and Berlin. When she returned to Pasadena it made sense to replicate the idea of creating street art with chalk here and the LBP began to organize its first event in front of City Hall in 1983. 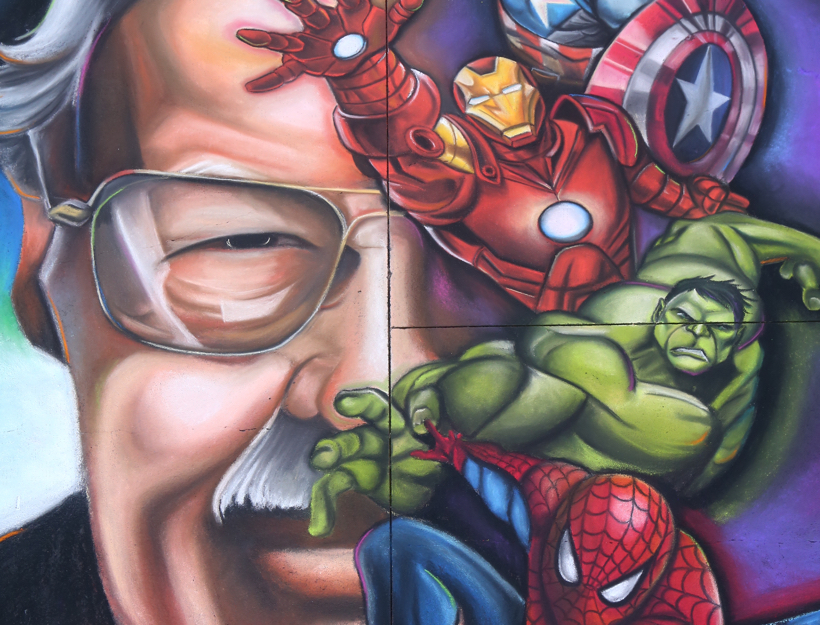 The unique aspect of street chalk art festivals is that they are essentially museums without walls. And, in fact, the wall that the art is placed on for viewing is actually the ground that we walk on, so instead of looking up, we look down at the art.  Naturally, there are no plaques on the wall that describe what the piece of art is portraying, or who the artist is, as in traditional museums. So the viewer is only impacted by what is being seen in the moment and not influenced by the interpretation of a museum curator or archivist. 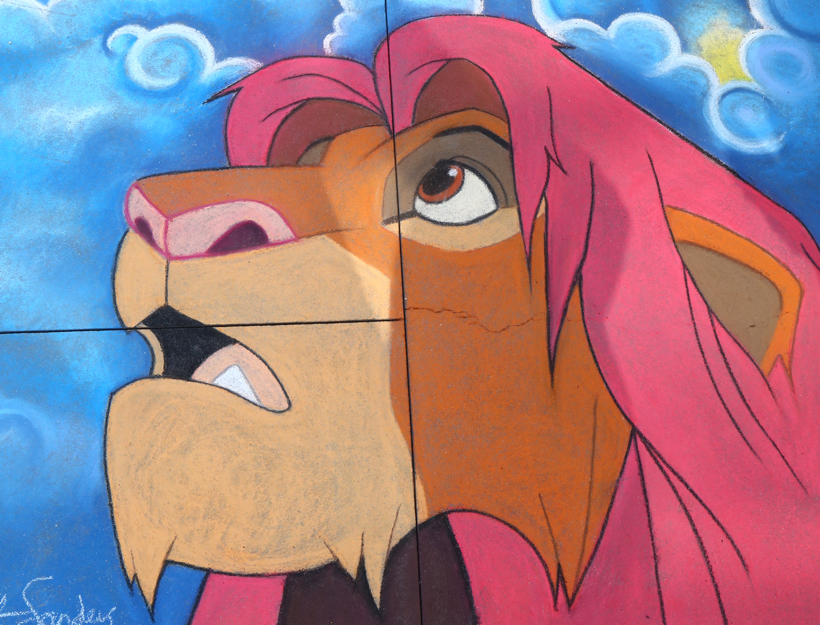 The Light Bringer Project’s Managing Director, Paddy Hurley explains the experience this way: “We have been known to call it “A Museum Without Walls” (also “20th Century Graffitti”) which refers not only to street art, and the transitory nature of it, but it also takes one back to cave paintings. During early human history people wanted to convey stories and their lives in pictures.”  For many, the comparison to cave paintings is an apt one as many of the topics selected by the artists to paint represent our current cultural and social context.  Each year mural subjects range from superheroes, to environmental degradation, to celebrating Father’s Day, to gender equality. 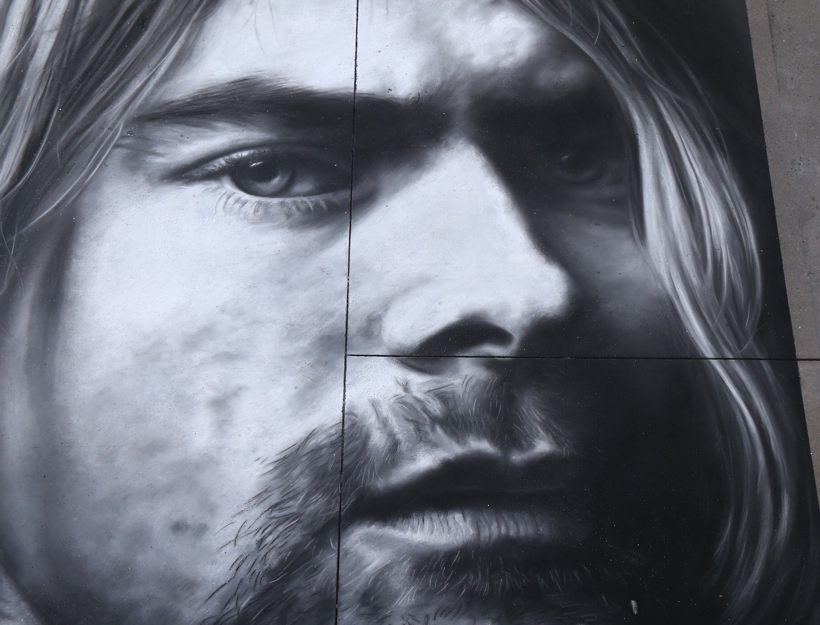 The structure of this type of public event is unique as it allows for interaction between the artist and the viewer that normally is not possible during the creative process. For example, artists generally work in a studio, usually alone, with no witnesses. In this event, the street painting is fascinating not only because you are allowed to see the creative process, but you can also talk to the artist while they are making their mural. Hurley continues by observing, “So the atmosphere is one of an accepting, non-judgmental, open interpretation which gives everyone a couple of things: a sense of being welcomed into the art world and simultaneously stimulated by the artistic work. A person immediately knows what they like, and is in touch with the artist. So folks who may be intimidated by the art world, or afraid of museums, or think they’ll never ‘understand’ art – all that goes out the window at our chalk event. It’s very immediate and intimate.” 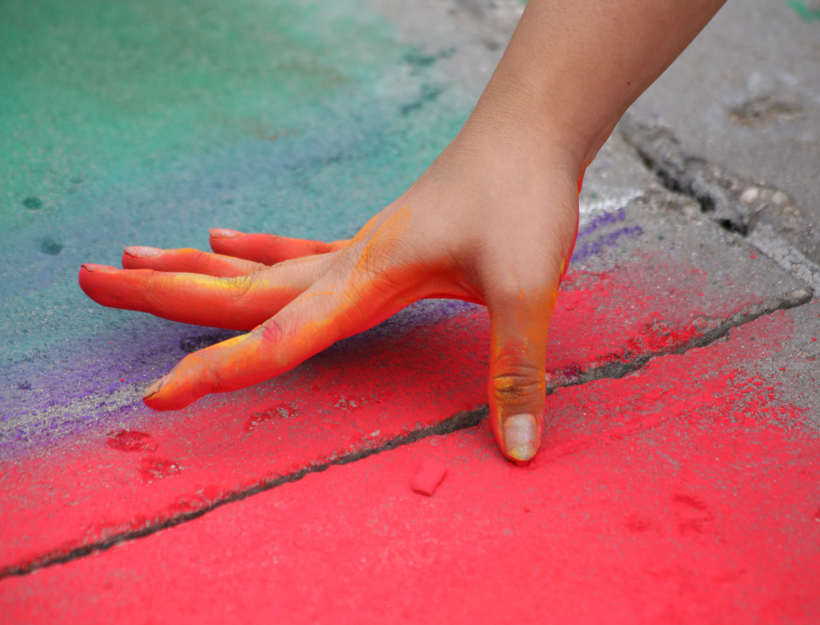 On top of all of this, the artwork is incredible! It is astounding to see what these venerable street artists, or Madonnari as they are called in Italy, create with just a stick of chalk on an unforgiving surface under the hot sun. And in just 48 hours. It is no wonder that these are the two busiest days of the year for Paseo Colorado! For here, the public is provided the opportunity that it rarely ever has: to actively participate in the creative process and to be invited, if ever so briefly, to join the community of chalk street artists. And what a beautiful community it is!