Emotions are a tricky thing. They can be overwhelming, confusing and complex. Everyone deals with them, but how would you handle it if you had to experience others’ emotions as well?

That is one of the burdens that Alex Chen, the protagonist of Life is Strange: True Colors, carries due to being an empath. This means that when someone is experiencing strong emotions whether it be anger, sadness, or frustration, Alex experiences them as her own.

Life is Strange: True Colors is a graphic adventure game that has choices that can affect how the story plays out. Developed by Deck Nine, Life is Strange: True Colors is the fifth game in the series and the third main installment. You play as Alex Chen, an Asian American girl who has been in the foster system for a while and has had struggles with being an empath. The game starts out when you go to Haven Springs, Colorado to reunite with her older brother, Gabe, someone who she hasn’t seen in over eight years. You follow along, seeing her reunion and watching as Alex stumbles into a bigger mystery after experiencing a traumatic event. The event shakes up a lot of the residents of Haven, especially Ryan and Steph, a park ranger and DJ/music store owner who are both close friends of Gabe. Throughout the game this trio works together to uncover the secrets behind the mysteries of Haven and Typhon, a powerful mining company. 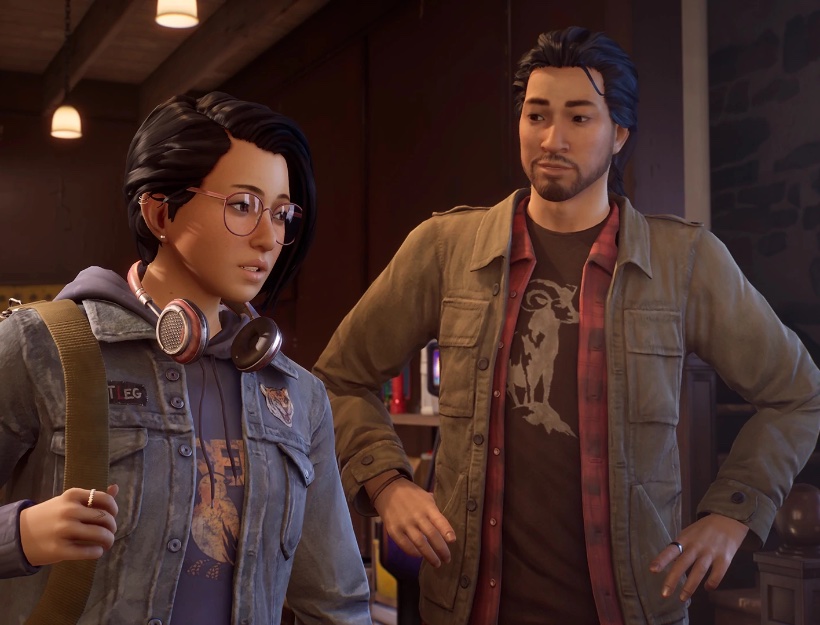 As you play through the game you start to connect with the trio a lot. Alex Chen is an especially likable protagonist: kind hearted, strong and with a good sense of humor, she has it all. Yet she doesn’t feel like someone who is too good to be true. Instead she feels very human and reliable, something that I have to give props for considering that in my eyes Life is Strange has not always been a pillar of exceptional games. I tend to view the series as games to sit back and enjoy, equivalent to popcorn flicks. While I feel like there is nothing wrong with those types of games, they are ones where you can point out the flaws easily. When it comes to this series, I can say without a shadow of a doubt that Life is Strange: True Colors is the best of the bunch. I feel like it is a game with enjoyable, lovable characters, nice music, a visually appealing art style and equally even love interests. 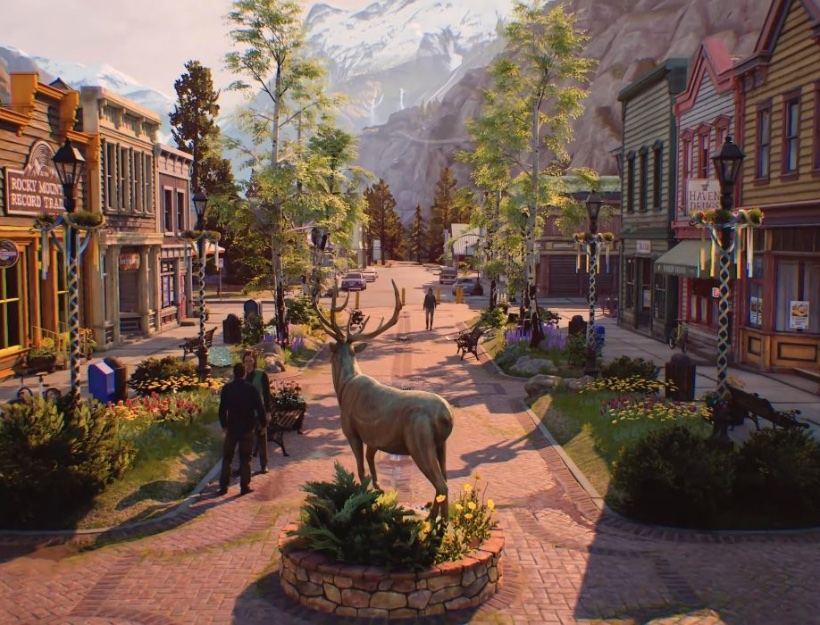 The music helps bring a lovely charm to the small town of Haven and the covers of certain songs like Radiohead’s “Creep” which was covered by mxmtoon as well as other featured artists like Hayley Kiyoko and Foals help add to the experience. Music can elevate a game and this does just that. The visual style has also improved nicely from the first few games in the series and while graphics aren’t the end all be all they can make a gaming experience even better. Both of these along with the better voice acting performances and writing help make this game stand out above the rest of the series. But I believe the stars of this game are the trio of Alex Chen, Ryan Lucan and Steph Gingrich.

Alex Chen stands out from other protagonists over the years of Life is Strange games as she does not suffer from the usual main character syndrome. She doesn’t feel like a stereotype and instead feels like someone you could meet in real life. She has flaws such as having low-self worth and plenty of self doubt but she also has great strengths too. She’s smart, witty, and resilient from the life she has lived. Despite having to deal with everyone’s emotions she is still a very caring and empathetic person. The connections she makes with others feels genuine and that remains true in her romantic pursuits. Alex Chen is a bisexual character who can either pursue Ryan or Steph during the game. Both love interests are handled well and are adorable in their own right, something that the previous games felt lacking in due to the developers and the story heavily favoring one option over the other.

Ryan Lucan is a sensitive, introverted park ranger who is extremely loyal and has a big heart. He helps Alex out throughout the game and seems to really care about his loved ones. A bit of a dork both in general and when interested in someone, his romance route is an enjoyable one with soft, cute romantic moments that show how well he and Alex work as a couple. 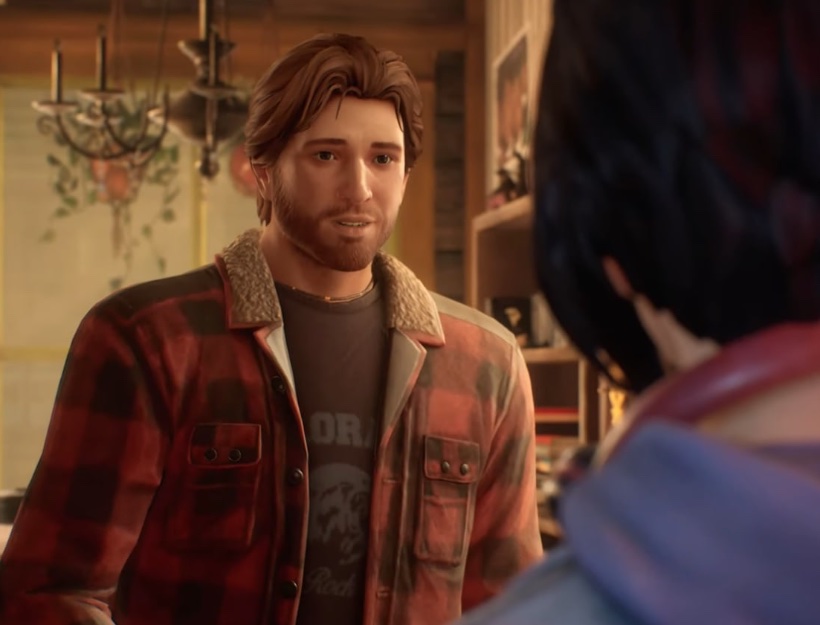 Steph Gingrich is also a wonderful character: a cool, seemingly laid-back type who can be a restless force of nature and deeply creative. You may think you have her figured out on first glance but she turns out to be a huge dork in her own right, being obsessed with this world’s version of DnD. A girl who can dish it out but not always take the flirtations back, she makes a great love interest who is shown throughout her route to be a good fit for Alex as well. 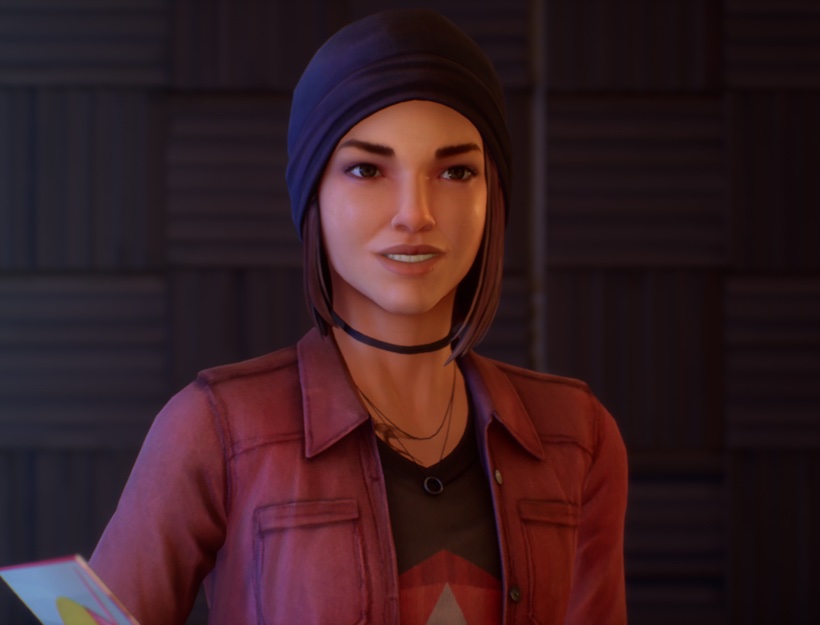 Both Ryan and Steph are great options and that’s one of the best parts of the game in my opinion. While video games have increased the number of canon LGBTQ characters that doesn’t mean they always hit the mark. Sometimes games fall into tropes and stereotypes that cause more annoyance than appreciation for the characters. While I feel that some of the tropes still apply in this game, I find myself resonating more with Alex Chen than the other canon bisexual protagonists from Life is Strange‘s past.

As someone who is bisexual myself, I really appreciate when I get to play as someone I view as good representation, and that’s what Alex Chen is to me. Not only that, but I feel as though having good male and female love interests helps validate bis which is always a plus in my book. And while I cannot speak on rep to that degree of authority when it comes to Steph because she’s a lesbian, I feel like she doesn’t fall into some of the less than stellar stereotypes and such that come with lesbians in media.

Overall I believe that Life is Strange: True Colors is well worth your time. If you are looking for a relatively shorter game with a charming setting, intriguing mystery, good characters and some nice rep, then this is the game for you. With it being on the PS4, Nintendo Switch, Xbox One and more, what are you waiting for? Excited to celebrate Pride Month? Then why not start out with this game and enjoy meeting Alex and visiting the small town of Haven.
*