How would it feel to unpack someone’s life?

Unpacking is a game that answers that question. An indie game that came out in November of 2021 developed by Witch Beam and published by Humble Bundle, it was a lovely surprise for gamers everywhere.

Unoacking is a puzzle game in which you follow the protagonist as she unpacks and decorates her room throughout different points in her life. Within each room you have a certain set of boxes and within those boxes are different objects to be placed in their proper spots. Whether that be books, a soccer ball, photographs, or an adorable pink pig plushie, each item has its place and you, as the player, get to figure out how to make the ideal room. It is a charming zen-like, peaceful experience especially if you enjoy organization or cleaning.

At first when I had heard of the premise, I had assumed it would be a pleasant game for some but not for me. I’m not the biggest fan of tidying up or room decor. While some find cleaning calming it stresses me out so I had brushed aside the game for a while until I kept hearing great things.

So I gave it a chance and I am very glad I did. For what seems like a fairly simple premise holds a game full of heart and wholesome joy. 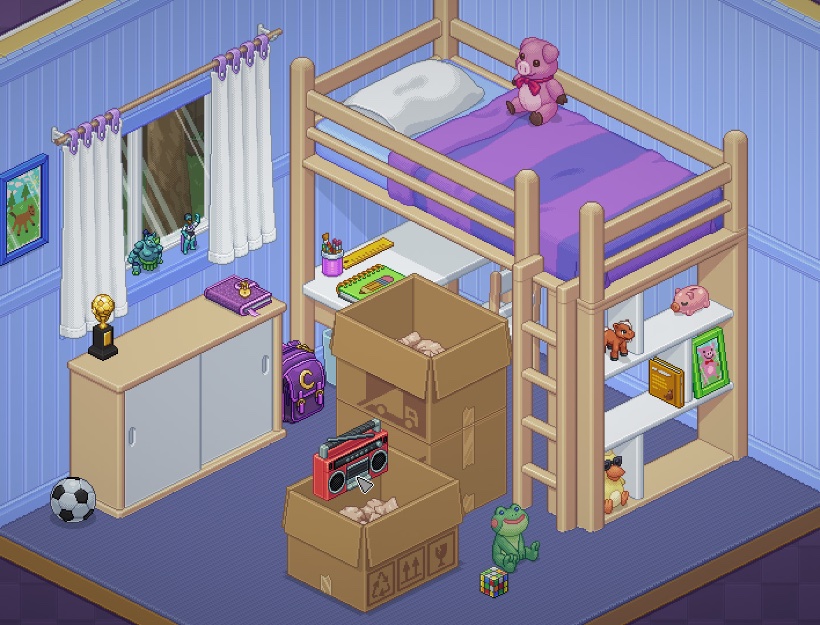 The genre of video games affect their stories’ styles. Some use a lot of showing, others do more telling. Some are extremely character-based and others are plot-based first and foremost. With Unpacking the creators decided that instead of using audible dialogue or tons of text to tell their tale they would have you uncover it by environmental storytelling. Each object that you pull out of the boxes helps add another piece to the protagonist that you didn’t know about before. It makes you realize how much can be learned from a single person’s belongings.

As you start out the game you are following the protagonist during her adolescent years, seeing that she likes soccer and is a collector of figurines and plushies. From there you jump forward into the future by seven years from 1997 to 2004. With each chapter that you complete you are experiencing and participating in that stage of the protagonist’s life. Aside from the nice little nostalgic references like Sailor Moon and Tamagotchi which show that she’s a loveable dork you also get to experience the high highs of her life and the lower lows. 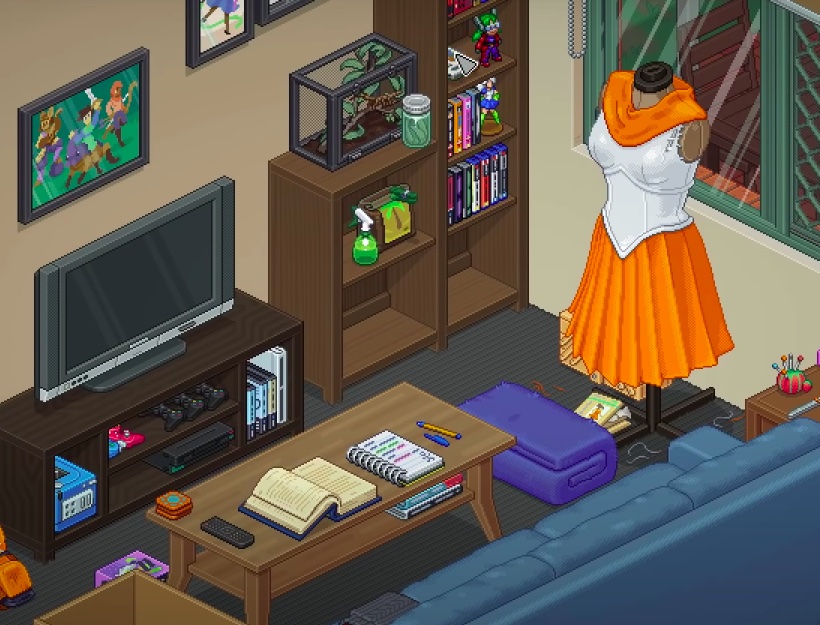 You get the excitement that the protagonist does of having her first space that is truly her own and get to see it expand before seeing her hit a rough patch. It is a beautiful way to tell a story all while allowing you, the player, to uncover all the little bits and pieces of the protagonist’s life. By the end of the game I had developed a fond bond with her.

Not only does this game tell its story excellently and have a great narrative which was rightfully acknowledged at the 18th British Academy Games award. The award show where it won Narrative but it has authentic feeling representation as well.

The representation feels natural as you gradually find out more about the protagonist and eventually her girlfriend. Throughout the game you find things such as a dreidel and menorah that make it clear through environmental storytelling that your protagonist is Jewish. It is rare to find good Jewish representation in video games so it was nice to see something that felt so natural appear in the game. Not only is there that though, as you can pick up throughout the game that the protagonist is also bi; this is handled nicely as well. Something that I hadn’t picked up on immediately but was also prevalent in the game was the fact that the protagonist is disabled. Through the earlier years the player can see hints that the protagonist has some sort of disability or chronic illness. Things like jar grips, medication, a first aid kit, tiger balm and a cane will all be possessions you will unpack and place. This skill with representation didn’t go unnoticed either as it won both Best LGBTQ Indie Game as well as the Authentic Representation Award at the Gayming Awards in 2022. 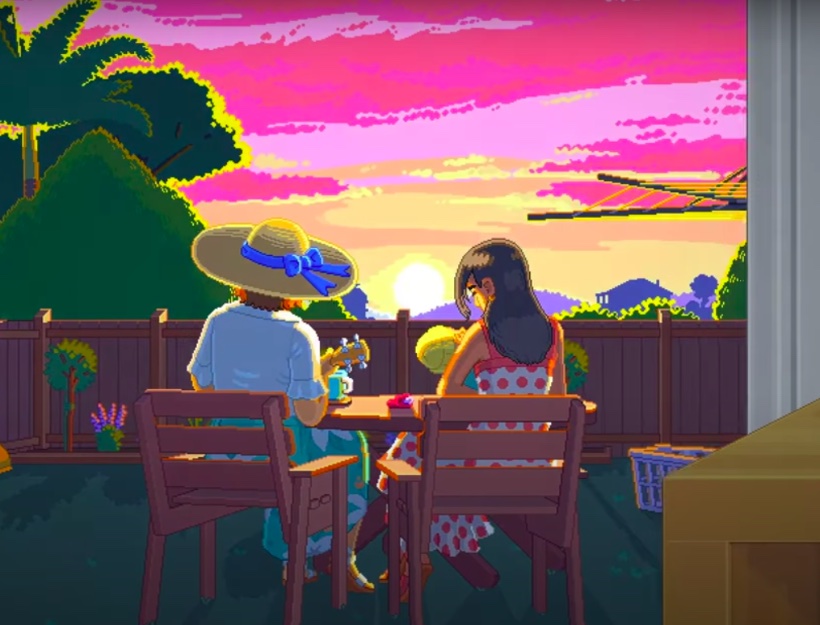 Unpacking is an incredibly wholesome game which lets you see into someone’s life and experience different stages of it all while performing a gameplay loop that feels relaxing and satisfying. So what’s holding you back from going on a journey with a beautiful pixel art style and good music? It’s available on PC, Nintendo switch, Xbox One, PS4 and PS5 and is only $20.

If you are looking for a feel-good emotional game that doesn’t take too many hours, why not try Unpacking? You may just discover it as a new favorite among the games you’ve played. I know I have and I can say I am grateful to have been able to play it.
*