I remember the first time I read this graphic novel. I had found the story to be engaging, the art gorgeous and the characters charismatic. However, I didn’t feel as though I fully connected with the story because, by my own estimates, I had never been trapped within a toxic relationship. Part of me felt a sort of moral superiority from that, as though I was wiser than most and thus did not need to hear the message of this tale myself. Some time later, after finally resolving to break free of a friendship that had been toxic for months, I revisited Laura Dean Keeps Breaking Up With Me. It hit different this time. And it helped me understand something I hadn’t before: it’s easy to fall into unhealthy relationships but can feel near impossible to find your way out of them. That’s why this book is so important.

Laura Dean Keeps Breaking Up With Me follows the story of Frederica (Freddy) Riley in her struggles to figure out what she exactly wants to do about her on-again off-again girlfriend Laura Dean. Freddy has been in love with Laura for a year now and over the course of that year Laura has broken up with her three times due to disinterest, infidelity or a combination of both. With her friends growing weary of listening to her woes when she keeps returning to same girl that’s broken her heart before, Freddy turns to an advice column for help instead. The story opens with her sending a letter to Anna Vice, a famous relationship columnist, asking what exactly she should do since she can’t stop loving a girl who clearly doesn’t love her back. 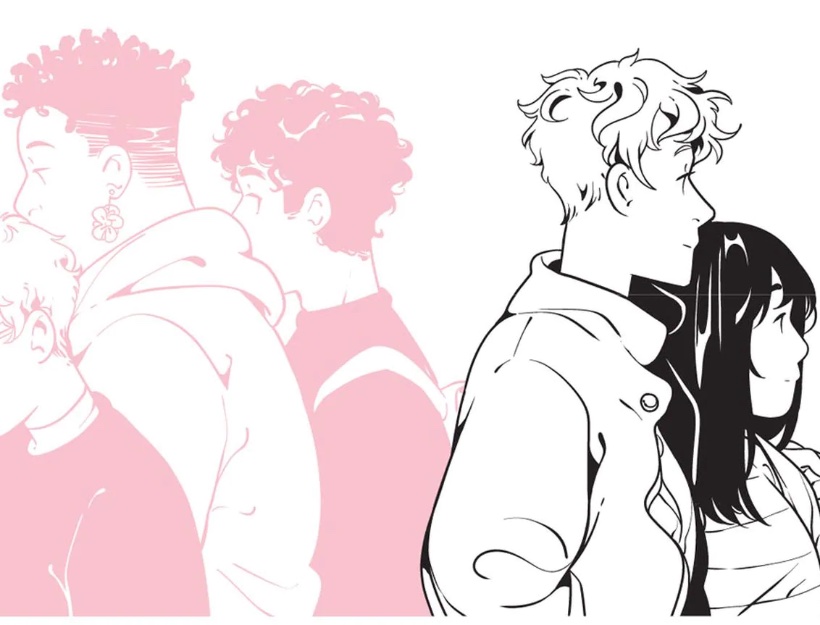 This story is simultaneously heart-warming and heartbreaking. Though we as an audience sympathize with Freddy as the protagonist, we also notice destructive behaviors from her that she is unwilling to see in herself. Freddy’s relationship with Laura Dean is not only toxic because Laura is, in Freddy’s words, “a shitty girlfriend”, but because when Freddy is with Laura she becomes a shitty friend. As the story progresses and we see issues escalating amongst Buddy, Eric and most of all Doodle, Freddy’s best friend, it is tempting to shake the book ourselves and scold Freddy for not listening and watching out for her friends, the ones who really care for her.

This isn’t the sort of tale where things go wrong despite our heroine making all the right decisions. Freddy makes many foolish decisions throughout the course of the book as do her friends. This is a story about humans, about teenagers who are so caught up in the drama of their own stories that they act impulsively and make choices they regret. Though Freddy has plenty of people in her life who tell her to step away from her toxic relationship with Laura Dean, it is only once Freddy understands herself and what she truly wants out of life that she can take steps toward living the life she truly wants. 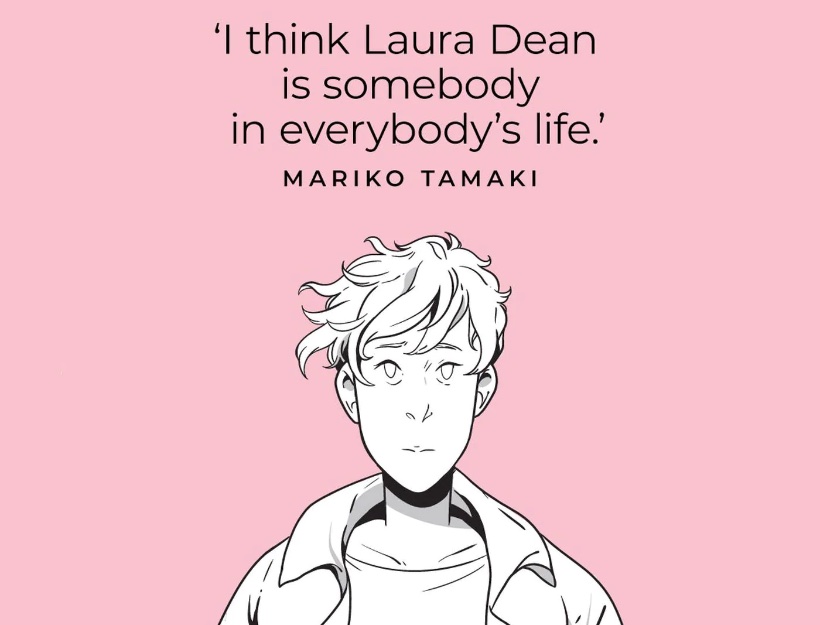 Laura Dean Keeps Breaking Up With Me is captivating in both its narrative and illustration. The breathtaking artwork by Rosemary Valero-O’Connell printed in stark black and white with splashes of pink captures the emotions of all the novel’s characters with honest, engaging beauty. The reader finds themselves torn between pausing on each and every panel to appreciate the artistry that went into it and continuing onward to see what events the next page will reveal. Once you are finished, you will likely find yourself flipping through the pages again to revisit the most poignant moments and take in the beauty of the illustrations once more.

Teenagers aren’t necessarily the only ones it toxic relationship

As I said at the start, when I first read this book I thought I was better than it, that what unfolded amongst its pages was the sort of drama that teenagers had and didn’t concern me. But teenagers aren’t the only ones that can find themselves caught up in destructive, draining and downright toxic relationships. Laura Dean Keeps Breaking Up With Me is a story that can touch countless hearts. If upon reading this story you find yourself re-examining a relationship of your own, I hope the truths you take from its pages help give you the strength needed to make a positive change in your life. As Anna Vice eventually tells Freddy, “It’s true that giving can be a part of love. But, contrary to popular belief, love should never take from you,”

This story spoke to me. I hope it can do the same for you.