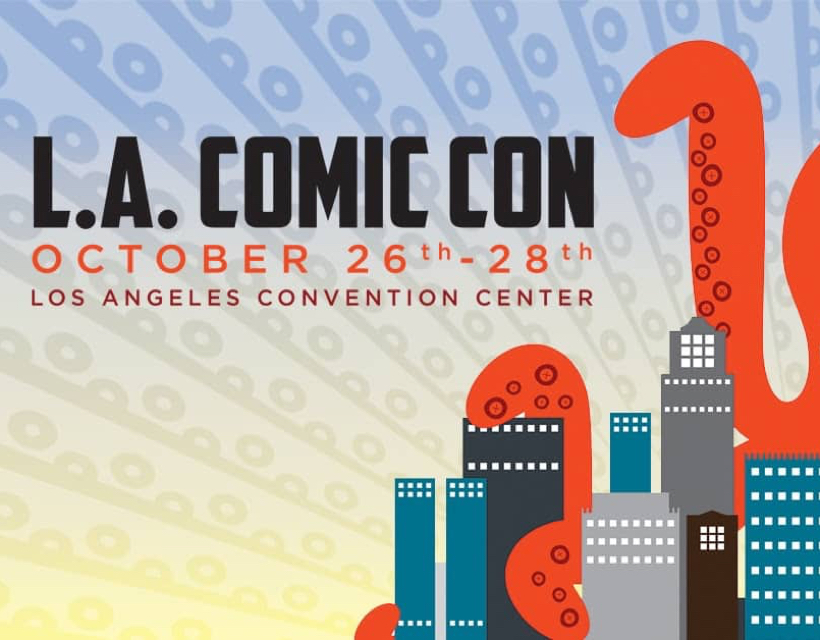 This year, L.A. Comic Con celebrated its eighth year from October 26 to 28 at the Los Angeles Convention Center. Athough a fairly young convention, the event has already gone through a plethora of names from Comikaze Expo to Stan Lee’s Comikaze Expo to Stan Lee’s Comic Con and has announced a new rebranding as Beyond Fest Expo LA next year (not to be confused with the existing Beyond Fest film festival). Despite its ever changing name, the convention has steadily grown in popularity, breaking the 100,000 attendance mark in 2017, making it one of the biggest pop culture convention is Los Angeles’ history.

All that being said, with conventions becoming more and more popular, is this one worth attending? I would say yes. After missing out on L.A. Comic Con for the past two years, I was determined to make my geeky pilgrimage this year. Although I bought tickets two weeks out from the convention date, tickets were still easily accessible and quite reasonably priced with 1 day tickets being $35 for Saturday and Sunday and only $25 for Friday. 3 day passes were also still available, and even days before the event when a last minute addition was made to our party, the purchasing process remained simple and was easily navigated. 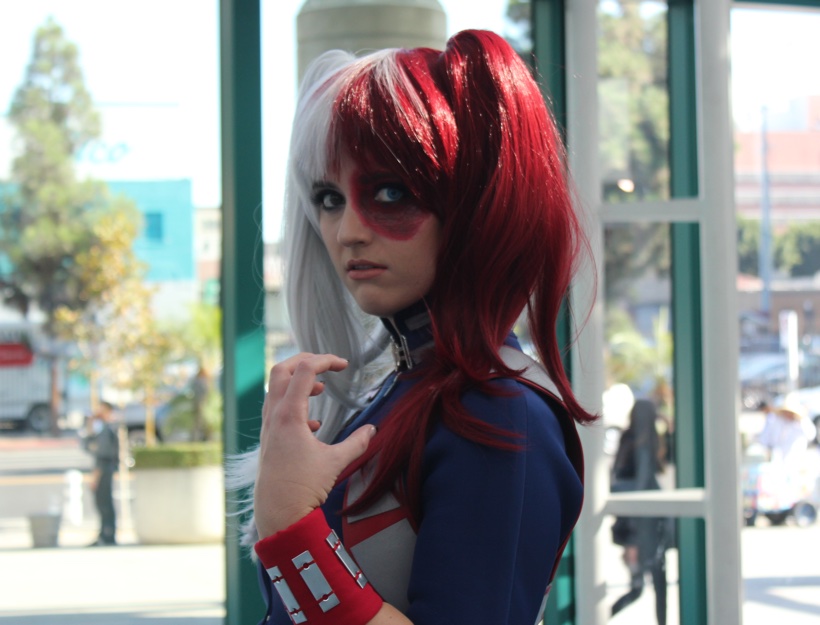 Reading reviews about the convention beforehand, I found that L.A. Comic Con had received glowing reviews overall (the clear exception being a fiasco regarding Stan Lee autographs the previous year), with panels, the merchandise hall and the general atmosphere of the convention highly lauded. It was advised that Lyft or Uber be used in lieu of parking due to the frenetic parking situation surrounding the L.A. Convention Center, a situation exacerbated by the Run Rock ‘n’ Roll Los Angeles Half Marathon and 5K happening on the same weekend for many years. Preparing for the worst with memories of the nightmare that was the 2017 Anime Expo admittance line still fresh in our minds, we headed out by 9:20 AM and made it into the line to enter L.A. Comic Con by 10:20.

To even call it a line seems silly given the speed we went through it! I kid you not, we were only in that line for a total of 3 minutes before we had entered the convention center, badges in hand. The bag check process and entry flowed as smoothly and uniformly as a lazy river and took place entirely within the shade, sparing the attendees from the wrath of the sun on a particularly warm autumn day. From other reviews of the previous year, it seems the line did grow longer later in the day, getting up to a 75 minute wait by noon according to some accounts. Show hours for the convention start at 9:30 AM (1:00 PM on Friday), so arrival within the first hour of the convention is definitely the best course of action. 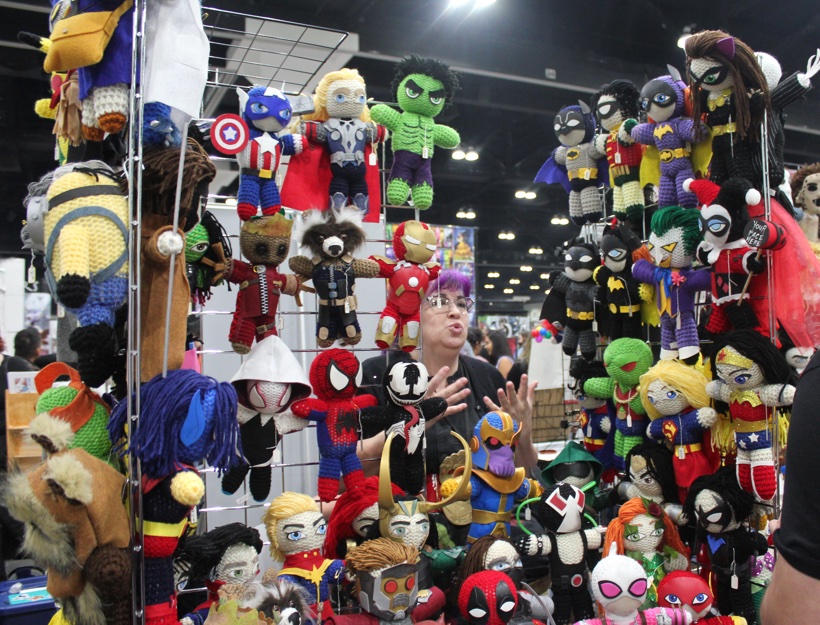 The merchandise hall at L.A. Comic Con gave off a similar vibe to WonderCon, but on a slightly more relaxed scale. Unlike larger events like Anime Expo, Artists Alley is incorporated into a certain portion of the hall rather than being in a separate location. The merchandise on sale from artists ranges from prints and keychains to crocheted animals and hand-painted figurines. It combines the wares of more fan-art focused conventions like WonderCon with the arts and crafts you may see at a smaller convention like WhedonCon. We recognized several of the artists from previous conventions we have attended in the area, and were even recognized in kind by the first artist whose table we approached. The atmosphere from the artists was welcoming and informative, leaving plenty of space for friendly conversations, especially in the first hours of the convention.

If your focus leans more toward collectables, fear not, L.A. Comic Con also has plenty to offer you! The Funko booth was especially popular, with several L.A. Comic Con exclusives being released in limited amounts each day. There were also plenty of pins, T-shirts, figurines and plushies being sold throughout the merchandise hall. The maps we acquired near the entrance to the convention proved quite helpful and easily decipherable even for someone with as terrible a sense of direction as myself. We were easily able to scan the exhibitor list and visit each of the booths we had mapped out for ourselves. 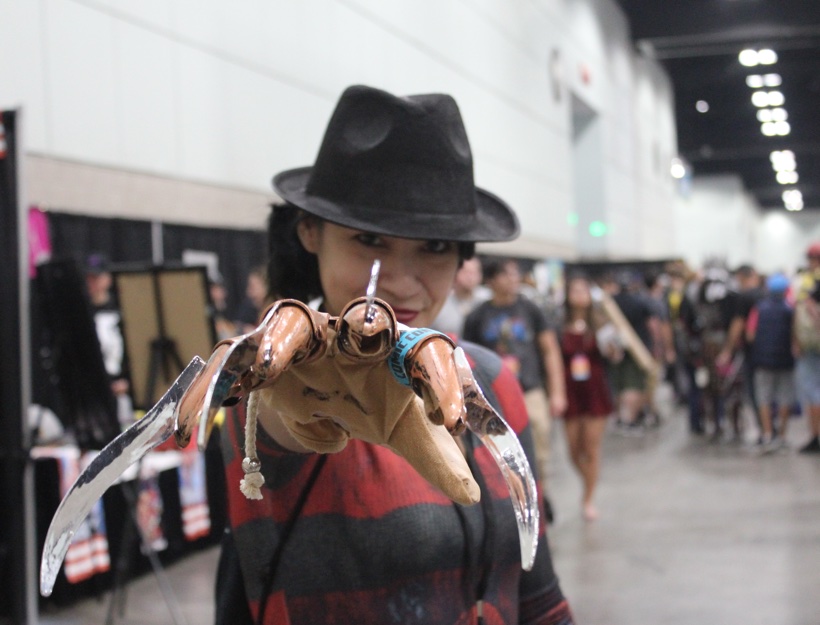 There were dozens of talented guests this year, including the likes of Danny Trejo, Rob Liefeld and Gigi Edgley to name a few. The main stage inside the merchandise hall always had some form of talent or entertainment performing, and the program included dozens of panels on topics ranging from cosplay to comic book writing to human rights and representation. Food trucks parked just outside one of the side exits offered deli sandwiches, pizza, ramen and plenty of other options. Again, it is advised that one has lunch early. We ate right around noon, and the line for pizza more than tripled soon after we entered it. 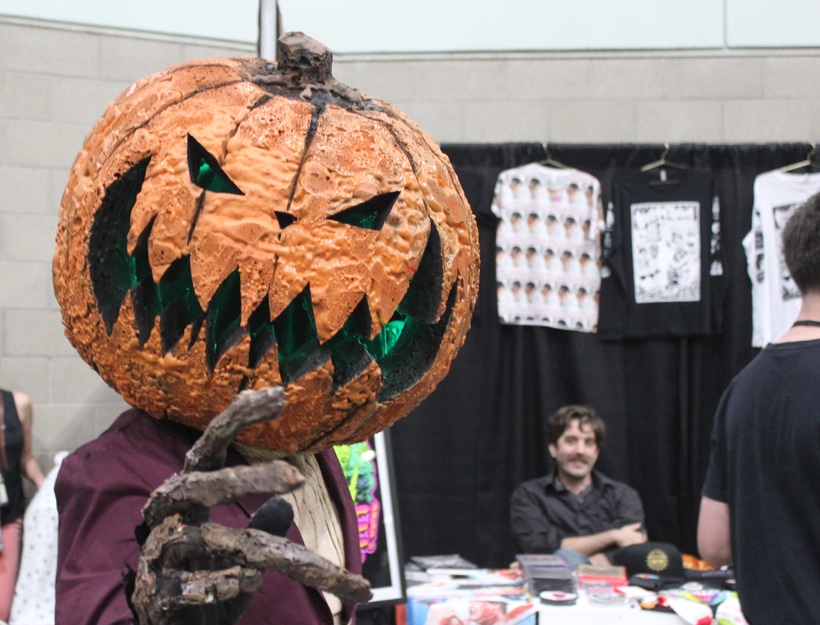 L.A. Comic Con is certainly worth the price of admission and is a pleasure to attend. While the L.A. Convention Center is not my favorite location, especially regarding traffic and parking, the convention is run so smoothly that  this is only a passing concern. With its separation from Stan Lee, L.A. Comic Con may have lost its primary distinguishing feature, but it is still the perfect location for anyone wanting a day of geeky fun. The future of this convention as it moves forward to achieve new things will certainly be something to behold.
*