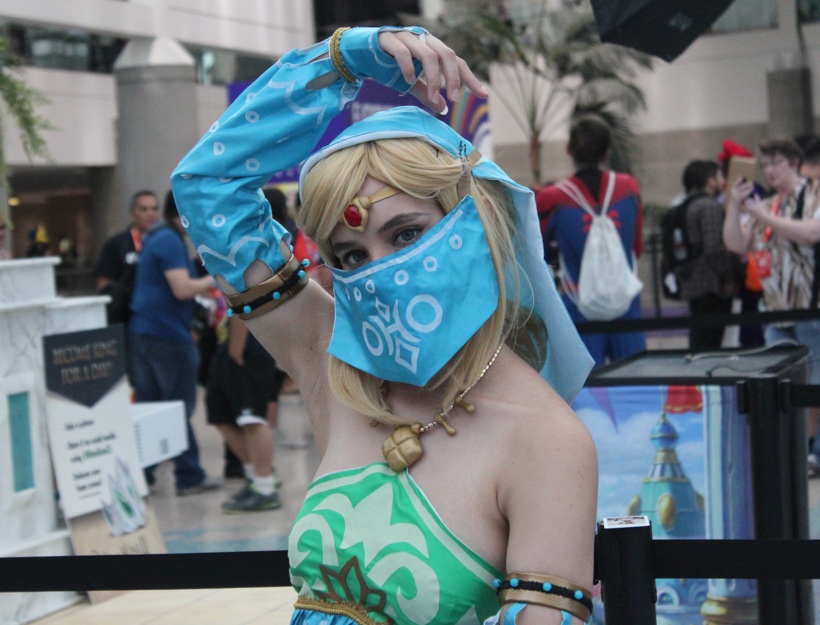 My sister and I absolutely loved Anime Expo last year. We went for the entire convention that year. Four days was definitely too much for us though, so this year we thought we’d take it easy and just go for one day. We planned to spend the day shopping with the cash we’d set aside throughout the year, take lots of pics of cosplayers and take our time. So Saturday we came down and were in line by 11:30. Last year it had taken about two hours to get our badges, so we were prepared with snacks, drinks and our 3Dses so we wouldn’t get bored. We thought we were prepared, but we were sorely mistaken.

5 AND A HALF HOURS later we finally made it into the convention. We were exhausted, thirsty, badly sunburnt and in desperate need of a bathroom break. We were on the verge of tears. Artists Alley and the exhibit hall closed in less than an hour. The main lobby closed shortly afterward and most of the professional cosplayers left. We had paid almost $60 dollars each to stand in line and miss almost the entire day. It was my worst convention experience yet by far.

I know that Anime Expo is an extremely popular convention. I know that convention lines tend to be long and that there were opportunities to pick up badges before AX officially began. However, there was such inefficiency and ineptitude shown on the part of AX and so many easy fixes that could have made the wait in line shorter and more comfortable, that I feel I am justified in saying AX failed the convention-goers this year.

There was early badge pickup. However, the only place to pick up the badges was at the LA Convention Center itself, which would have meant an hour of driving in LA traffic and paying $20 for parking only to avoid a line that last year had been a manageable wait (I can’t speak to everyone’s experiences in line from the previous year, but I do know that the two men behind us in line commented that it took 4 hours for us to get to the place the line had started last year, which was our experience as well).

Since AX would have had a good idea of attendance numbers from pre-convention sales and since the convention has experienced a significant jump in attendance from year to year in the past, they should have been prepared for a glut of convention goers on the first day and informed their customers that early badge pickup would save them HALF A DAY of waiting in line. They could at least warn those with 1 day badges to come early if they wanted to see any significant portion of the convention! By the end of Saturday, 70,000 people had checked in to attend AX. With that sort of number, you’d expect more thought to have been put into managing the badge pickup line! 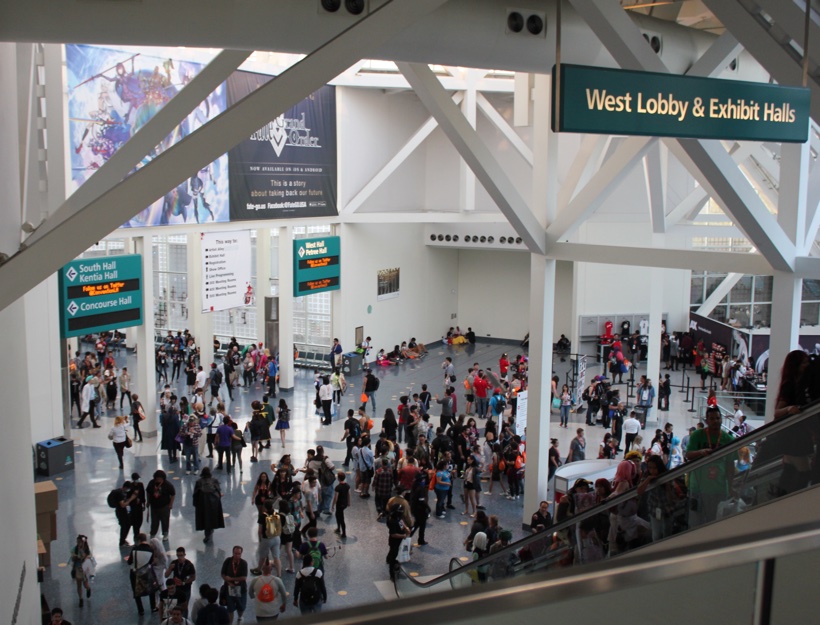 What Could Have Been Done Differently?

Here are just a few things that AX could easily have done to shorten lines/make lines more manageable. 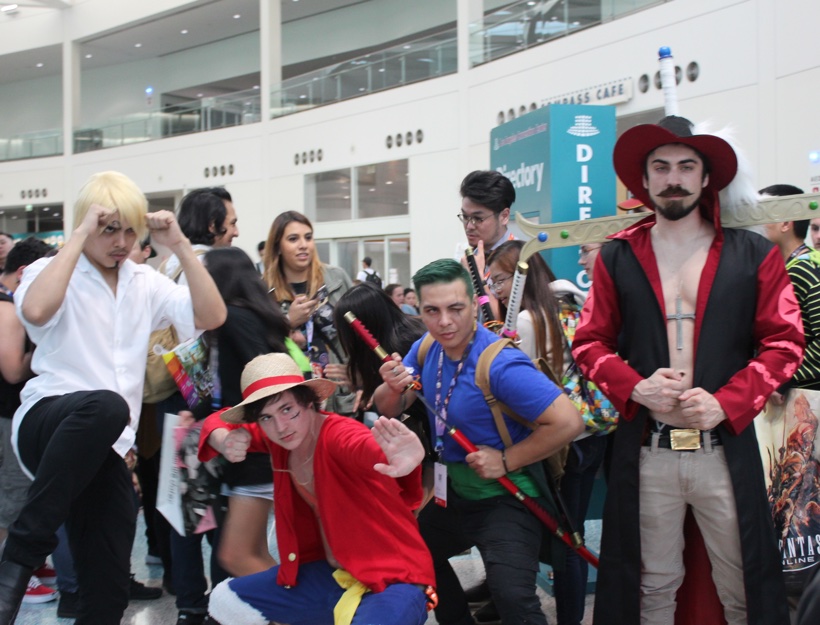 So How Was the Actual Convention?

The short time that my sister and I spent inside AX was wonderful, as always. The artists’ booths we were able to see in the half hour before Artist Alley closed all had excellent fanart, posters, keychains and other wares for sale. There was amazing cosplay to see everywhere you looked. The manga lounge was as peaceful and relaxing as ever. The time we had at AX was totally fun, but we couldn’t help but feel a lingering ache throughout, both because we were too tired to fully enjoy AX and we were painfully aware of all the time we had lost waiting to get in.

We do plan to go to AX next year, for four days this time. We will definitely be doing early badge pickup and will wear sunblock and hats and carry plenty of water. We learned these lessons the hard way. While we could have come earlier and been even better prepared, in the end I believe AX is to blame for managing badge pickup so badly. AX didn’t care enough to protect its customers and keep them informed, and that is unacceptable.

AX did release official statements regarding the matter. Hopefully this in an indication of better things to come next year.

For some more pics from AX 2017, check out the gallery below: