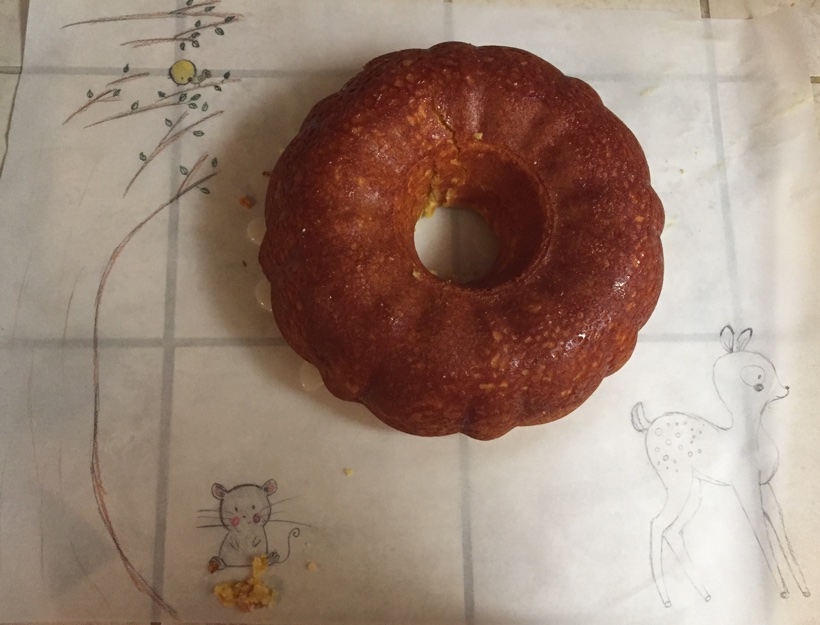 Thinking about Easter traditions, I thought about confetti eggs, the biggest tradition in my family. We look forward to smashing them over each other’s heads far into college. Unfortunately that isn’t something you can eat, so I had to keep thinking. Then it hit me: my grandma’s lemon rum cake. I remember as a small child eating my grandma’s rum cake and loving it. It is the only food I remember from past Easters. I am not a lover of alcohol – from boxed wine to a shot of tequila – I don’t like it. This lemon rum cake is hands down the only time I eat alcohol. Apparently anything tastes good if you put it into a cake. So I called up my grandma and asked for her recipe.

1 box of Duncan Hines lemon cake
1 cup of rum (I used dark, but light is fine as well)

1. Make the lemon cake as specified on the box. Pour into a bundt cake pan and bake. 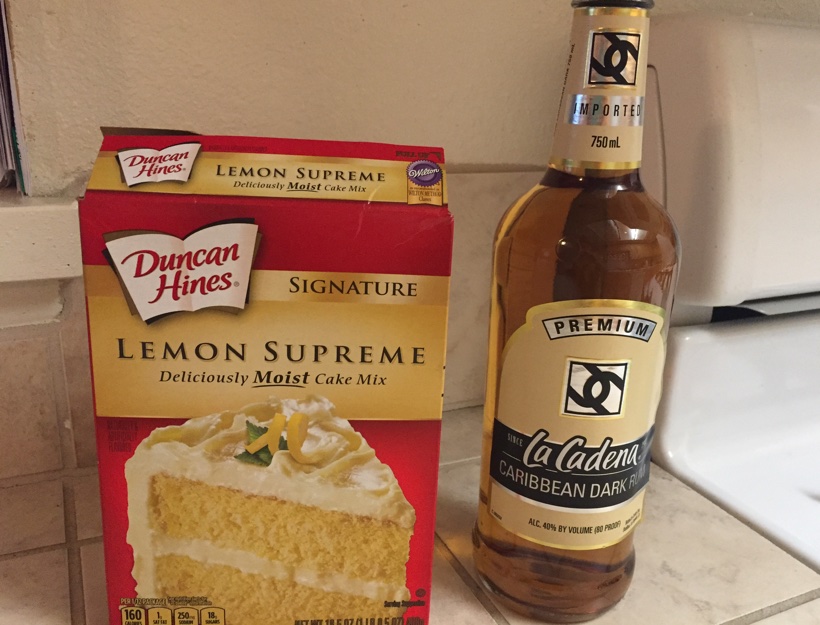 2. Once cooked, pull out and poke holes in it almost all the way through. I use a skewer. If you don’t have a metal one, you can use long tooth picks. 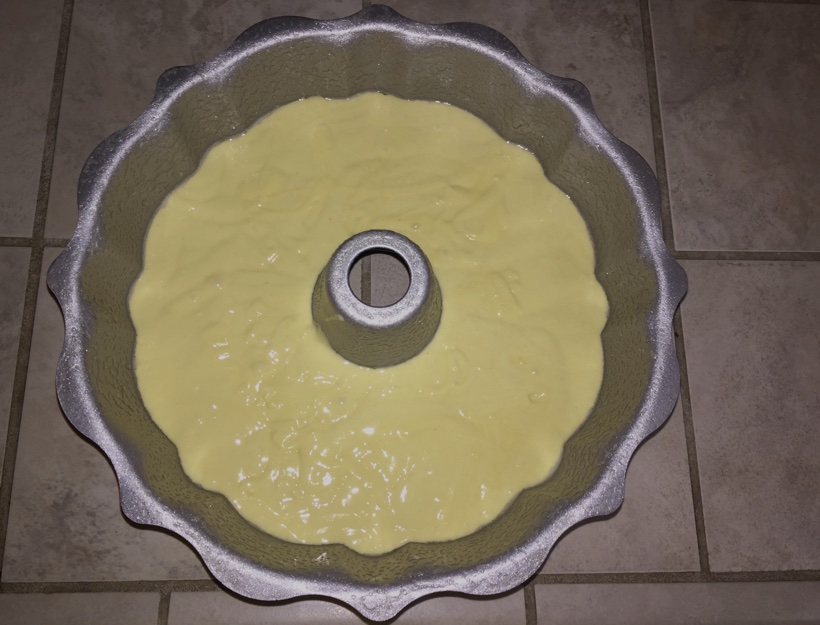 3. Then start adding the rum. I know most people add the rum before the cake is cooked so the alcohol cooks out. That is not Grandma’s way. She was very specific when she told me she adds the rum after so that the rum flavor doesn’t bake out. 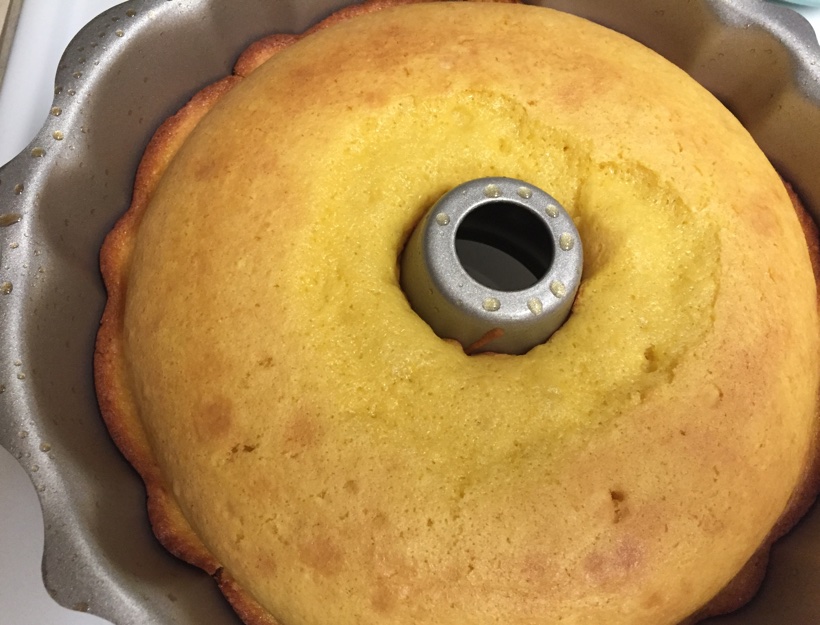 4. Once you add the rum, turn the cake out of the bundt pan and let cool. Once cooled, add the frosting. 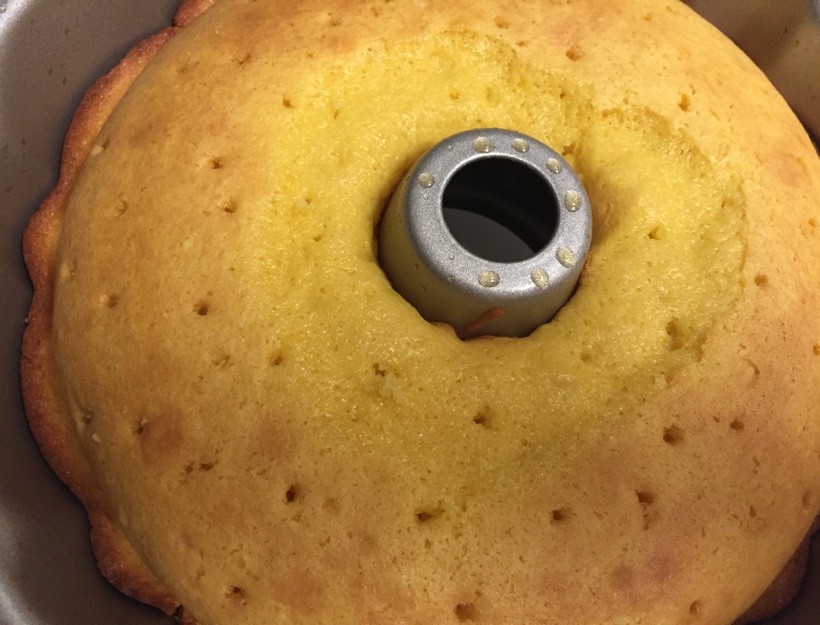 5. For the frosting, mix everything together until it is thin and smooth. You don’t want it too thick – just a nice glaze. 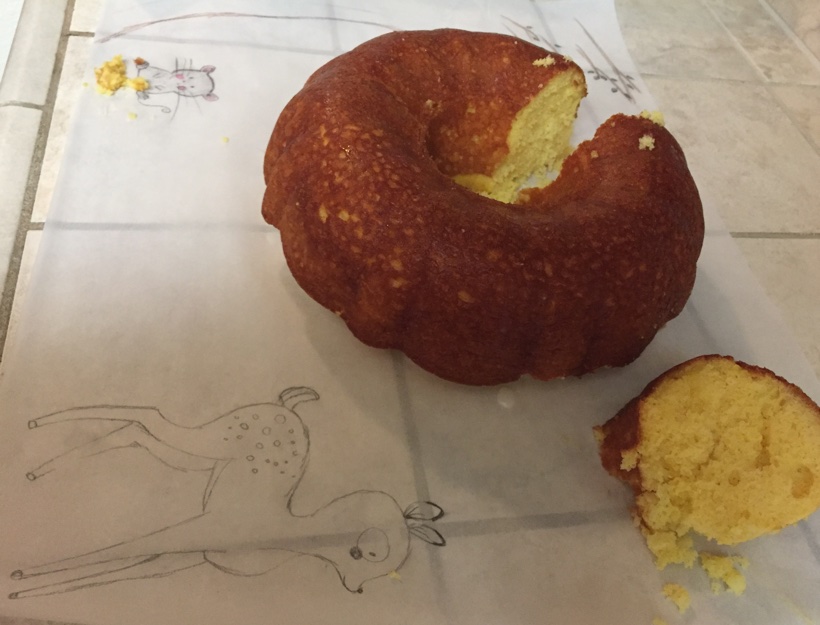 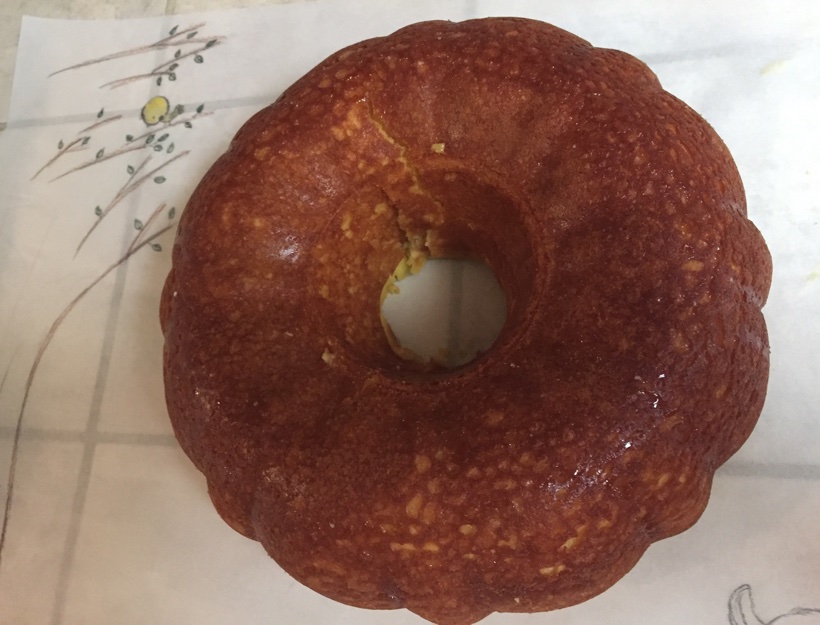 Though I usually advise making your own food from scratch, I say throw caution to the wind when you have a family tradition and do it just like your family does. This is not only a moist cake, it makes even rum taste good. I advise this is to be a cake for people 18 and older, though I did enjoy it as a child. If you eat this when it is still warm, you will taste the rum front and center. If you let it cool you will have a lingering of the rum at the end, but it won’t be the main taste. I hope you enjoy your family traditions during this holiday season.
*