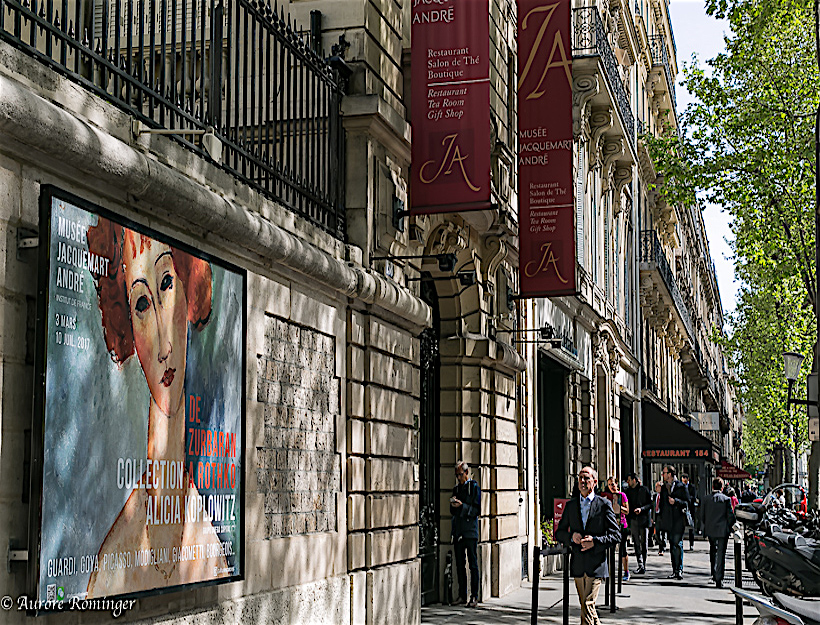 The Musée Jacquemart-André is a private museum located at 158 Boulevard Haussmann in the 8th arrondissement of Paris. 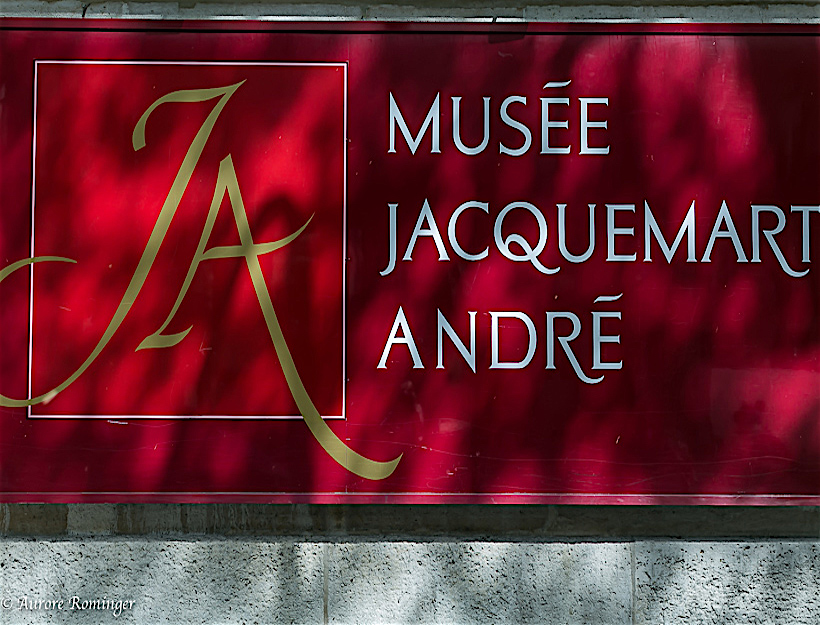 As reviewed by Fodors, the Musée Jacquemart-André is perhaps the city’s best small museum. The opulent space, both grounds and structure, is home to a huge collection of art and furnishings lovingly assembled in the late 19th century by banking heir Edouard André and his artist wife, Nélie Jacquemart. Their midlife marriage in 1881 raised eyebrows—he was a dashing bachelor and a Protestant, and she, of average beauty, hailed from a modest Catholic family. Still, theirs was a happy union fused by a common passion for art. For six months every year the couple traveled, most often to Italy, where they hunted down works from the Renaissance, their preferred period. 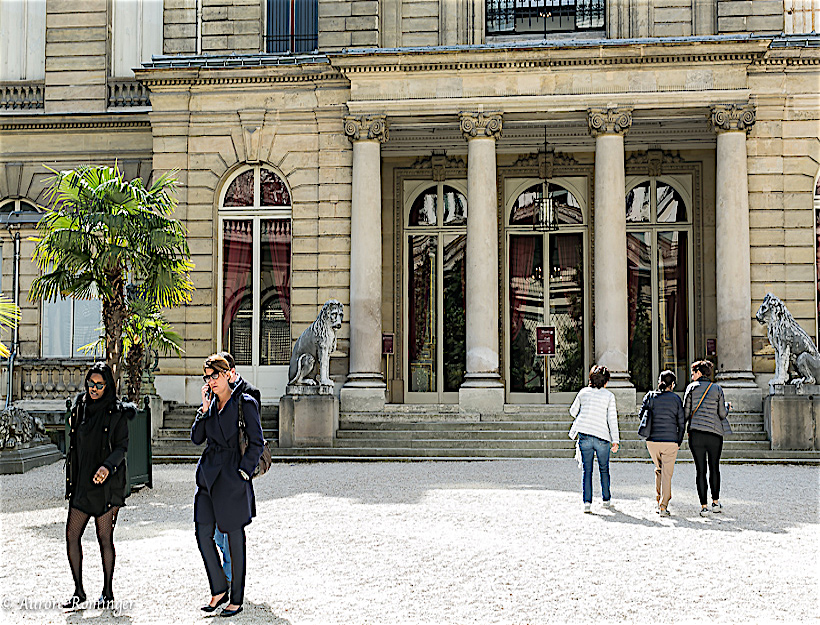 The Museum supports private events. Each option of impeccably organized service includes visiting part of the mansion’s ground floor: the Picture Gallery, the private apartments, the Study, the Boudoir, the Winter Garden, the Smoking Room… Three rooms, plus the interior courtyard, can be arranged specifically for a private cocktail party, dinner or breakfast. Guests enjoy a private tour of the museum’s current temporary exhibition and the first floor with its remarkable Italian Renaissance collections.

A breakfast option for up to 80 people situates  guests in the tea room, one of the loveliest dining rooms in Paris, while the champagne service entertains guests with a glass of champagne ‘aperitif’ in the serene ambiance of the music room.

Should you be interested in these services, you can contact the Museum Events Department to arrange your next Paris special opportunity! Below, the image of a Modigliani painting announces the exposition, also lovingly presented in the most appropriate surroundings. Alicia Koplowitz, supported by the Grupo Omega Capital, shares her own passion in presenting this stunning collection which brings together a significant number of masterpieces by the greatest artists. 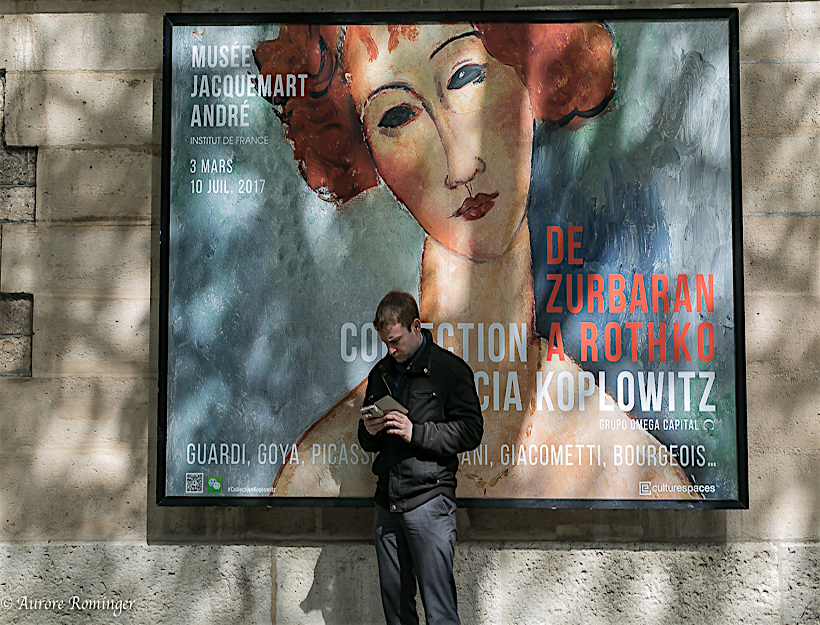 Below, the exposition is introduced in a brief video to present the collection. 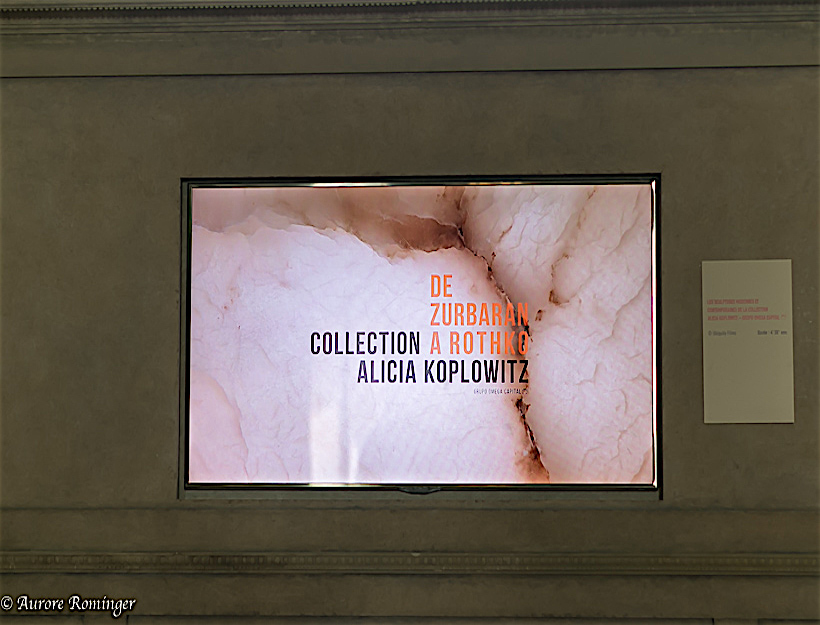 As it was prohibited to photograph the works presented, this photo series shows the museum while sharing highlights of the essence of the exposition.

The collection creates a story of artistic expression and offers a distinct perspective and feeling. Ancient and modern masters come together in an exciting dialogue throughout the centuries: the antique sculptures and paintings by Zurbarán, Tiepolo, Canaletto, Guardi and Goya resonate closely with the paintings and drawings of Toulouse-Lautrec, Gauguin, Van Gogh, Picasso, Van Dongen, Modigliani, Schiele, Staël, Freud, Rothko and Barceló, as well as the sculptures of Giacometti, Bourgeois and Richier…

The earliest work, dated mid 1600s, was Zurbaran’s poetic version of The Virgin, with the Infant and Saint Jean Baptiste. The notably visionary expression of this work marked an opening of perceptual change and creative translation. Later pieces, commencing with the artistic works of Goya, also were noted as works that advanced art somewhere further than it had previously been. Baudelaire commented,”Goya is always a great artist, often frightening. He unites the cheerfulness, joviality, and Spanish satire of Cervantes’ good times, a spirit much more modern, or at least much more sought after in modern times; it is the love of the elusive, the feeling. Previous artistic expression lies in the violent contrasts, the terrors of nature, and the human countenances strangely animated by circumstances.” This is to say that Goya’s artistic contributions united the cheerfulness and ridicule of Spanish satire, which notably are emulated in the good times of Cervantes, with the feelings of the modern times that people were reaching for, i.e. the desire for whimsy, joy – the elusive feeling of adventure and a spirit of appreciation. This was a forceful contrast with previous fidelity in artistic expression to a focus on fear of both God and Nature; including human nature governed by the cruelty of conditions of the times.

And now in our modern times we are here again: at least that which is much more sought after in modern times: joviality, the love of the elusive, the feelings…

This collection, even for an amateur art appreciator (me), was an intellectual and visceral journey and resulted in a meaningful connection to all that had gone before. Perception clearly explained, sentiment appreciated deeply and easily, naturally translated throughout the progression of this particular selection of individual contributing artists.

Where all time and space becomes present: thank you to the individual contributing artists for their creations, to Alicia Kolowitz for the wisdom and capacity to collect, and for the support of the Grupo Omega Capital. Appreciation to Edouard André and his artist wife Nélie Jacquemart for lovingly supporting and preserving beauty, and to the extraordinary city of Paris for its unparalleled support of history and humanity.
*