Since the decades since his creation in 1962, Spider-Man has become a household name. Everyone knows the webbed superhero swinging across the streets of new York and his story has been told to eager audiences. At the tail end of 2021, Marvel wrapped up the Spiderman trilogy, bringing Peter Parker’s story full circle with the continuation to Homecoming and Far From Home – No Way Home. While preceding Spider-Man iterations have wrapped up Peter Parker’s origin within the first film, No Way Home pulls a surprise twist by guiding its viewers to the beginning of Spider-Man’s story when it had seemed the MCU was going to avoid telling it entirely thanks to fan burnout at the familiar tale. But more on that later. For now let’s enter the…

For anyone invested in Spider-Man and the MCU, No Way Home is a must-watch. But that probably means you’ve seen it already. What about for those of you who are still on the fence? For those undecided few, I’ll say this: it’s still a must-watch. The action, humor and heart present on screen make No Way Home an engaging movie from start to finish. While the plot and characterization of Peter and his companions can from time to time feel uneven, No Way Home is still a memorable story that had me laughing, crying and holding my breath whenever the writers wanted me to. Plus, the amount of fun you and your friends will have discussing all the crazy shenanigans that took place on screen is immeasurable. Also, with the rights to Spider-Man still firmly clenched in Sony’s hands, No Way Home isn’t expected be streaming on Disney+ till the SUMMER OF 2023 at the EARLIEST, so don’t get your hopes up to watch it for cheap once it’s out of theaters anytime soon.

Alright, with my recommendation given in as spoiler-free a format as possible, let’s move onto the… 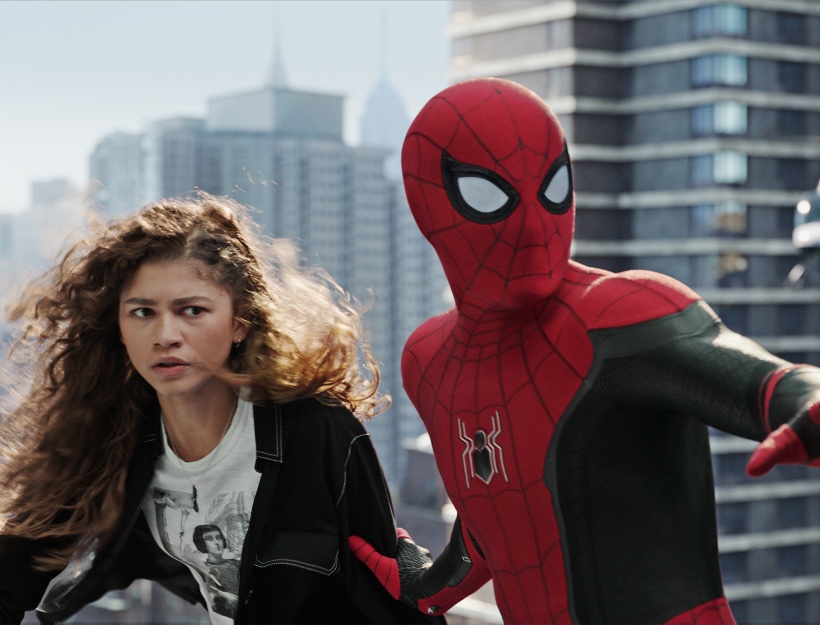 GUYS. That twist they pulled with Aunt May… I was not expecting that. Maybe that’s me being too short-sighted to notice what was right in front of my face but I truly didn’t expect Peter to be put through another heart-wrenching loss so soon after adjusting to the absence of Tony Stark in his life. I thought Tony was this Peter’s Uncle Ben. I bet a lot of us did. But alas, the MCU puts Peter Parker through the wringer in No Way Home on a level that none of the other entries in the trilogy have before. By the end the film Peter is on his own, broke and swinging around the streets of New York in a homemade costume… the closest we’ve ever seen this iteration of Peter Parker to matching up with the comics.

That’s probably the most brilliant thing about No Way Home in my opinion: the way it cements the MCU’s Spiderman trilogy as an extended origin story. This Peter Parker started out in a far better position than most iterations of Spider-Man, gifted a suit made especially for him by Tony Stark himself and joining the Avengers in universe-saving adventures from early on in his superhero career. Now he’s alone, unknown, fallen on hard times, yet still full of hope. That for me is the quintessential Spider-Man and I’m excited to see where future movies take him.

Also, now that we’re in Spoilerville we can get down to the nitty-gritty details of what makes this movie such a delicious watch – the CROSSOVER. I can attest to majorly geeking out each and every time a character from the earlier Spider-Man films showed up and throughly enjoying each and every joke made about the alternate realities and timelines in which each Peter Parker lives. Getting to see Toby Maguire and Andrew Garfield reprise their roles was more than I ever expected and the pure nostalgic ecstasy of seeing these versions of Spider-Man from my childhood up on the big screen with Tom Holland’s Spider-Man was an adrenaline boost like no other. I would watch this movie again and again simply for the joy of seeing the trio’s camaraderie through thick and thin. 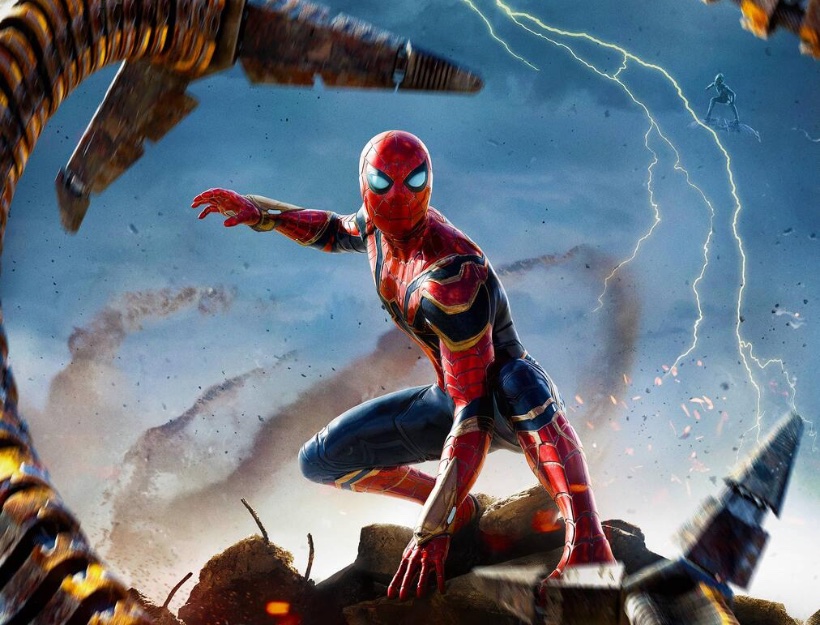 That being said, No Way Home is by no means a perfect movie. The decisions that Peter Parker makes throughout the film, while fitting the impetuous nature of a teen, can often feel a tad too foolish and naive to be believable, appearing less as realistic actions Spider-Man would take and more as decisions made in the writing room to move the plot forward. The movie’s desire to redeem each and every one of Spider-Man’s villains from alternate realities is laudable and I do believe it’s a positive thing for superheroes to try to work things out with words first rather than going straight into smashing to solve their problems. However, in order to achieve these redemptive ends, No Way Home had to gloss over FIVE different redemption arcs while still giving time to THREE separate Spider-men and moving forward the MCU Peter Parker’s relationships with Ned, MJ and Aunt May. That’s a whole lot of story to pack into a single movie. And given the way in which many of these villains are coded as being mentally ill, forcing a shot onto them that magically cures all their problems left me feeling uneasy. Redemption and healing take time and No Way Home has little of that to spare for well-paced storytelling.

Overall, No Way Home gives the impression of being the most expensive fanfic put to screen yet and I’m by no means saying that as an insult. Fanfiction is amazing. Through stories written by and for fans, crossovers and storylines that will never reach the golden screen can be enjoyed by millions and breathe new life into characters whose canon storylines may have already ended. No Way Home is a celebration of fandom and the geeky joy that comes from participating in it. Fans worldwide got to see their favorite Spider-Man again and how each iteration of Spider-Man has had a part to play within the greater Spider-Man mythos. Heck, we even got a reference to Miles Morales in the movie and the end credits were definitely inspired by Into the Spiderverse. Here’s hoping Miles is the next spider-person to swing into the MCU!

If you haven’t given No Way Home a watch yet, I highly recommend it. And if you have, go ahead and watch it again. You deserve nice things. Here’s hoping y’all are staying safe and having a happy New Year. Till next time!
*