Once upon a time, not long ago, if you wanted the new pair of Nike SB “N.E.R.D”’ dunks or the NIKE SB “Milkcrate” Blazers, you had to get up early and camp out for a few days to possibly obtain the rare limited edition sneakers. Waiting in line camped out for a few days or even a couple of weeks no matter the weather conditions was a part of the culture. 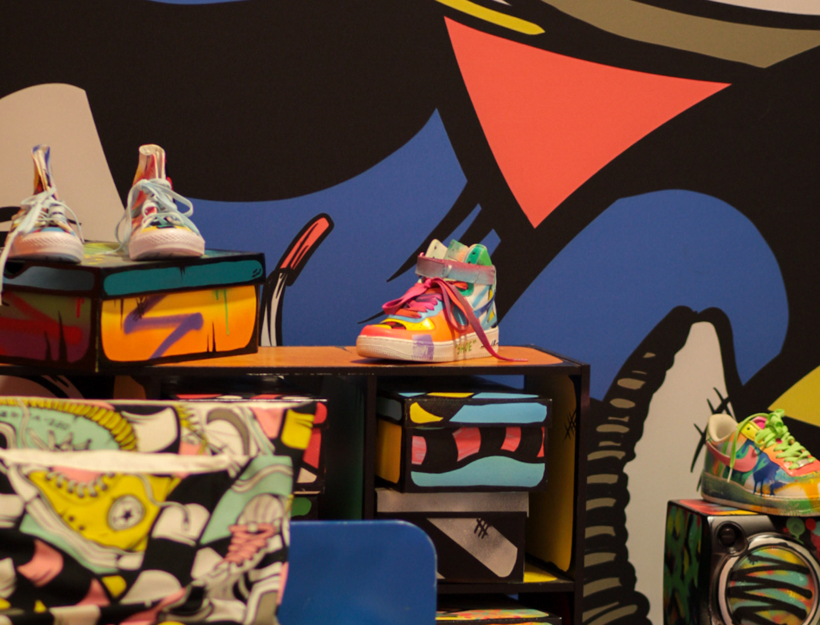 Lifelong friendships and networking would take place in those sneaker lines but one thing everyone had in common was we all loved sneakers. 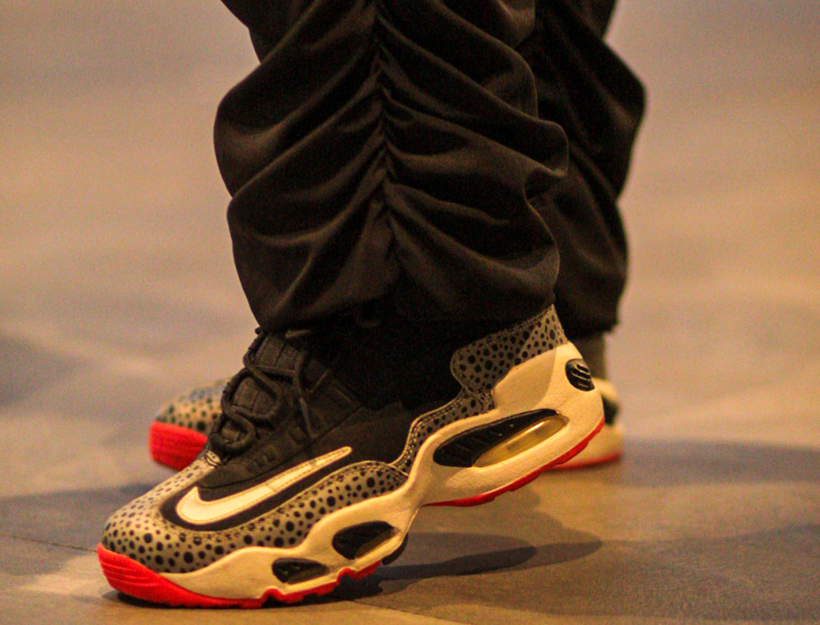 Sneakers have brought many different people from all walks of life together because we all enjoyed the satisfaction of having sneakers that not only were rare but gave a small confidence boost because we were different and had something that not a lot of other people could get their hands on. 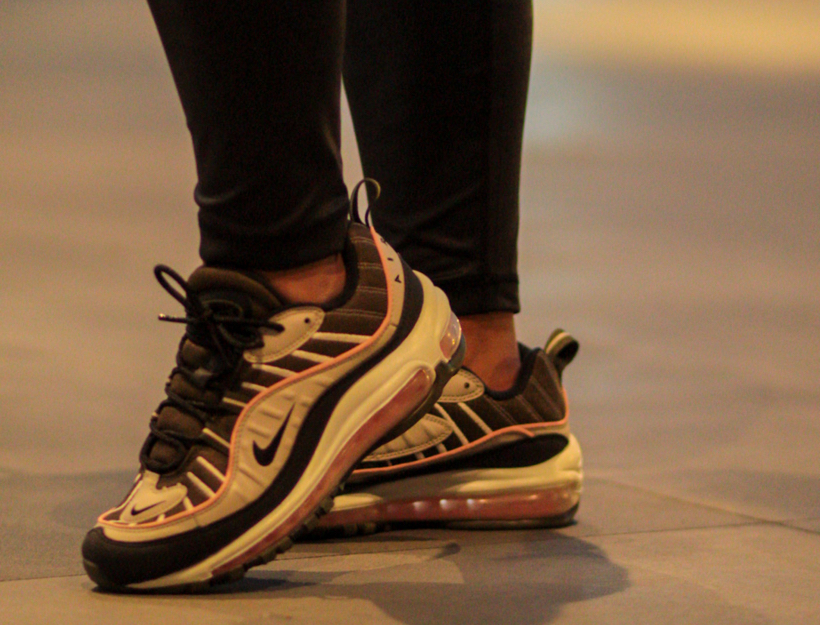 Fast forward to 2022 and if you’re lucky enough to “hit” on the SNKRS app you might be able to get your hands on a pair of Union Jordan 4s or some Travis Scott 1’s, but the chances of even that happening are very, very slim considering NIKE only puts out a limited numbers of sneakers for each drop. The other major factor now is sneaker resellers who have bots that are programmed to bypass the security measures for these sneaker companies and buy as many pairs as they can get only to resell them at 3x the retail price if not more. 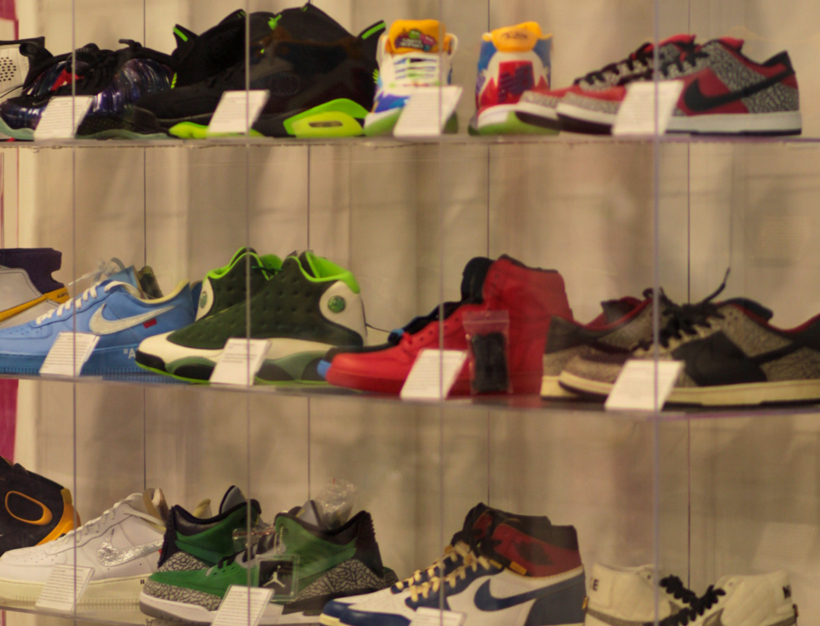 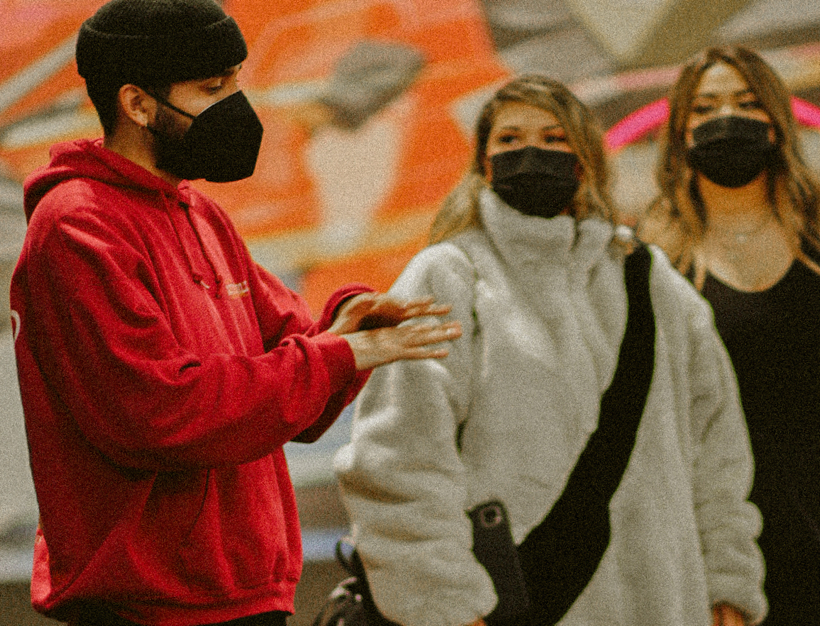 SNEAKERTOPIA Sneaker Specialist Erick with Gabby and Jenna Los Angeles | For the Love of Kicks!

Before I even stepped foot inside of the SNEAKERTOPIA exhibit, I was hesitant to even attend because so many exhibits in Los Angeles have become cesspools for out-of-town social media influencers to “flick up for the gram” and I want no part of the culture vultures. Instead when I arrived to SNEAKERTOPIA I was welcomed by the very friendly and knowledgeable SNEAKERTOPIA staff. Entering SNEAKERTOPIA we were offered a tour of the space or you can walk through it on your own and experience the exhibit through Augmented Reality (AR) technology.

The viewing experience becomes much better with their state of the art AR technology that allows visitors to download an app and when the camera is pointed at an image painted on the walls a video plays that gives history about the picture or the quadrant the individual is viewing. 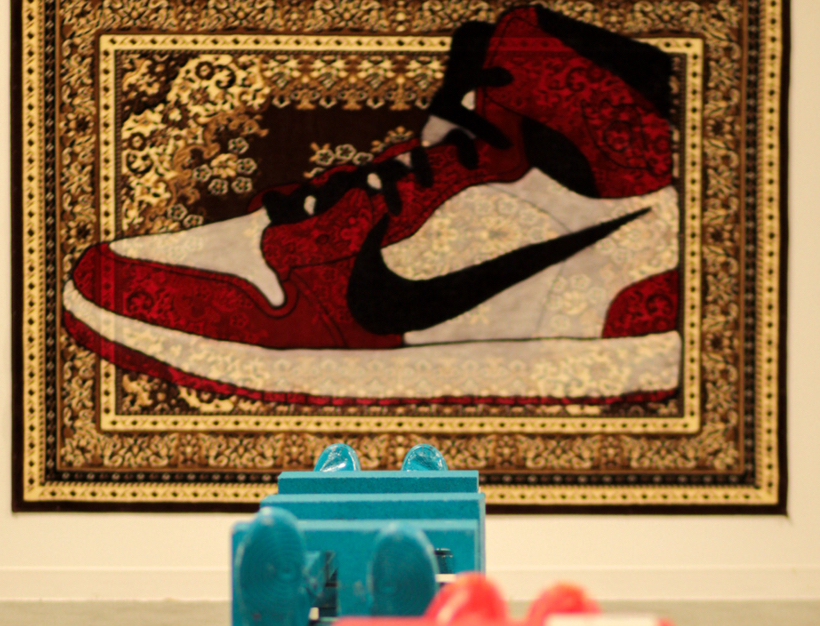 SNEAKERTOPIA is broken down into a few quadrants that tell different stories and give information on history in each section. The first section is the Playground which pays tribute to athletes who have helped pioneer and shape sneaker culture through their respective talents. 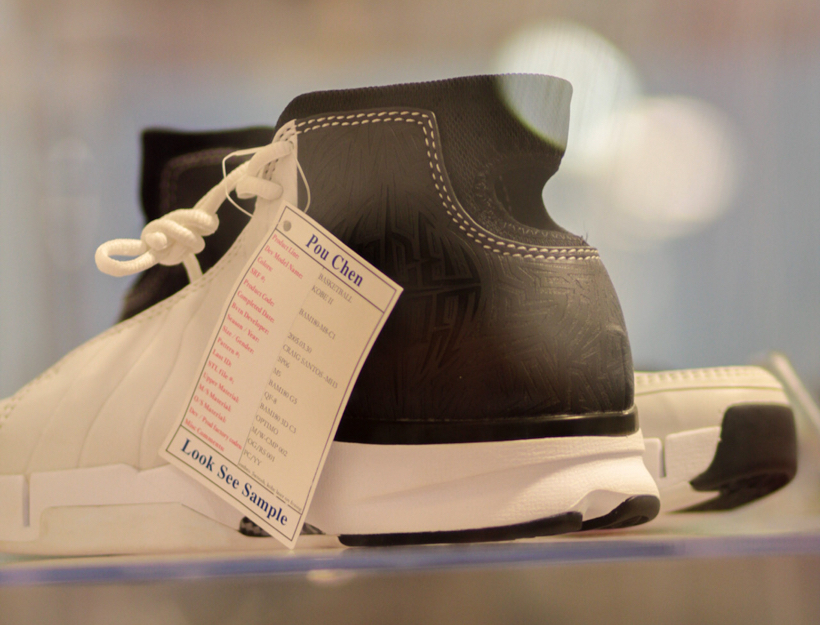 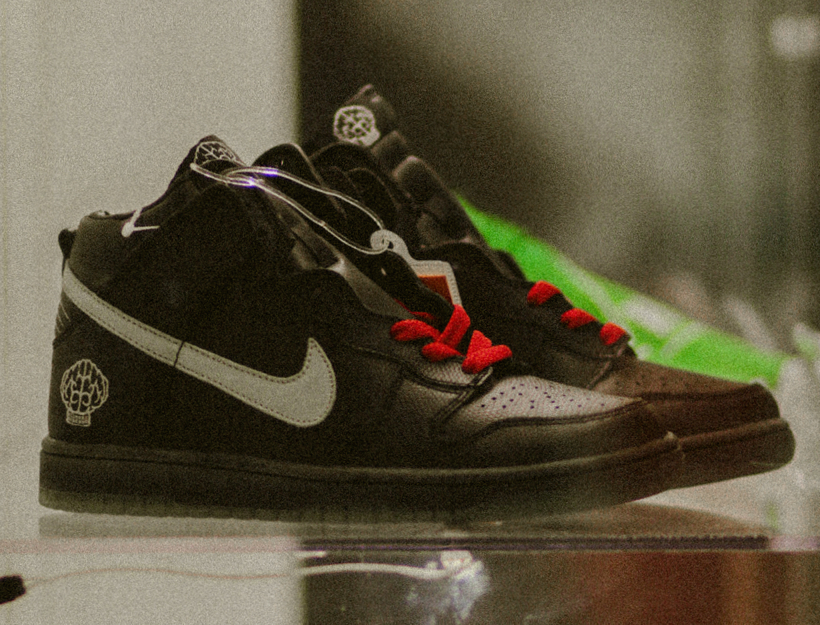 In this section you will find sneakers like the Nike SB Dunk High “N.E.R.D.” and a very special edition PUMA RS-X sneaker that came with a note handwritten by the Los Angeles legend Nipsey Hussle. 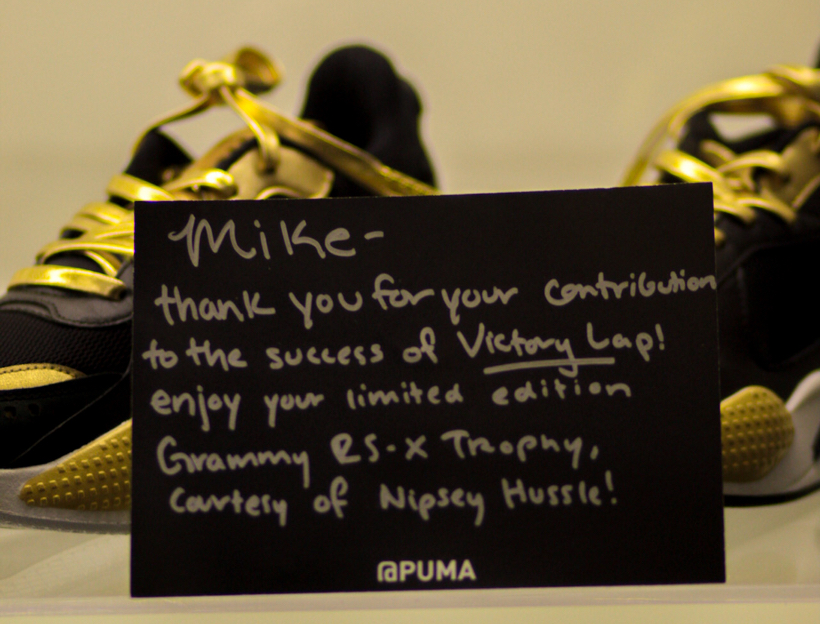 The sneaker was a limited edition to friends and family after Nipsey was nominated for a Grammy. 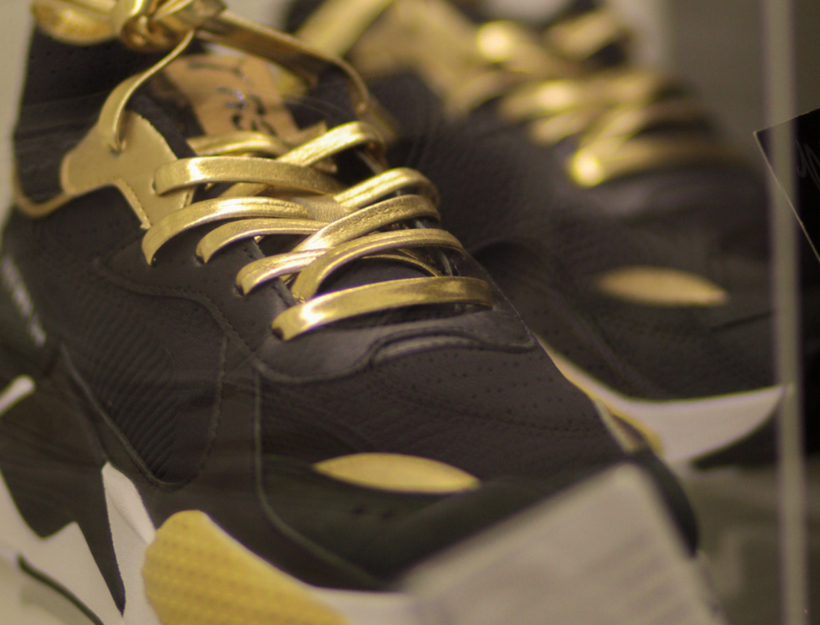 It’s black and gold with gold laces and a small Grammy emblem on the lower sole of the sneaker. 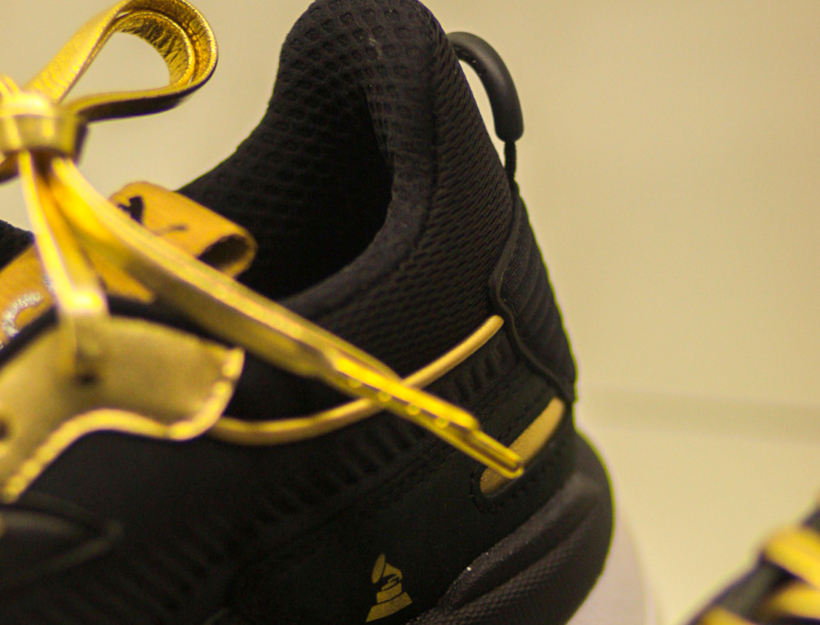 Nipsey’s shoe was donated to the exhibit by Mike of the super producer duo Mike & Keys who were his go-to producers before his passing. 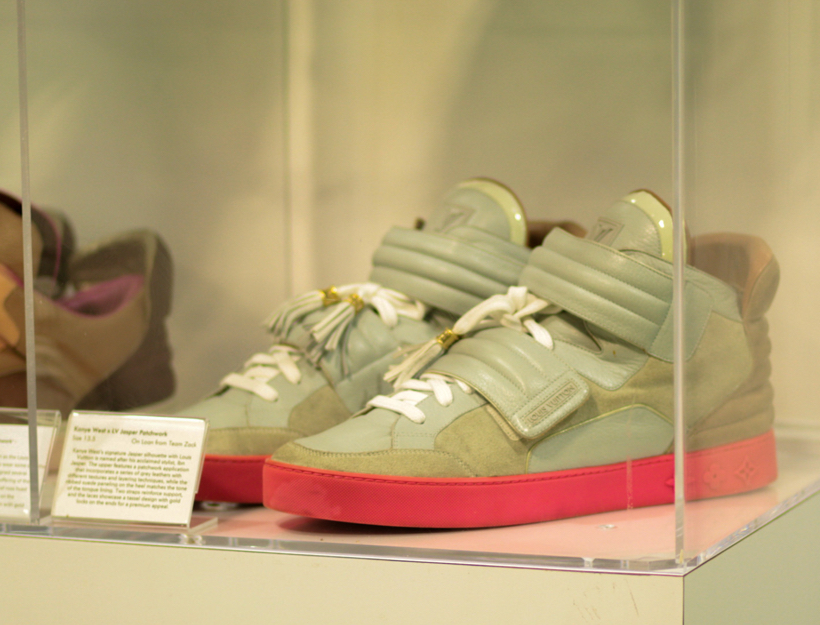 After the Festival section the next section would be the Backlot which honors sneakers in film, highlighting the pivotal moments in entertainment when sneakers impacted the culture. 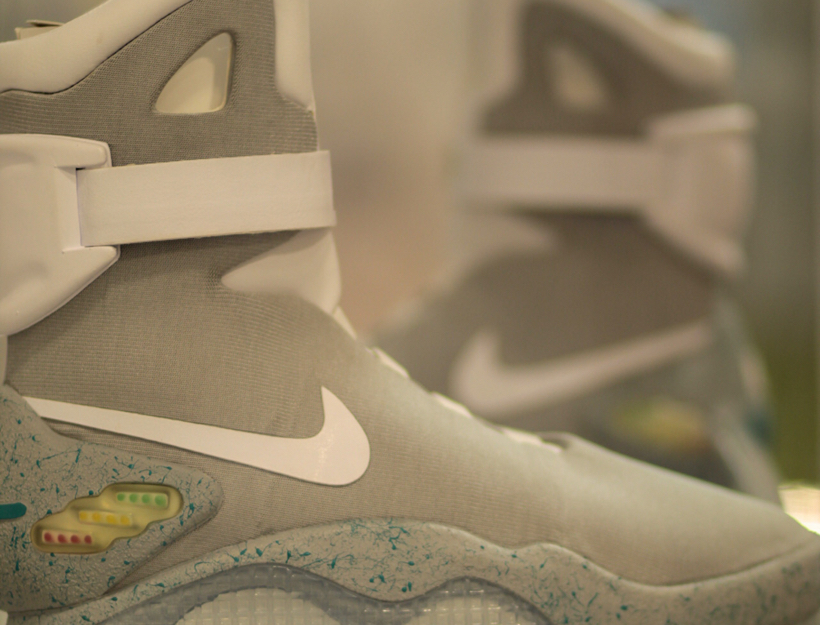 Nike Air Mags, Back to the Future

For example the Nike Air Mags in back to the future, such an iconic sneaker as it utilized the auto-lace and lighting technology. The Nike Air Mags are a very high-priced rare shoe (the highest sold for $200k at an NYC auction back in 2016 at the Michael J. Fox gala which benefited his charity) and a pair is on display at SNEAKERTOPIA. Not only were they on display, our tour guide Erick explained to us Offet, ⅓ of the hip hop supergroup the MIGOS, had a pair on at his party which was also held at SNEAKERTOPIA. He was charging his pair of NIKE Air Mags and his were worth around $80k. It just shows these shoes are now walking art pieces. Because of the design and stories behind them they are now being viewed as collectible art. 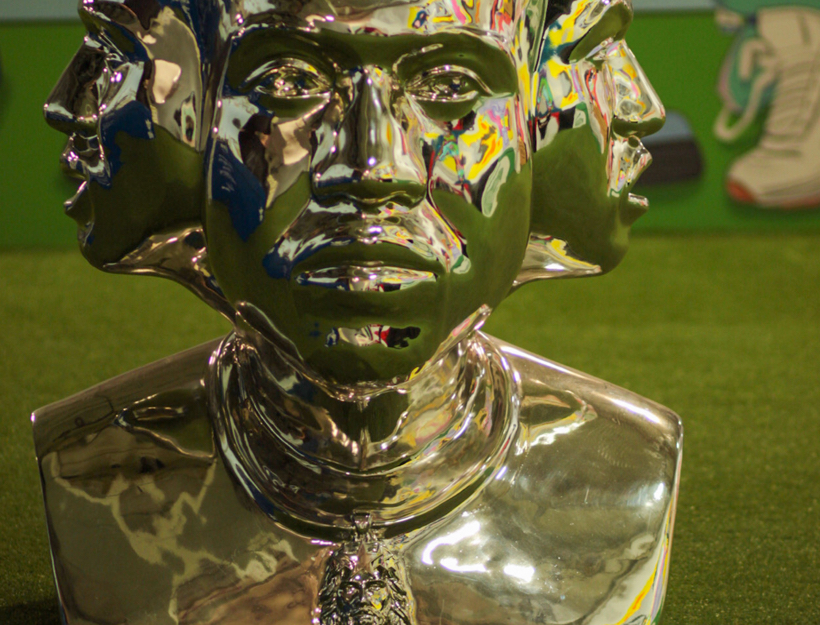 Once we completed going through the BACKLOT section we then were guided to the Art & Sole Gallery section which displayed custom shoes and sneaker sculptures. In this area the goal was to show sneakers more so as canvases and how artists have repurposed them into something new but still being a sneaker at the core of the design. After we completed the Art & Sole gallery.
We then headed toward the Frugal Pop-Up shop which was also the creators area. In this section influencers and content creators could get their IG photo opps with the different scenario dressing rooms designed by David Kaul. 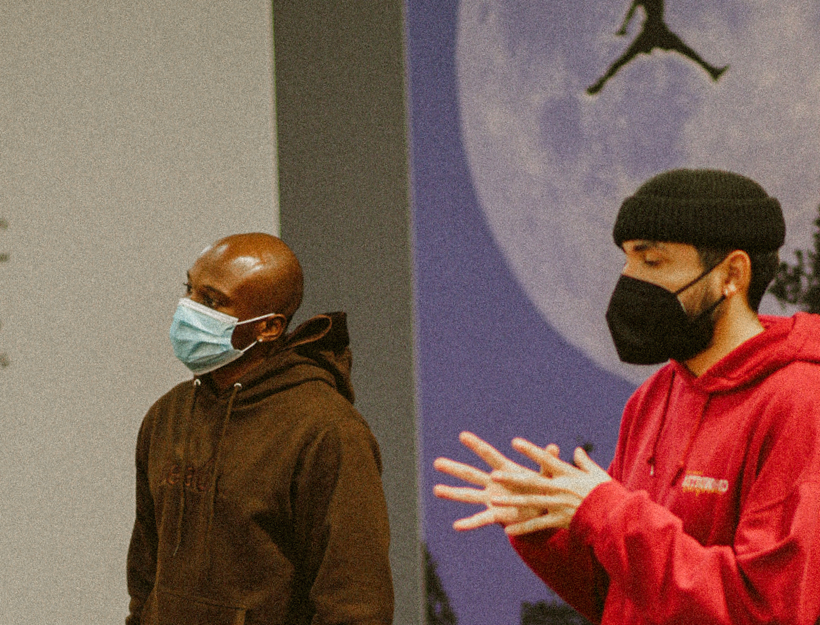 Leaving the Frugal Pop-Up shop, we entered the “Dream Room” which hosted a suspended sculpture installation titled “AIR” by artist Michael Murphy in which the 3D image changes from a Jordan Bred 1 into a jumpman as you walk around the installation. Right next to the “Air” installation is the Dream Sneaker Closet installation which is like the sneakerhead version of the Yayoi Kasuma infinity room piece. It is a mirror that shows some of the most rare sneakers in the history of sneaker culture in the mirror with duplicates that go to infinity and beyond. Finally, making our way out we walked through the Limited Edition store where the guests had a chance to buy some of the rare shoes and other clothing brand merchandise from smaller brands in one area. If for any reason you feel the urge to buy shoes during the museum walkthrough, you can purchase most of the kicks on display because they all have prices on the shoe, and if they don’t that means they are not for sale unless you ask to give an offer they can’t refuse. 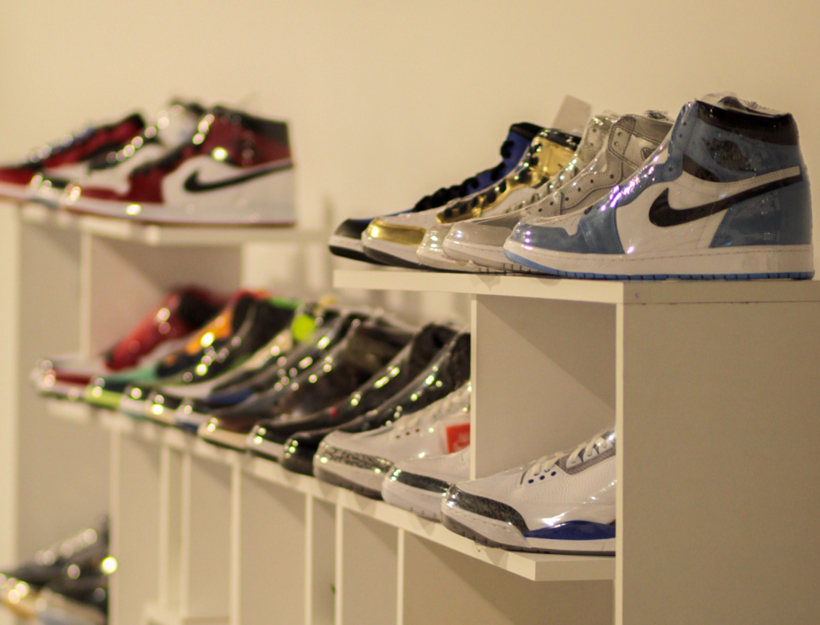 SNEAKERTOPIA definitely exceeded my expectations and I was glad I attended the exhibit. Our tour guide and the staff were extremely friendly and had so much knowledge, I felt like I learned even more than what I already knew prior to attending the exhibit. Before we made our final exit we ended up unexpectedly crossing paths with owner Steve Harris. Harris was engaging with guests, and walking around the space making sure everything was operating smoothly. I asked for a quick photo and after speaking briefly with Mr. Harris, he ended up letting me know he was the owner and founder of  SNEAKERTOPIA. I would suggest everyone attend SNEAKERTOPIA. If you are a sneaker enthusiast or an art viewer, it’s definitely worth the time. 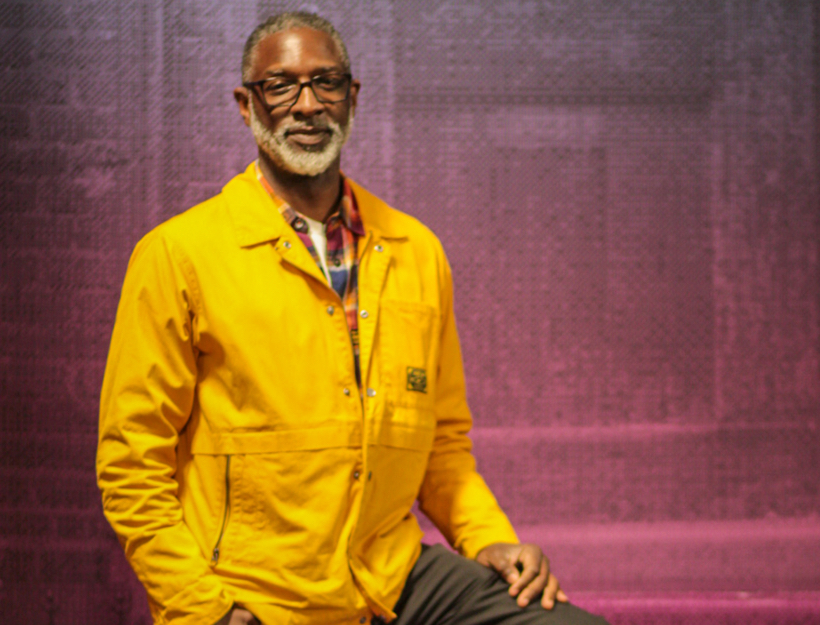