What does it mean to be a hero? 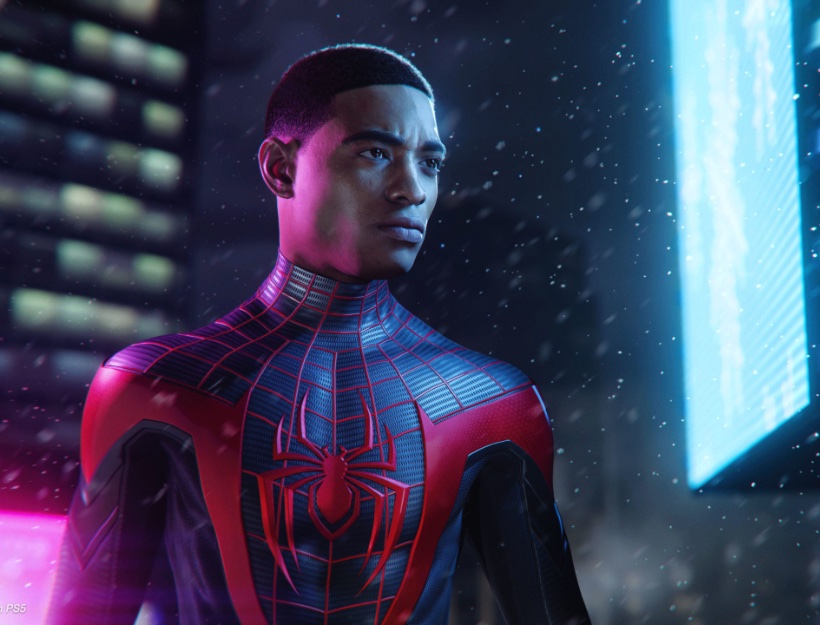 One of the first things you will notice as you start up the story is how simply gorgeous this game looks. The city of New York has never looked more stunning in the wintertime than it does in this game as you swing from mission to mission. Each building looks amazing as you swing by it, jumping off of different objects and propelling yourself through the air and absorbing yourself in this world. Insomniac Games originally nailed the feeling of zipping through crowded streets in Marvel’s Spider-Man and many reviewers stated that you ‘feel like Spider Man’ when playing it. After playing through Miles Morales’ game twice I can safely say that Insomniac Games has done it again. Traversing a world has never felt so effortless and fun as it does in Insomniac’s Spider-Man games. Through great physics-based web mechanics along with momentum that changes based on where you shot your web the game further immerses the play in this version of New York. The developers of this game made sure to make the most out of the tools given to them. Through great mechanics, beautiful graphics and NPCs that you can interact with you feel like you’re experiencing the same things Miles is.

Not only do the game’s creators use all of these tools, they also use the soundtrack to bring the city of New York and the emotional story beats to greater heights. They bring back John Paesano, the composer who did the original soundtrack for Marvel’s Spider-Man. Just like in the first game Paesano does an excellent job making a thrilling, heart-pounding soundtrack that also holds such a depth of emotion to it.  The tracks such as Rhino Rampage and Trying to Protect You hit the highs of fast-paced action while tracks like Won’t Give Up and Don’t Give Up  invoke emotions within, helping make the scenes they are attached to even more special. John Paesano has also done great work with other superhero soundtracks such as the ones for all three seasons of Netflix’s Daredevil.

All these aspects work together in harmony to shine the limelight on the story of Miles Morales which is good because this game’s story is excellent. 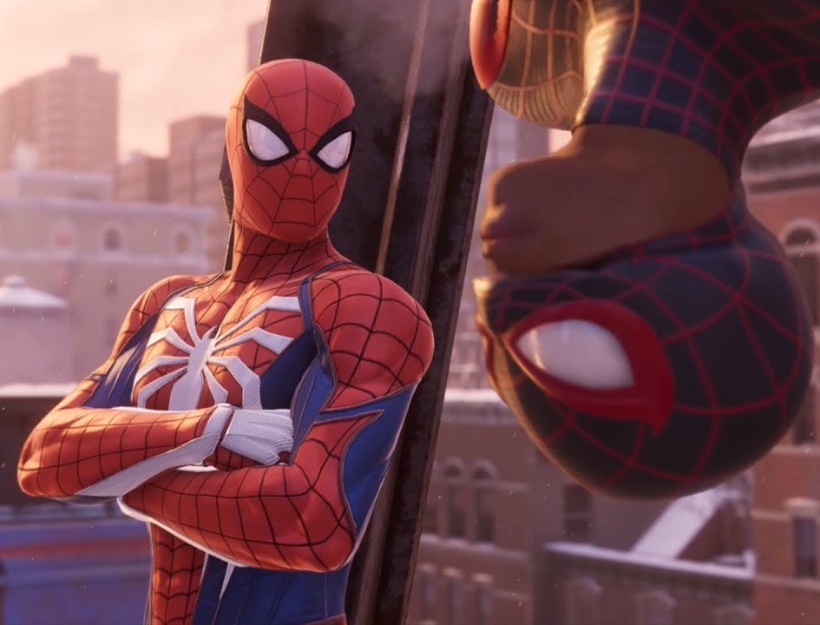 The story follows Miles Morales who is stepping out of being more than just Peter Parker’s sidekick. Early on in the game Peter leaves and tells Miles that he is New York’s only Spider-Man now. Of course, Miles doesn’t get a warm reception at first and has to earn the people’s respect and trust. Through each mission of the story you begin to see Miles grow into a hero and face the harsh reality and hard-hitting questions that come with that responsibility. With dealing with the passing of his father, moving to a new area and hiding his secret identity Miles quickly becomes overwhelmed. This only increases when he learns about the danger the city could be in and the one who may be responsible for everything going horribly wrong. I won’t spoil the twists and turns in this story, but I will just say that they make sure to have every emotional beat count. Through the great voice acting, visuals and writing you can feel the pain and conflict woven throughout this story.

Not only does this game offer the main story, but just like many open worlds it offers side content. These can be simple missions that Miles’ best friend Ganke has put on the app he made to help promote Miles’ Spider-Man like stopping a car theft and muggings or they can have more o  a storyline to them like the sidequests that help cement in people’s mind that this Spider-Man is just as good as the original. All of it is worth your time in my opinion not only because playing these missions helps get you collectibles like suits and upgrades but they also help flesh out the world even better as well as giving more time for some characters to shine like Hailey, a deaf girl who Miles helps out in one of the side quests and who is seamlessly woven into the main story. 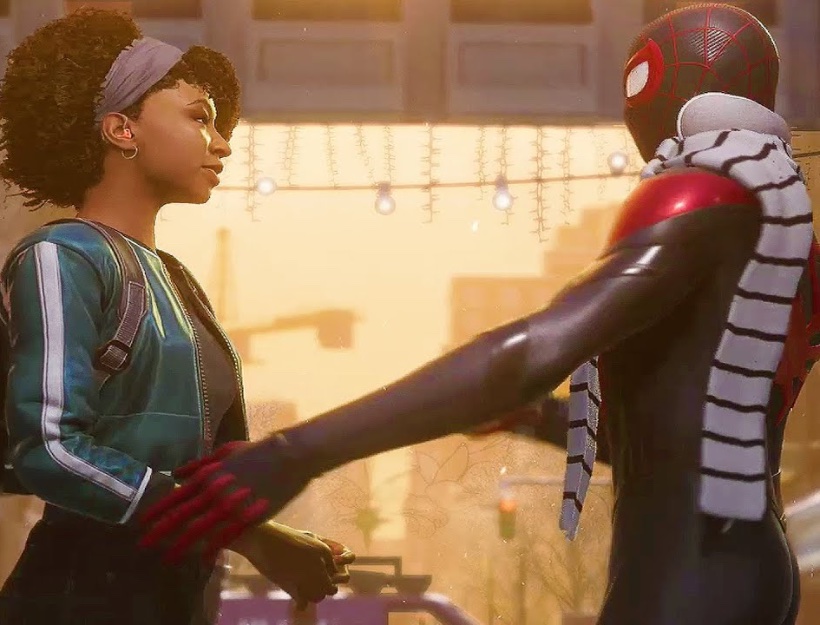 One of the key things that Marvel’s Spiderman Miles Morales does well is its representation. Its protagonist Miles Morales is Afro-Latino and  his culture and heritage are felt throughout different moments of the game like how he speaks Spanish with his mom on a call as he swings through the city of New York. The game also has diversity in other characters such as Hailey, a Black deaf girl, as well as Ganke, Miles’ best friend who is Korean American. The game never stops to pat itself on the back for representation or diversity though. Instead it just treats it as a normal thing because that’s what it is. I believe all games should strive to incorporate representation like this game does where it feels natural and seamless in the story and world.

Marvel’s Spider-Man Miles Morales shines in all the categories that make up what it means to be a game. Through its presentation, music, characters, gameplay and story it brings together a truly unforgettable experience. Even if you’ve never played the first game by Insomniac or whether you grew up with Peter Parker and don’t know Miles yet, I highly recommend you check out this game. It is one of the best superhero experiences you can have in gaming and now is the perfect time to play it before the Spider-Man 2 game comes out. If you are interested in this game, it is available on PS4 and PS5. If you’re in the mood for a good superhero game or just want a fun time with a great story check out this game and experience the wonders it has to offer.
*

Want more Marvel or Spider-Man content? Check out our review of the webslinger’s latest film, Spider-Man: No Way Home!