When you look at the zombie apocalypse genre in video games you will see it’s filled to the brim with options. Some of them are good while others don’t seem quite to hit the mark but a few have truly risen above and beyond the rest, telling stories and bringing characters to life in such a way that you remember them long after you’ve put down the controller. Telltale’s The Walking Dead is one such game. While all four games in the series are worth your time (with the final installment being my personal favorite), I wanted to highlight the first game, showing that from the very beginning Telltale Games had something truly special.

Telltale’s The Walking Dead came out in 2012. It is based on the hit comic book series The Walking Dead written by Robert Kirkman and drawn by Tony Moore. While the game uses the same world, rules that apply to the zombie lore, and occasional cameos of comic characters, it focused on original characters with their own story. It soon became clear that Telltale had knocked it out of the park with this game. Telltale’s The Walking Dead became critically acclaimed and won over a dozen awards. It is no secret why with its compelling narrative, memorable choices and outstanding protagonist. 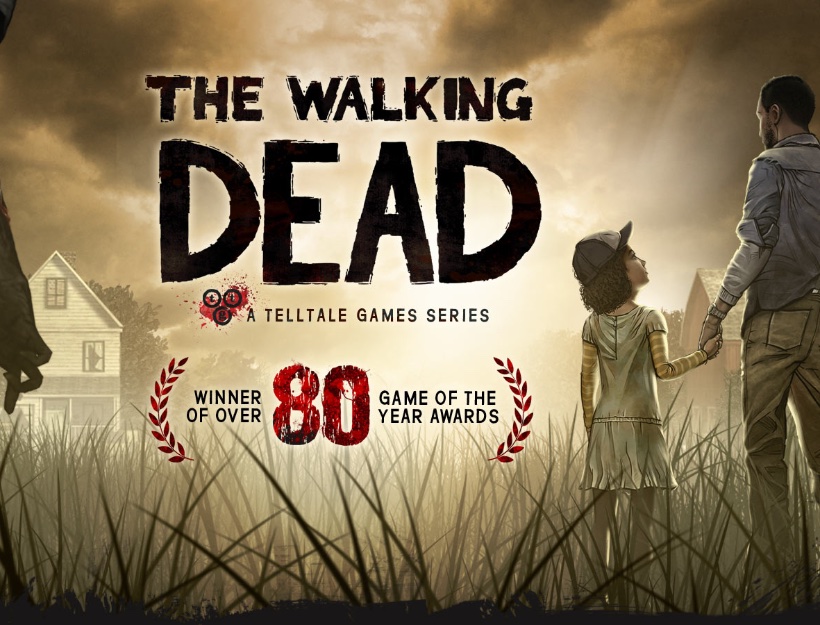 Many people argue what exactly makes a good video game. While there are a multitude of answers to this question including the plot or gameplay, one that almost everyone can agree is a key factor in making a good game is a compelling protagonist. Telltale succeeded in this when they created Lee Everett, a history professor whose life seems to be falling apart as the game opens with him sitting in the back of a police car. But just as Lee’s life seems to be over the world starts to fall apart when the zombie apocalypse breaks out. Within the first half hour of the game the player feel themselves bonded with Lee as they’ve heard about his deepest, darkest secret and struggle to help him survive a now zombie-infested world.

The writers of this game and the voice actor for Lee, Dave Fennoy, work hand in hand to take Lee, who at first glance seems to be nothing more than a serious, gruff man who deserves to go to prison, and instead peel back layer after layer of his character to show the player who he really is. Through small lines Lee says when you interact with the environment around him to Lee being a clumsy and dorky history nerd to the brave and powerful moments he has as a character, Lee doesn’t feel like some generic video game character. He feels like a person; he feels human.

This can be seen clearly in the way he interacts with the other characters in the game, but specifically with one in particular: Clementine. At the beginning of the story Lee runs into Clementine, a young girl whose parents are out of town and presumably dead. It doesn’t take long at all to see Lee’s heart whenever he interacts with Clementine. One of the things this game has been praised for the most is how much players care about Lee and Clementine. Throughout the game you get to see this bond grow and it’s one that you will cherish, wanting to protect both Lee and Clementine from the harsh realities of the walker-infested world around them. 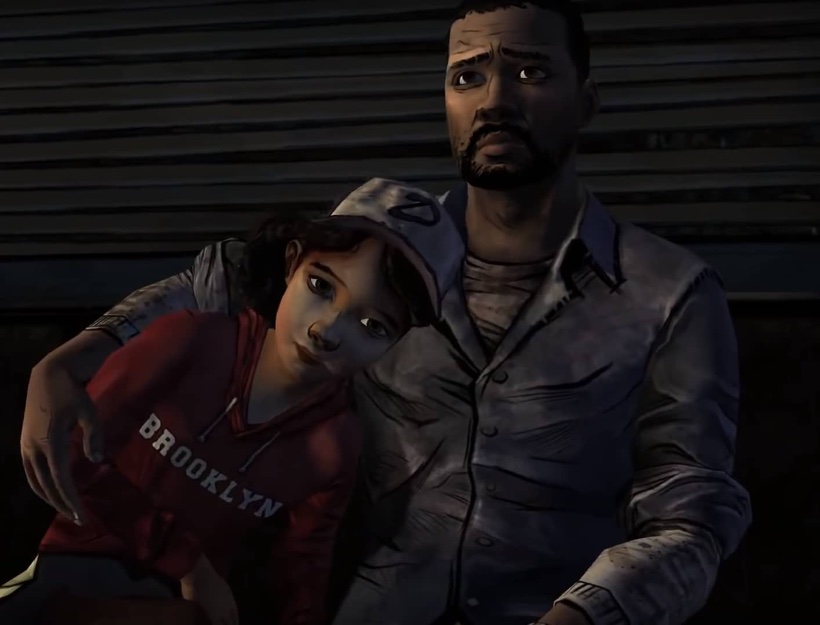 One thing that sets this game apart from some others within its genre is that it is an episodic adventure game that emphasizes the saying “Your choices matter”. Throughout each of the five episodes, you will be making choices that will impact how the story goes. Some of these may be as simple as picking who gets certain rations and whether you want to maintain a friendly relationship with someone in your group. Others will be heavy-hitting choices like who gets to live and die. As you play through each two-hour episode you will find yourself questioning whether you made the right decision before being thrown another tough choice as the timer slowly ticks down with the options laid out in front of you.

While some may argue that Telltale’s The Walking Dead’s gameplay is nothing spectacular, and on paper that may be the case, in execution is where it truly shines. With almost every choice in the game you are given three speaking options and one to remain silent. These small dialogue choices can affect Lee’s dynamic with others in the group. Having the option to choose what the protagonist gets to say allows the player to become more invested in the story, especially when playing as a character as likable as Lee, and it makes those emotional moments that appear throughout the game all the stronger.

Those intense, gut-wrenching, nail-biting moments hit even harder when you know that with one single press of a button you made the call. You had chosen to save one life over another, you had chosen to do something that maybe others in your group had disagreed on. That’s why I think that Telltale’s style of video games worked so well with a story set in the zombie apocalypse, because in that setting you have to make quick judgment calls. Stripped of the rules of society, thrown into the chaos of the living dead roaming the earth, you have to make choices and live with the consequences. By having this type of gameplay you feel personally responsible for the actions of Lee because he isn’t making these choices in an unplayable cutscene. He made those choices when you pressed the button. This creates a unique bond between Lee and the player, one that makes you feel like your playthrough was unique solely to you. 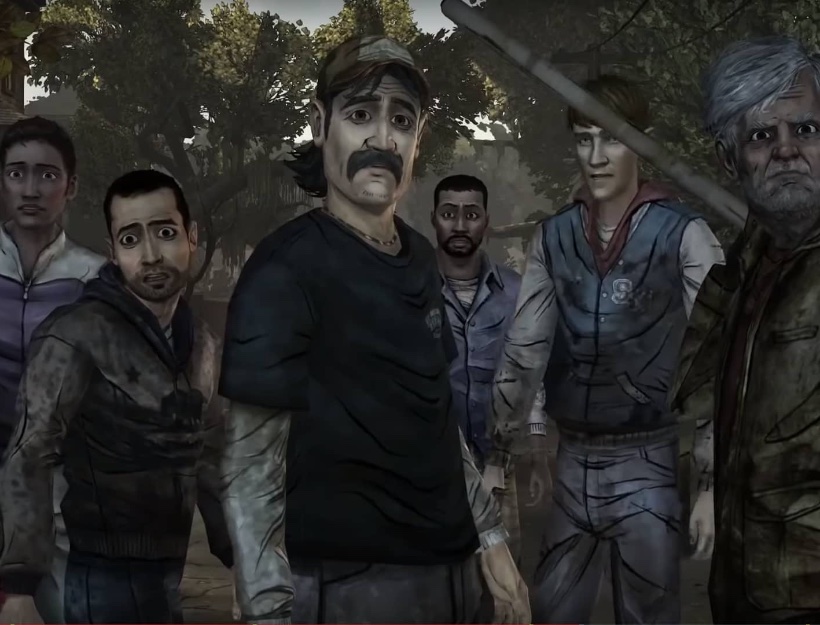 That’s one of the strongest things about this game, the impact of it all. The writing, characters, voice acting, and music blend into this beautiful, touching, and heart-aching story. Your actions do feel like they have weight to them. As you deal with the heavy themes that come from works within this genre and feel moments of joy and relief in those heartfelt interactions Lee shares with others you realize how much you care about these characters. The team behind Telltale’s The Walking Dead made something amazing: an experience that you will remember for months after the credits have rolled.

If you are looking for a game with a fantastic protagonist and duo, strong writing, and unforgettable moments, I can’t recommend this game enough. Now is the perfect time to get into the Walking Dead Game series as this coming April will be its tenth anniversary. You can pick up this game on a multitude of platforms such as the PS4, Xbox One, and Switch. If you don’t have a console, then have no fear because it is available on the Android and iPhone as well. You can pick up the first game alone and try it, but in my personal opinion, all four games are worth checking out and can be bought as an entire series in The Walking Dead: The Telltale Definitive Series. So what are you waiting for? Step into the shoes of Lee Everett and experience one of the best zombie apocalypse stories video games have to offer!