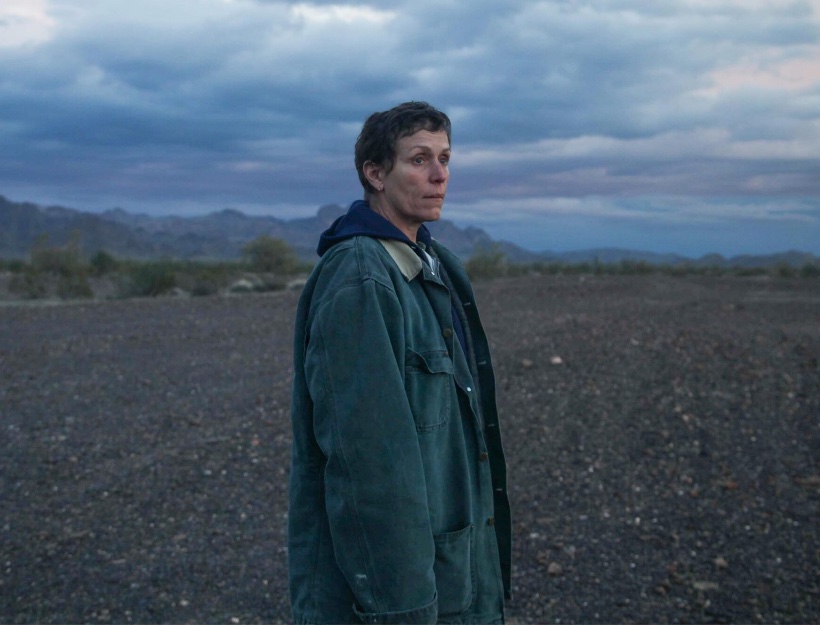 “There has always been a small group that could not resist the lure of individuality, travel and adventure – they had to know what was around the next corner and over the next mountain… But even the most rugged individualist isn’t free from the genetic need for connection…” – Bob Wells, Home on Wheels Alliance President and Founder of the Rubber Tramp Rendezvous.

Nomadland is the story of our nation’s essence: to be the cog in a wheel of the vast machine of capitalism and yet display enough self-respect and independence to give it the finger in the middle of your shift at an Amazon distribution center. Our drive for individualism and freedom from being told what to do permeates our existence to the point of fighting mask wearing and social distancing mandates. Thus it is not surprising that thousands of weary elders would rather struggle against the endlessly higher cost of living by choosing the nomadic life of the open road. And on the way, to pick up a seasonal job here and there at places like Wall Drug in South Dakota, or as a campground host for the Forest Service, or as a tour guide for the Park Service.

The film’s director, Chloe Zhao (The Rider, Songs My Brothers Taught Me), reveals another aspect of America that is often buried under the veneer of our independent spirit: that of coexistence. One lesson that this extraordinary film teaches us is that we truly are interdependent and that life is certainly sweeter when experienced in community rather than attempting to defeat freezing temperatures, flat tires and cleaning filthy toilets by yourself. 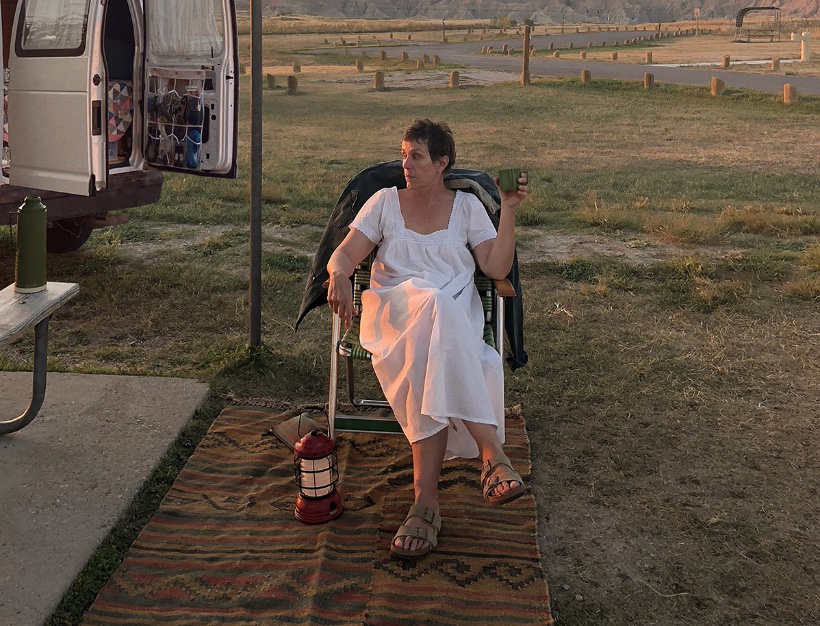 Fran, played exquisitely by Frances McDormand, like most of us possesses a soul full of contradictions. On the one hand, she revels in her ability to travel the country in her van and to gallop across a rain-swept cliff on the California coast alone. And yet we find her purposefully walking the campground on New Year’s wishing everyone a ‘Happy New Year’ even though she doesn’t really know any of her fellow campers.

There is a certain sense of security in anonymity, the ability and desire to blend into the scenery enough to disappear as Fran attempts to do while taking a walk in the Badlands. Nevertheless, there is always the tug of being wanted, being cared for, being a part of something greater than ourselves that nags us to rejoin the social fabric of community. And that anonymity allows for a clean slate when meeting someone new. Unlike family, there is no baggage that accompanies a relationship on the road, just common interests and mutual needs.

As a result, Fran finds friends along the way. Folks who don’t judge her like some family members have in the past but understand her for who she is and how she ended up living in a van. Bob Wells, who plays himself in the movie, is the visionary behind creating a nomadic community. There wanderers have a welcome place around the campfire to share their stories and to exchange a few resources to help them through the tough times they face while living off the grid. He is the founder of a website called ‘Cheap RV Living’ and a Youtube channel with over 400,000 subscribers of the same name. 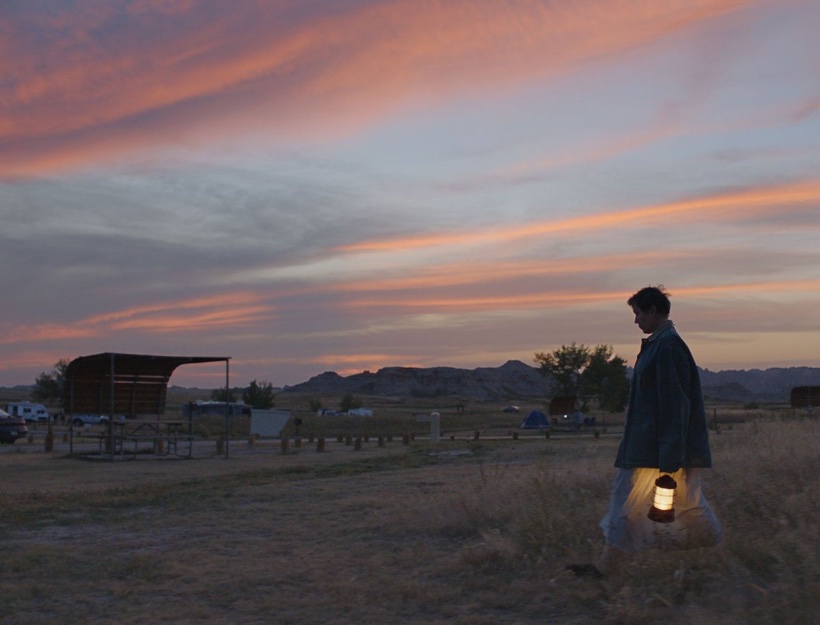 Wells also coordinates the annual ‘Rubber Tramp Rendezvous’ which provides an astounding array of workshops and presentations on how to survive living in a van or other minimalistic vehicle. The convocation is featured in Nomadland and is where Fran meets Swankie and Bob and truly begins to feel as though she has found her tribe. The event is designed for social interaction in addition to education. As Bob states,“Making deep and lasting tribal connection with others is written into our DNA code and it’s difficult to be happy without it.” In camp we see scenes of sharing soup, learning how to use a bucket as a toilet, making improvements to their van conversations, and just sitting around the campfire swapping stories.

For Fern, she is offered a couple of opportunities to leave life on the road. First her sister suggests that she move in with her and her family. Then a nice guy who she meets in a campground named Dave offers his son’s guest house for her to live in. She turns them both down. One wonders how she could leave these comfortable and generous offers behind. And yet, deep down we know why she couldn’t return to that traditional lifestyle. “I am not homeless; I’m just houseless,” is her response to her brother-in-law’s comment about her current state of existence. 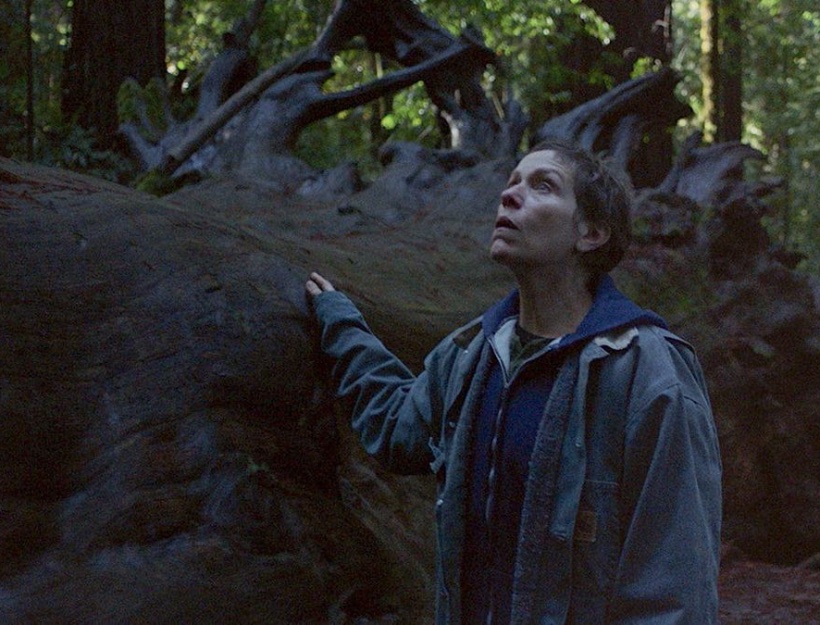 The internal struggle for most of us is how to be our real selves. For we often worry about what others will think if they actually knew who we really were. Anguish about being rejected becomes paralyzing fear. However, out on the road, far from the confines of the city and societal expectations, we find people and places who accept us for who we are. Some are driven there by economic hardship, some by the lure of wide open spaces, some to escape trauma, but all are seeking to be embraced for their essence and not deemed as regrettable, broken or irredeemable in some way. Nomadland shows us that everyone has a place in the world, even though some of us are driving down a deserted road still searching to find it.
*