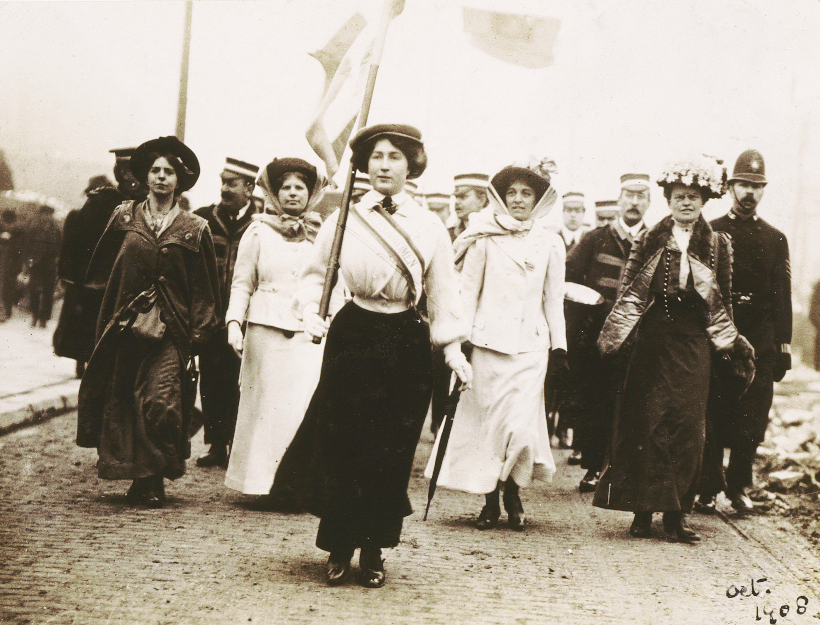 Photograph of suffragettes’ procession. Image depicts Miss Daisy Dugdale in Suffragette uniform leading a procession to welcome Mrs Pankhurst and Christabel Pankhurst on their release from Holloway. © Museum of London

Votes for Women: Over 100 years later

Originally exhibited in 2018 to mark the hundred-year anniversary of women’s right to vote in the UK, Votes for Women has been made available online for anyone to see. The exhibition highlights the immense struggles and challenges that the suffragettes overcame in their fight for democratic freedom and is a potent reminder in these uncertain times of how far we have come, but also how far we still need to go.

“They were braver women than I’ll ever have to be.” – Catherine Mayor, President of the Women’s Equality Party.

Hostility towards the WSPU

The exhibition focuses on the legacy of the Women’s Social and Political Union (WSPU), founded in 1903, and their Deeds Not Words campaign. Numerous items are on display including the chains the women used to shackle themselves to the fences of government buildings. These items tell a powerful story of just how far the women had to go to gain their freedom.

For many, the turning point happened in 1910, when the now-famous Black Friday Campaign saw tremendous violence displayed against the 300 protesting women. Many were manhandled and sexually assaulted by the police.

It was a tragic day in UK politics and it led to an increase in violent actions taken by the women of the WSPU. However, this violence and aggression was not directed at people, just at buildings (as the exhibition mentions). The goal was to create a disturbance, not risk human harm.

As a result of their campaigning, over one thousand women went to prison and many, like Emmeline Pankhurst, saw the inside of a cell many times.

These women were the definition of hardcore. Many went on hunger strikes when they got to prison and were tortured and force-fed in an attempt to get them to eat. This led to what came to be known as the Cat and Mouse Act, which allowed prisoners to be released due to failing health, only to be rearrested when they regained their strength.

Winefride Mary Fix was imprisoned with hard labour for two months because she smashed a window. Many others received the same treatment. Votes for Women highlights many of these women and tells their incredible stories as they gave up everything to fight for what they believed in. 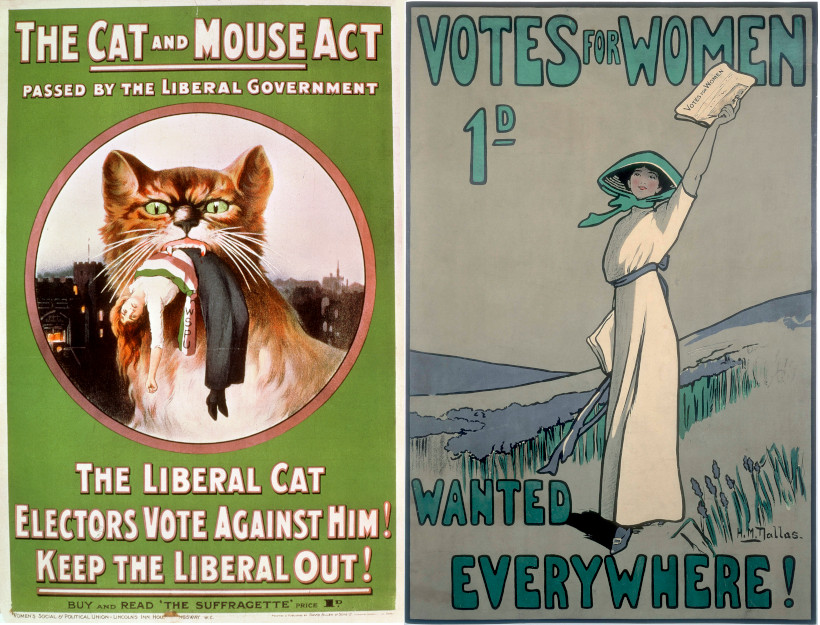 All this fighting was put on hold when WWI erupted in Europe. The WSPU immediately stopped campaigning and instead turned their efforts to supporting the British soldiers. During the years of war, women ran the country. They became the backbone of the UK supporting the war effort and showed all who disbelieved that women were just as capable as men.

In 1918, after the end of the war, a select group of women over the age of thirty and possessing various other qualifications such as land ownership were given the vote. Though this Act was not overtly discriminatory, these women who qualified were primarily white, and quite wealthy as well. It was not for another ten years that this changed and all women over the age of 21, no matter their race or socioeconomic level, were given the right to vote.

Legacy of the movement

It is difficult to summarise just how important the Votes for Women movement was in shaping the century that followed. Protesters and campaigners around the world have been directly inspired and bolstered by the suffragettes that came before them. The right to vote is an essential part of the democratic process and before the WSPU, half of the adult population of the UK could not vote.

As part of the exhibition there is a short film that seeks to capture the power of the movement and its importance in UK history. They talk about the challenges of revering the violent actions taken by these women, but they also don’t try to hide the effectiveness and impact these actions have had.

It’s a challenging balance to strike, especially following the recent actions taken by the UK government in relation to restricting protests. Perhaps now is the perfect time to reflect on the suffragette movement and to really dive in and learn as much as we can. Because as they say in the video, the right to vote was not the end of the equality movement, it was the beginning.

“I come to ask you to help win this fight. If we win it, this hardest of all fights, then to be sure in the future it is going to be easier for women all over the world to win their fight when their time comes.” – Emmeline Pankhurst.
* 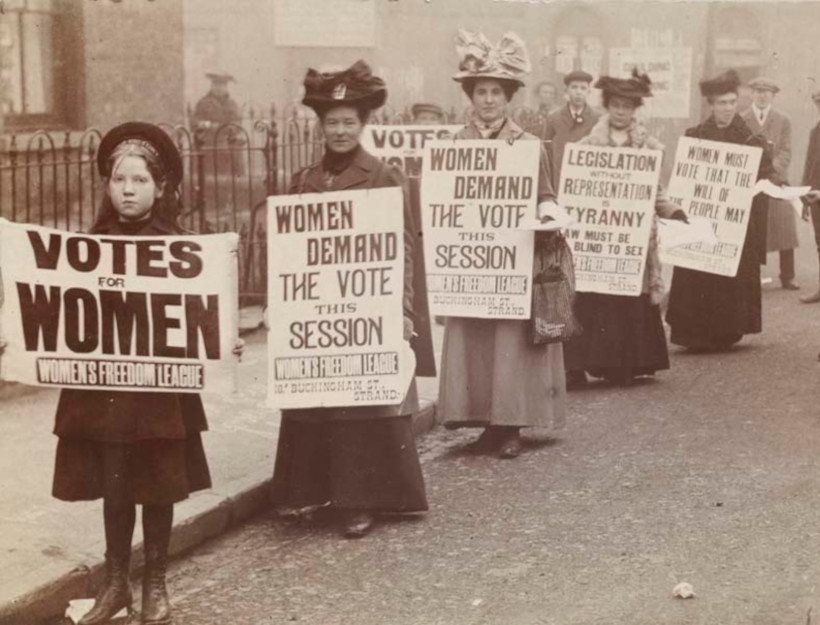