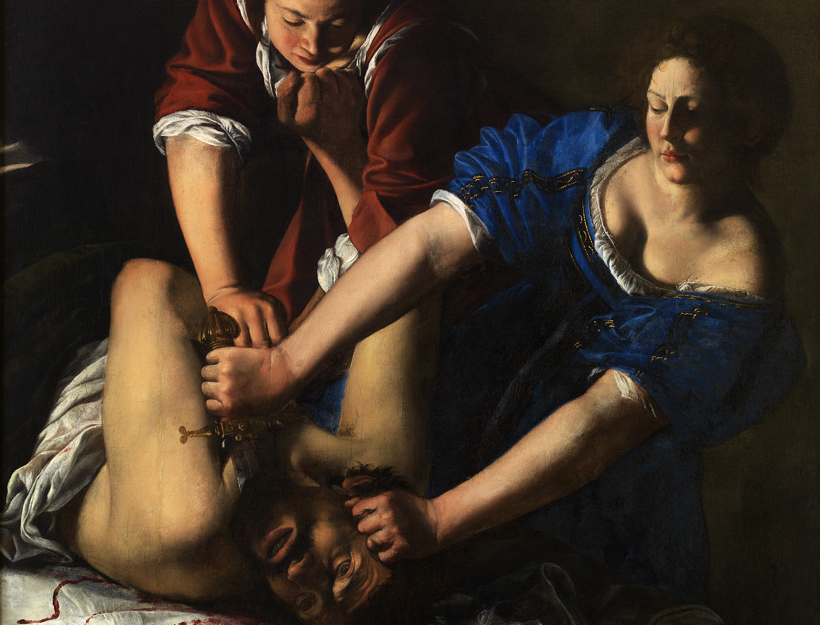 The National Gallery in London which houses one of the greatest collections of paintings in the world is thrilled to present the first major exhibition of Artemisia Gentileschi’s Italian Baroque paintings in the United Kingdom. 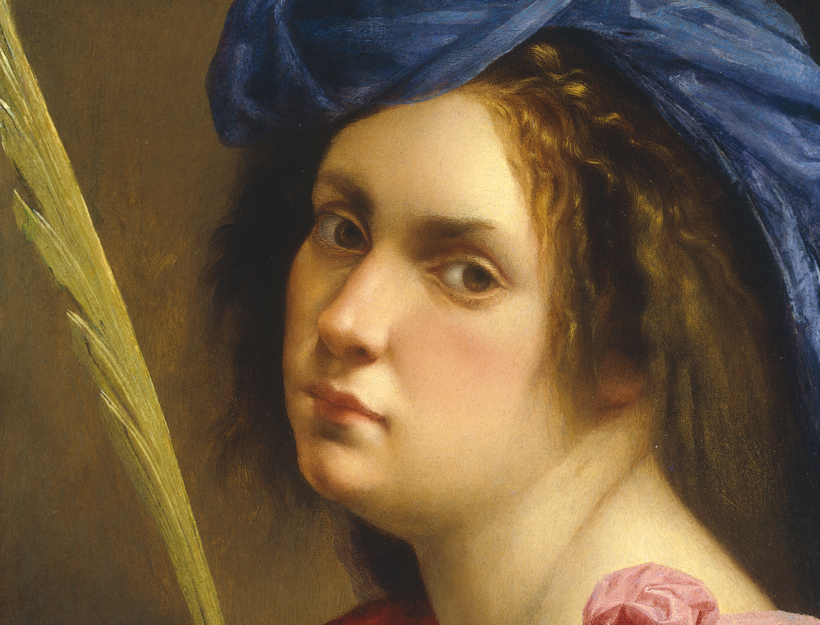 Artemisia Gentileschi, Self Portrait as a Female Martyr, about 1613-14, Oil on panel, 31.8 × 21.8 cm, Private collection, © Photo courtesy of the owner, Used by Permission

Gentileschi challenged the conventions of the time and defied expectations to become a successful artist and one of the greatest storytellers of her era. 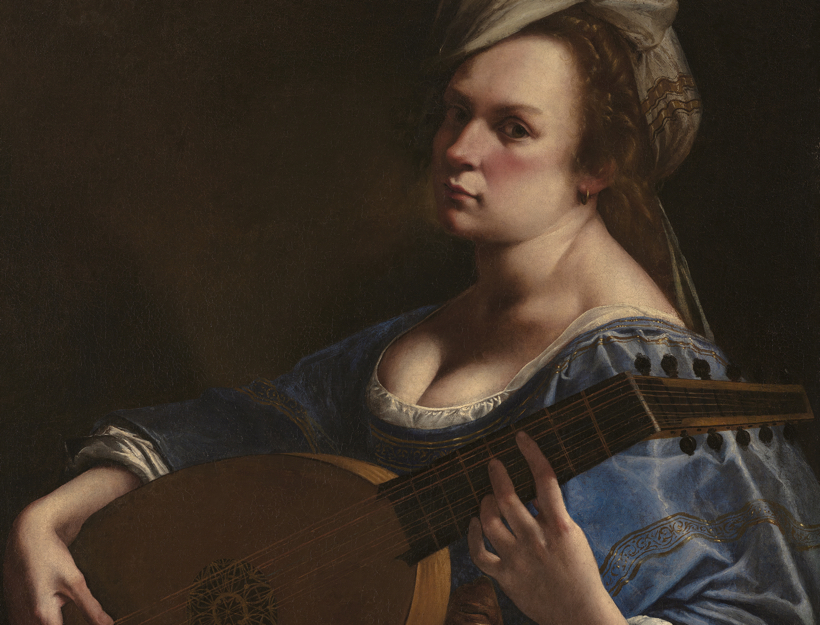 Artemisia Gentileschi, Self Portrait as Saint Catherine of Alexandria, about 1615-17, Oil on canvas, 71.4 × 69 cm, © The National Gallery, London, Used by Permission

In an time when women had little opportunity to pursue artistic training and work as a professional artist, Artemisia was instructed by her father, Tuscan painter Orazio Gentileschi. 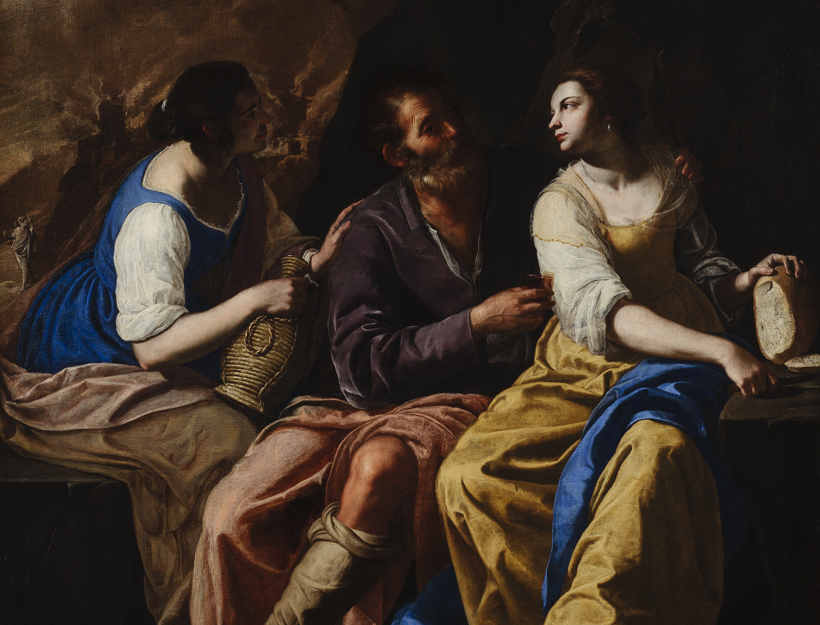 Artemisia, born in July of 1593, was one of the few women who had the chance to practice her talent, spread her wings and fly to great heights in the art world. 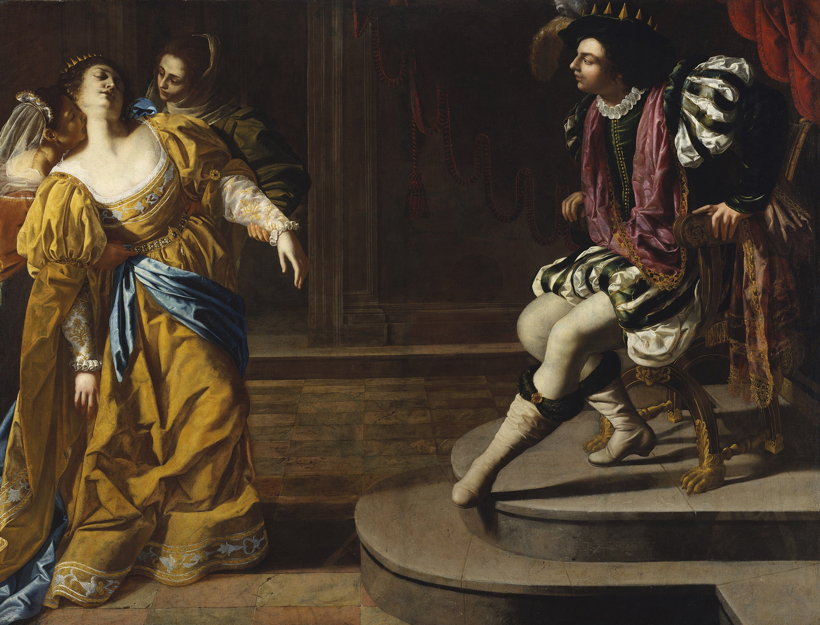 As a woman artist working professionally for over 20 years, I understand the trials and tribulations she must have experienced to achieve this. The struggle to rise above the prejudice of given norms in the male-dominated art world that she experienced during the Renaissance is still present to some degree today.

This artist, with strong feminist overtones, was aware of the discrimination she faced in the art world. The fact that she was the first and only woman to be accepted in the Accademia di Arte del Disegno in Florence, Italy was a feather in her cap. Her father served as her patron and supporter and passed on his knowledge of painting to her in his studio workshop. This was where she learned how to draw, mix color and how to paint. 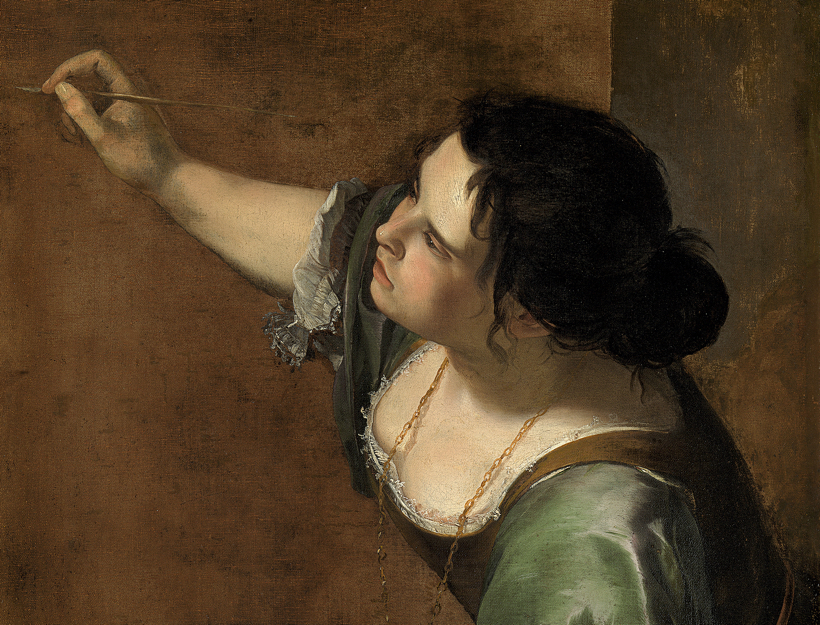 A child prodigy, she was producing professional artwork by age fifteen. When she was nineteen years old, her father boasted of her talent, claiming that in the profession of painting – which she had practiced for only three years – she had no peer. However, that was not enough on its own. Artemisia expressed her resentment in one of her letters, making it clear that she was well-aware of what was going on for women who were aspiring artists at that time. 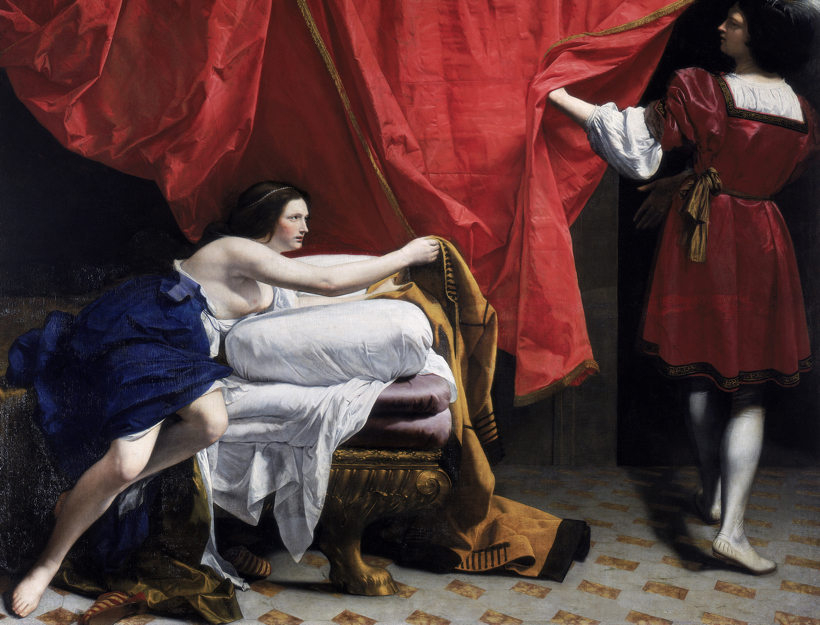 Even though Artemisia was starting to flourish as an artist under the patronage of her father, her achievements were overshadowed by a traumatic event – her rape by Agostino Tassi when she was a young woman. At the trial, Artemisia was tortured with the intention of verifying her testimony as truthful. Tassi was convicted of raping her and was imprisoned for two years. 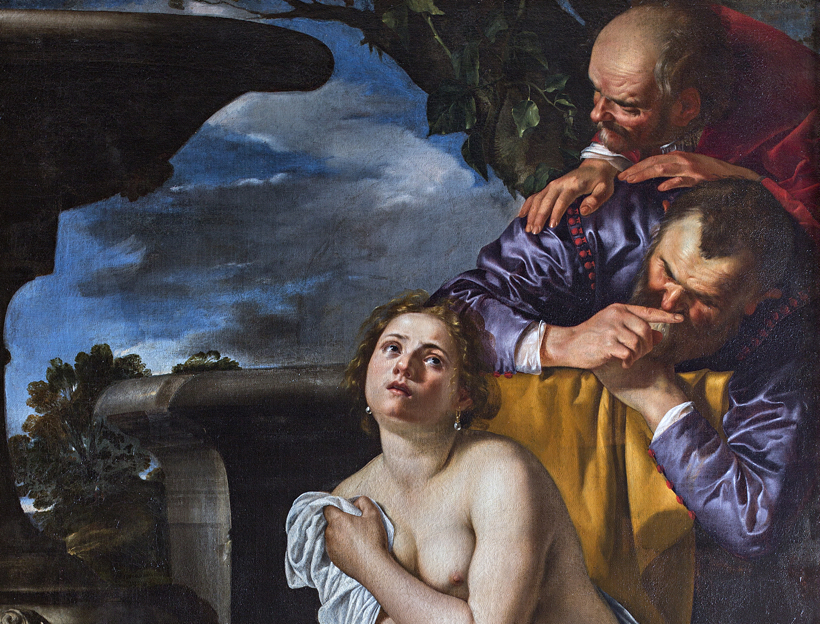 His verdict was later annulled and he was set free and exiled from Rome. His crime and its impact on her has subsequently influenced a feminist view of Artemisia during the late 17th century. Despite the fact that the whole story was deeply traumatic, Artemisia was one of the few women of her time that did not let a rape dictate her life outcome. 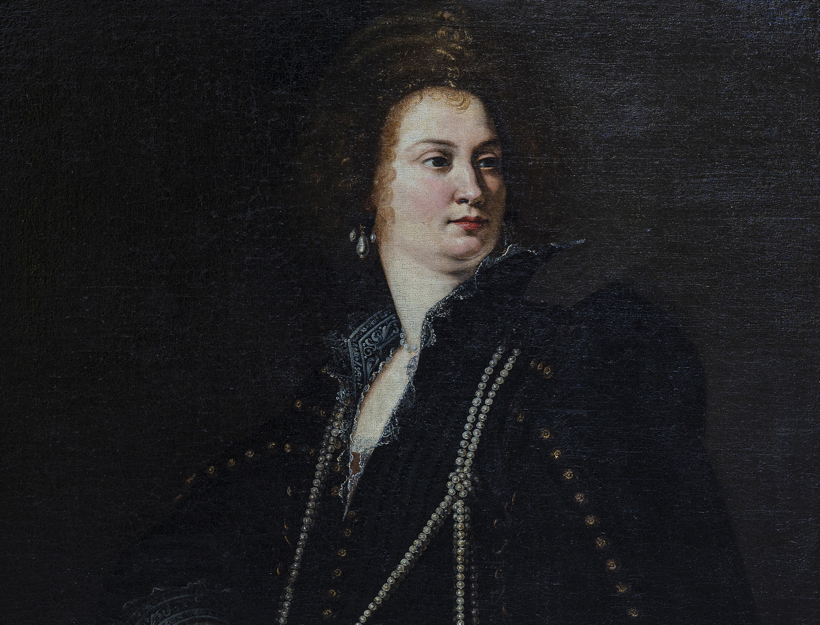 A strong woman, her emotionally-charged works cast light on her anguish. It is surmised that Artemisia expressed her rage towards Agostino Tassi and avenged herself for the rape that traumatized her. She chose her violent scenes as a way to express her anger towards the universal suppression of women. 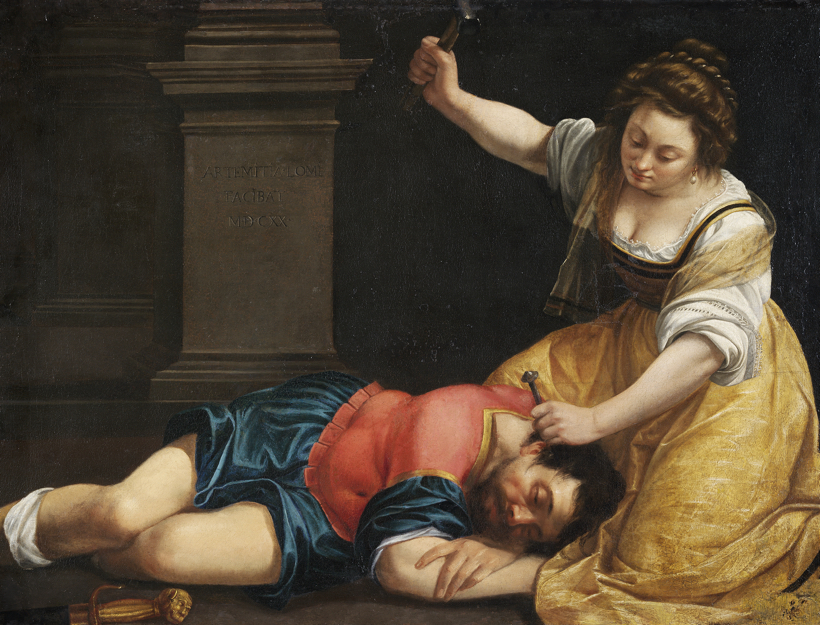 It is not only her subjects that inspire awe in the viewer of her work, it is their execution that makes her stand out among many painters of her era. She was influenced by Caravaggio, an Italian painter active in Rome at that time. His paintings combined a realistic observation of the human state with a dramatic use of lighting which had a formative influence on Baroque painting. His signature style of employing darkening shadows and transfixing subjects in bright shafts of light were major influences for her. The light focuses on the subjects and the rest of the painting stays rather dark. 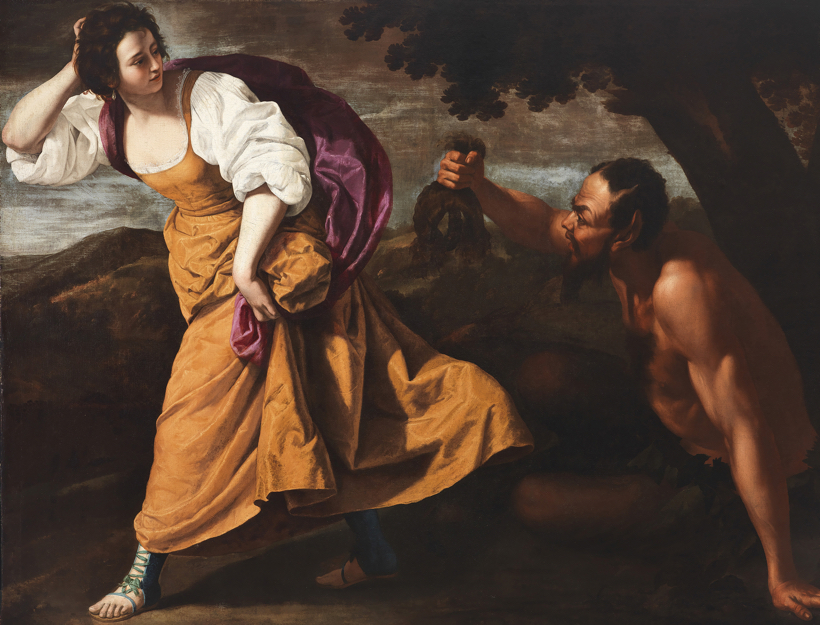 Artemisia Gentileschi
Corisca and the Satyr, about 1635-7, Oil on canvas, 155 × 210 cm, Private collection, Italy
© Photo courtesy of the owner, Used by Permisson

Many of Artemisia’s paintings feature women from myths, allegories and Biblical scenes. She was known for depicting the female figure with great naturalism and for her skill in color mixing to express dimension and drama. 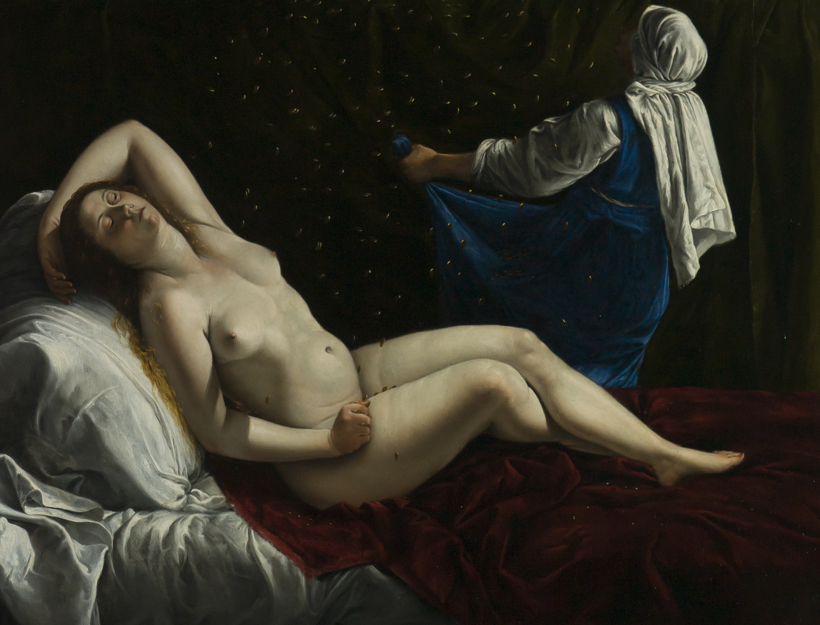 Females in Artemisia’s paintings appear strong and assertive but at the same time sensual. In a world where women were almost exclusively painted by men, Gentileschi’s outlook is a breath of fresh air, even by the 17th century standards. Her heroines are not passive by any means. Maybe this could be an argument that works in favor of those who think that her paintings are mostly talking about her rape. 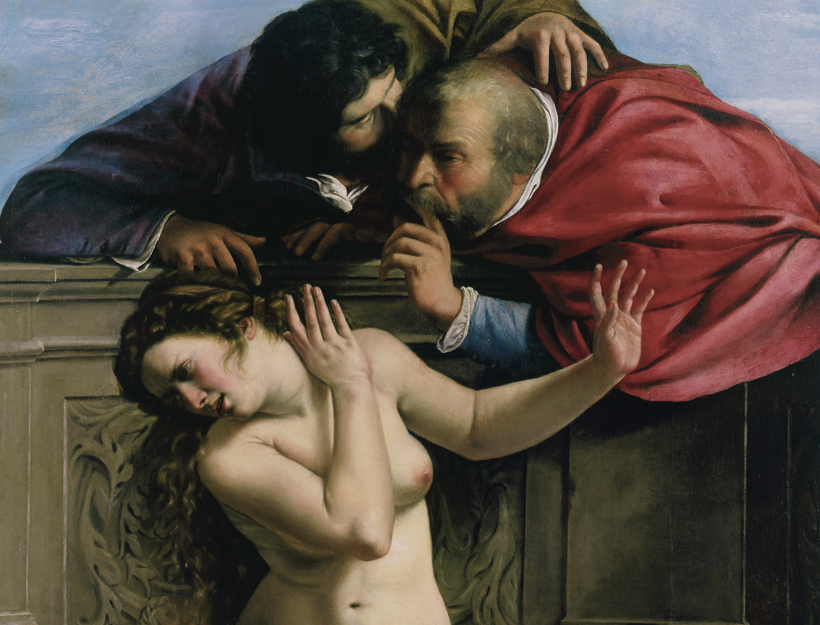 While feminist art historians tend to see her works as an expression of a woman’s rage towards male oppression, a more collective approach would be to acknowledge Gentileschi’s experience and interpret her work according to the circumstances under which it was created. Artemisia Gentileschi’s work as a whole reveals a skilled artist – a true master. 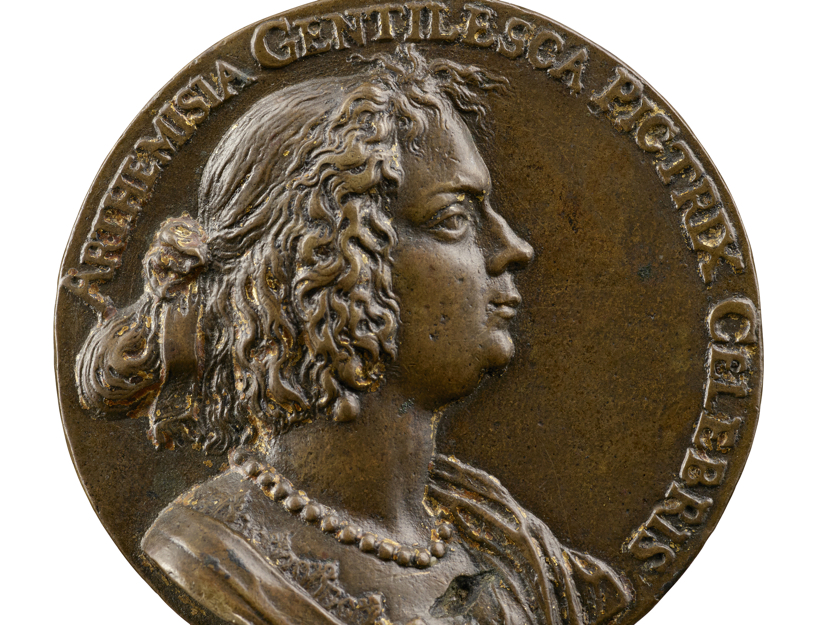 Over the years she garnered great respect and recognition for her work. She gained many international clientele through the years and was and is now regarded as one of the most progressive and expressive painters of her generation. Her prices have skyrocketed as of late. 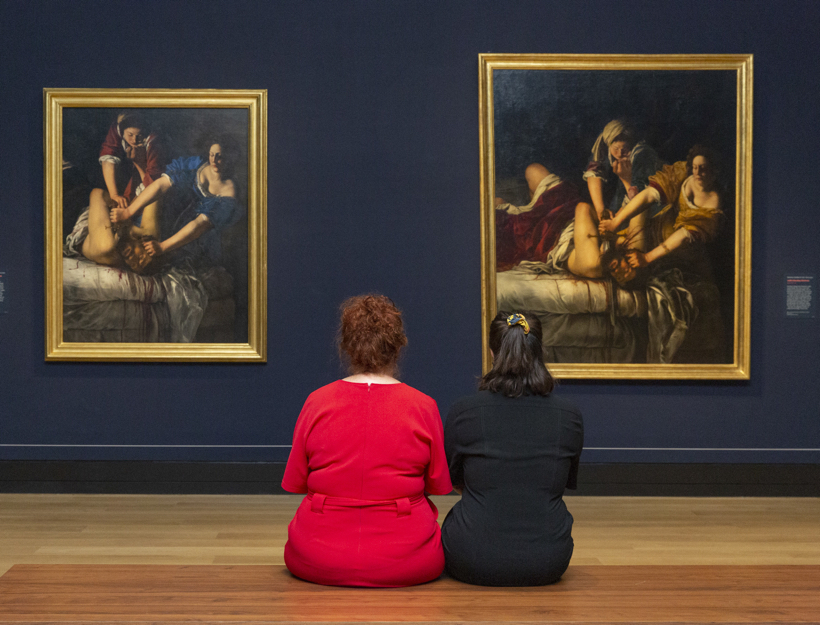 In this exhibition you will see two versions of her iconic and viscerally violent ‘Judith beheading Holofernes’ painting completed in 1612-13. It is considered one of her iconic works. The canvas shows the scene of  Judith beheading Holofernes. In this painting, Gentileschi presents a portrait of women’s power while simultaneously asserting her own power as an artist with the ability to choose her own subjects and make her own decisions about how to treat them. Gentileschi makes the servant a strong young woman who actively participates in the killing. It adds a fierce realism and it also gives the scene a revolutionary implication. ‘What,’ wonders Gentileschi, ‘if women got together? Could we fight back against a world ruled by men?’ This is one of several paintings by Gentileschi that depict women taking revenge or punishing men. This can be seen as an expression of her frustration and anger after her rape and trial as a teenager and it has been suggested that Judith is a self-portrait of the artist. 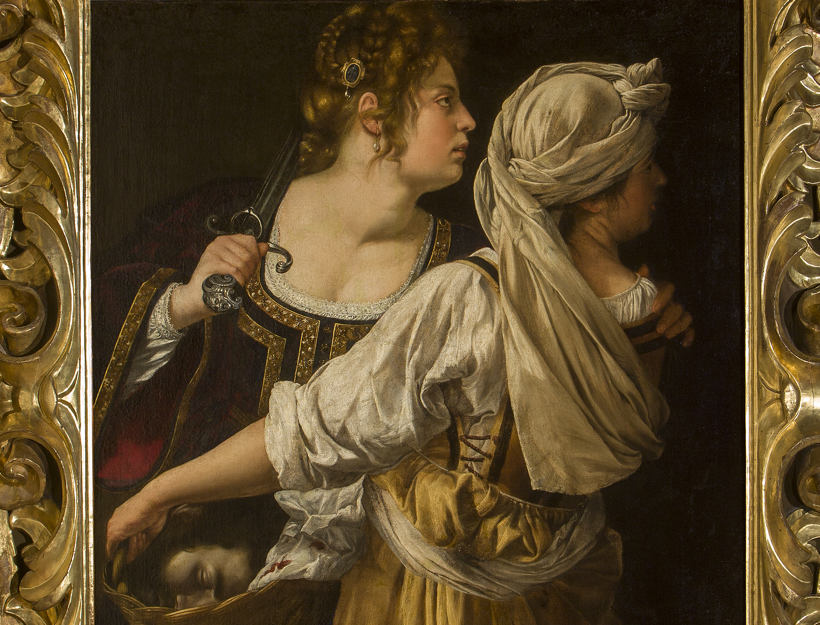 The National Gallery in London: Artemisia! Used by Permission 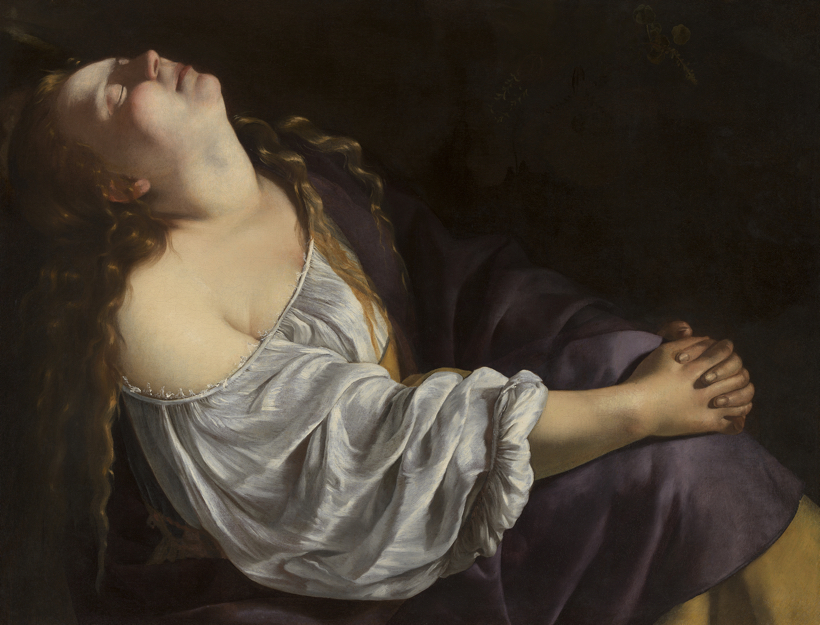 See Artemisia Gentileschi’s work now through January 24, 2021 either in person at the Covid-Secure National Gallery, Sainsbury Wing, London, UK or online at www.nationalgallery.org.uk. 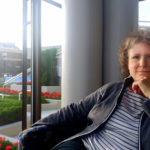 LuAnn Ostergaard lives and creates in the Pacific Northwest of the U.S. Her work displays an immersive love of nature and abstract design. She specializes in archival art prints and her designs can be found in many homes across the U.S. and corporate environments as well. Her creativity doesn’t end with painting and photography, but expands into poetry and the written word.