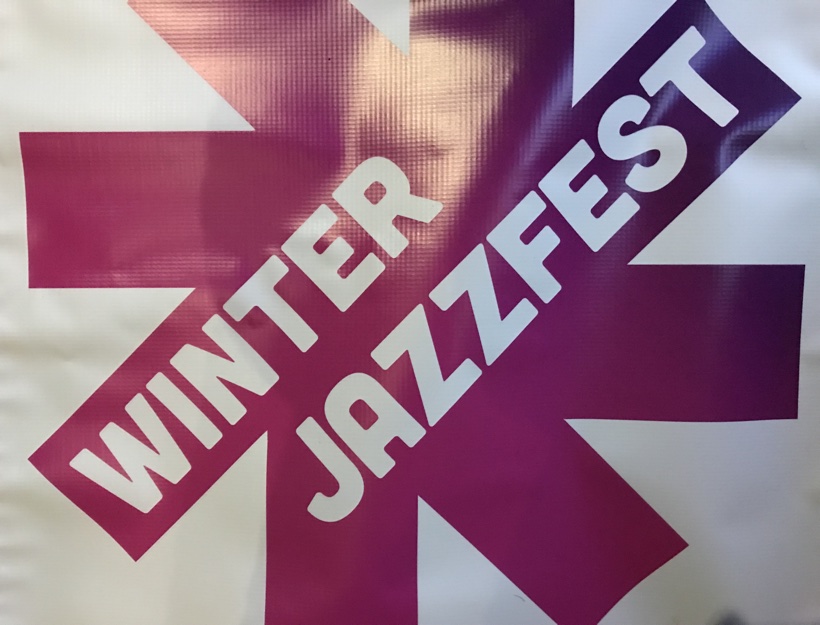 On a recent trip to New York City this past January for a creative conference, I became aware that I would be in town during the 7th Annual Winter Jazz Festival! Since I was traveling with family, we were all excited to take in some good music while in the big city! Saturday night, January 13th, did not disappoint! 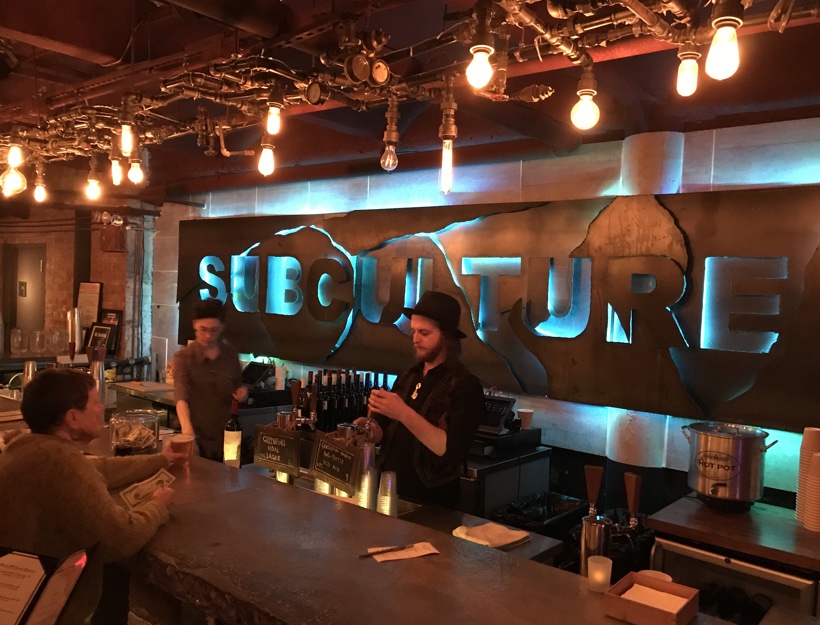 We did some research and became super excited that we could see this Afrofuturist flautist and composer, Nicole Mitchell, perform with a trio at an early show at SubCulture!

“Ms. Mitchell, 50, the artist-in-residence at this week’s Winter Jazzfest in New York, brings an eclectic ear and a frothy vigor to her instrument. The flute is rarely given much of a chance in jazz — maybe it seems too quiet, too liquid, too fey — but she has transcended all that, becoming a leading voice of the music’s cutting edge.” 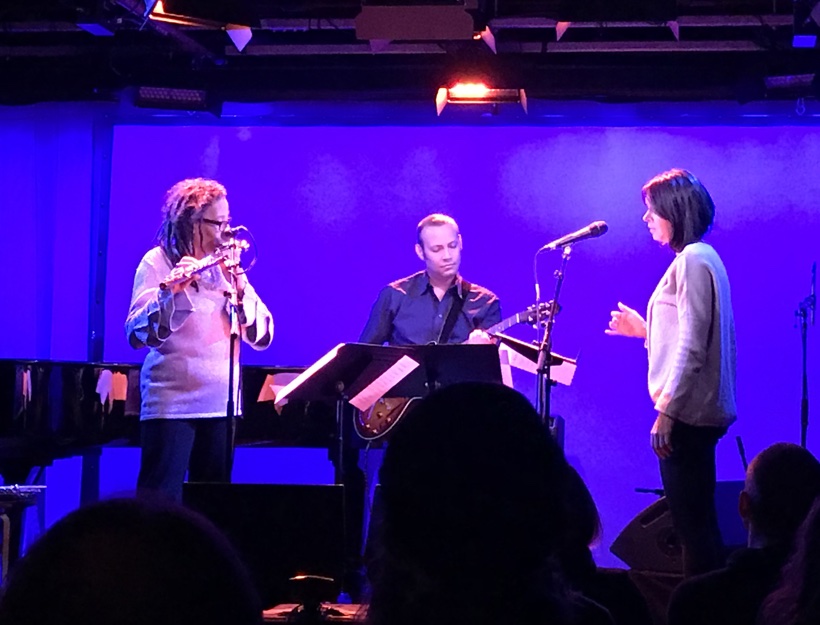 And Giovanni Russonello from the NYT’s gave her an “Album of the Year” spot for her “Mandorla Awakening II: Emerging Worlds”!

Here is a video of some of the sounds we enjoyed!

We were so comfortable at SubCulture, and the room is great for a good jazz show – we decided to stay for Lucianna Souza’s performance. Also, my husband plays the stand-up bass, so it looked like we were in for a treat! Flexibility is definitely the joy of wristband festivals : ) 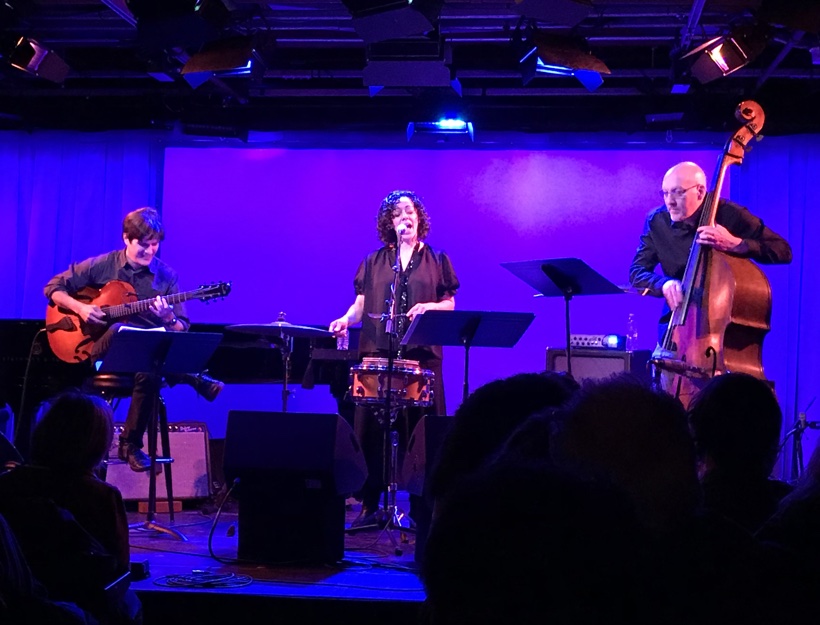 A quick online search and this article from HuffPost cinched the deal:

“In 2013, Luciana Souza gained a place among the world’s top contemporary jazz singers by earning not one, but two Grammy nominations for The Book of Chet (for Best Jazz Vocal Album) and Duos III (Best Latin Jazz Album). The 47-year-old Brazilian vocalist now has a total of six Grammy nominations, a distinction that has gone largely unrecognized in her native country. She has also appeared on Herbie Hancock’s Grammy-winning River: The Joni Letters and works by Bobby McFerrin, John Patitucci, Till Brönner and Argentine composer Osvaldo Golijov, to name a few, and performed with several symphony orchestras. Souza sings with a quiet intensity and — in The Book of Chet and Duos III — favors spare, stripped-down arrangements. Her voice is clear and perfectly in tune, with a beautiful tone, and her phrasing is often daring, even startling. She’s a vocalist who once said, “Each phrase for me has a certain gestalt,” and she invites you to savor both the notes and the spaces between them. Souza is spectacular in a João Gilberto kind of way — you have to listen attentively to fully appreciate all the nuances.”

It was pretty cold outside, but it was just a straight path from one club to the next! Thankfully, there was still room for us to find a close, center-stage seat! When we saw the harp on the stage and then understood the artist was French, we were definitely intrigued! We were not disappointed and were in for a unique, beautiful musical presentation, très bien! 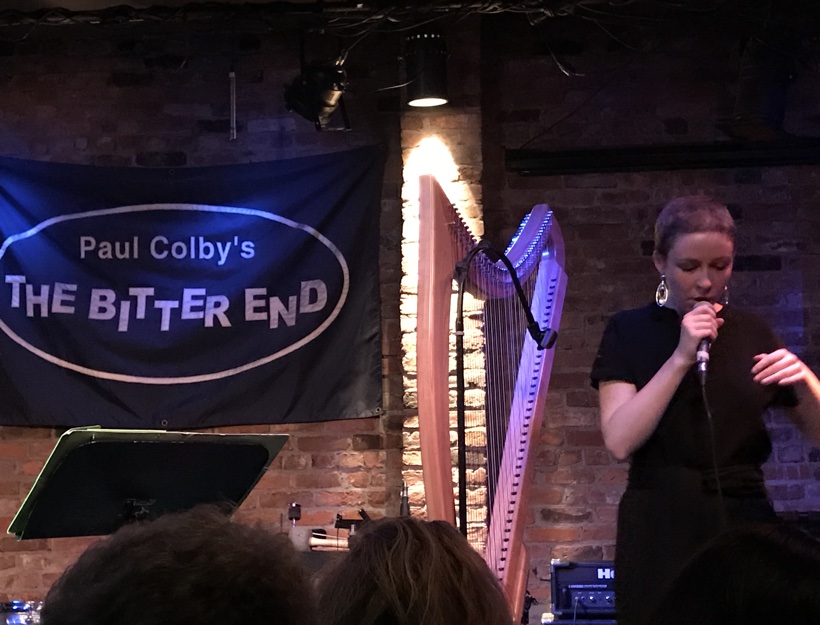 “Perrudin makes every sound here, using her voice and a custom-made chromatic harp: her vocals are often multi-layered into audacious harmonies, while the harp can sound like any number of instruments. On “Inks” and “Auguries of Innocence”, she bangs it with a mallet to create junkyard hip-hop beats; on “Diurnal Fireflies” and “Ghosts”, her woozy tangle of low chords recalls Thundercat’s six-string bass guitar; on “Train”, the tumbling phrases sound like an African kora. Best of all is the clipped, Erykah Badu-ish neo soul of “The Ceiling’s Maze”, where Perrudin’s harp sounds like D’Angelo’s guitar, playing clipped phrases over a sluggish J Dilla-style vocal breakbeat. Such versatility could easily become a variety-show gimmick, but Perrudin’s strong melodies and poetic imagery make each song uniquely compelling.”

And finally, our ears and our souls fed, it was time for something yummy for the body. Where to go for a nearby late night bite to eat? How about one of the city’s latest hot spots: GATO, Chef Bobby Flay’s newest restaurant! 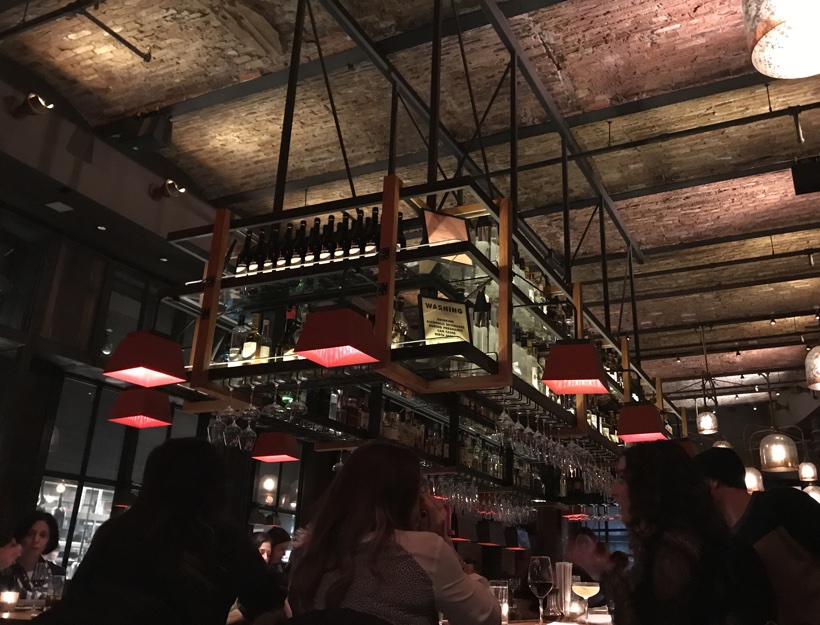 “GATO is Chef Bobby Flay’s expression of Mediterranean food, drink and design. The NoHo location is a 100-year-old building, and GATO is the first restaurant to reside there. GATO combines its NYC roots with a European sensibility and has a casual approach, a bustling environment, and a dedicated passion to its cuisine. The name GATO was inspired by a mysterious orange cat that walked through Mr. Flay’s feet on Lafayette Street while he was waiting for a real estate broker to show him the space for the first time. The cat has not been seen since, but his initial appearance has made a permanent impression.

GATO is owned by Bobby Flay and Laurence Kretchmer who previously owned the Spanish restaurant BOLO together for 15 years. BOLO met an unfortunate demise when its building was torn down to make way for a new development. The partners vowed to revive the spirit of BOLO. They are thrilled to launch GATO as its next renewal.”

A great weekend in New York City – there is always such culture to be had!
*