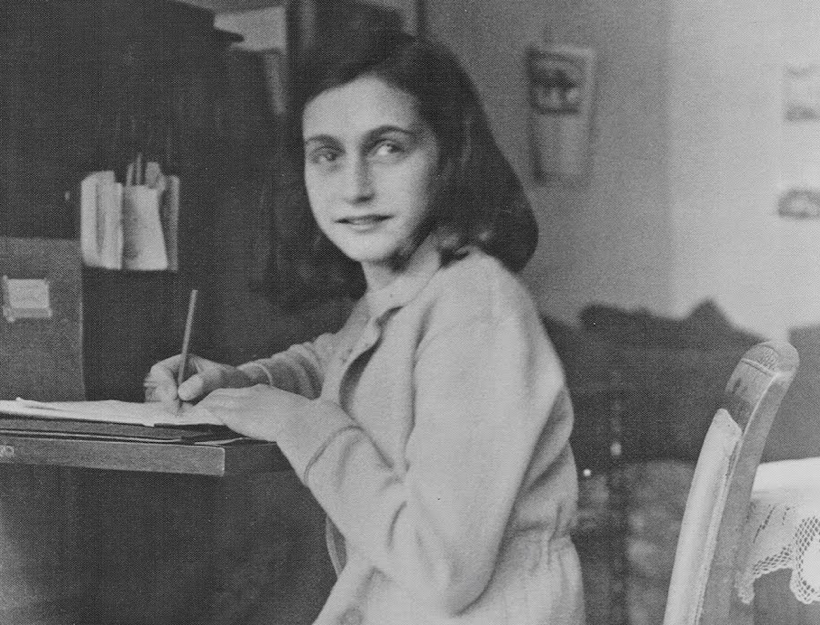 The Diary of a Young Girl by Anne Frank

Recently I’ve been listening to the unedited version of The Diary of Anne Frank read by Helena Bonham Carter for the 70th anniversary of the book which was released in 2012.

When this commemorative version of Anne’s diary was released, Meryl Steep also recorded “a moving video message, sharing with viewers how Anne Frank’s values have shaped her own, including holding on to hope when the world has entered dark times“, which we’ve included here:

Tens of millions have read The Diary of a Young Girl since it was first published in 1947 and it has been translated into more than 60 languages!

What is it that is so compelling about the diary of a young girl, written between her 13th birthday and when she was arrested with the rest of her family two years later?  This book is her very personal, deeply moving account account of what it was like to be literally hidden away in a secret “annex” in her father’s office building in Amsterdam during the Nazi occupation of the early 1940’s. The Frank family lived in hiding from 1942 until 1944 when they were discovered, arrested and taken to prison. Except her father Otto, Anne and her family members who had been hiding, tragically died in concentration camps in 1945 just months before liberation.

Some of the themes that young Anne writes about during the two years she and her family hid from the Nazis during World War II bring to mind echoes of this year of global coronavirus related lockdowns and quarantines. Of course, the virulent threat from the German regime that causes the Frank family to go into hiding is far more sinister than anything we are experiencing here in the United States. And yet it is Anne’s incredible honesty and vulnerability that allows us to imagine on a very human level, her longing for freedom, for fresh air, and for the chance to fully embrace her potential.

“I must have something besides a husband and children, something that I can devote myself to! I want to go on living even after my death! And therefore I am grateful to God for giving me this gift, this possibility of developing myself and of writing, of expressing all that is in me.”

Most of us will thankfully never know the reality of being persecuted, of having to wear an identifiable mark (see below) on your outer garment and  or of living under the threat of being ripped away from all you know and sent to a concentration camp – all of your belongings confiscated – while those who dare resist are often killed on the spot.

According to the U.S. Holocaust Memorial Museum in Washington D.C., “Holocaust is a word of Greek origin meaning “sacrifice by fire.” The Nazis… believed that Germans were “racially superior” and that the Jews, deemed “inferior,” were an alien threat to the so-called German racial community. During the era of the Holocaust, German authorities also targeted other groups because of their perceived racial and biological inferiority:  Roma (Gypsies), people with disabilities, some of the Slavic peoples (Poles, Russians, and others), Soviet prisoners of war, and Black people. Other groups were persecuted on political, ideological, and behavioral grounds, among them Communists, Socialists, Jehovah’s Witnesses, and homosexuals.” 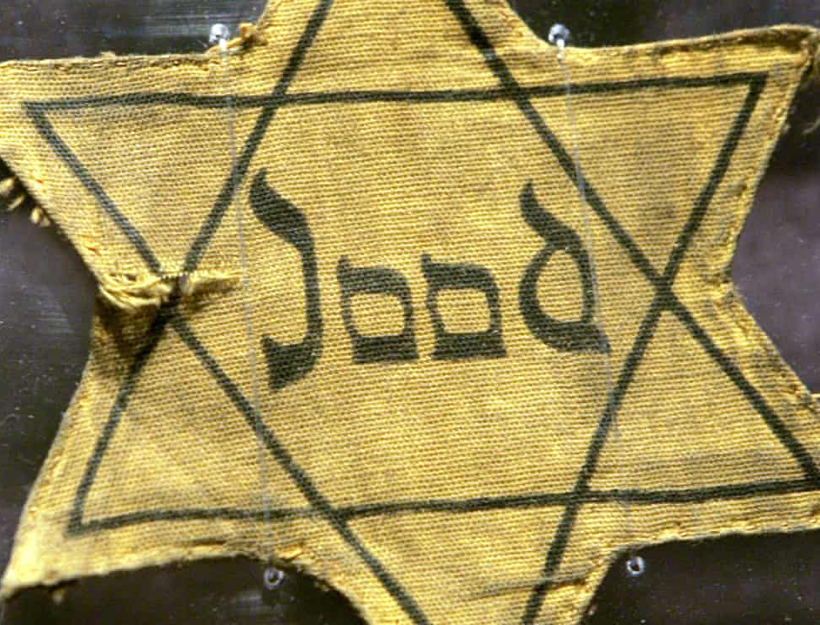 Anne’s diary was originally published by Anne’s Father Otto in 1947, the year his youngest daughter would have turned 18.

Her cousin Bernd Elias (Buddy), commented that, “when [he] knew Anne, she was a girl like every other girl.” And yet Anne was documenting her pre-teen and teenage thoughts and feelings against a backdrop of increasing horror. One heartbreaking story Anne relates is when Bep, one of the Dutch women who helps the hiding family in a myriad of ways, sees an older Jewish woman thrown half-naked and beaten on her doorstep. She has to deliberately suppress her human response to open her door and rescue the old woman, as doing so would lead to Bep’s own death.

“Hatred, of course, and racism are still working away all over the world. They are with us. It is so important that children learn to respect all religions and all nationalities.” Bernd Elias’ words ring especially true when considering current situations where some groups around the world are being persecuted, eradicated, and imprisoned for their religious beliefs and cultural identity.

Hearing Anne’s adolescent concerns and longings in the midst of bombings and the daily disappearance of her fellow Jews in Amsterdam causes me to pause and reflect on where other young people in our world today are subjected to this type of injustice. In particular, this story causes me to think about the current plight of Uighur people that Julie Clark talked about in an article for Culture Honey.  It horrifies me to learn of the tactics that the government in China is using against this Muslim minority people form the Xinjiang region of northern China. And yet there are so many accounts surfacing of Uighurs that are being systematically persecuted, imprisoned, tortured, terrorized and yes, even killed. The government is destroying their places of worship and the social fabric that ties them together as families and communities.

Tragically, according to Amy Qin writing in the New York Times, “Nearly a half million children have been separated from their families and placed in boarding schools so far.” “State media and official documents describe us[ing] boarding schools as incubators of a new generation of Uighurs who are secular and more loyal to both the party and the nation.” 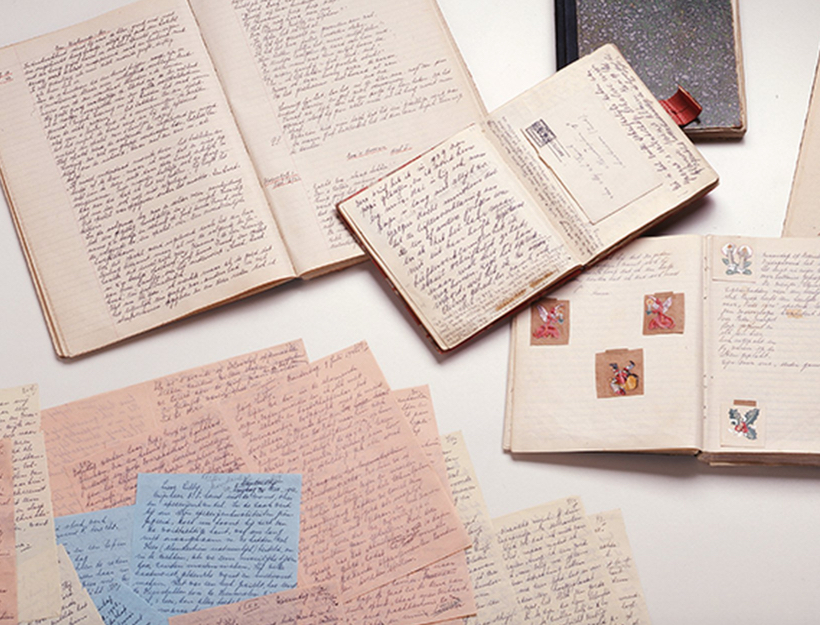 Thinking about the story of Anne Frank from the perspective of our global climate leads to a large question.

What can we do to ensure the millions of Uighurs detained and imprisoned by the Chinese government will not  suffer the fate of the millions of Jews, like Anne, who senselessly lost their lives?  This is something that Culture Honey founder Georgia Sanders examines in her new article, talking about raising awareness with calls/emails and boycotting certain products.

At one point Anne writes in her diary, “I have reached the point where I hardly care whether I live or die, the world will keep on turning without me, and I can’t do anything to change events anyway. I’ll just let matters take their course and concentrate on studying, and hope that everything will be alright in the end.” I can imagine those who created the strategy for the Uighur children covered in the New York Times article quoted above, wish that they would similarly fall into despair.

Many of us who becoming aware of the enormous violence being committed by the government of China in the Uighur community are struggling with a growing sense of powerlessness. The laws have become so draconian that Uighurs in China are being imprisoned for simply practicing their religion (see here). According to Amnesty International, those Uighurs living in the diaspora are also subjected to tactics of intimidation. However, it is important to remember Anne’s final entry in her beloved diary, “that in spite of everything I believe that people are good at heart.” Let us together see what love can do.
* 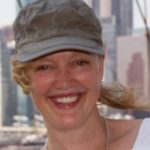