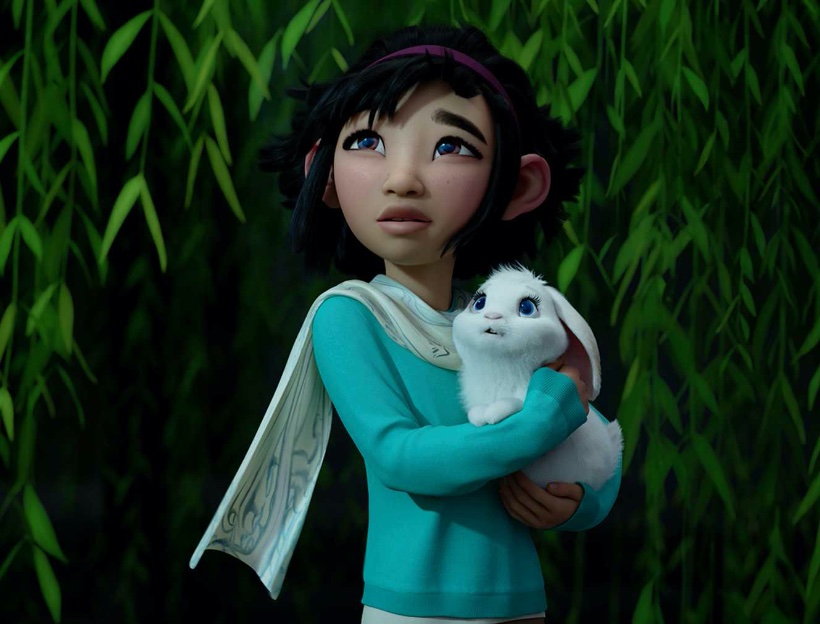 Over the Moon is the heartfelt tale of a young girl coming to terms with her mother’s death and the process of moving forward through her visit to the moon goddess Chang’e. Directed by Glen Keane, a character animator behind classics like The Little Mermaid, Aladdin and Tangled and co-directed by John Kahrs who has worked for Pixar and Disney on such films as A Bug’s Life, Ratatouille and Frozen, this film was sure to be a hit from the start. The film is also authentic in its portrayal of modern Chinese life since it was produced by Pearl Studio, a Chinese film production company in conjunction with Netflix Animation. With such amazing stars as Phillipa Soo (of Hamilton fame), Margaret Cho, Ken Jeong and John Cho providing voice acting for the film, Over the Moon is a true masterpiece on every level, one you are sure to want to watch again and again.

The story follows Fei Fei as she struggles to cope with the fact that her father is remarrying years after her mother’s passing. Since early childhood, Fei Fei loved the myth of Chang’e, the goddess who waits eternally on the moon for her long-lost love. Believing that if her father receives proof that Chang’e exists he will remain faithful forever to her mother, Fei Fei constructs a rocket to fly to the moon and find the goddess. With her faithful bunny Bungee in tow, Fei Fei sets off on an adventure that teaches her more than she ever expected to learn. 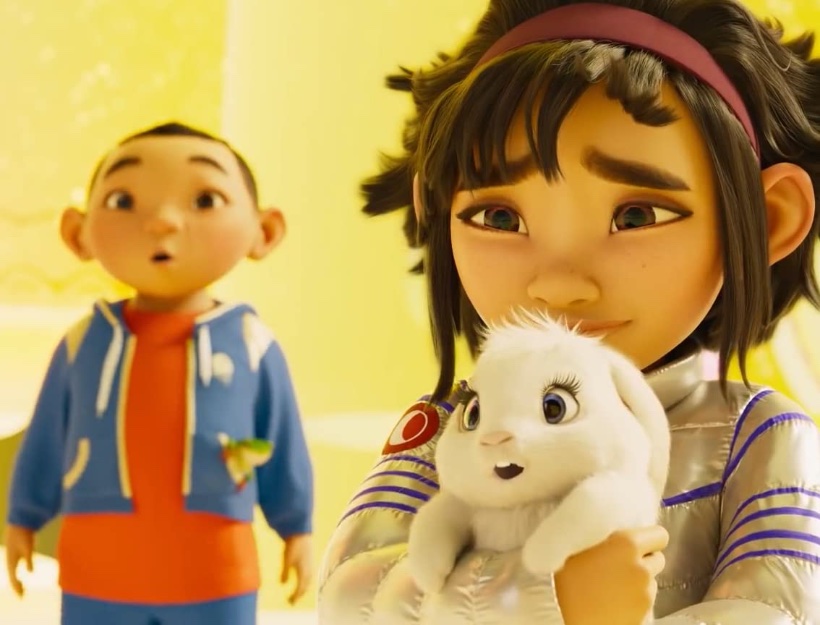 There have been countless children’s films over the years that have included children who are orphans or missing a parent. Most of the Disney princesses fall squarely into either category. But while in most cases the loss of a parent is part of the backstory, here it is front and center as the message of the entire movie: Those we love never fully leave us and life continues as we open ourselves to love again. And rather than the romantic love explored in so many stories, familial love is both what is lost and what is found. As someone who has experienced familial loss in the recent past, I found the film’s presentation of the process of grief and acceptance to be incredibly authentic and cathartic. Fei Fei’s loss is not glossed over with trite sayings or simplified as though a child audience could not understand it. Characters sit with their grief and validate each other’s struggles in a way that shows there is no easy answers when it comes to losing loved ones but it is possible to heal and find new love within your life.

The film is truly breathtaking from start to finish with animation that will make you want to linger upon each moment and songs that will stick with you long after the credits roll. Phillipa Soo’s “Ultraluminary” will get you hyped no matter how many times you put it on while Cathy Ang’s “Rocket to the Moon” and reprise will tug at your heartstrings in a way that causes you to cling to each and every word. Each song within the soundtrack is beautiful and well worth adding to your playlist. The fashion in the movie is another plus. Change’s outfits were envisioned by Chinese designer Guo Pei who designed Rihanna’s look for the 2015 Met Gala. Traditional Chinese royal garb as well as modern fashion trends are combined in the variety of looks the moon goddess wears throughout the film. Even the merchandise for the movie is adorable – Chang’e comes in her opening look from “Ultraluminary” (and sings) as well as her traditional royal robes while Fei Fei is available in her astronaut look with pangolin friend Gobi or in her regular outfit with her bunny Bungee and a box of mooncakes cradled in her hands. 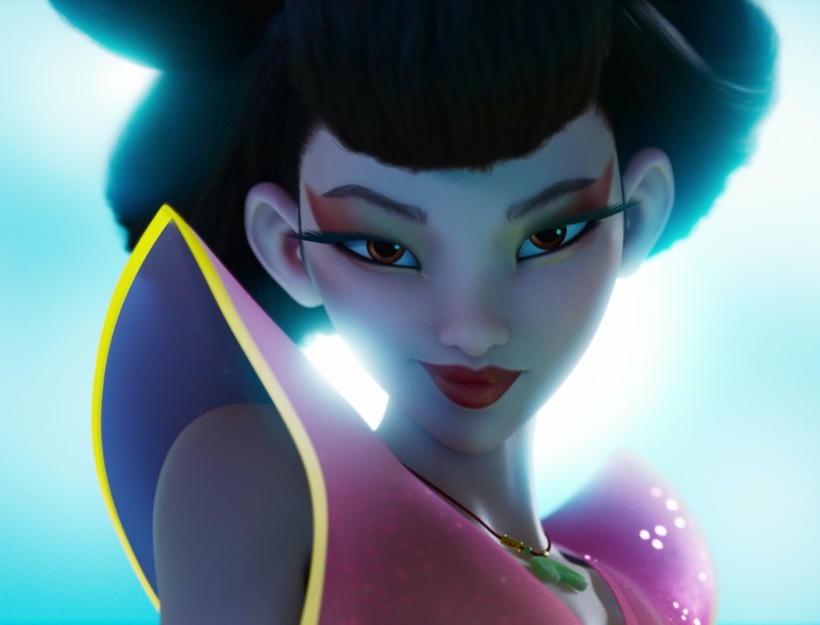 Over the Moon is a film with few flaws. The only moments I found myself dragged out of the narrative were during a handful of scenes involving some pointless space chickens and the jello pangolin Gobi. For me it felt as though the lines which fell flat were there for the sake of lowering the bar for humor since it’s a “kids’ movie”. Thankfully these moments were few and far between and may well appeal to others’ personal tastes outside my own. I’m glad to say that in almost every regard Over the Moon escapes the curse of low quality in the name of being marketed to children and is a film that can truly be enjoyed by all ages.

Whether you’re looking for a movie to watch with your kids, friends, significant other or by yourself, Over the Moon will deliver. It is a film that can be enjoyed on one level a a young age and on a completely different level as the viewer matures, the sort of film from childhood that holds up to rewatches years later. I myself have shed tears more than once when watching the story unfold or listening to the soundtrack. It’s the sort of story that sticks with you in the best sort of way. Be sure to give Over the Moon a try. It’s made by Netflix so it will be up there whenever you feel like checking out something new. I truly believe it will be an unforgettable, ultraluminary experience.
*