In a world inundated with cheesy, paint-by-numbers Christmas films on Netflix, Klaus stands above all the rabble as a truly excellent and heartfelt Christmas story. With a limited release in select theaters on November 8, 2019, Klaus showed up on Netflix on November 15 of that year and was quickly lauded by its viewers as a new Christmas classic. Considering that this claim would set the new film up against such titans of Christmas as It’s a Wonderful Life, A Christmas Story or Jingle All the Way (I kid on that last one), is Klaus able to hold its own amongst the rest? The answer is a resounding yes. Klaus is a story that can be enjoyed by all ages, with charming characters and a well-constructed story that will hold the attention of children and adults alike.

A particularly notable attribute of the film is its use of 2D animation, a technique that has fallen by the wayside as of late in the wake of the ease and cost-efficiency of 3D animation. What is truly remarkable about Klaus though is that instead of pitting 2D against 3D, the film utilizes both mediums, starting with 2D and converting the scenes into 3D renderings of what had been hand-drawn – a truly ground-breaking step for animation!

The film follows a young postman named Jesper as his spoiled behavior earns him a one-way trip to Smeerensburg, a desolate, frost-bitten village that he can only escape from if he successfully posts six thousand letters within the year. The catch? Everyone in Smeerensburg is embroiled in a brutal rivalry of warring clans that has gone on for generations. There’s not much of a desire  to pay for postage when you’re busy dueling with pitchforks in the town square. In his quest to somehow convince the citizens of Smeerensburg to send letters, Jesper runs into a mysterious bearded man within the forest. The rest, as they say, is Christmas history.

We’ve all heard tales of Old Saint Nick: how he rides on a sleigh pulled by flying reindeer through the night sky, delivering toys to all the good little boys and girls. But how did this come to be? How could Santa make enough toys for all the children of the world? How does he know if they’re naughty or nice? How do all of those presents get safely delivered? All these questions and more are answered with utterly delightful and whimsical solutions. This is a film that will have you laughing at all the perfectly-timed comedic beats while in more touching moments you just might find yourself tearing up a bit. I know I certainly did. 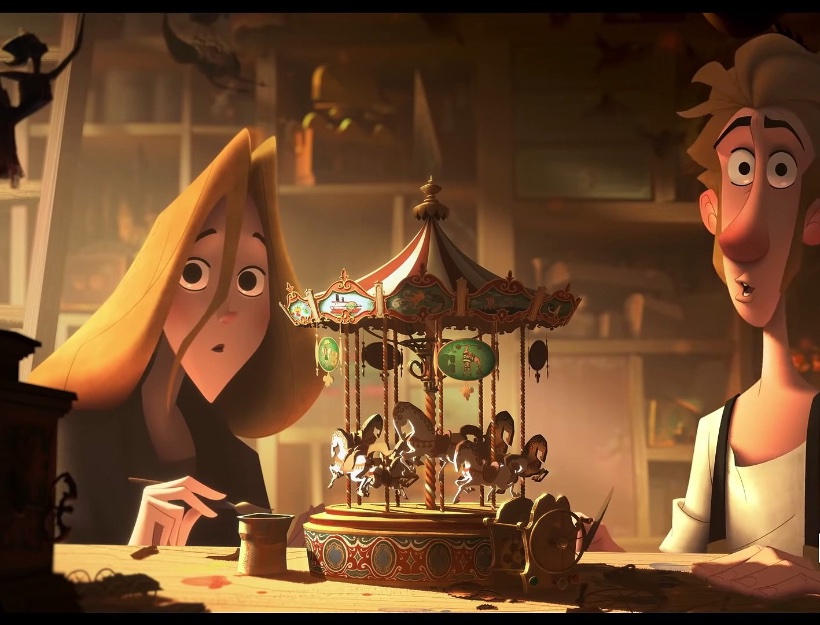 The true beauty of the film lies in its exploration of the transformative power of goodness. Not only do you get to see Jesper go from spoiled brat to dedicated postman, you get to see the entire town turn from belligerent, violent curmudgeons to thoughtful and loving neighbors. It’s uplifting to see the smallest acts of kindness blossom into so much more as each character becomes inspired to pay that kindness forward to others. While some Christmas movies tout a Christmas message to be good that reeks of cheesiness and self-righteous fantasies, in Klaus goodness is something that comes naturally to people, something that is to be shared and celebrated, and fills the film with the spirit of Christmas.

Klaus is not a story which pulls its punches. The characters experience loss, grief, and moments of despair and hopelessness. They are not cookie-cutter figures who exist simply to progress the plot. They are complex and flawed, reflecting humanity in a way that enables the audience to see part of themselves in each and every character and cheer for them to succeed even when their motives and actions may not be ideal. Rashida Jones as the ex-teacher turned unwilling fishmonger Alva and J.K. Simmons as the enigmatic gentle giant Klaus were personal favorites for me, delivering pathos and depth to all their moments on screen. The wonder of the film doesn’t end with them though. Every character, even the most minor cameo role, is given the chance to shine, keeping the audience captivated from the opening scene to the end credits. 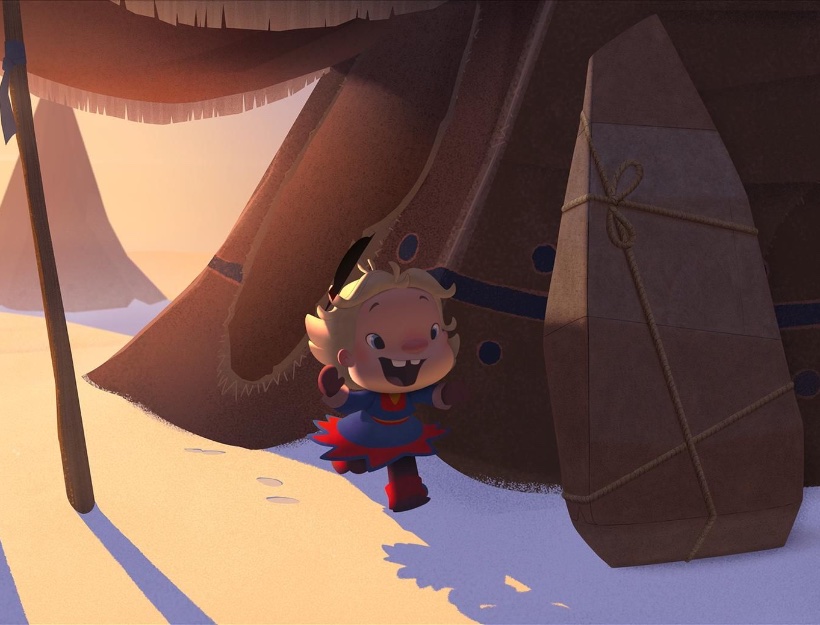 Christmas is a time full of so many traditions that it can seem impossible to add one more item to the already bursting agenda. Klaus, with its memorable characters, fantastic animation and bright, hopeful message is worth giving a watch to see if it will make your list. It’s a captivating film: amusing and easy to enjoy, yet earnest enough that the story will stay with you long after the movie has ended. So next time you find yourself looking for something to watch on a winter night, pop some popcorn, snuggle up in your favorite blanket and settle down to enjoy a truly magical story.
*