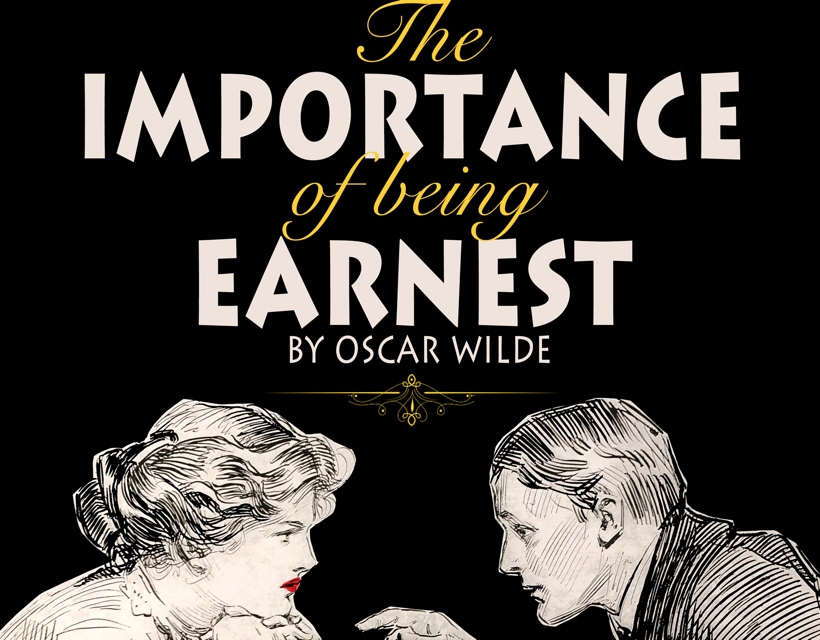 The Importance of Being Earnest

(Technically a play review, but it’s a review of the script, so ‘book’ makes more sense)

Simply put, The Importance of Being Ernest is brilliant.

There, that’s it. You can stop reading.

No, I would appreciate it if you continued.

Plays are often considered brilliant for their depth, their meaning, their portrayal of society. This story is brilliant for none of those things, though people could argue it has aspects of each.

The Importance of Being Ernest is trivial. According to Wilde himself, it is “exquisitely trivial”, and its philosophy is that “we should treat all the trivial things of life seriously, and all the serious things of life with sincere and studied triviality.”

It is a fun and simple read, designed with humorous intent and succeeding greatly. The story follows two characters, Jack and Algernon, both of whom are leading silly double lives which eventually catch up to them in the silliest of ways – they fall in love. Their double lives are nothing sinister (not like the plot line of The Picture of Dorian Gray, a much darker work which runs along, I suppose you could say, similar lines). Both characters claim to know someone who doesn’t exist in order to spend time away from the company they don’t particularly enjoy.

As far as its structure goes, it is a simple play, requiring little in the way of imagination, but allowing for much if the reader so chooses. Each of the three acts has an individual setting from which the characters come and go. There are few characters and it does not take long for the reader to commit to memory the names needed to follow the entirety of the play.

It can be read in an hour. In its initial reading, it is simply a jovial, almost slapstick, comedy. However, there are hints of deeper symbolism and meaning if one wishes to go there, and I’m sure further readings – or watchings, as it is a play – will potentially provide greater levels of enjoyment.

But it is meant to be trivial, it is meant to be frivolous, as Wilde himself stated in the quote above. It is fun and, at the time, was sorely needed in the British Isles. A Midsummer Night’s Dream was the play it most resonated with for many, and Britain had not had a play like that for some time.

Anyone who is familiar with that particular Shakespearian comedy will immediately recognise the similarity between the two. The dialogues of both are full of wit and absurdity. They both contain a lighthearted strangeness which allows the reader (or viewer) to just sit back and enjoy the bizarre world unfolding before them (though perhaps The Importance of Being Ernest is at a loss for its lack of humans with ass’s heads).

Where this particular play falls short is not in what it is or what it tries to be, but in its requirements for those experiencing it. Like any show of wit or slapstick, the right mood is required for the play to be properly enjoyed. Think The Pink Panther or Monty Python; both hilariously funny in the correct mood, but utterly disappointing if not. While there are deeper elements within the play, its wit and absurdity is what keeps it moving.

Backdrop to the Piece

The Importance of Being Ernest was written in three weeks during a family holiday and originally contained a much more complicated plot and an additional act. This act was then cut and the plot simplified before its first production. Whether this turned out to be the better decision or not, in Hesketh Pearson’s biography of Wilde published in 1946, the actor who played Algernon Moncrieff said he had acted in no play whose opening night was received with such success. It was a refreshing moment for British theatre.

I will not go too far into Wilde’s life in this piece. If you wish to learn more about him, I recommend you check out Culture Honey’s brief bio of his life. The year of The Importance of Being Ernest, however, was the peak of Wilde’s success during his life. It was also, sadly, the year of his steep downfall.

At the time in England, homosexuality was illegal, and when Wilde was discovered to have partaken in homosexual acts he was sentenced to two years hard labour. His health greatly deteriorated during those years and he died of cerebral meningitis in France three years after his release. A sad ending for a brilliant man.
*

Information regarding Wilde’s life and the critical reception of his work come from the introduction and appendix of the Methuen version of The Importance of Being Ernest by Oscar Wilde.

If you want to find out more about his brilliant and bizarre life, read the article on here about his life as it goes into somewhat more depth on this crucial moment in his career.