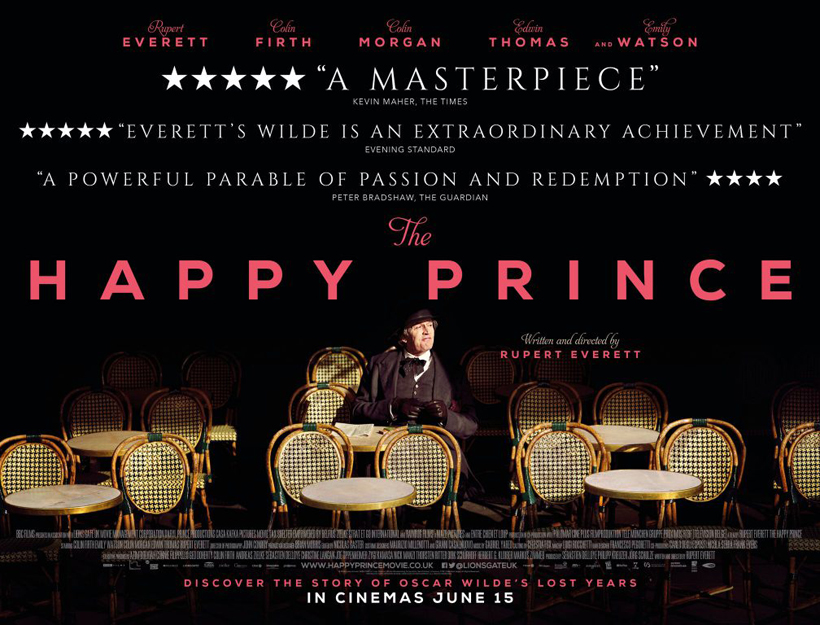 The movie begins with Wilde’s release from prison after serving two years hard labour for his ‘crimes’ of homosexuality. It then unpacks much of Wilde’s story through flashbacks, dream sequences, and actual events. Though the film does an excellent job of portraying Wilde and those in his life, an understanding of the man and his work and life is recommended in order to fully appreciate the intensity of the film.  The Happy Prince stars Rupert Everett, Colin Firth, Colin Morgan, Emily Watson, Edwin Thomas and Tom Wilkinson.

The Happy Prince – it shouldn’t need to be said – is not an easy film to watch. It is a tale of tragedy from start to finish and though there are moments of fun and humour, it is by no means a ‘feel-good’ movie. After being released from prison, Wilde moved to France where he spent the last few years of his life penniless and outcast, slowly dying from failing health caused by his stint in the bleak prisons of Britain. 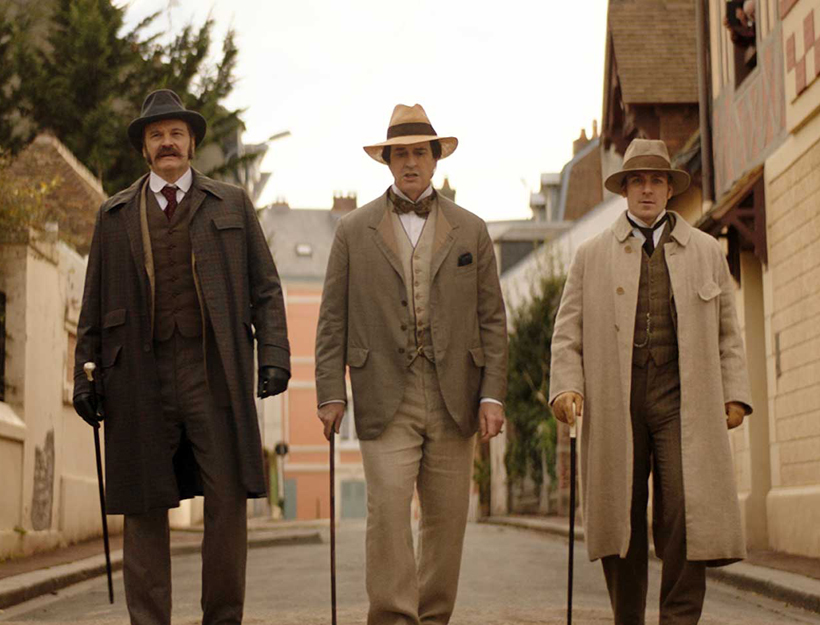 Film Review | The Happy Prince – or The End of Oscar Wilde

Through the movie we are introduced to Wilde’s friends and allies, including Robbie Ross, the man almost solely responsible for Wilde’s continued fame after death. Robbie fought to retrieve the legal rights to Wilde’s work after death and to stop the black market movement of his books. We are also briefly, though impactfully, introduced to Wilde’s wife and his two sons. Though Wilde never saw his wife after his move to France, she appears in flashbacks, dreams, and in scenes taking place in England. We are also introduced to Lord Alfred Douglas, the villain of the story and the man responsible for Wilde’s stint in prison. His relationship with Wilde continues after Wilde is released.

While Lord Alfred Douglas is the villain of the story, director, writer, and star of the movie Rupert Everett manages to produce a work wherein the viewer is not sure how to feel about Douglas. Pity and anger fluctuate as the viewer is shown Douglas’ own demons and his own issues. Overall, it can be said that the true villain of the story is not Douglas, not any one character, but society at the time; and each of the main characters portrayed are shown to be surviving as outcasts within the society as best they know how.

To produce a film such as this with honour and tact is no small feat and Everett does a wonderful job, especially given the freedom of the setting of a dream state that Wilde is in. Everett does not seek in this movie to glorify Wilde, nor does he seek to paint everything with a sombre brush. Despite its pseudo-factual nature – given that much of it is a dream/representation – the movie plays itself as a simple retelling of the untold years, heart-breaking and painful to see.

The pseudo-factual nature of much of the story can at times be slightly confusing for the viewer, who keeps wondering as to the reality of what happened to Wilde during his final years. However, John Cooper, member of the Oscar Wilde Society and writer of Oscar Wilde in America, best sums up the defense of Everett’s style by arguing that “if a casual viewer offers you the précis that the film is too dark and the narrative too confusing, remind them that in depression there is no colour, and in a dream there is no timeline.”

Overarching the story is Wilde’s telling of his short story The Happy Prince, a melancholic tale which turns almost autobiographical when told in this manner. The telling of this story further helps to ground the movie’s moments of fiction and allows the viewer to keep track of the changes in reality and chronology.

The Importance of The Happy Prince

The Happy Prince is not an easy film to watch, nor is it particularly enjoyable in the traditional sense of the term. Any viewer should expect to be drawn into the conflict, to feel a host of emotions as the movie goes on and different characters enter and leave. Having said this, The Happy Prince is a movie that should be watched.  It is a brutally honest account of not only Wilde’s tragic last years, but also of society at the time and the hatred and ostracization that any who were gay experienced. It is a poignant reminder of where we have come from and a heart-rending reminder of what we lost with the imprisonment and ultimate death of  Oscar Wilde.
* 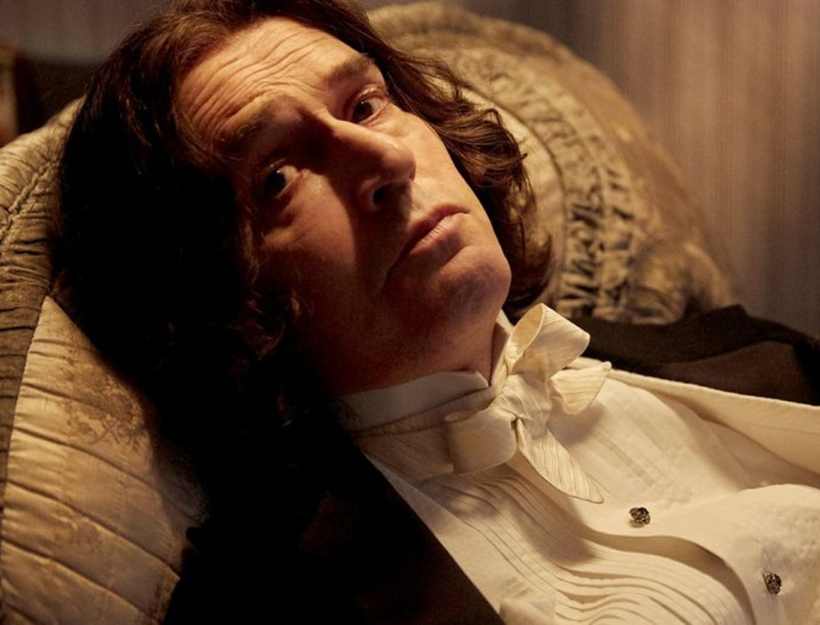 Film Review | The Happy Prince – or The End of Oscar Wilde

It is significant to point out that though The Happy Prince is an important film and one that should be watched, its R rating makes it a movie not to be watched lightly.