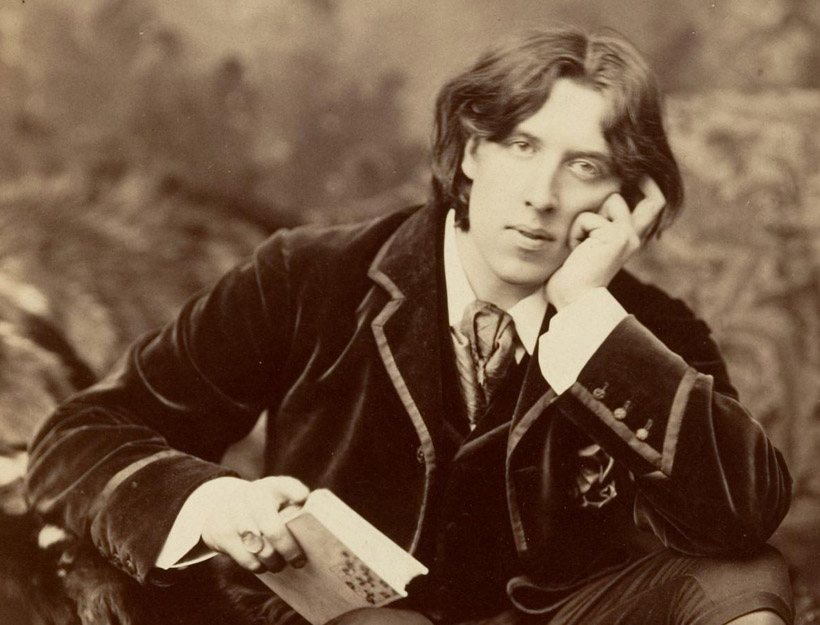 #Aestheticism: The Life of Oscar Wilde

While by no means exclusive to writers, nor universal to them – and without intending to paint a sombre brush over this article – it is strange that so many of the famous authors of the last couple hundred years have had rather tragic ends. F. Scott Fitzgerald died of a heart attack at 44, Hemingway shot himself, Dylan Thomas all but drank and ate himself to death, and the life of Oscar Wilde ended due to meningitis after spending time in prison.

Many of us, I know, dream of being famous and successful writers, but I wonder after researching these accounts whether it is better to be or to not be one of these cases (I thought about doing a silly Shakespeare-based pun given that he is one of the most famous writers around and his cause of death remains a mystery, but I figured it was more important I be Ernest).

… Sorry, couldn’t resist. Anyway, it makes no sense to start at the end. Let us now look at the glorious – albeit short -life of Oscar Wilde. Vive l’esthétisme.

Wilde began quite well-off. Born in Dublin to Sir William Wilde and Jane Wilde, herself a writer, Wilde attended Trinity College, Dublin and then Magdalen College (pronounced maud-lyn) at the University of Oxford.

It was here that Wilde began truly adopting the philosophy of aestheticism. Aestheticism, a branch of philosophy that explores and highlights the nature of beauty and our enjoyment of it, has had its definition moulded throughout its life. In Wilde’s day it enjoyed a particularly popular movement where its focus lay heavily on art for art’s sake, art as useless to the development of society. Wilde would appear at parties dressed, according to Adeline Hartcup – who wrote the introduction to Methuen’s publication of The Importance of Being Ernest – in “a braided velvet coat, knee-breeches, black silk stockings, and a pale green tie”. In his The Picture of Dorian Gray, Wilde emphasized his views on aestheticism through the multitude of discussions of art throughout the novel. But again, we get ahead of the story.

Oscar Wilde began his literary career writing poetry. His first poem, Ravenna, showed promise after it won the Newdigate Prize in 1878; however, his first book of poems published three years later was not well-received. Despite this lack of success, Oscar Wilde was still rather well-known, thanks largely to his upbringing and societal standing. In fact, the combination of his aesthetic focus, his upbringing, and his failed poems made him somewhat the laughingstock of high society.

He was not about to stop, however, and he continued to write, producing in the next eight years two plays, a series of essays, some fairy tales, and conducting a lecture tour in America and one in England. The plays were unsuccessful. The fairy tales were somewhat so. The essays were successful and so were the literary tours. As far as his public was concerned, Oscar Wilde was less a creative genius and more a brilliant essayist, writing on a variety of topics including his philosophy of aestheticism.

During this time he also married into quite wealthy circles and began building up his connections with fellow artists and aestheticists, something which would influence his life greatly as it would allow his creativity to be explored. It would grow his distaste for high society, and it would enable him to meet Lord Alfred Douglas. But again, we jump ahead.

At this point in his life, his career in fiction became somewhat stagnant. None of his plays had been received well and his poetry so far hadn’t taken well with the public. Then, in 1890, he published The Picture of Dorian Gray as a serialised work in Lippincott’s Magazine (it is published a year later as a full novel).

This got the public’s attention.

It was a scandalous piece of work at the time, morally corrupt and influential for all the wrong reasons. Or at least that’s what its critics said. This only fueled the fire, and its success was very much tied up with its scandalous nature. It was the book very much placed in the sock drawer, if you know what I mean. Everyone wanted to read it and Oscar Wilde became a household name, this time because of his work and not his attire.

Anything he wrote next attracted attention, and he published several collections of essays, some stories, and more plays. A Woman of No Importance, performed in 1893, was a success and continued Wilde’s literary acclaim. His essays continued to be largely on his philosophy of aestheticism, of which he had become over the years a growing vocal advocate.

Then came The Importance of Being Ernest and An Ideal Husband in 1895. Both were huge successes (though the former more so), and Wilde reached the pinnacle of his literary fame.

If we backtrack for a moment, several years prior to 1895, Wilde struck up a friendship with a Lord Alfred Douglas. Wilde began to grow more and more fond of Lord Douglas, and in the same year as his last two plays their friendship became public. Lord Douglas’ father didn’t like the two together, seeing them as closer than friends should be. He began to criticism the friendship publicly.

So Wilde sued for libel.

He abandoned the case shortly after, but not before evidence began to appear of Wilde’s homosexuality. Homosexuality was illegal at the time, and Wilde was arrested for partaking in ‘the love that dare not speak its name’. It took two trials, the first of which was Wilde’s trial for libel and within which Wilde could not be prosecuted. After this trial ended, Lord Douglas’ father took Wilde to court and it was here that Wilde was found guilty of homosexual acts and sentenced to two years hard labour.

It was a tragedy, and one wrought for no better reason than society’s homophobia. There are many alternate timelines to this story, possible what-ifs that could have occurred if life had played out differently. Had Wilde not sued for libel, perhaps he would not have gone to jail himself; if he had not brought his relationship public, perhaps he would not have needed to sue for libel; if he had fled to France like he was told after the verdict came in, perhaps he would have lived a longer, fuller life. The list can go on. But ultimately these are simply ways around the issue, for the true tragedy here is not that he went to jail, but that he went to jail because he was gay, that he went to jail because it was a crime for a man to love another man.

The second tragedy here is that prison was not kind to Wilde. When he left he was bankrupt and in very bad physical health. He moved to France and in 1898 published his best-known poem, The Ballad of Reading Gaol, a poetic account of his time behind bars.

In 1900, he died of cerebral meningitis.

Oscar Wilde’s life was a scandal. Many of his works were a scandal. In some senses his brilliance was recognised during his life, but it wasn’t until later that the true genius of his work was appreciated by society at large. His grave remains in Paris, France, where sits a memorial statue to him. Even his grave has been in the news several times for its controversy. But that’s a story for another time.
*