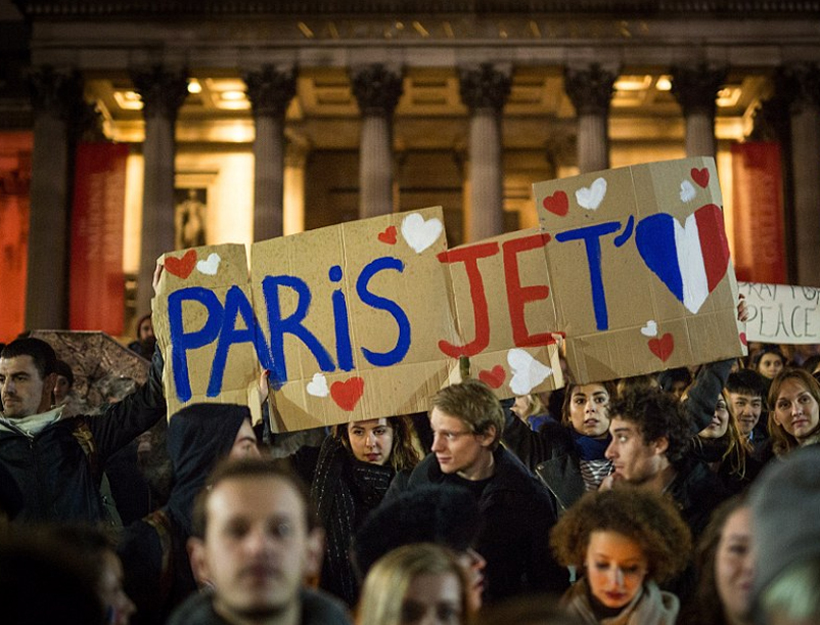 On Saturday night, thousands gathered outside Trafalgar Square as they did after the Charlie Hebdo attack to show their support for the victims of the attacks which occurred in Paris on Friday night.

Throughout London this week to come, many people will be banding together in support for one another as we learn more about the attacks and what will happen next.

The air is sombre here, a mix of sadness and fear. “An act of war” is what President Hollande of France is calling this, and the sentiment seems to be going around. Many people are posting many things and nobody is quite sure what action to take next.

It seems there isn’t much to say here that hasn’t already been said somewhere else, and it seems wrong to talk about much else in the form of things to do this week or quirky, cultural aspects of London, so I will keep this brief and simply say one more thing.

And don’t let it blind us to atrocities that are happening in the rest of the world. Let us join forces with those in Beirut and elsewhere as we figure out a way forward out of this hatred.
*