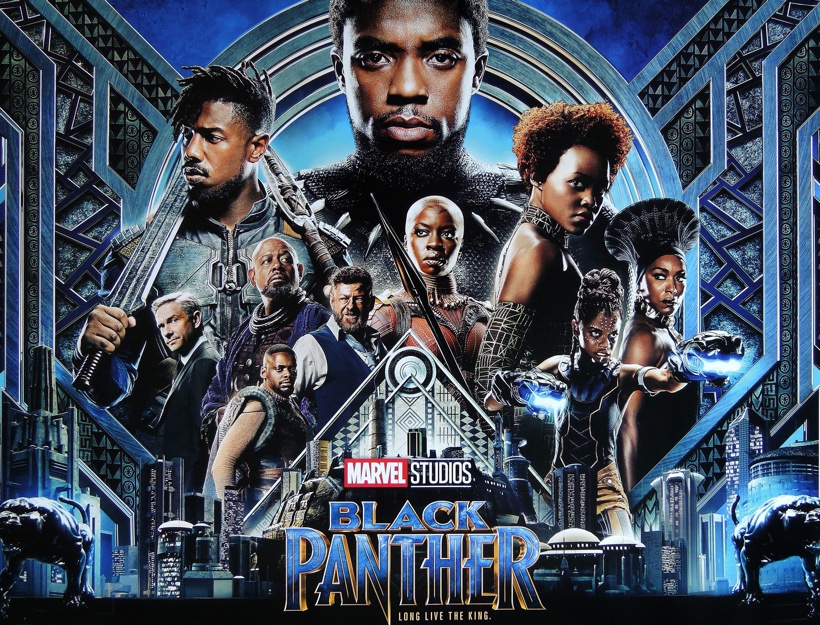 #WAKANADAFOREVER is the hashtag the audience left the movie theaters with after seeing the new Marvel Studios blockbuster film Black Panther. Directed by Ryan Coogler with an an all-star cast consisting of Chadwick Boseman, Lupita Nyong’o, Angela Bassett, Danai Gurira, Letitia Wright, Daniel Kaluuya, Forest Whitaker, and Michael B. Jordan, Black Panther has not only pushed the culture of black film forward, but also used its platform to address social issues that are currently taking place within the black community.

Let’s start with the movie title, Black Panther, which historically was the name for the revolutionary socialist organization founded by Bobby Seale and Huey Newton in October 1966. For the Black community, the Black Panther Party (BPP) was an organization that was dedicated to taking care of their own communities and fighting for justice. The BPP was viewed as a positive organization for the black community, but to other parties the BPP was considered a violent and radical group. So even using the phrase “Black Panther” can be alarming for more conservative parties, let alone using it as a title for a commercial film from Disney and Marvel, which have become the largest studios in the industry after their merger.

Director Ryan Coogler did a great job of embodying African cultural roots and projecting those ideas onto the big screen. I was able to watch interviews with the director and cast done for the promotion of the movie. One of the ideas Coogler wanted to make sure was clear was women’s empowerment. Coogler wanted to show his audience that black women are the backbone within the black community that hold everything together. Actresses Danai Gurira, Lupita Nyong’o, and Letitia Wright did a fantastic job in their roles to display the strength of women in lead roles in large production films.

Leaving the movie theater, not only did I feel proud to be black, but seeing my peers and the reactions of the audience and what the film meant to be black was an even greater feeling. Coogler and the cast really wanted to display a new sense of black pride throughout the film. Black Panther highlights the conversation within the black community about the relationship between African-Americans and the native African people. Being born and raised in the States, we hear rumors about how African-Americans are not welcomed in Africa, but that is a false idea. The motherland embraces us with open arms because we are considered family. Coogler did a great job of discussing that topic on film and showing how there is no separation between African-Americans and native Africans.

Black Panther is predicted to gross over $200 million at the box office and has already made $25.2 million in its Thursday midnight release, which is the second biggest Marvel Comic Universe Thursday preview ever. It’s great to see a film receive so much positivity, especially considering the debate that black films don’t do well at the box office. This film not only puts people of color in the forefront of cinema, but it also erases the theory that black films don’t do well in other markets.

Black Panther has already created a movement with the phrase “Wakanda Forever”, showing that black people can identify with and feel a sense of pride as well as include other comic book fans to be a part of something greater than ourselves. The response of other celebrities embracing the movie through buying out theaters for children to see the film, and black people wearing our African prints when attending the film has been inspiring to say the least. Chadwick Boseman gave a heartfelt interview with Sway Calloway in the morning, telling a story about two younger boys who were ill with terminal cancer and how they were trying to hold on for as long as they could so they could see the Black Panther film. Being able to inspire through art is what this is all about.

If you haven’t gotten a chance to see the film yet, I would say make some time to go see Black Panther, because it is LIT – in other words, you will not be disappointed!

One more overview video from PBS!