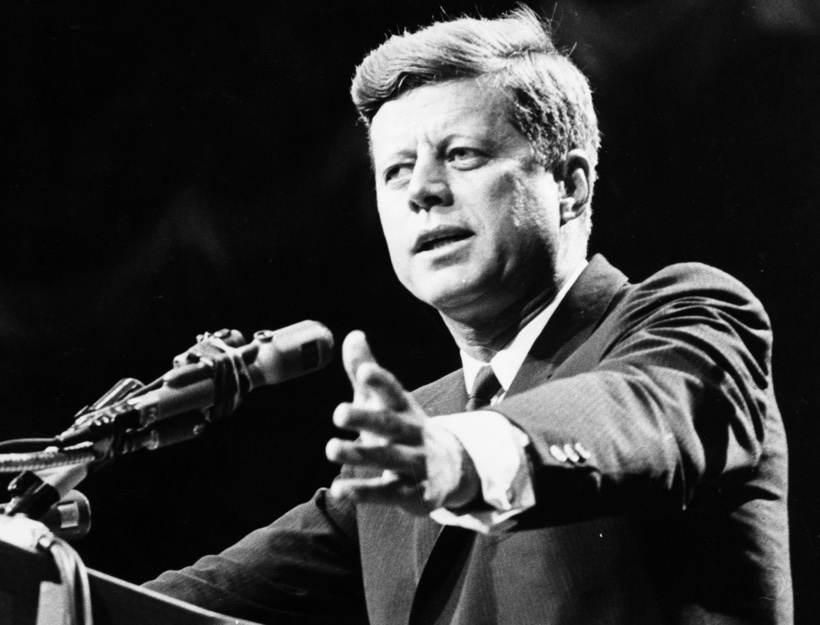 For many people in the younger generations, John F Kennedy is remembered for one moment in time: his death. But what was the life of this man like? What led him to become one of America’s most nationally beloved presidents? In JFK: The Making of a President, a 45 minute documentary available on Netflix, the life of John F Kennedy is observed. We see the different aspects of his life which made him such a charming figure in the public eye and enabled him to become America’s 35th president. 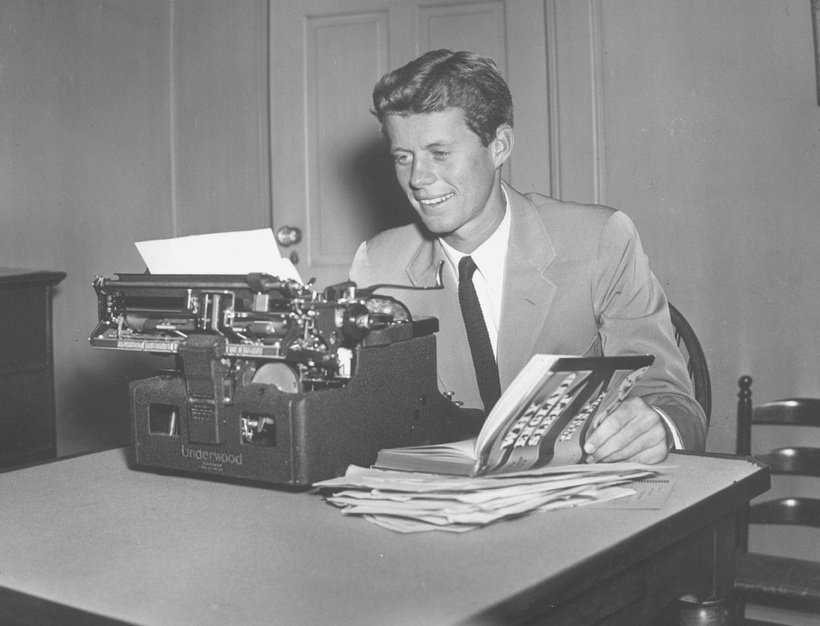 Due to his father’s position as U.S. ambassador to the United Kingdom, Jack Kennedy (more commonly known as John) had easy access to travel to Europe both for pleasure and for work he did with the embassy. While there, he was a witness to the rise of fascism and many of the events happening throughout WWII. John had not been a particularly determined student, letting his older brother take on the burden of bringing home straight A’s, but worldwide politics sparked his interest. The international stage excited him, especially the extensive use of propaganda as a means of establishing and maintaining Hitler’s regime. Traveling throughout Europe in order to do research for his final year thesis at Harvard, JFK delivered such compelling arguments that his dissertation went on to be published into a book in the summer of 1940. Why England Slept explored the reasons why Britain had been so slow in realizing Germany as a threat leading up to WWII. The book sold over 80,000 copies and established JFK as a man of letters and a true intellectual regarding the inner workings of world politics, a highly attractive quality for any leader to possess. 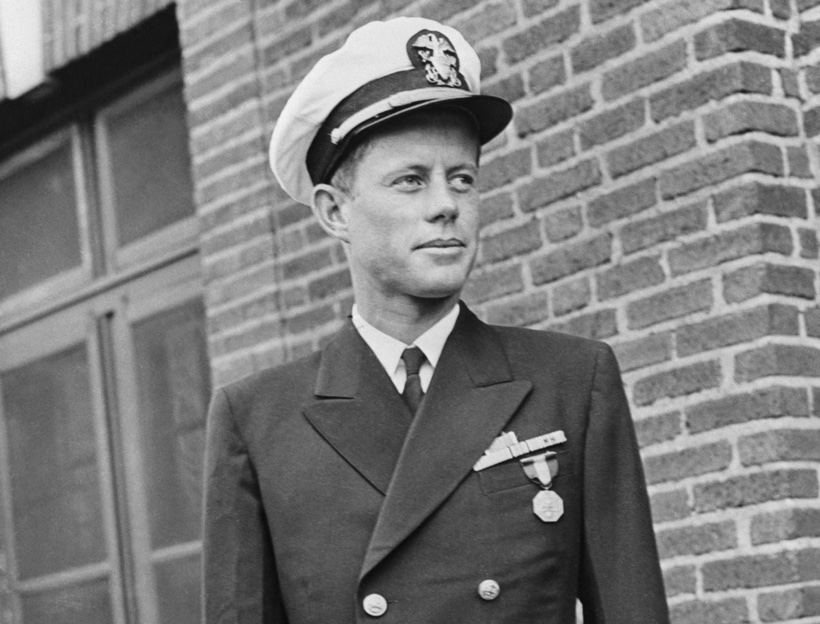 Eager to join the Armed Forces, John joined the Navy as an intelligence officer. While on a routine patrol in a Navy torpedo boat on August 1st, 1943, JFK’s boat was rammed and sliced in two by a Japanese destroyer ship. Many of the men onboard were killed instantly. In an act of heroism even more impressive considering his chronic ill health, John was able to rescue some of his crewmates. Using a belt clenched firmly between his teeth, he towed a man 3 1/2 miles to the nearest island. These heroics were published for all of America to read in The New Yorker and then again due to his father’s work behind the scenes in Reader’s Digest, establishing John as a war hero in the eyes of the American public, a man with both brains and brawn. 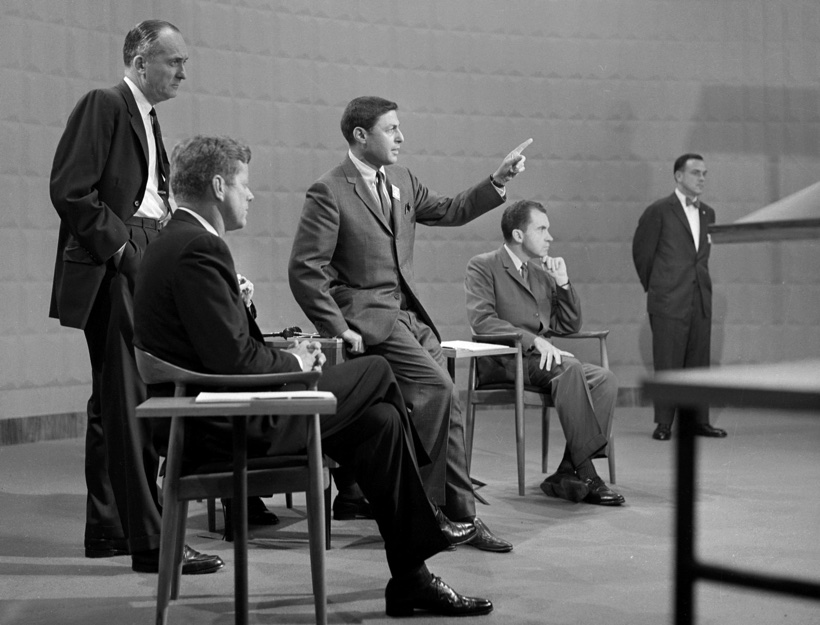 A surprising attribute of JFK’s success throughout his political career was his ability to be charming and the portrait of youthful vigor even amidst his lifelong struggles with poor health. This was due in large part to the fact that John and his father knew how to brand him as a man of the future, a forward thinker who would bring America into a brighter tomorrow. Instead of letting himself come across as weak or sickly, John projected a shyness and modesty that the American public found charming and approachable. He was able to communicate genuine compassion and thoughtfulness that went through the TV screens to touch the hearts of viewers. A key example of the brilliance of his campaigning was the series of televised debates JFK had with then-incumbent Vice President Richard M. Nixon. JFK, tanned and wearing makeup, came across as much more youthful and confident than Nixon, who looked “sort of older and crumpled” even though both men were similar ages. The overwhelming majority of people who watched the debates televised believed that Kennedy had clearly won, while people who had listened on the radio believed the debates had been a tie. As the world moved forward, Kennedy moved with it into the future. 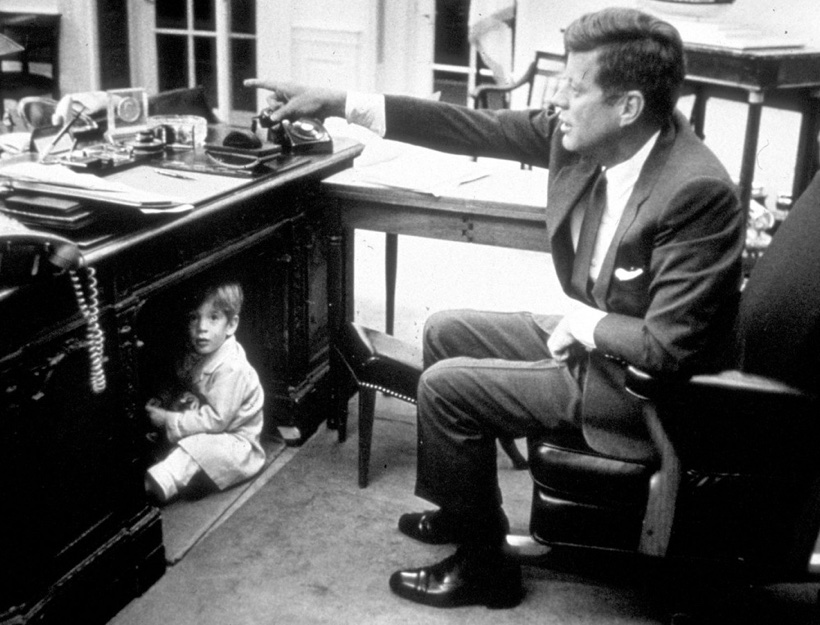 Joseph Senior, John’s father, was a prolifically conspicuous womanizer, making advances toward his own sons’ girlfriends when they were brought home. Thus it did not come as much of a surprise when John himself displayed the same traits as his father and was still unmarried at the age of 35. He was even known as the Senate’s “gay young bachelor”. Realizing that this was not the sort of image a serious presidential candidate could hold, JFK’s father pushed him to marry. Jackie Bouvier fit the bill perfectly, being the perfect political wife in intelligence, beauty, and charisma. While John may not have intended to ever marry, he realized the necessity of the matter for his political image. Finding the appropriate wife fell into the family priority of preserving the Kennedy family “brand”. This brand always exuded excellence and tradition in all things. On September 12, 1953 John and Jackie married. Throughout the mid and late 50s, many magazine covers featuring the couple were published even before his presidency, showing the key effect Jackie Kennedy had on his political career. 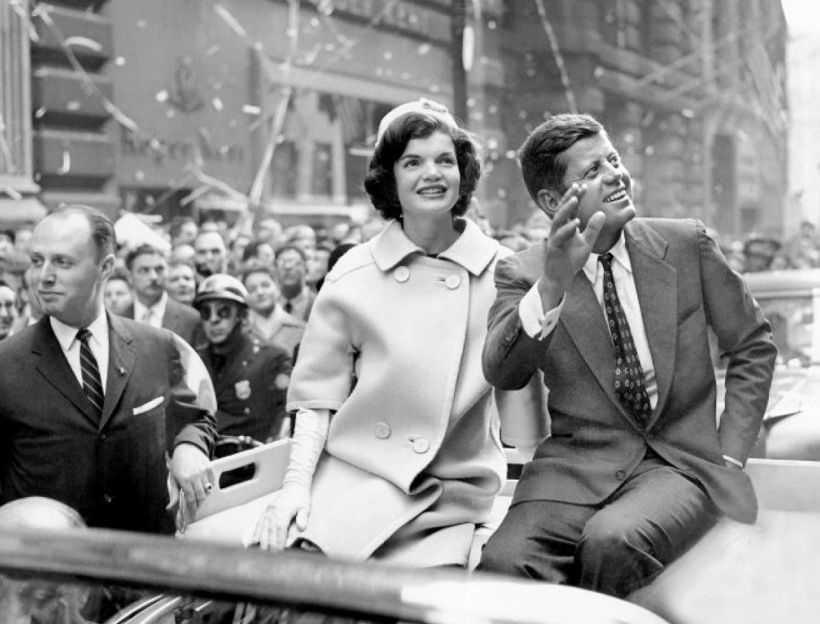 At its core, The Making of a President delivers one message loud and clear: Image is everything. From his school years up to the presidency itself, JFK was raised to be aware that the world was watching, and he behaved accordingly. While he was certainly not perfect, John had enough knowhow to recognize his talents and use his innate public relation skills to keep the focus of the public attention on those qualities. Coming from a wealthy background with a highly influential father certainly helped John succeed all the way to the presidency. However, I also believe this film did a good job of showing that politics is not all smoke and mirrors, but is rather the act of utilizing every opportunity that comes one’s way to the best possible advantage. One’s political image is not entirely accurate or perfectly true, but there must be a foundation that can be built upon to achieve success.

If you enjoy learning about history and the lives of prominent historical figures, JFK: The Making of a President is an enjoyable, informative documentary that is quite easy to watch. It is available on Netflix now, so be sure to check it out if you are interested!
*