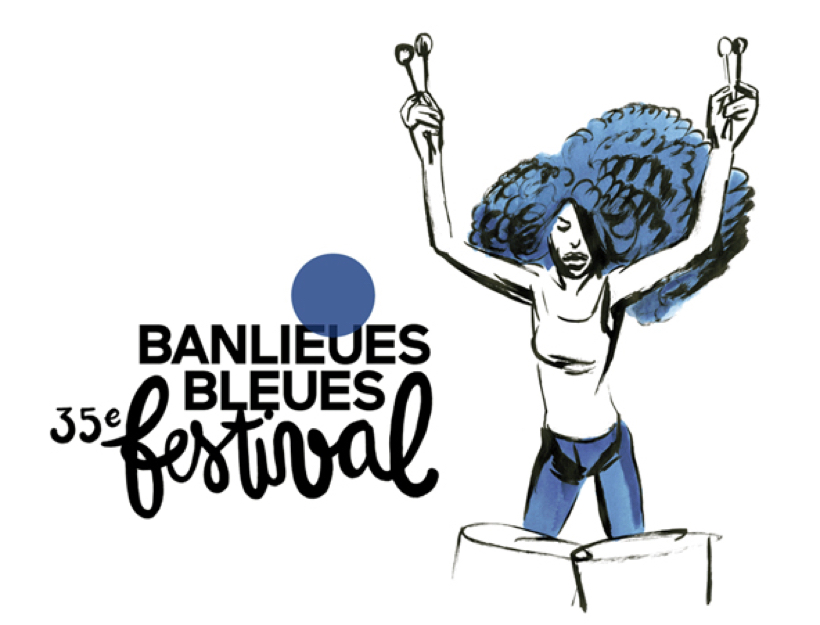 This past March 17th, a great night of jazz took place in the commune of Saint-Denis, Paris, France. Part of the Banlieues Bleues Festival, we were excited to see both Parisian Afropunk group Tshegue as well as Les Amazones D’Afrique perform. 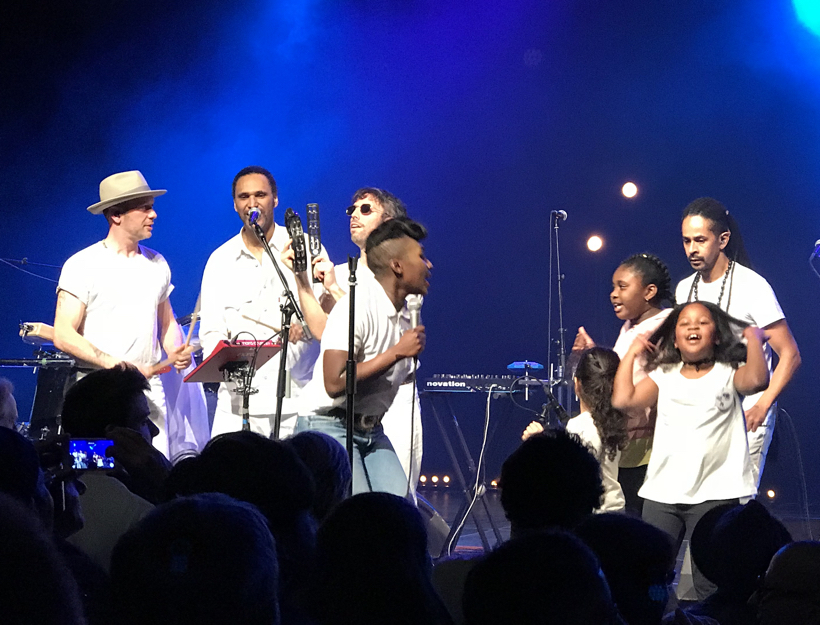 NPR’s Sidney Madden says of Tshegue’s debut EP Survivor, “The final song, “Muanapoto”, starts off with a simple, fast drumbeat but builds up over the course of four minutes into a controlled explosion of sound. Like a car chase in an action movie, “Muanapoto” is as exhilarating as it is unexpected — you’re not sure where the beat will take you next, but you already know you want to be along for the ride.”

The atmosphere was highly charged in anticipation when Tshegue took the stage. We were excited to experience the show and were NOT disappointed! With no less than four percussionists, high energy erupted with flavors from Africa, France and then some familiar notes of American punk and almost rockabilly – we definitely became fans of Tshegue that night! Toward the end of the set, little girls were invited out onto the stage to dance and have fun!

“Born in Kinshasa in the Democratic Republic of the Congo, Faty brings a powerful, worldly energy to her music and she sings with a refreshing passion.” For more about Tshegue and the band’s lead singer, Faty Sy Savanet, check out this article and video content from Vice online. 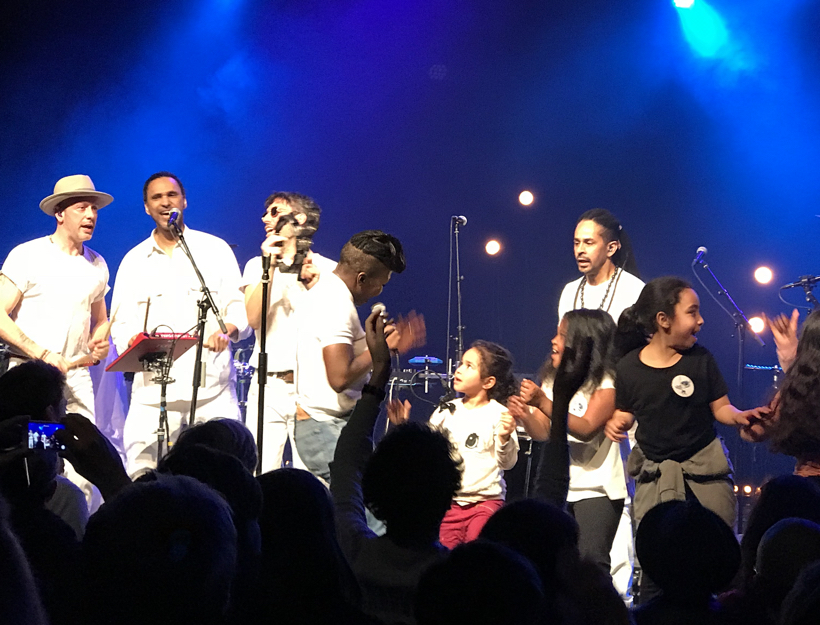 I hope Tshegue comes to the U.S. and Los Angeles. I would be excited to see them again and bring a carload of peeps with me!

The crowd that night was very multiethnic, with everyone having a great time dancing, clapping and engaging with the sound! 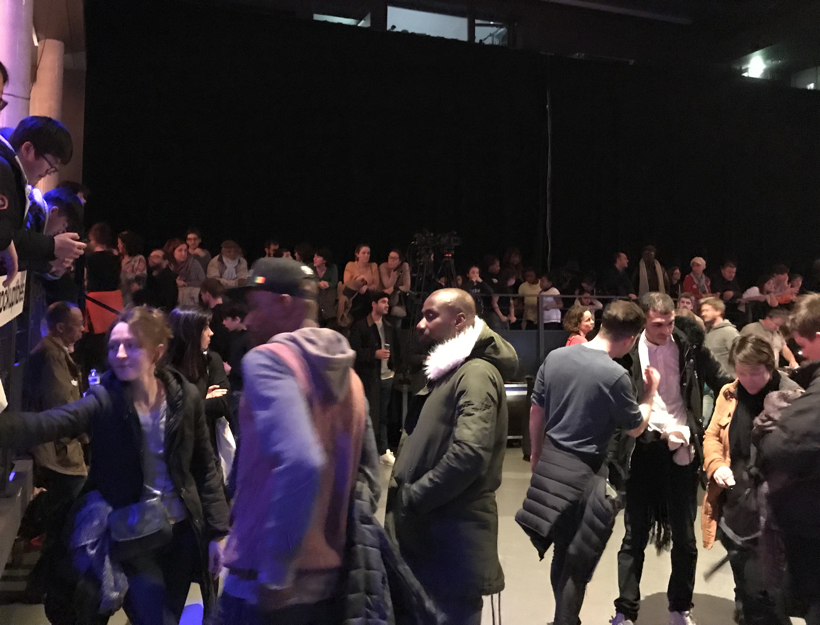 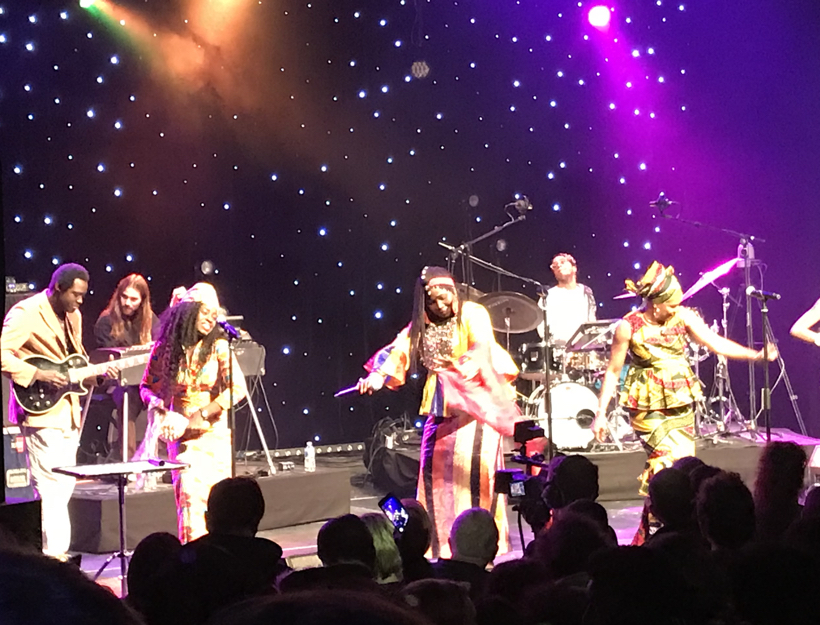 As the music began to play, the women singers came out one by one. Their colorful dresses and headwear made for an intriguing visual presence.

The women took turns taking the lead vocals. Not knowing anything about the group before we came, I felt like the sounds and rhythms were giving us a taste of Africa.

I was wondering when the rythms would kick into a faster beat and was not dissapointed at this next song.

Again from Real World Records, “Les Amazones d’Afrique as an outfit slot into a long tradition of West African female empowerment which extends beyond music. Women like Adelaide Smith Casely Hayford, known as the “African Victorian feminist” who set up a school for girls in Freetown, Sierra Leone, and Margaret Ekpo, Funmilayo Ransome-Kuti and Hajiya Gambo Sawaba, the unsung heroes of the 20th century independence and emancipation movement who were just as important to women’s rights progression in Nigeria as the suffragettes were in the UK, are not spoken about often enough outside of their home countries.”