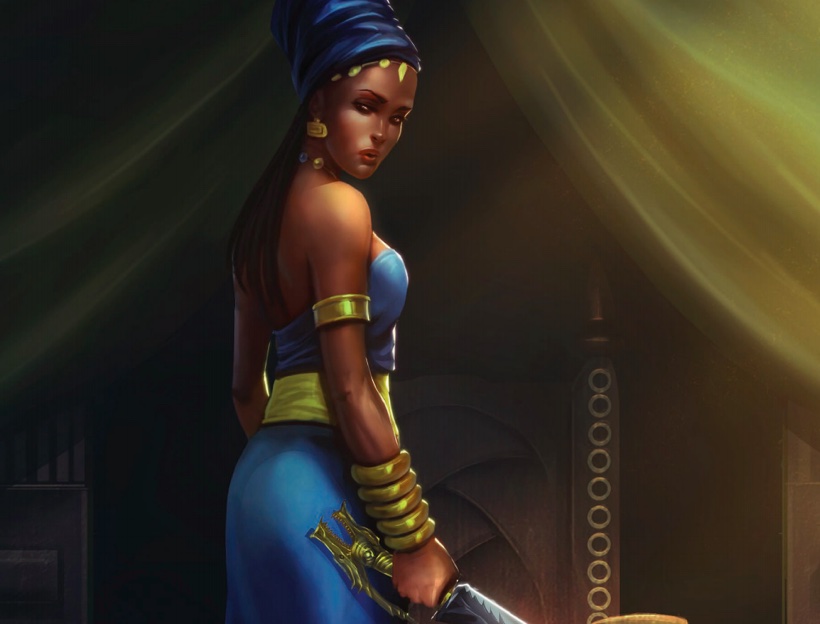 In the second part of the series bearing her name, we find the Great Unifier Malika, queen of the Azzazian Empire, facing a greater, more intimate threat that any she has before. Starting off immediately from where the story ended in Part One, we see everything that Malika has earned for herself in her years as queen ripped from her hands and the kingdom thrown into utter turmoil. Malika: Warrior Queen – Part Two doesn’t pull its punches as it brings its readers along to witness the darkest point in Malika’s life and what this legendary hero accomplished when all about her seemed lost. 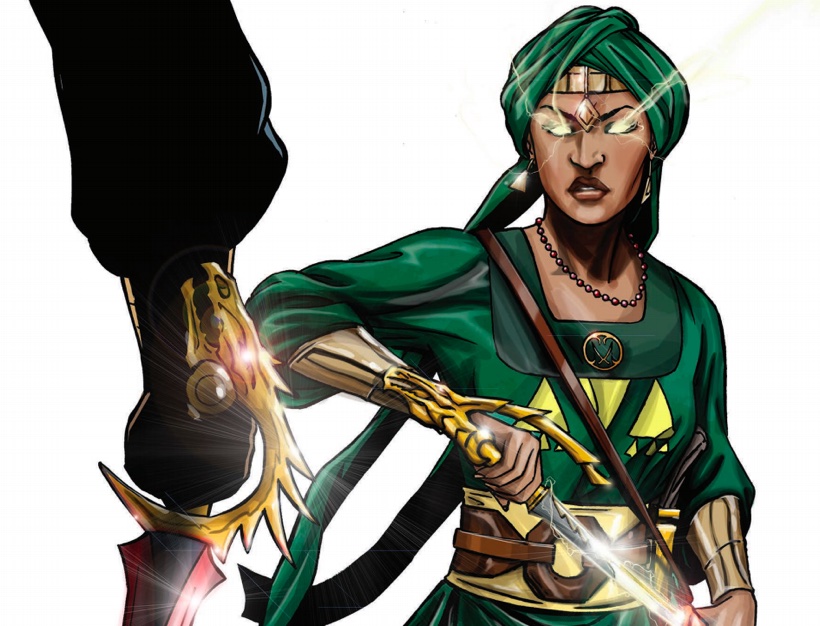 Reviewing Malika – Part 2 without spoilers is difficult, as in the very first pages of the book there is a huge twist that provides the core of the rest of the story. Suffice it to say that this was something I did not see coming, and the story continued to surprise me with misfortune striking Malika in ways I did not expect the narrative to subject her to. Just as in the last book, there is no rest for the one who sits on the throne. In a world rife with chaos, a ruler must constantly strive to bring order and justice to their land. Thus the main question of the narrative: what it means to be a ruler, continues. 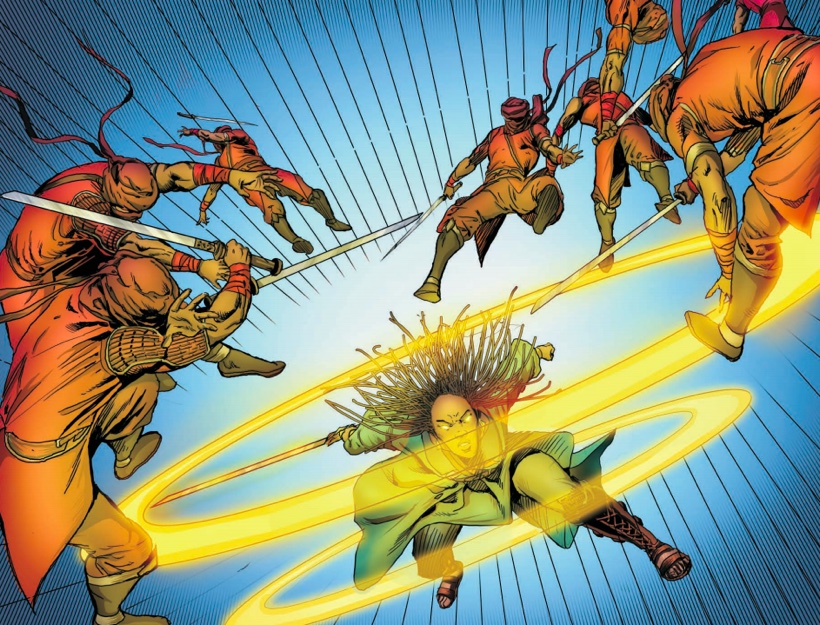 Whereas Book 1 provided practical answers to a leader’s role in society, Malika – Book 2 takes us into the mythic realm. We see the eternal struggle of good and evil, here characterized as the differences in ruling by respect versus conquering through fear. Dragon’s Doom and Dragon’s Destiny, the ancient magical blades, have been unearthed and are each wielded by their champion. While Malika fights to save her kingdom here and now, Oris and Useh, the magic beings who have imbued these blades with their power, continue their own eternal struggle between justice and wrath. The battle for Azzaz is only the current platform for their rivalry.

Along with its completion of her current story, Malika – Book 2 takes steps to integrate Malika and her history into the rest of the Youneek Youniverse. This feat, while challenging, is impressively done with characters born over 500 years apart being brought together into a greater overarching narrative. Not only are the current characters of the Youneek Universe brought together, there are also hints as to future characters who will further explain how everything and everyone in this extended universe is interconnected. 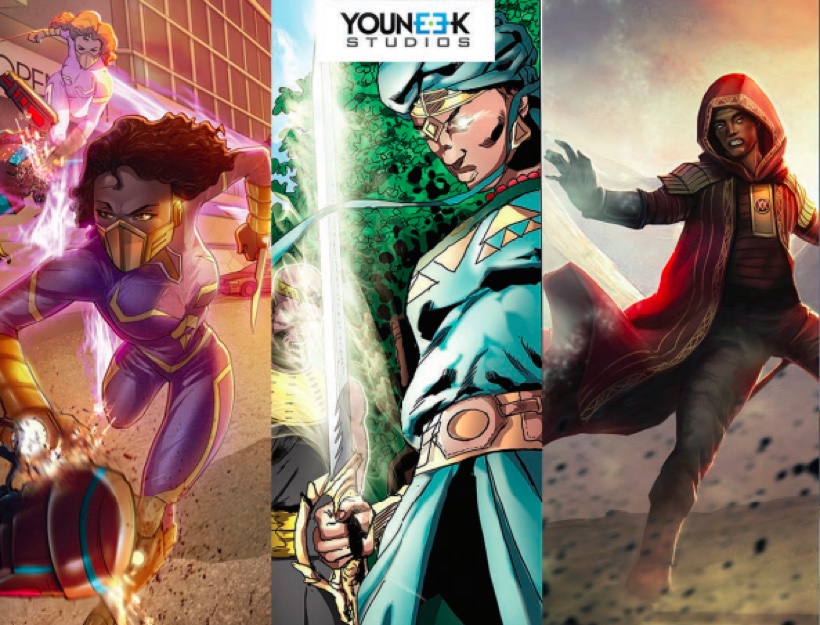 I believe that the Malika series, along with the other titles within the Youneek Youniverse, provide something to the graphic novel industry that comics fans have been seeking for a long time. With movies like Wonder Woman and Black Panther being such great successes, it is clear that readers want to see diverse, empowered characters with rich heritages. The Youneek Youniverse has all of these qualities. Its stories are innovative and unusual, but also draw on actual historical figures and cultures. Between each chapter, Malika explains where and how it pays homage to many pieces of history from throughout Africa. From the design of the Dragon Swords being drawn from the blade of the Flyssa to Malika herself finding inspiration in the historical queens Amina and Nzinga, the Youneek Youniverse is full of not only fantastical elements, but traditions from our own world as well.

Malika is the sort of tale that can be appreciated by a wide audience. An engaging tale of justice, bloodshed, wrath, and love, its mythic lessons of good and evil will echo true in many people’s hearts. Its serious subject manner makes it appealing to adult audiences, while its restrained use of violence and the relative absence of blood and gore make it appropriate for children as well. Book 2 took Malika to places I had never expected her to go, making me excited to see what will happen in her future and how her journey fits into the larger story of the Youneek Youniverse as a whole.
*

Malika: Warrior Queen Parts 1 and 2 can be found for sale on the YouNeek Studios website.