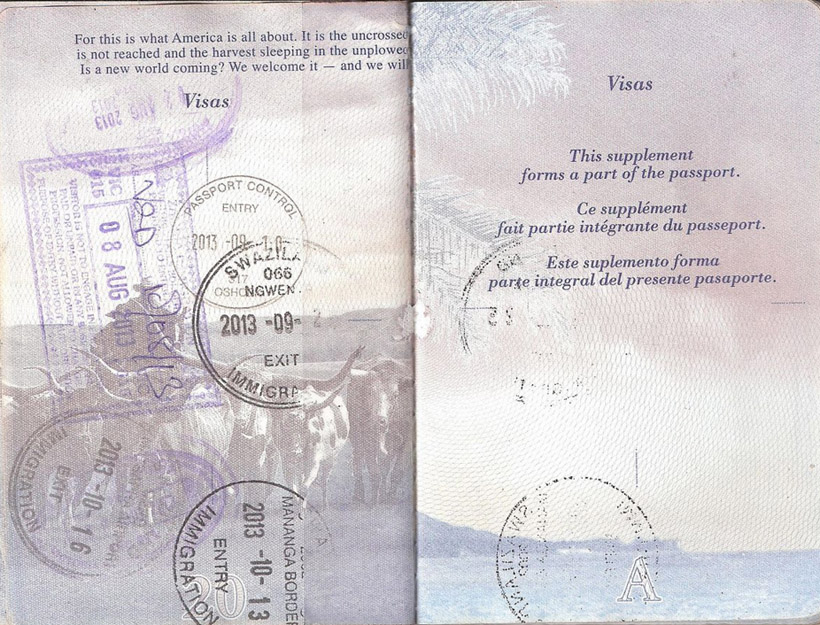 In Remembrance of a Passport

I got married five months ago, and since then I’ve worked on the process of changing my name. Just last week, I received my brand-new passport with my new name inside.

My husband brought the envelope in from the mailbox and handed it to me. We have a trip planned in December to celebrate his birthday, and getting a passport with my new legal name was the last step. My husband was excited, and so was I until I opened the envelope and brought out my new passport.

Its cover was stiff, its pages crisp and clean. It was ready for adventure.

I held my new passport, and I started crying.

I’ve had to get new passports before. It’s part of the Third Culture Kid (TCK) lifestyle. Each passport is a little summary of the places I’ve lived in, the sights I’ve seen. I can’t help but feel a little sad when I have to retire one passport in exchange for a new one, but I also can’t help but feel a little excited about where the new passport is destined to go. What new and glorious places will we visit together?

But with the arrival of this new passport, I am reminded that those adventures were part of my former life. I don’t doubt that my husband and I have many adventures together in our future, but these stamps were the adventures that had taught me about myself and my place in this world. So as I held my new passport with my new legal name, I cried. At the same time, I tried to reassure my bewildered husband that nothing was wrong. It was just the end of an era.

A week later, my old passport arrived with two holes punched in to render it useless. I flipped through its pages and began to read the names of the countries I had visited: Kazakhstan, Turkey, Malaysia, England, Jamaica, Germany, Morocco, and multiple stamps from Homeland Security received at the customs booths in airports across America with a “Welcome home” as my passport was handed back to me.

I looked through this little blue book with its stamps, stickers and scribbled signatures, and saw a paper version of me. Each of those stamps is a story; each visa an adventure. It is a summary of the last ten years of my life. Those years were a decade of self-discovery, of knowing myself and learning how to communicate who I was to the rest of the world. It was a time of building confidence in my identity and my beliefs.

I know that a passport is not me. I am more than any paper booklet. Yet my passport has always been with me. It represented me to so many customs officials and nations across the world.

But this old passport is just a chapter in my life. I have many chapters more to write. As C.S. Lewis said, I am part of the Great Story, “… which goes on forever: in which every chapter is better than the one before.”

So I’ll put away this retired booklet in favor of its new self. I’ll keep it in a box and look at it someday many years from now, and I’ll reminisce about those trips. But for now, I have a new passport with clean and empty pages, ready to be filled.
*