“Pantheon” is a Greek word meaning “a temple of all gods”. This has led to thousands of buildings with the name “pantheon” in several different cities around the world. The Paris Panthéon has evolved through five French ‘Republiques’ and is famous for more than its religious history. 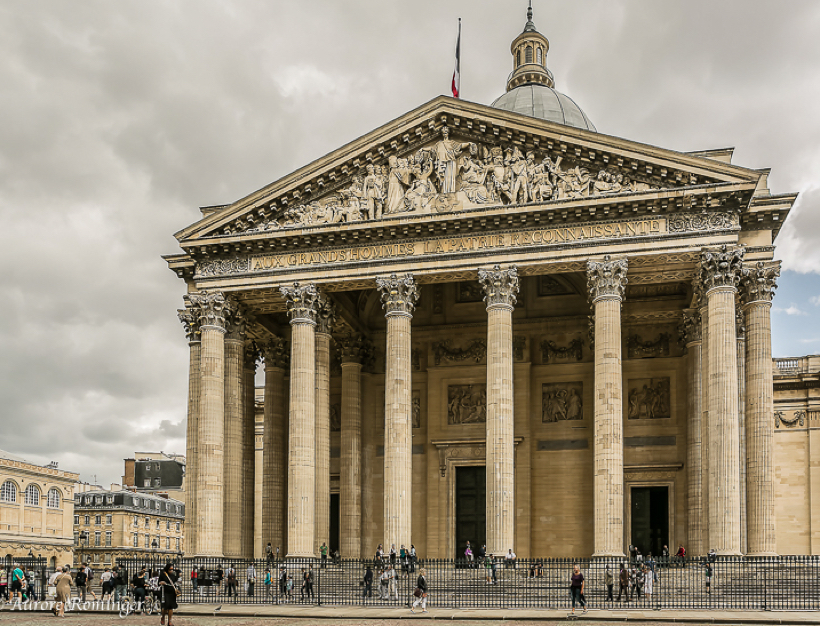 The overall design – originally for a church – comprises a Greek cross with a massive outer entry of Corinthian columns. Its ambitious lines demanded a vast building 110 meters (361 ft) long by 84 meters (275 ft) wide, and 83  meters (272 ft) high. No less vast is its crypt. Architect Soufflot’s masterstroke is concealed from casual view: it is the triple dome. Each shell is fitted within the others that, even so, permits a view through the circular opening (oculus) of the coffered inner dome. The innermost visible interior dome is frescoed by Antoine Gros with The Apotheosis of Saint Genevieve.

The foundations were laid in 1758, but due to economic problems work proceeded slowly. In 1780 Soufflot died and was replaced by his student, Jean-Baptiste Rondelet. The remodeled Abbey of St. Genevieve was finally completed in 1790, coinciding with the early stages of the French Revolution.

“Men of genius are meteors destined to burn to light their century.”~Napoleon Bonapart, 1769 – 1821

In 1851, physicist Léon Foucault demonstrated the rotation of the earth with an experiment conducted in the Paris Panthéon. 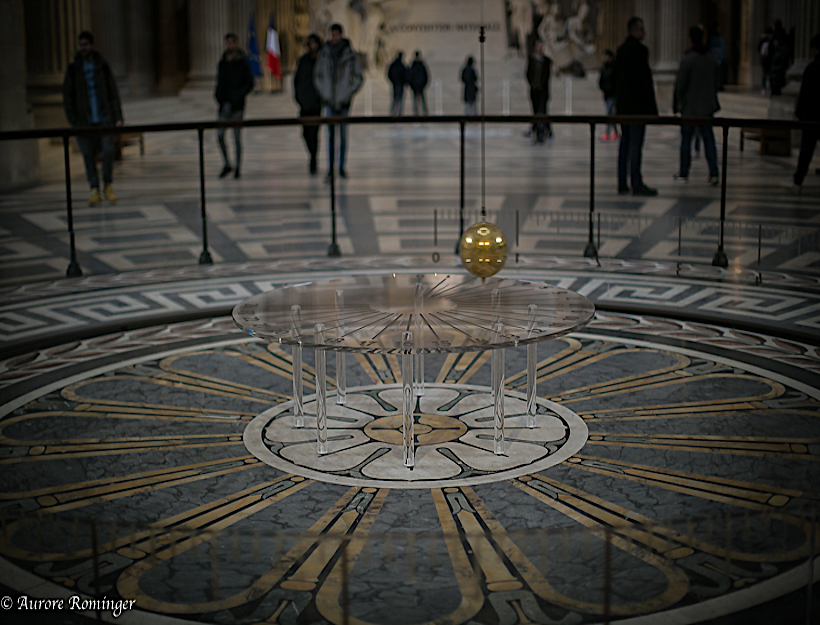 A working copy of physicist Léon Foucault’s pendulum that has been swinging since 1995 is displayed at the Panthéon while the original pendulum rests at the Musée des Arts et Métiers.

Foucault proved that the earth was in fact in rotation at all times by constructing a fixed 67-meter swinging lead that bobs beneath the central dome of the Pantheon.

The plane of the pendulum never changes, yet it seems to move with earth’s rotation. While I had come across converging opinions concerning the validity of this method, I found an explanation that made sense to my unscientific mind!

When in doubt, use science!

The motto above the monument’s door, “To great men, a grateful country”, bears the same sentiment as Napoleon’s notion, which in itself calls for  the question: “What about the great women ?” The discussion is well-addressed by The New York Times’ “At Resting Place for France’s ‘Great Men,’ Calls to Include More Women.“

Love soon will be in the air with Spring’s approach!
*