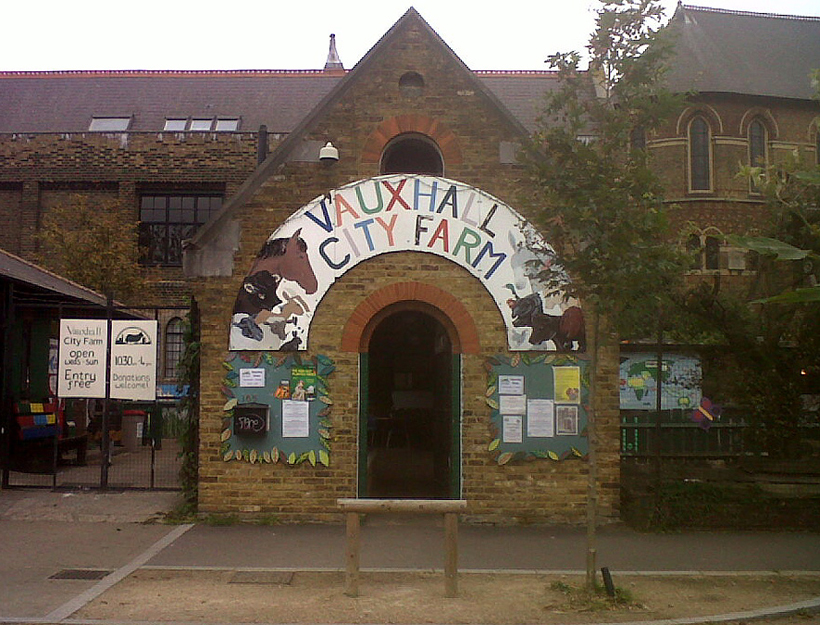 I love London. It is a great city. Sometimes though, even London can feel a bit too… well, London. It’s a city with a place for everyone, and where there is always something to do. Want to learn archery? Sure. How about hitting up the 50’s with some swing dancing? I could do that. Have you always been dying to learn how to prepare a good partridge? I know I have.

London has it all. But sometimes you just feel like your rural side has been a bit malnourished. Oh, the beckoning of the country…

You see, London has parks, glorious parks – Hyde Park is my personal favourite – and you can’t really go wrong by finding a nice, green, open space to relax in on one of London’s sunny days (however occasional they may be). Yet sometimes you need something more. Surely London doesn’t have any places with actual farm animals?

Actually, and rather surprisingly, it does. The Vauxhall City Farm was built to provide Londoners with that je ne sais quoi when the big city blues decide to hit.

Bizarrely built alongside the Pleasure Gardens near Vauxhall station, the Vauxhall City Farm is a charity which has a wide range of animals, including Edward the Pig, Trevor the Turkey, and Paprika the Guinea Pig. They also have an aviary with several different species of birds, as well as some stables with a few horses.

I assure you, this place is great. Humorous due to its random nature and strange setting, but great. Pop on over whenever you’re feeling the naturebug calling. We may be mostly street rats, but there is always a little country mouse inside somewhere.

Speaking of mice and rats, if you do go to the farm, say hi to Ruby and Sugar for me. They’re the farm’s resident Brown Rats.
*