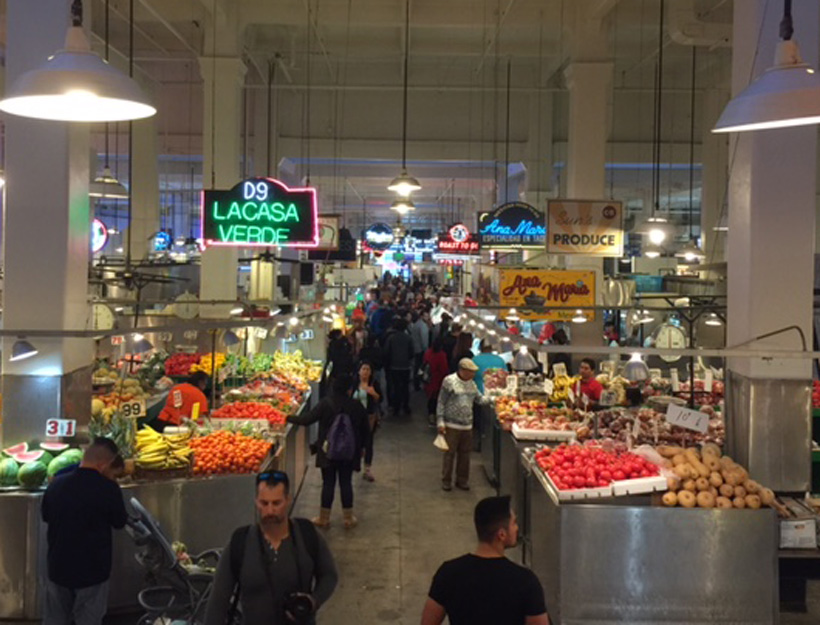 Sunday afternoons can be those special times during the week when many of us have the opportunity to SLOW the pace DOWN : )  What better way to relax than to explore an historic landmark market in our own city’s backyard!  If you live in or are visiting the L.A. area and love to try new food and local, cultural experiences, then I definitely recommend an afternoon at L.A.’s Grand Central Market! Getting there is easy with a metro stop just outside at Pershing Square, or if you are driving there are several parking lots on the surrounding streets. We paid $6 to park across the street on Broadway. 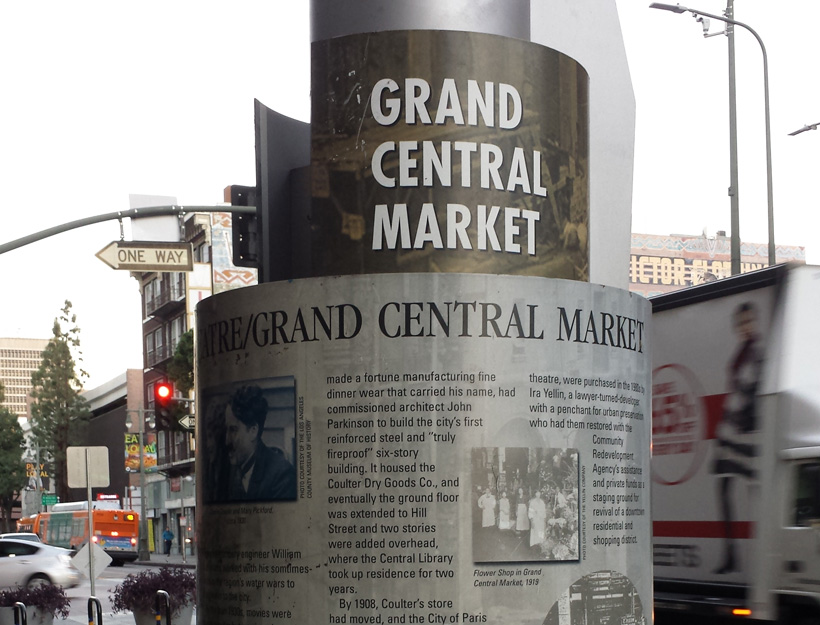 Opened in 1917, Grand Central Market in downtown L.A. has been in continuous operation ever since! Fast forward to 2015 when the word “hipsters” is passing into the memory banks (and means anything but hip any more), we’ll just say that the clientele this past Sunday was a mixture of locals and, well, L.A.’s uber cool set ; ) 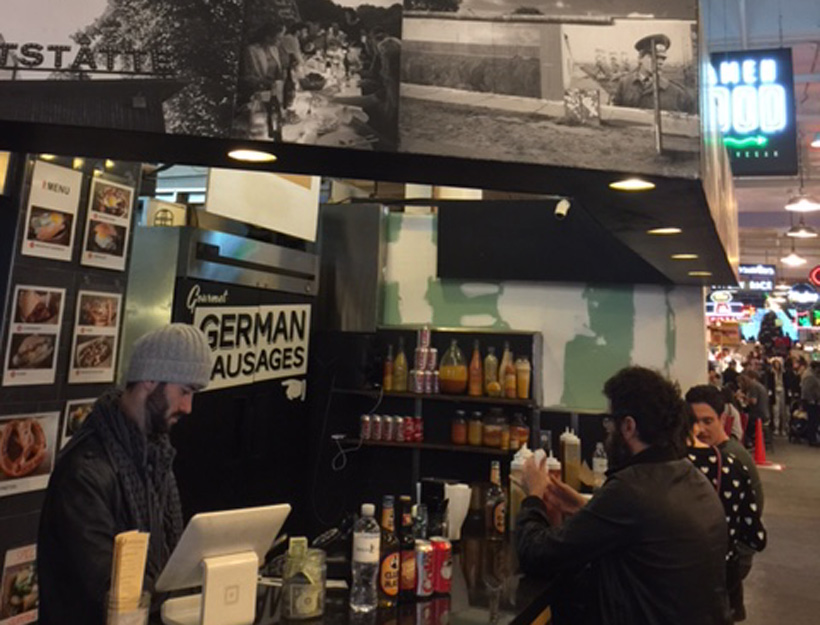 So many choices of food and drink, everything from Chinese food, Texas BBQ, Mexican Tacos, Thai food, etc. to fresh baked goods and seafood – there is something to please everyone! 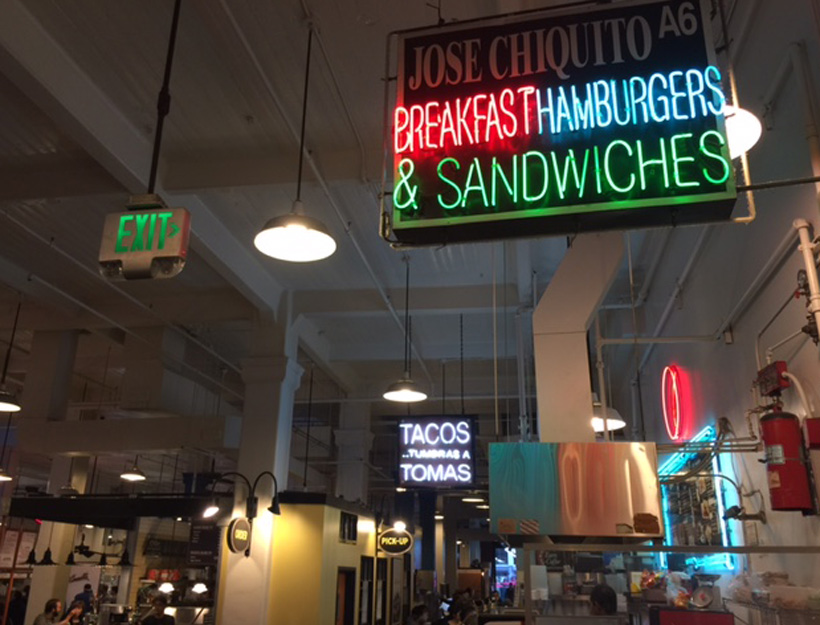 After a great lunch, how about a nice walk up Bunker Hill next to the iconic Angels Flight Railway? There is a great view and other rewards (including FREE exercise) at the top : ) 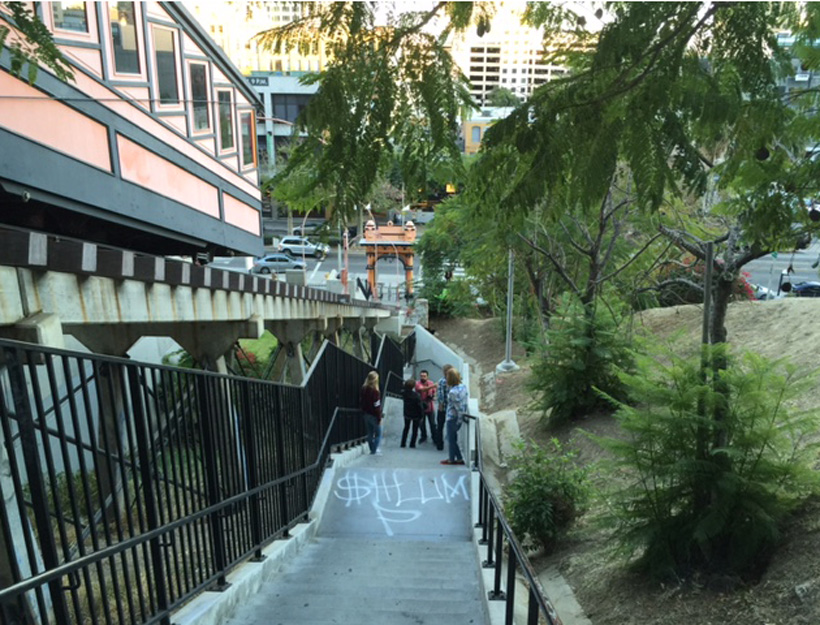 At the top of Angels Flight looking back toward the bottom of the hill toward Central Market. 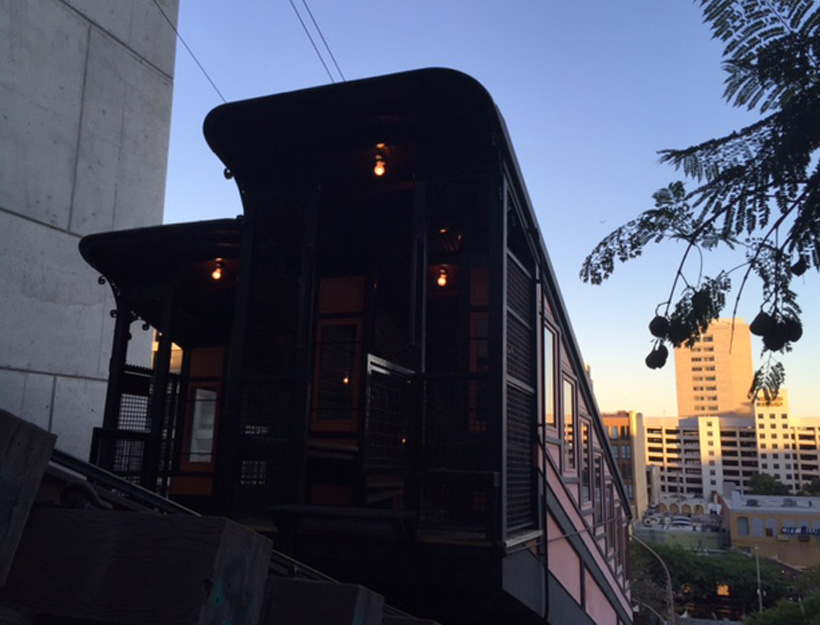 The actual “funicular” (short railway up a hill!!) has been closed for a bit, and an organization is raising money to reestablish it as well as to cover the costs of insurance at $50,000 a month – whew!  You can help support their restoration efforts by donating at a link below. 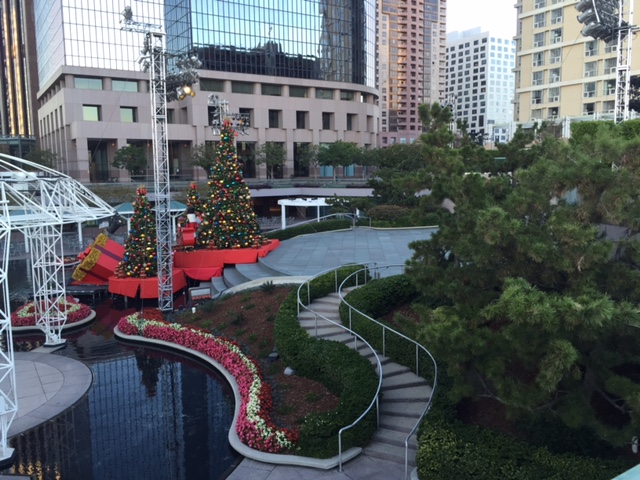 Another treat at the top of the hill is that you will find a pathway to California Plaza, which connects also to MOCA – L.A.’s Museum of Contemporary Art!  The walk is a link from the historic to the modern ~ literally! If you haven’t been to MOCA, I recommend it highly, and will certainly review it another time. 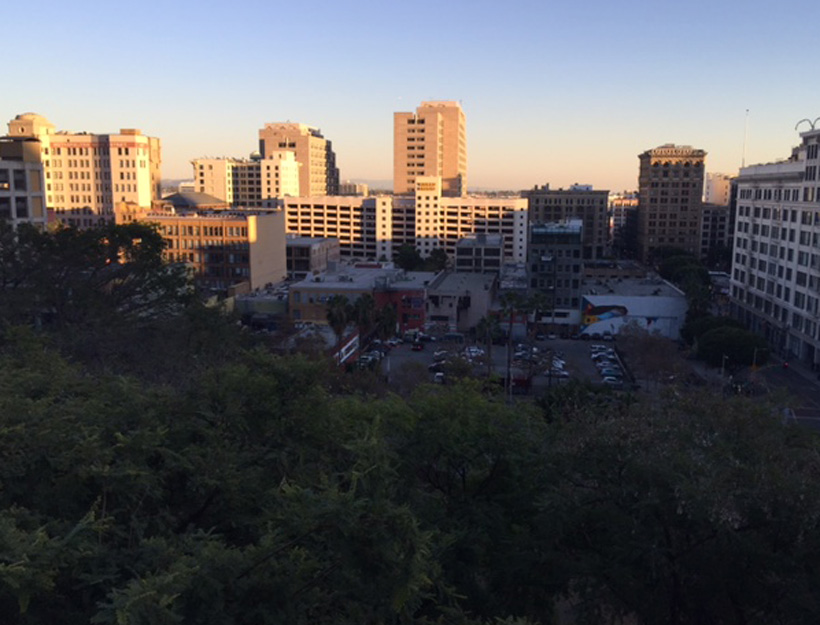 The view from the top of Bunker Hill is worth the climb, and the temperate California climate keeps the outdoor time comfortable year round! All in all a memorable day in downtown L.A.!
*