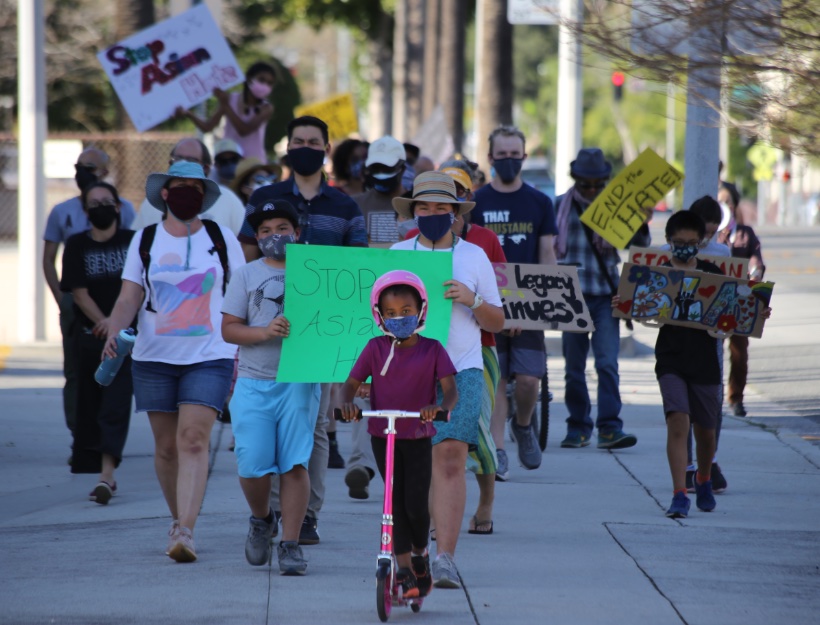 On Sunday March 28 from 4-6 PM in Altadena, members of the community from a diversity of racial backgrounds gathered together to march from Loma Alta Park to Charles White Park in order to protest the violence against Asian Americans that has been on the rise since the early days of the COVID-19 pandemic. As the group came together and listened to Pastor Steve Wong of Pasadena Covenant Church and Tammi Miller who works for Foothill Family Services speak of their own lived experiences, it became clear that this march was not simply to protest current injustices. Rather, the protest – organized and led by My Tribe Rise – sought to shed light on the long history of racism and abuse toward AAPI (Asian Americans and Pacific Islanders) within America. Enough is enough. Asian Americans will no longer stay silent about the struggles they have faced as people of color in America, and those of other racial backgrounds will stand side by side with them as allies.

A history of hatred

Throughout the history of America, Asian Americans have faced a discrimination that differs from what other POC (people of color) face and has often been used to drive a racial wedge between Asians and Blacks. Asians have been described as the “model minority” for decades, propping them up as prime examples of what immigrants should look like and using the success of some Asian Americans to dismiss the systemic issues of racism within our society. As Sarah-Soonling Blackburn described in an article for Learning for Justice, “This myth characterizes Asian Americans as a polite, law-abiding group who have achieved a higher level of success than the general population through some combination of innate talent and pull-yourselves-up-by-your-bootstraps immigrant striving.”

Just as the definition says, the idea of a model minority is a myth. Asian Americans are not some monolith all characterized by the same list of traits. They come from all over the Asian continent and have different cultures, values and ways of life. Asian American success is also not monolithic. If the data is separated by ethnic groups, it becomes clear that not all nationalities fare equally upon arrival to the U.S. For example, as NPR pointed out, “Bhutanese-Americans have far higher rates of poverty than other Asian populations, like Japanese-Americans.” Claiming that the success of only a few negates the suffering and discrimination faced by many is short-sighted and ill-informed. 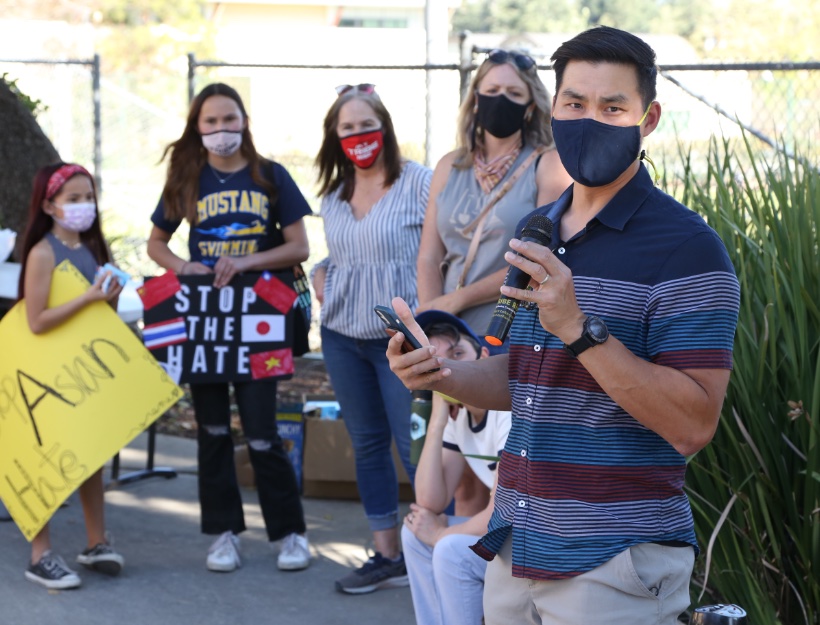 Attending the protest, I noticed a pattern in the speeches given by the AAPI speakers. So many of them spoke of how long they had stayed silent and downplayed their own struggles facing discrimination for their race. They were told that if they behaved well, kept their heads down and worked hard, they would be rewarded with success, or at least would avoid sufferings. Hearing their stories, it was clear that it is not only white Americans or other races who are fed and raised on the myth that Asians are the model minority: Asians are taught it themselves. When you are taught from a young age to show your excellence through obedience, it is difficult to speak up for yourself. It is a struggle to believe that you are right in speaking up against systematic inequality and not lazy or entitled as the model minority would say you are if you have not achieved success.

The term “model minority” was first coined in 1966 by sociologist William Petersen in an article he wrote for The New York Times. For something to be given a name it must exist beforehand and in the decades since that article the idea of the model minority is still prevalent within America. To step out against oppression when society refuses to acknowledge you are even being oppressed is a strange and unique struggle that Asian Americans face. But there is change coming. Just as the murder of George Floyd shone a light on racism toward Black citizens that could no longer be ignored and led to a wave of protests this past summer whose effects are still being felt today, the rise in hate crimes toward Asian Americans during COVID has led many Asian Americans to stand up for themselves alongside allies and speak out against the racism Asian citizens have experienced since America was founded. 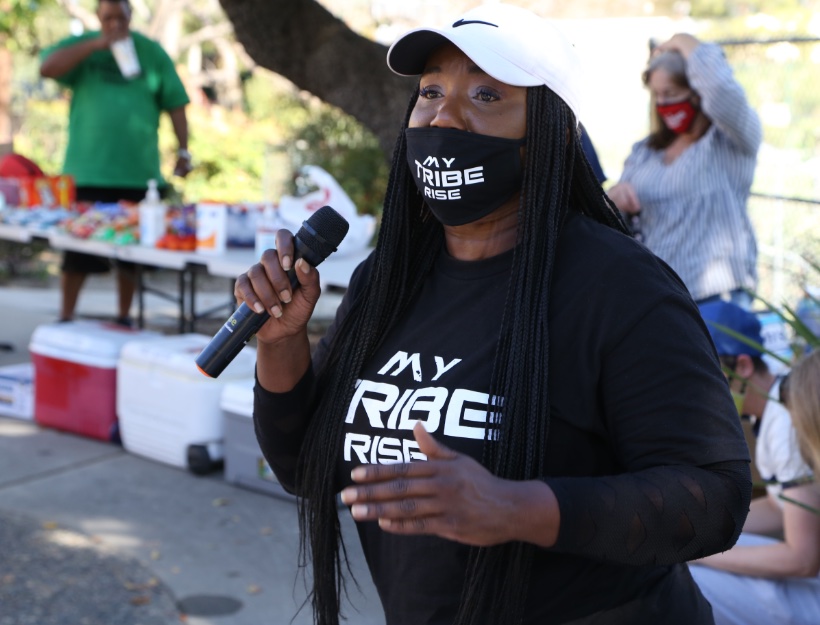 Coming together in support

With the rise in hate crimes against Asians during the COVID-19 pandemic and the media’s focus on highlighting African American perpetrators of said hate crimes, the awareness of tensions between Blacks and Asians within the United States is on the rise. At the root of these tensions is the same thing that sparked the BLM protests in the summer of 2020: white supremacy. In the face of such a long-standing scourge in America’s history, it was heartening to see protests like the one My Tribe Rise put together that Sunday which highlighted AAPI voices and was led and run by people of color such as Heavenly Hughes, Co-Founder and Director of My TRIBE Rise. Real, sustainable change for America will be found through minorities banding together, not by letting the demands and limitations of capitalism and white supremacy turn them against one another.

The first step to a brighter future

Altadena’s Stop Asian Hate protest was just one drop in the bucket of what is needed to bring lasting reform to America. But the fact that change is desired and fought for on the local level is a victory in itself. In order for the world to change, protest must happen not only in the capital cities and upon our TV screens, but also within our neighborhood streets and in our homes. Congresswoman Judy Chu has spoken out repeatedly against the hate crimes committed against Asians these past months, saying, “We must reject the xenophobia & bigotry that inspire this violence.” It was said at the protest in Altadena that one of the best ways to break racial stereotypes against Asians is to have Asian friends and hear their stories because once you see them as a friend, you see them as they really are, not as a caricature. Asian voices must be heard, not silenced. In Altadena, we saw just a piece of the good brought about by giving Asian Americans a platform to share their stories. Let us strive for change in these coming months so that the stories of racism and discrimination that are told do not end as tragedies but rather serve as catalysts to bring racial equality within America today.* 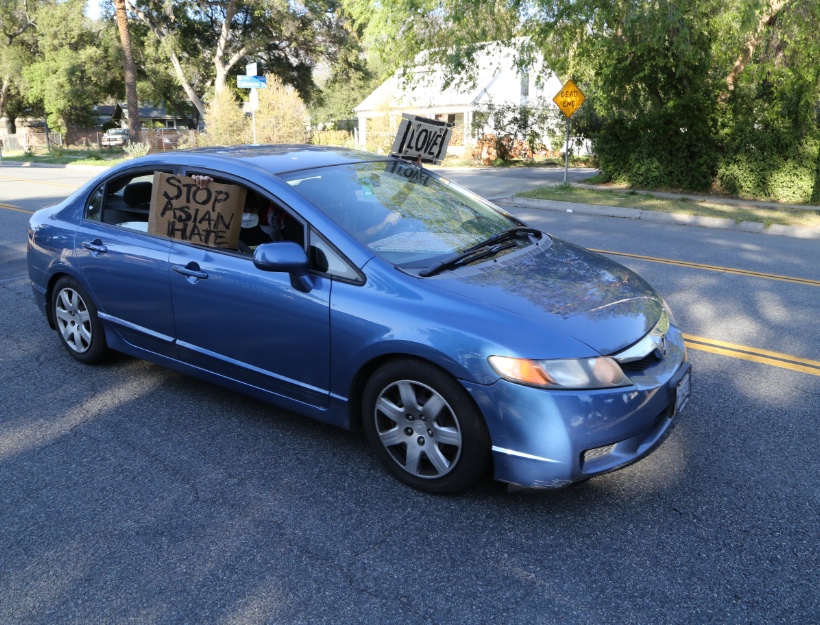