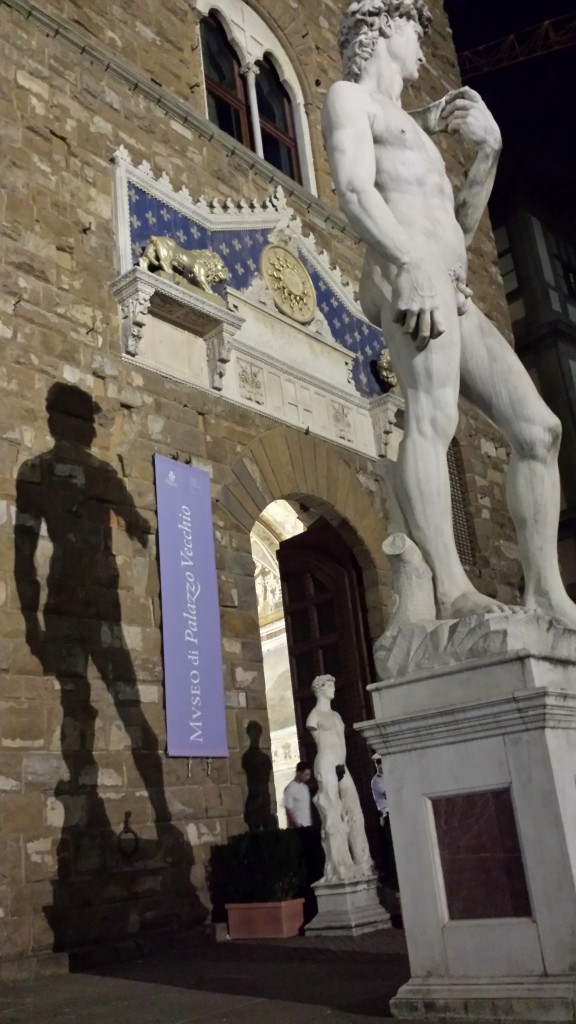 Michelangelo’s Statue of David saw his shadow last night, 9.8.14 – and every night in the Piazza della Signoria. Yeah, it’s the “fake” David, but it’s actually impressive, and the real one is very nearby! 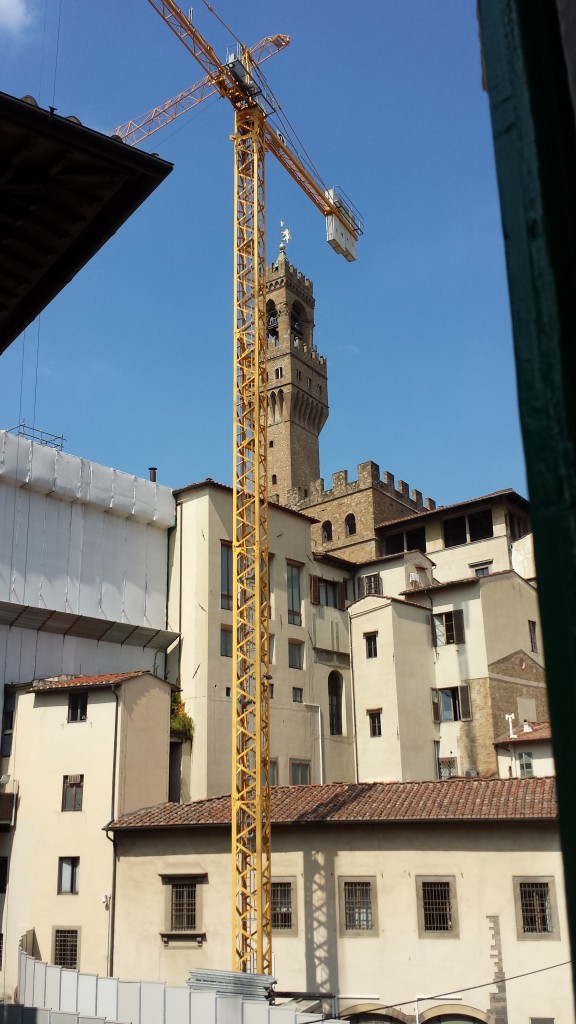 One of the “two towers” we can see from our apartment’s dining room window: Giovanni Villani wrote that Arnolfo di Cambio incorporated the ancient tower of the Foraboschi family (the tower then known as “La Vacca” or “The Cow”) as the substructure of the tower into its facade; this is why the rectangular tower (height 94 m) is not directly centered in the building. This tower contains two small cells, that, at different times, imprisoned Cosimo de’ Medici (the Elder) (1435) and Girolamo Savonarola (1498). The tower is named after its designer Torre d’Arnolfo. The solid cubicle shaped building is enhanced by the simple tower with its Giorgio Lederle’s clock. The other of course is indicative of 2014 progress… 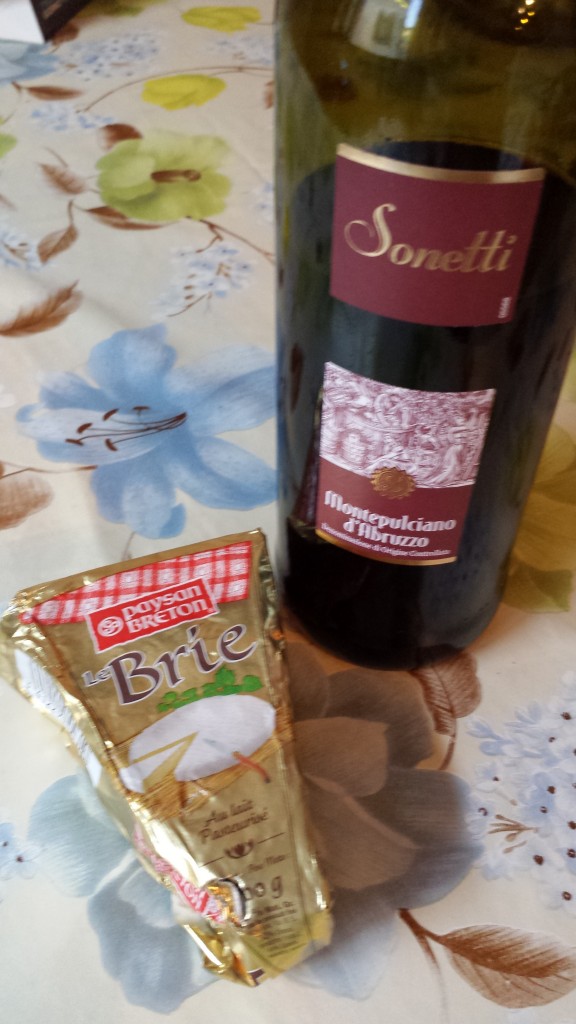