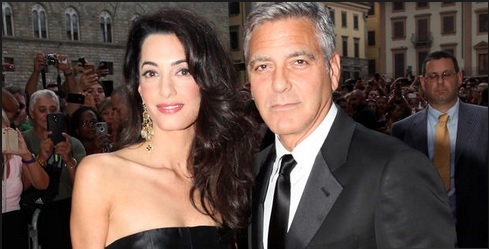 Okay, so someone special really wanted to know what my evening was like last night – so, here are my thoughts as I wrote them after about 11pm LAST NIGHT Florence-time : )

What do I see/feel in Florence after spending the night/evening last night by myself and lost?  Hmmmm?

The thing is, other than the tourists (there are still many in September) and a strong American presence (there are clearly a plethora of American “study abroad” programs at any one time in Florence!), what is the attitude, the outlook, of a true Florentine?

Well, tonight is La Festa Delle Rificolone (Festival of the Paper Lanterns) in Florence, which includes a rumored pageant (I never did stumble across it in all my walking!) to mark the occasion.  This festival is held each year on the eve of the feast of the Nativity of the Virgin Mary – which is an important occasion in Florence since the Cathedral here (the Duomo, Santa Maria del Fiore/St. Mary of the Flower) is dedicated to the Virgin Mary!

There was also a glamorous event happening at the same time called Celebrity Fight Night benefiting the Andrea Bocelli Foundation and the Muhammad Ali Parkinson Center.  My flatmate watched the local news as George Clooney and his fiance Amal Alamuddin, Andrea Bocelli and Muhammad Ali arrived at the gala.  George Clooney actually accepted a humanitarian award at the gala presented by Andrea Bocelli!  There were also at least two other big events happening as the parked high-end  Mercedes and Maseratis and their black-suit-wearing drivers scattered all around the city attested to.  There was also a high police/security presence including officials on horseback!

ALL of THIS was taking place in Florence as I walked around dazed and confused – didn’t we say meet at the “real” Ghiberti door at SEVEN, or was it EIGHT at the Basilica di Santa Croce, or the Duomo??  Argh!!  I actually was at these places multiple times keeping a look out – so it must have been NINE somewhere else… I dunno – these things happen!

Anyway, as I was saying, local media and police presence and what do I find?  A pack of yes, mostly women, standing outside the Palazzo Vecchio not just staring-up-at-the-second-story-window, but shouting things like… 1, 2, 3:  “GEORGE”!!  Not only was there a dapper, grey-haired man in a super-nice black suit leaning back on the open window frame, but next to said gentleman was a skeleton brunette in a slinky cocktail dress!  One final bit of evidence to the scene was that amidst these women’s giggles & shouts of “George” together in unison (their kiddies-in-strollers be danged!), another well-fed gentleman points overtly to the grey-haired gent and mouths “George” to the crowd.  Sheesh!!

Isn’t “paparazzi” an Italian word??  Ha – of course it is.  Yeah, I know, made famous in a Madonna song to us Americans, but I sure saw them out in force last night – and the locals?  Kinda reminded me of Hollywood ; )
*