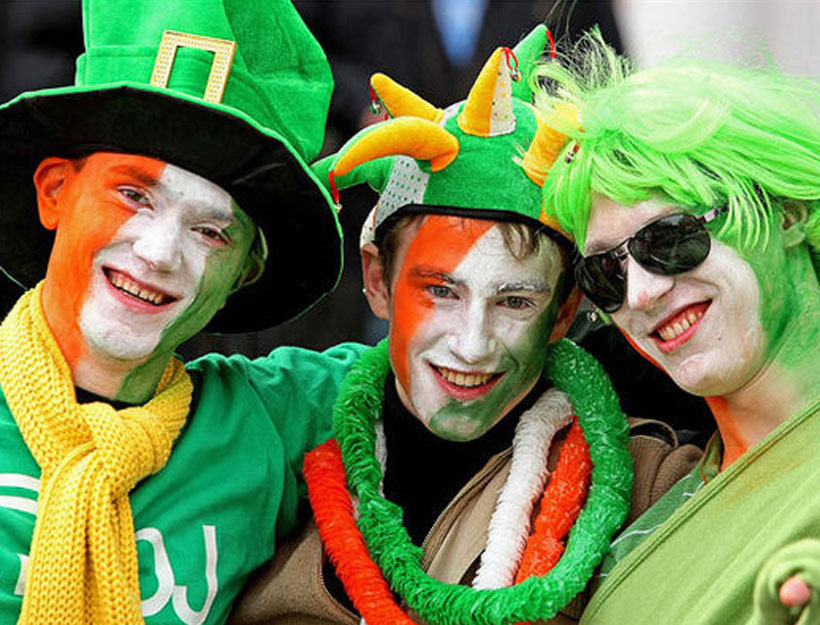 In my head, Paddy was a free-spirited Irishman who wandered the countryside, entertaining pub dwellers with backslaps, jigs, and tales of his adventures over a foamy cold one.

Turns out, he wasn’t even Irish… but he did have some adventures. 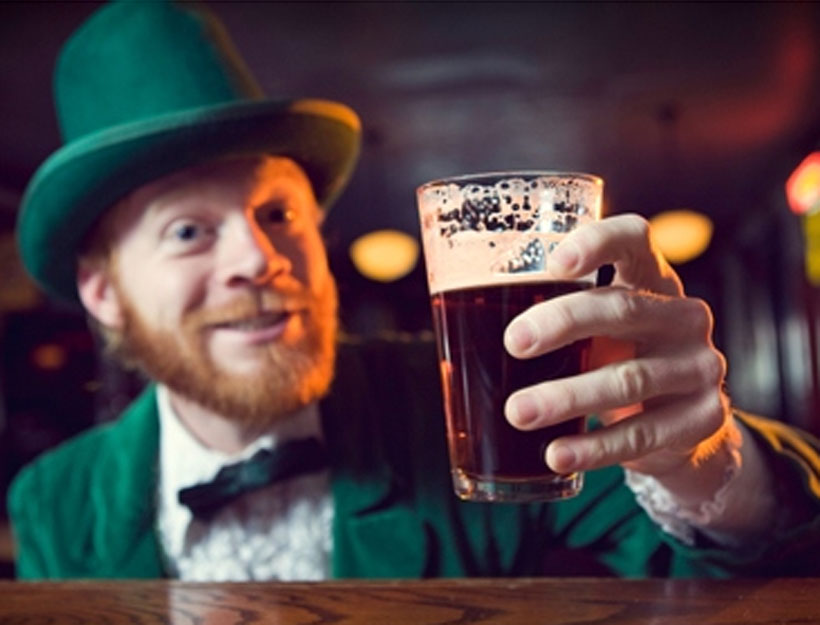 Patrick was born in Roman Britain sometime in the fifth century. While his father and grandfather held high positions in the church, young Paddy was not an active believer of Christianity. He was quite the wild one.

Patrick was captured by Irish pirates when he was sixteen, and enslaved as a shepherd in Ireland for six years. During this time, he began praying and adopted the Christian faith. In his written tale, The Confessions, Patrick wrote he heard a voice telling him he would go free and his ship was ready.  Fleeing his master, he travelled two hundred miles to a port, convinced the disagreeable captain to let him aboard, and returned to Britain. But the adventures didn’t stop there.

Arriving in Britain, the ship’s occupants walked for twenty-eight days through the wilderness and began to starve. Patrick, who was now in his twenties, encouraged them to put their faith in God to be saved. Shortly after this they encountered a herd of wild boar, and many converted to Christianity. After returning to his family, Patrick studied Christianity in Europe, joined the clergy, and opted to return to the land that had enslaved him- this time as a missionary. 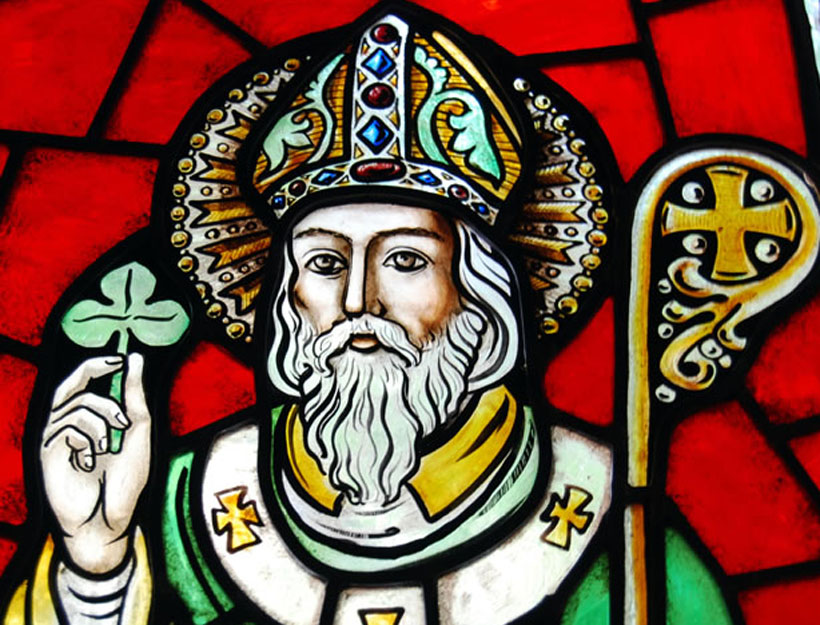 Today, Ireland is famous for its strong religious observance, but at that time it was seen as a land of drunkards and ungodly, wild men (Coincidently, so are most university neighbourhoods during Saint Patrick’s Day celebrations).

They didn’t exactly jump at Paddy’s offer of faith.

Tradition recounts that locals forced him to leave their towns, and he spent many years moving between villages. On different occasions he was beaten, robbed of all he owned, arrested, mysteriously kidnapped and held captive for sixty days, and was rumoured to have been on the executioner’s list.  Druids even wrote insulting songs about him:

Across the sea will come Adze-head, crazed in the head,
His cloak with hole for the head, his stick bent in the head.
He will chant impieties from a table in the front of his house;
And all his people will answer: “so be it, so be it.”

But Patrick stuck around. 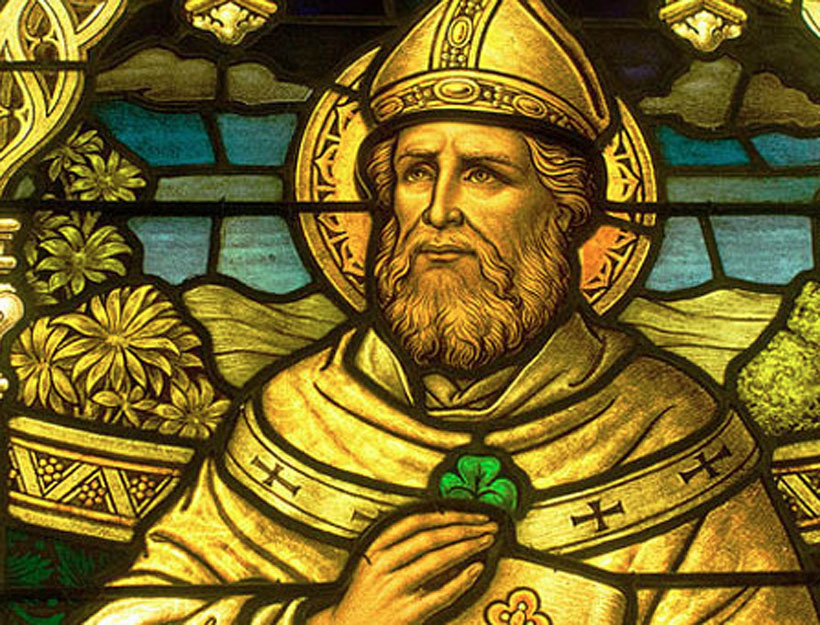 Slowly, very slowly, his popularity grew. He baptised many new believers and ordained priests to lead churches in their communities. Also, he wasn’t afraid to insult kings or officials.

Patrick wrote a public letter to feared medieval warrior and assumed King of Alt, Clut Coroticus, excommunicating him because he had enslaved Christian converts while in Ireland. In it, he labelled Coroticus and his soldiers “citizens of the devil” and associates of their arch enemies the Scots. Rumour has it, the mysterious kidnapping and sixty-day captivity followed.

By the time of his presumed death on March 17th, Patrick was nicknamed the “apostle of Ireland”. He was one of the first Christian missionaries and bishops in the country, and was the primary patron saint of Ireland. Most of those converted were slaves and outlaws who were then shipped overseas. Therefore, he is also named the patron saint of Australia, Nigeria, and Montserrat. He is known to us as Saint Paddy. 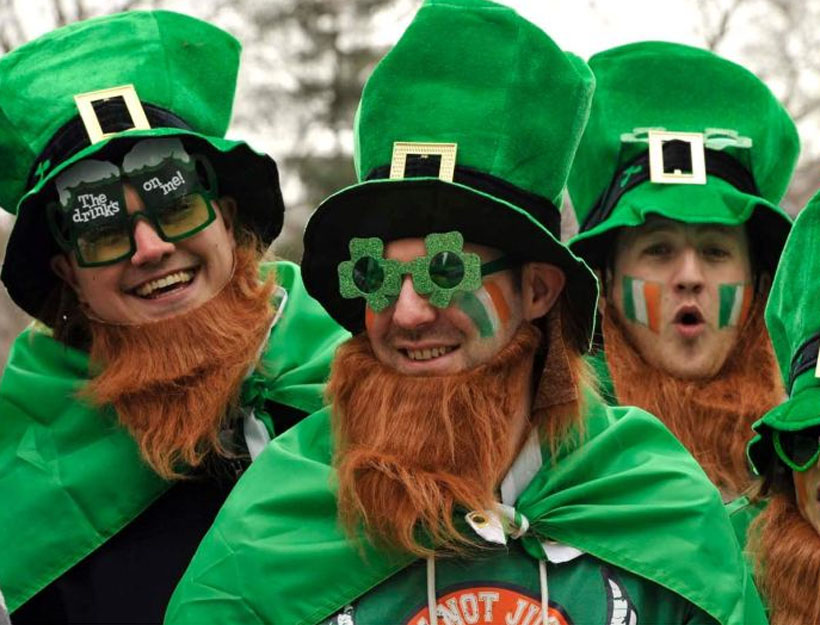 So today we drink and sing and jig, because today Saint Patrick’s is as much about celebrating Ireland and Irish culture as it is a religious holiday. We are also acknowledging a significant time in history- and the life and adventures of the man behind it.

To a university student like myself, the culture side is undoubtedly more fun, but the historical side was unexpectedly adventurous. History is full of highs and lows, good and bad, slave trades and sing-alongs. It’s understanding the stories that got us here that encourages us to make better ones now.  I hope you all had a great Saint Paddy’s and continue bettering your own tales and adventures.
* 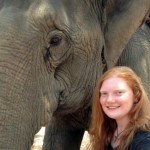